Public transport in the UK is often a source of complaint, but here’s one very big positive: posters and artwork relating to the London Underground or the rail network can be more valuable then people realise, and make wonderful collectors’ items.

The posters can often be design classics, too, so even if you don’t make much money from them, they can look great on your wall.

As an example, a collection of more than 25 large format Tube posters and drawings were put up for auction earlier this summer at £250-300 at Loddon Auctions in Reading. The illustrations dated from the 1940s onwards, and were catalogued as “an invaluable archive for anyone wishing to chart the various changes to the Underground system over the years”. According to Loddon spokesperson Gary Arkell, “there was a lot of interest and we ended up listing 60-plus pictures showing the backs and fronts of all items in the lot.” There were some curiosities in the collection, such as the misspelling of Pimlico station in one image. Fast-forward to the auction, and the entire lot sold for £1500, way beyond anyone’s expectations.

Although we are used to seeing vintage travel-related posters everywhere these days, and reproductions are readily available, the vintage poster market only dates back until the 1980s. Christies was one of the earliest auction houses to organise a sale dedicated to this category, along with Swann Galleries in New York.

A big turning point came in 1998 when the V&A held a very successful exhibition called The Power of the Poster. Returning to the travel theme, another big boost came when the London Transport Museum started holding regular poster exhibitions at its Covent Garden base.

So what should you look out for if you are thinking of collecting posters relating to public transport, particularly trains?

When vintage travel posters come to auction, they are graded from A-D. A is nearly mint, while D indicates the need for restoration. Water damage or tears and rips are obviously going to affect the value, but you may be able to get it repaired. There is a useful tutorial here – although it applies to movie posters, the principle is the same. Backing a poster with linen will help to keep it firm.

As with any artwork, the profile of the original artist will have a big effect on the value. Names to watch out for include Roger Broders, Emil Cardinaux, Edward McKnight Kauffer, and of course, the original designer of London Underground maps, Harry Beck. Beck (1902-1974) was an ordinary Londoner and pioneering technical draughtsman who created the original London Underground Tube map in 1931. He drew up the diagram in his spare time while working at the London Underground Signals Office – it certainly beats whiling away your lunch hour on Facebook or Sudoku. Another big name to look out for is Norman Wilkinson, who was commissioned by the London & North Western Railway in 1905 to produce artwork based on landscapes – in other words, selling the destination or the pleasures of the journey rather than focussing on the convenience of going by train. Many of Wilkinson’s images would stand as highly attractive paintings in their own right. Then there is John Hassall, famous for the iconic ‘Skegness is so bracing’ image.

Up until around 1950, travel posters were often produced using stone lithography, a relatively expensive and time-consuming process that gives a poster its particular look and feel. Posters produced using this method tend to be more valuable than those churned out using more modern techniques.

In terms of railway art, the golden age for illustration is considered to be from the 1920s and 1930s, when the ‘Big Four’ companies (who’d been formed by the mergers of a mind-boggling 123 private rail companies back in 1923) commissioned more and more lavish illustrations in order to win market share. The London and North Eastern Railway (LNER) was a particular leader in graphic design, bringing on board typographic pioneer Eric Gill and other significant artists of the time. Many posters from the 1930s were influenced by modernist movements in European art and design, and have a fascinating zeitgeist. Some lovely posters were commissioned after the war, too, although the market – and marketing - changed a lot when the Big Four companies were combined to form British Rail in 1948.

London will always be a popular subject, particularly inner-city areas that remain fashionable or a major tourist draw. Trendier resorts, such as Brighton and some in the south west, will also attract interest, as well as glamorous continental locations – the French Riviera in its pre-war heyday being a great example.

As with all printed material, if the print run was limited (far fewer transport posters were produced during world wars, for example) this will also affect value.

There are some great books on this topic, but a nice place to start is The Golden Age of Railway Posters by Michael Palin (yes, that Michael Palin). For a more general study, see A Century of Posters by Martijn F Le Coultre and Alston W Purvis, Lund Humphries (2002). 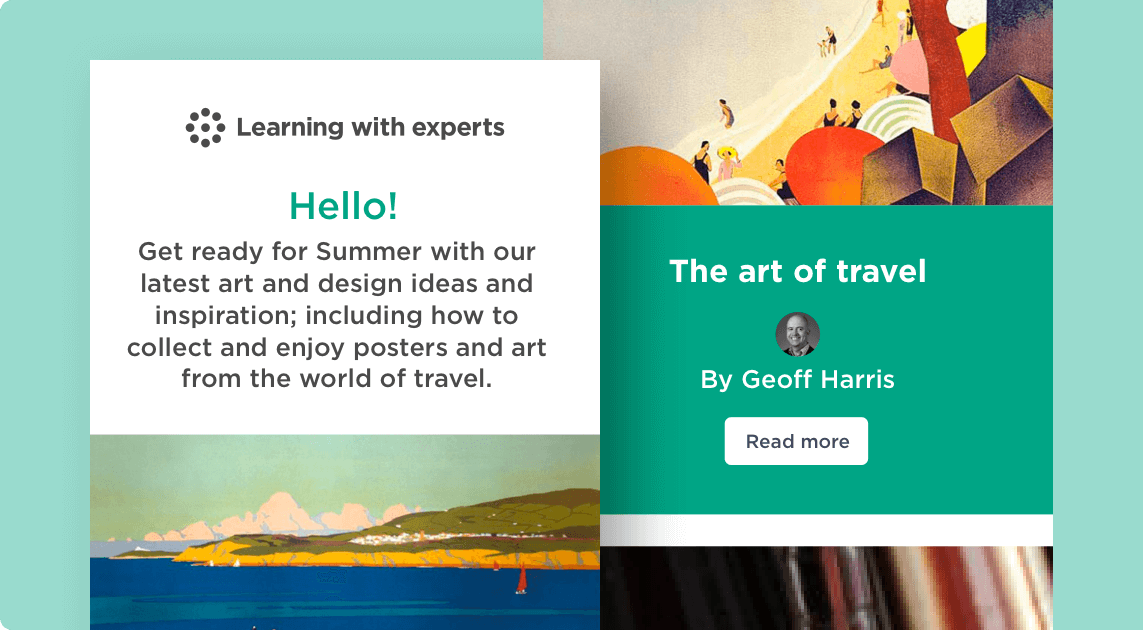