The American Horticultural Society (AHS), founded in 1922, is an educational, nonprofit, organisation that recognises and promotes excellence in American horticulture. One of the oldest and most prestigious gardening organisations, AHS is dedicated to making America a nation of gardeners, a land of gardens. Its mission is to open the eyes of all Americans to the vital connection between people and plants, to inspire all Americans to become responsible caretakers of the Earth, to celebrate America’s diversity through the art and science of horticulture; and to lead this effort by sharing the Society’s unique national resources with all Americans.

Meet the distinguished recipients of the 2017 AHS Great American Gardeners Awards. The individuals, organisations, and businesses who received these national awards represents the crème de la crème of gardening and horticulture in the US. Each has contributed significantly to fields such as plant research, garden communication, landscape design, youth gardening, floral design, and teaching.

The Liberty Hyde Bailey Award is given to an individual who has made significant lifetime contributions to at least three of the following horticultural fields: teaching, research, communications, plant exploration, administration, art, business, and leadership.

Executive director and president of Quarryhill Botanical Garden in Glen Ellen, California, who received the AHS’s highest honour, the Liberty Hyde Bailey Award, for his many important contributions to horticulture. 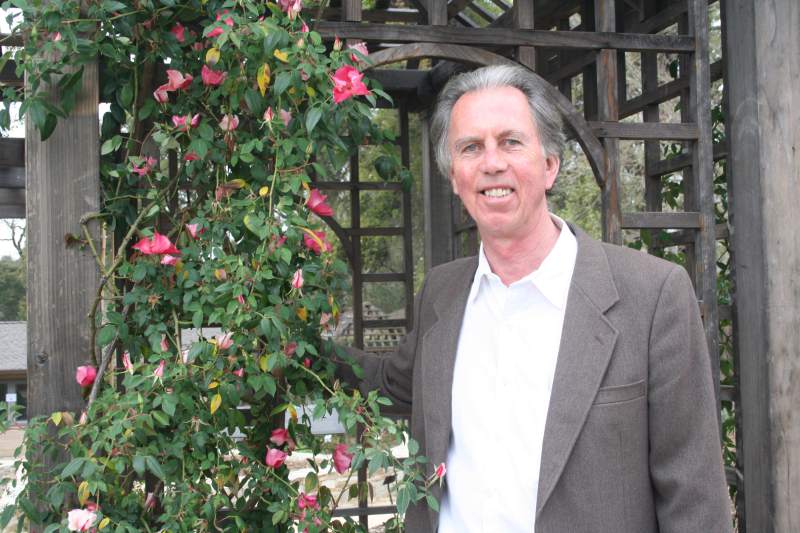 Recognises extraordinary achievement in the filed of plant breeding

Distinguished Professor of Horticultural Science at North Carolina State University. He heads the research program at the Mountain Horticultural Crops Research and Extension Center in Mills River, North Carolina. His work there has encompassed a broad array of landscape plants, such as dogwoods, flowering cherries, magnolias, and viburnums, resulting in the development of numerous improved cultivars. His breeding efforts also have focused on creating seedless cultivars of barberry, Japanese silver grass, and other popular but aggressive ornamental plants. 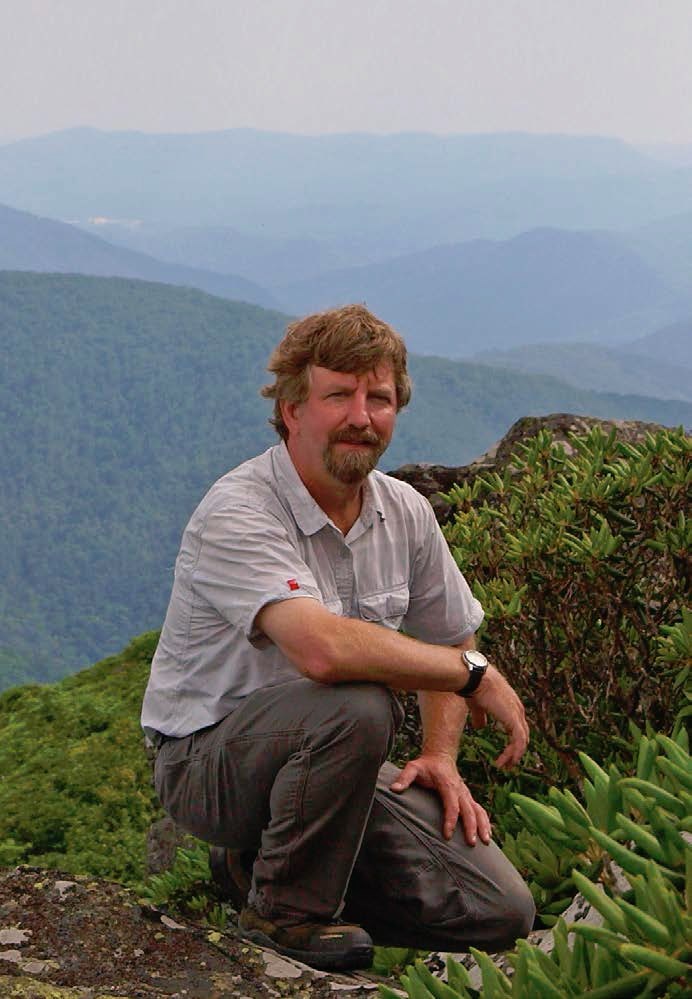 Given to an individual or company whose commitment to the highest standards of excellence in the field of commercial horticulture contributes to the betterment of gardening practices everywhere.

Allen Bush opened Holbrook Farm and Nursery in Fletcher, North Carolina, in 1980, pioneering mail-order nursery sales. He then helped to establish the North American office of Jelitto Perennial Seeds. Bush’s introduction, Heuchera ‘Molly Bush’, received an Award of Garden Merit from the Royal Horticultural Society, and he received the Perennial Plant Association’s Award of Merit in 2011. 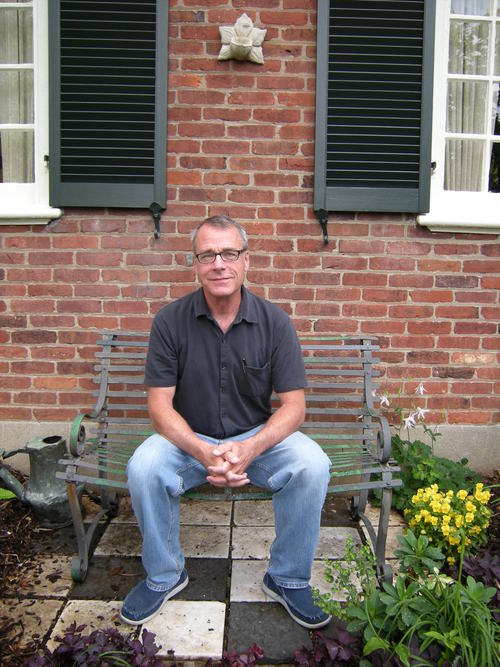 Given in the early stages of an individual's career, this award recognises significant achievements and/or leadership that have advanced the field of horticulture in America.

Horticulturist, landscape design consultant, and garden communicator who serves as the foodscaping and landscape design correspondent for the PBS show “Growing a Greener World” and her first book, The Foodscape Revolution, was released this spring. In an effort to get younger horticulturists better connected with their peers in the field, she helped found the Facebook forum, “Emergent: A Group for Growing Professionals,” and serves as a member of the AmericanHort NextGen committee. She currently serves as a national director of the Association for Garden Communicators for the Southeastern United States and sits on the Executive Committee for the International Plant Propagators Society, Southern Region. 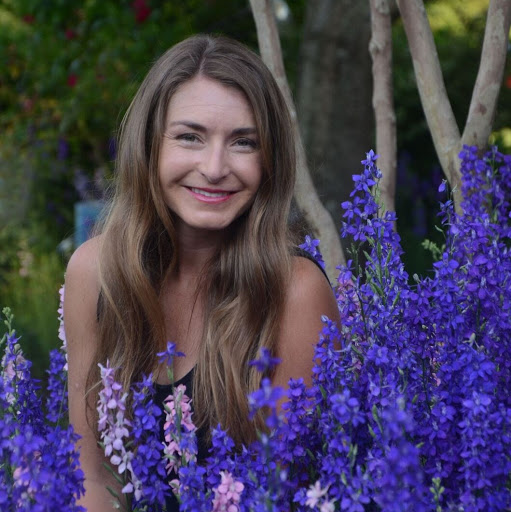 Given to an individual whose work has demonstrated and promoted the value of sound horticultural practices in the field of landscape architecture.

Dedicated more than 30 years to public landscape design, working on projects at more than 50 botanical institutions in 28 states. After spending two decades with the firm Environmental Planning and Design, she co-founded her own firm, which was recently renamed Pashek+MTR.

She has also served on the Board of Directors of the American Horticultural Society and assisted the organisation with the creation of a master plan for its 25-acre River Farm headquarters. 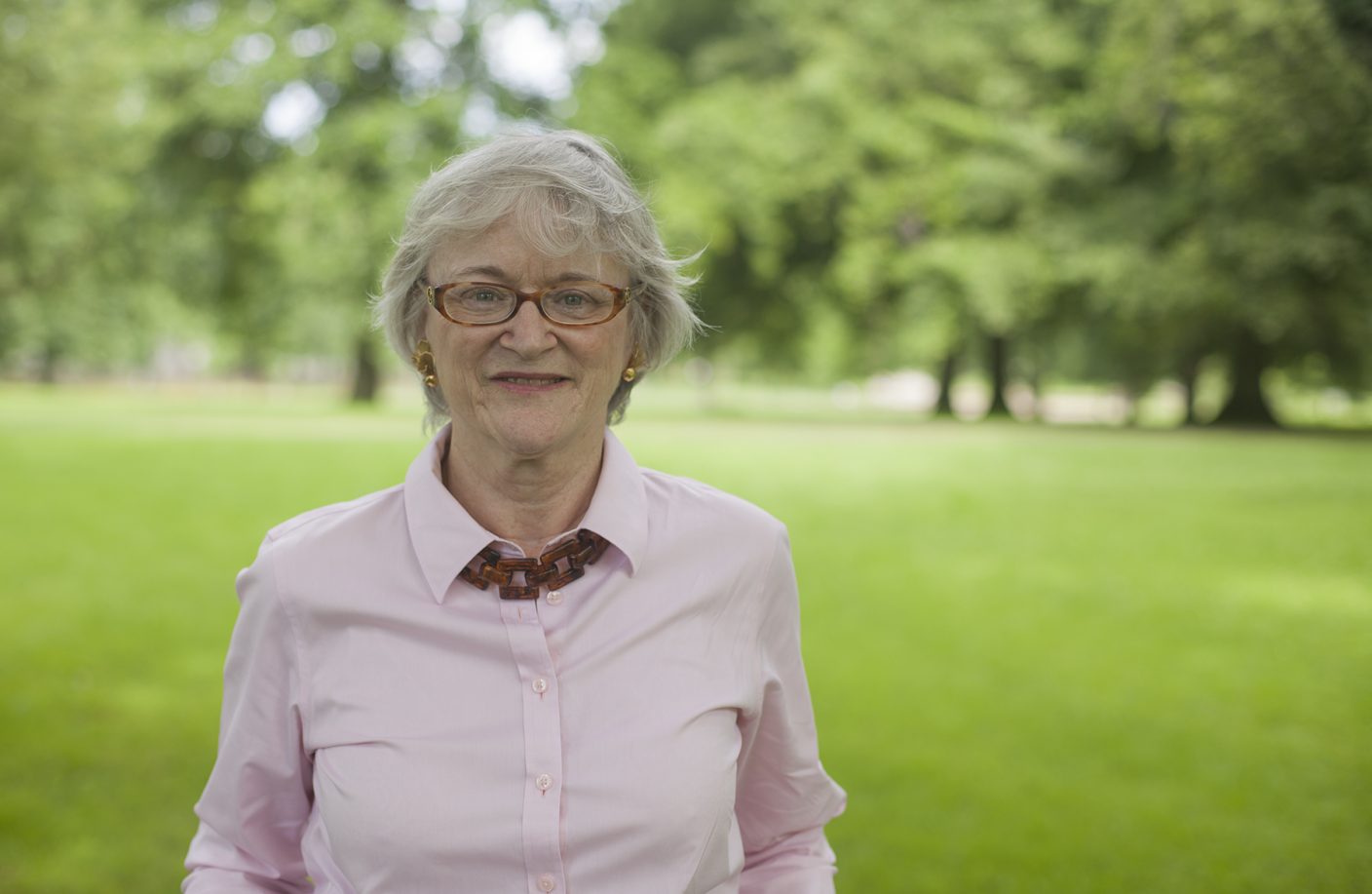 Recognises a past Board member or friend of the American Horticultural Society for outstanding service in support of the Society's goals, mission, and activities.

Dedicated volunteer at the American Horticultural Society’s River Farm headquarters for 20 years. During this time, she has enthusiastically lent a hand wherever it was needed and inspired many other volunteers with her passion for gardening. At River Farm, she has spent untold hours weeding, planting, pruning, and doing myriad other gardening tasks, as well as helping to package seeds and fill orders for the annual AHS members-only Seed Exchange.

Recognises effective and inspirational communication - through print, radio, television, and/or online media - that advances public interest and participation in horticulture.

Senior acquisitions editor for Timber Press, where he has focused on bringing the most inspiring and environmentally responsible gardening books to eager and avid gardeners. His own books — Perennial Companions: 100 Dazzling Plant Combinations for Every Season and The Gardener’s Colour Palette — were published by Timber. 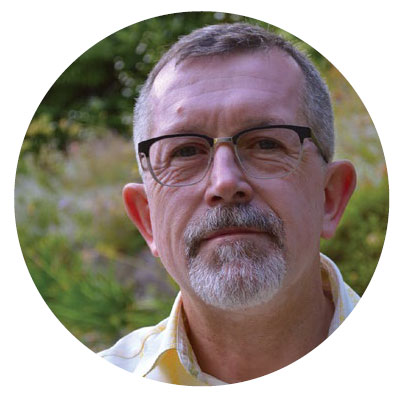 Given to a public garden administrator whose achievements during the course of his or her career have cultivated widespread interest in horticulture.

President and CEO of the San Diego Botanic Garden in Encinitas, California. Over his 20-year tenure there, he has led its transformation from a struggling county-run garden with depleted financial reserves into the successful nonprofit organisation it is today. He is a pioneer in advocating for the growing role of zoos in conservation and horticulture.

Given to an individual, organisation, or program that has inspired and nurtured future horticulturists through efforts in children’s and youth gardening.

Children’s education specialist at the U.S. Botanic Garden in Washington, D.C., where she has been introducing kids to the importance and wonder of the plant world for 20 years. She also conducts professional development programs for teachers to help them engage their students in plant-based learning. 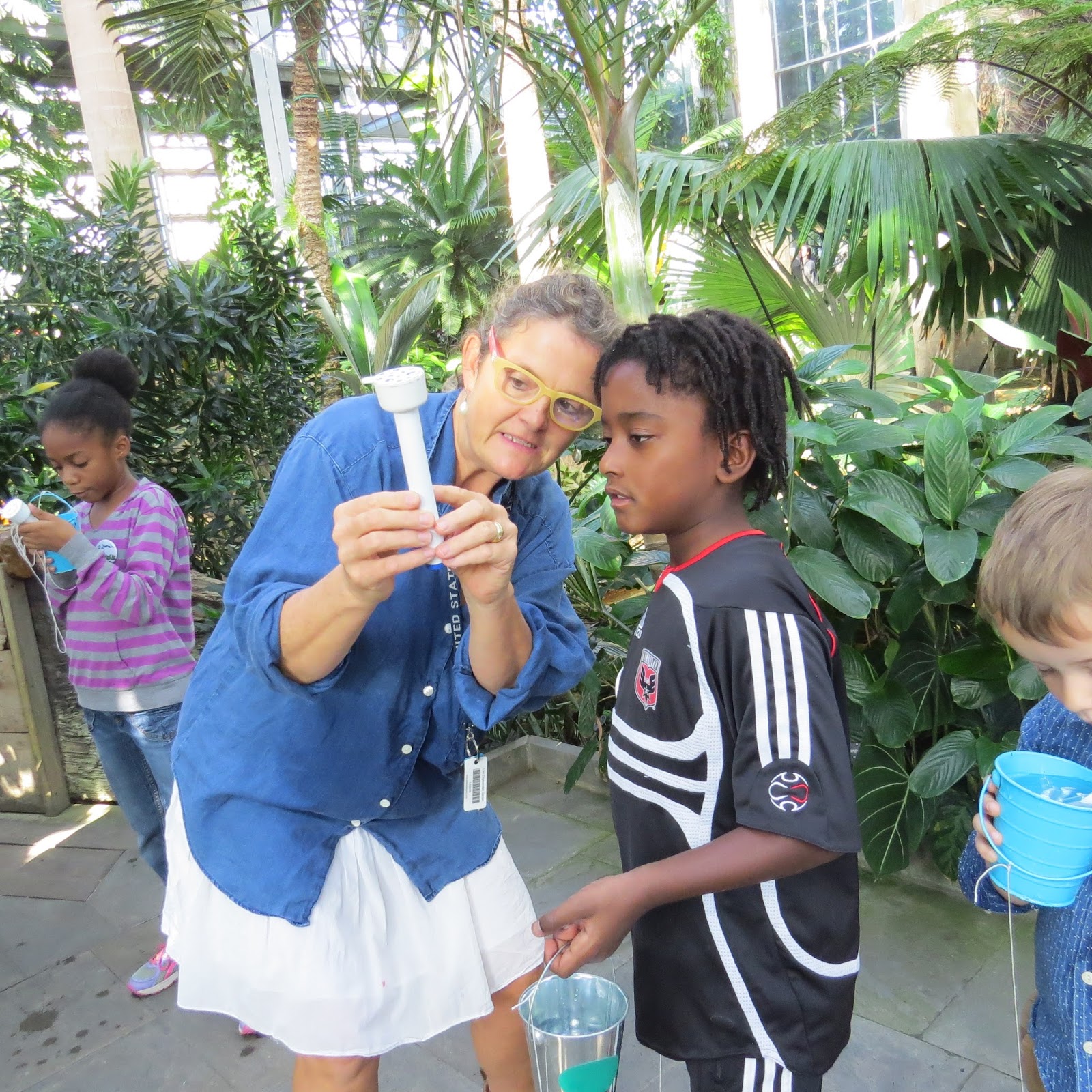 Given to an individual whose ability to share his or her horticultural knowledge with others has contributed to a better public understanding of the plant world and its important influence on society.

Creation of agricultural development projects in Latin America that have benefited thousands of small-scale farmers, women, and children. She has led numerous horticulture and nutrition training programs for kids in Central America. She also has served as a mentor and advisor to student and development organisations in Latin America and Africa working to improve horticultural techniques and food production programs.

In her current role as program manager for the nonprofit Conflict and Development Foundation, based in College Station, Texas, she works with student teams to create innovative solutions to problems farmers face. She also coordinates research on agricultural issues affecting rural women and youth.

Given to an individual, institution, or company for significant contributions to urban horticulture and the beautification of American cities. 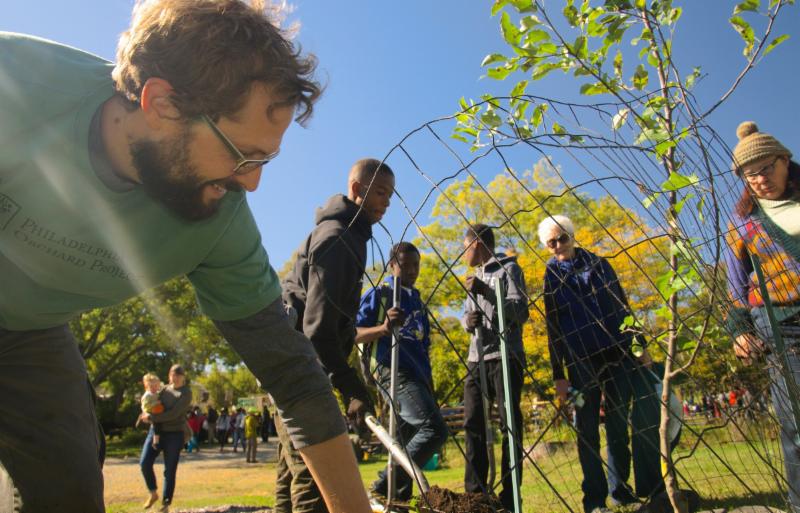