So having spent the morning here at the Chelsea Flower Show Press Day, (my first time on press day) – it’s certainly struck me how important the people are as part of this event.  It’s the people, as well as the incredible plants and show gardens, that are bringing the excitement.

I’ve been to The Chelsea Flower Show on public days for many years now – and often been frustrated by the people.  They get in the way basically!  You can’t get to see the fabulous plants and gardens, because so many people are there – with  their camera phones, big hair and their pointy elbows.  Intrinsically I’m a plant person; not a people person.   So this is annoying for me.

But press day at The Chelsea Flower Show is different.  There are far less people for a start.  You can move about freely, and see things.  And the beauty of the show gardens and plants really does shine through.  But there’s no denying it, so does the gravitas of the event for the celebrity spotters.   And along with the high profile celebrity gardening enthusiasts, comes the media circus.  So our first live Chelsea Flower Show blog post here on The MyGardenSchool blog is about the people.  Then we will delight you with some of our favourite gardens and plants later (the important bit) - when we’ve got the people out of the way!

On our way in we bumped straight into Laurence Lewelyn Bowen and his family.  Actually they were a good bunch to walk behind, setting the tone for the event, chatting and laughing with the stall holders along the main avenue. 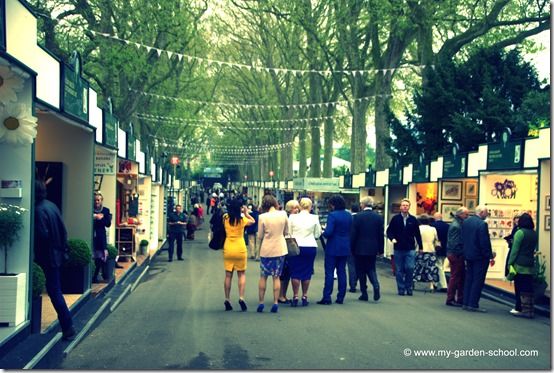 This gave me a chance to just get my bearings, get all the information from the press tent, maps announcements, wifi and the like.  And then made my way towards the Pavillion to hear the announcement from the Hilliers team on the stand.  I have to say – their stand is mind-blowing.  I don’t usually feel that about stands in the Pavillion at The Chelsea Flower Show.  But it did take my breath away.  Go and see if if you’re visiting The Chelsea Flower Show this week (well frankly you can’t miss it).  It definitely helped that I saw it in all its splendour without the crowds.  The journalist next to me said it was like the most incredible wedding cake.  Anyway more of this later.  I can’t help but digress onto plants and gardens!  So back to the people. 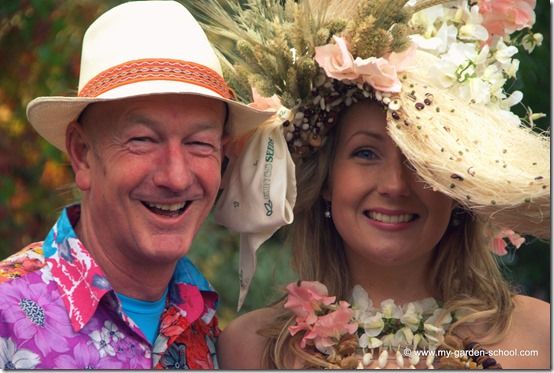 Soon it became apparent that the little crowds of people I could see gathering around things, were not in fact gathering to see a rare plant, or an exceptional design – but they were gathering because a celeb was there to be photographed.  To start with I felt a bit sorry for the celebrities, then when I moved closer, they actually seemed to be enjoying the circus I think.  Joanna Lumley and Maureen Lipman were definitely having a laugh. 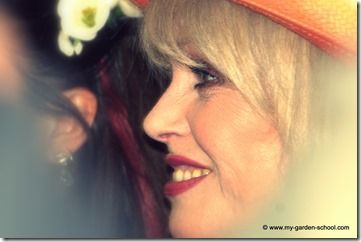 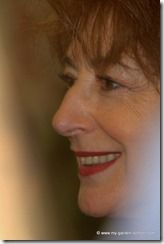 Above;  Joanna Lumley and Maureen Lipman at The Chelsea Flower Show 2013

They seemed to have come together (by the way I didn’t photograph them together as I’m far too diminutive and non-aggressive to make my way anywhere near to get a decent photograph amongst the real paparazzi!). But Joanna Lumley and Maureen Lipman definitely looked like they were having fun. Perhaps they just get the photography done first, and are then liberated to skip around a bit and actually enjoy some plant and design action. 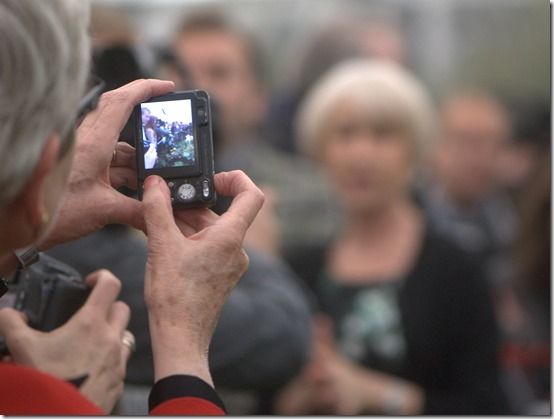 Helen Mirren at The Chelsea Flower Show by MyGardenSchool

Dame Helen Mirren also created a media frenzy.  Again I couldn’t tell you which show stand she was even next to!  Which plants she was looking at were totally overshadowed by the number of photographers and journalists.  But then I suppose this is press day – so what did I expect!  Dame Helen Mirren did also seem to be having fun I have to say.  Perhaps the Chelsea Flower Show really is like a pleasant day off for the glitteratti celebs to come and get their fingers dirty (well nearly). 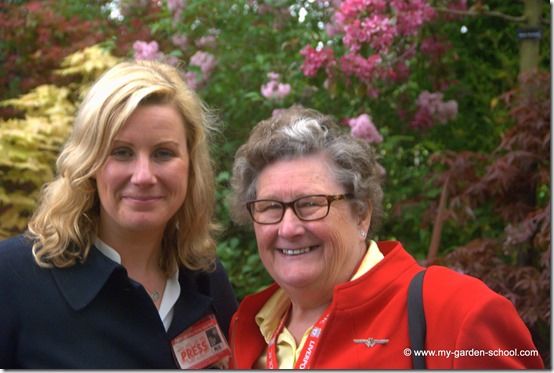 The Reckless Gardener on The Hilliers Stand at Chelsea

The real celebrities to me though, are actually the people I’ve begun to get to know in the gardening world since I’ve been working on MyGardenSchool.  The people I’ve met through twitter, the online world of passionate gardeners and horticulturists, all of whom come together on this special day.

Above is The Reckless Gardener (aka Sandy Felton) @reckgardener– a twitter and blogging gardening friend.  So good to meet in person at last.   And Nicola Gammon (from Shoot) @shootgardening, are both online gardening types, so communicate regularly online – but again rarely meet.  These are the people who are really changing the gardening industry in my view. 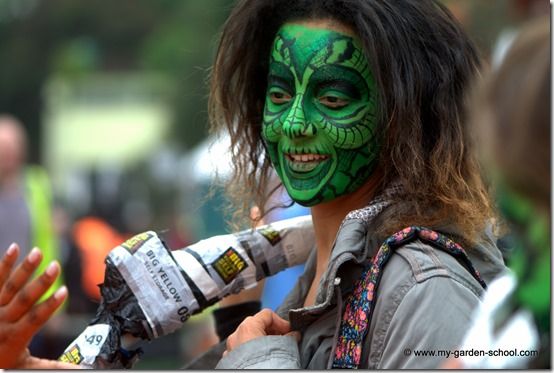 I don’t know who this green person is.  But they looked spectacular!  And I’m also spotting great hats whilst I’m here too.  Now onto the real reason for being here:  The plants, the designs, and maybe just maybe I’ll have a glass of bubbles later too.  To celebrate 100 Years of this incredible, and terribly British, society day that celebrates our love of gardening. 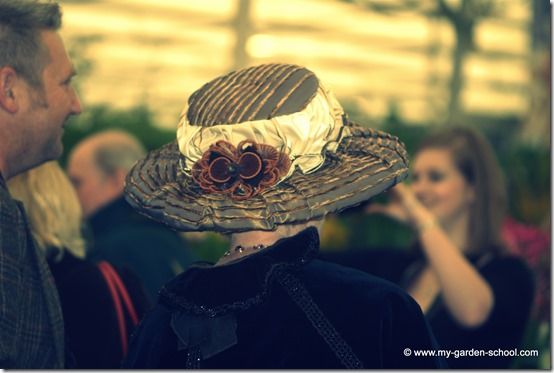 The Chelsea Flower show by MyGardenSchool

PS  Quick… Apparently word on the street is the Royals have arrived..!

Thanks to (in no particular order) the following people for allowing me to photograph them:  Sandy Felton, Nicola Gammon, Laurence Lewelyn Bowen, Dame Helen Mirren, Joanna Lumley, Maureen Lipman, Andy McIndoe, The Green Girl, and the Lady in the Brown Hat.