Garden Designer, Cleve West is the winner of seven RHS Gold medals and has returned after a year off.  He’s this year designed the M and G Garden.  It was actually the first garden that I saw walking into the show ground – and with Stipa backlit by the dawn sun, there was much excitement amongst the garden photographer community (luckily our roving iphone reporter for MyGardenSchool doesn’t need much space for the teeny titchy ipod tripod!). So here are a few of our shots looking at this quite remarkable garden for that moment in time.

So Cleve West’s show garden at Chelsea this year is a contemporary tribute to the original purpose of the paradise garden concept.  This was invented some time ago by the Persians – over a thousand years ago – and paradise gardens are usually known as spaces where you go to contemplate life, and seek sanctuary. 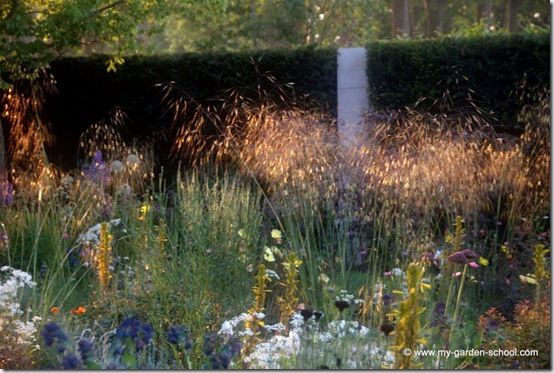 Ancient elements of water, share and planting have been used to create a paradise garden for the sanctuary seekers of 2014.  The result is a showcase of how Brisih garden design continues to evolve – yet retains some of the strong features that stand the test of time.  (reflecting the values of M and G).

What are the plants in Cleve West’s Chelsea Garden 2014?

What are the plants in Cleve West’s Chelsea Garden 2014? 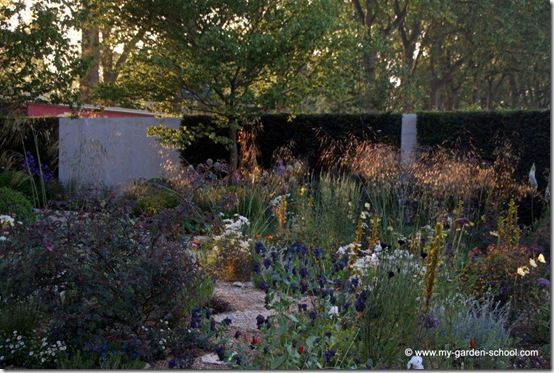