Here is the small border at the entrance to my trial gardens in Amsterdam. It has been the same for more than ten years and requires less than an hours maintenance per year.

Plants live together in communities sharing the same space and resources. Over time conditions change and when this happens, it will favour one of them more than the others. The community adapts and maybe one species becomes more evident than others, but together they coexist, each finding a niche within the total community by taking advantage of a specific aspect of the available resources and thereby maintaining their position within it. 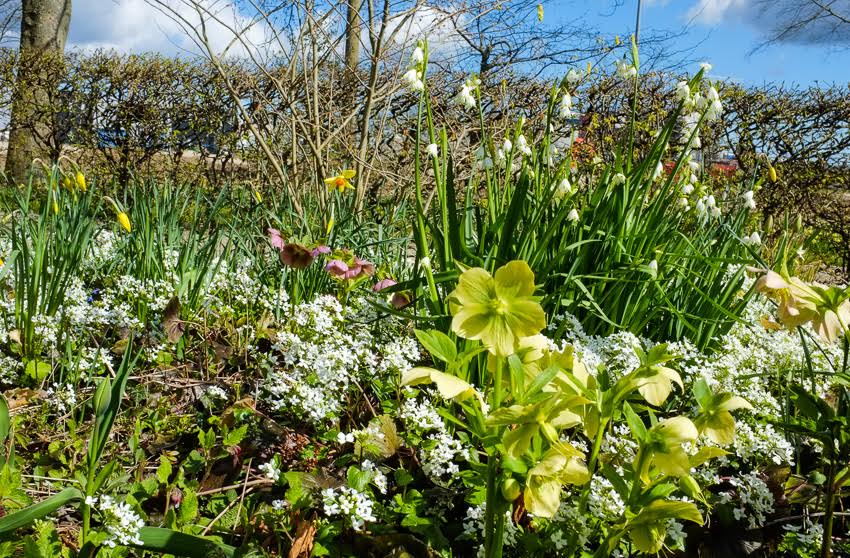 When designing a so-called naturalistic planting scheme, our aim is to create a community of plants in which the balance between its different components is retained over time. Over time maybe one species will grow strong at the expense of its neighbours and, as designers, we will realise that our original mixture of plants was not so perfectly balanced as we had hoped. We have just two choices here: either we replant the weaker species each year to maintain the visualised design, or we accept the adapting mix of species and follow its progress for as long as it still fulfils our general design objectives.

My entrance border has been used over the years for trialling many plants. I also added some trees and large growing shrubs which over time have dramatically altered the available growing conditions there. Today this border has reached a sort of equilibrium in which what grows there can grow there as long as I, as the gardener, take certain steps each year to maintain the look I find acceptable. 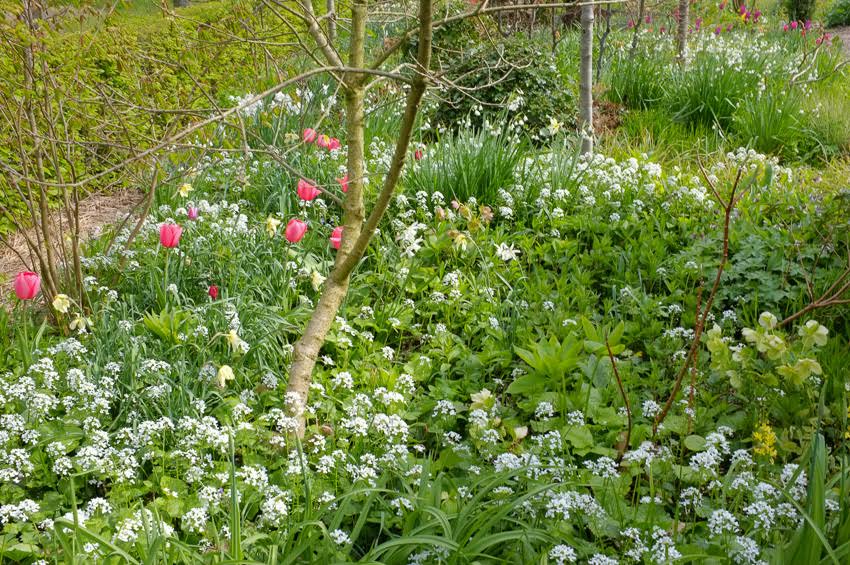 In this specific case a mix of tough ground-covering perennials and bulbs have found their niche in the dry soil amongst the roots of the shrubs and trees, but there is one exception. A wild aster had seeded itself into this border many years ago. In flower this aster is tall and airily attractive, but it is an aggressive spreader, both by seed and root. In a fertile garden border such a plant would become an intolerable weed, but here it must fight for its existence. Inevitably though it is stronger growing than its neighbours and this is where I, as the gardener come in. In mid-summer I walk through the border and remove by pulling most of its stems, leaving just a few at the rear of the border to flower. Again in early winter I give this border its annual tidy-up and rigorously pull up every one of the aster’s stems; what remains are the roots which facilitate its reappearance the following spring.

Naturalistic garden borders are not wild plant communities, but rather artificially conceived evocations of nature. As designers and then gardeners the ways we manage them will determine their aesthetic appeal. In the case of my entrance border, were I to allow the aster its freedom it would come to dominate the ground layer at the expense of its more attractive neighbours. 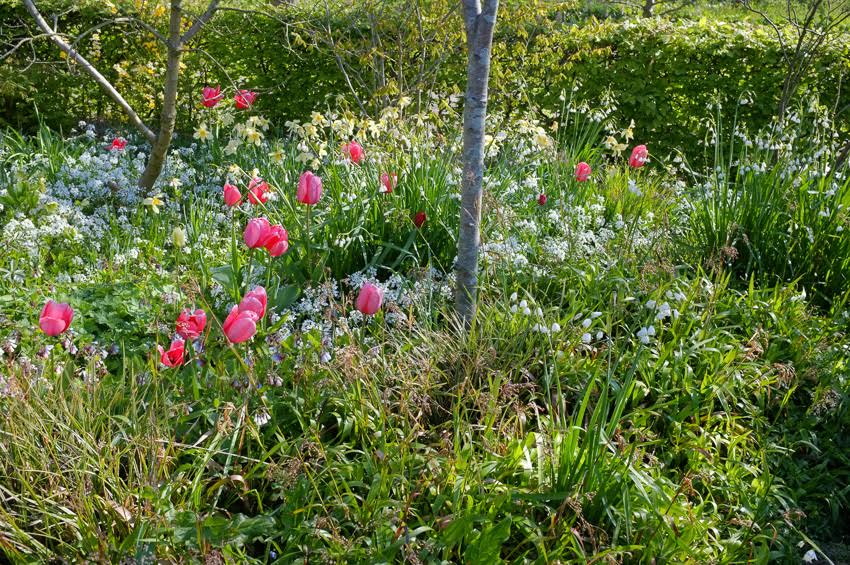 Understanding how plant communities adapt and evolve over time is crucial to establishing successful naturalistic planting schemes including both mixtures of perennials and also trees and shrubs.