How to Tackle a New Build Garden

It’s an exciting thing to do: starting the new garden of a newly build home. It is a blank canvas, so you can make it just how you want it. There’s probably no urgency if you’ve just moved in, there is the inside of the house to tackle first. Anyway the developers have probably laid turf and planted the odd shrub or tree. Perhaps the patio doors already open onto a patio that has been laid for you? One thing is certain, it will be fairly empty and it will look like a bigger space when empty than it really is.

I took a look at some pictures of new build gardens. Some are described as beautifully landscaped: like this on with turf and a solitary, poorly positioned tree. It will be an interesting exercise attempting to cut that funny little triangle of grass to the left of the rectangular terrace. 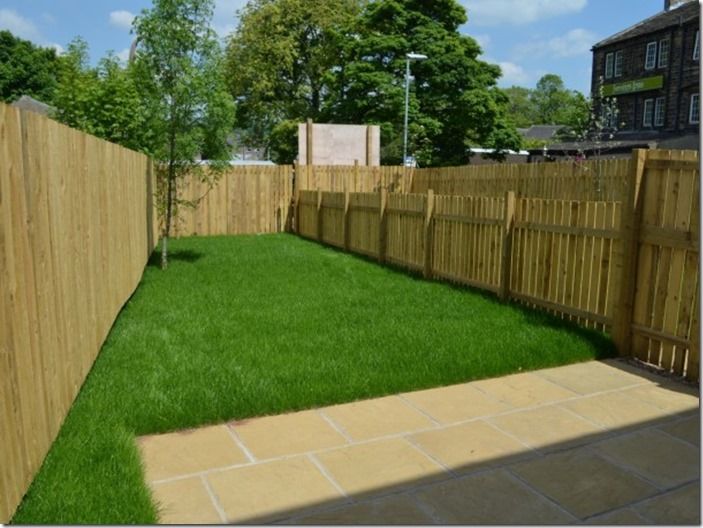 Your first big challenge will be what is beneath the surface. Even if turf has been laid the ground beneath it is probably compacted by movement of machinery, full of brick rubble and debris and is mostly subsoil anyway.

The good quality topsoil was probably dragged to one side and sold off before building work started. What comes back is a lottery! If in doubt ask that turf is not laid and work on the soil before you start.

Add loads of soil conditioner, such as spent mushroom compost, cultivate deeply and get rid of as much rubble and rubbish as you can. The condition of the soil is the foundation of your garden 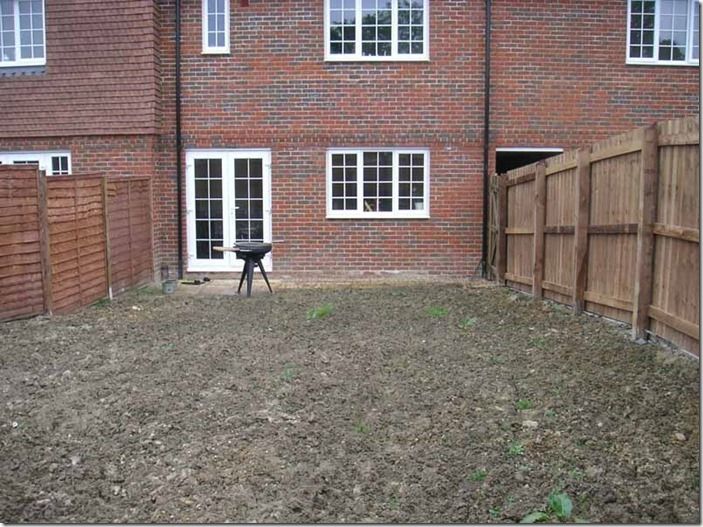 If turf has already been laid badly as in the garden below, and a ridiculously small amount of hard surface laid by the house, my inclination would be to rip it all up and start from scratch. Lift the turf and stack it upside down in a corner of the garden and leave it to rot. This will produce a good organic loam which can be added to beds and borders in a year of two when fully composted.

If the grass has established and looks fairly even and healthy you may be lucky. Perhaps your plot escaped the gruelling treatment usually inflicted on the outside space of new properties.

However this is a blank canvas and the first thing to do is to work out how you are going to soften the lines of that box you’ve inherited. Gardens are getting smaller and high fences surrounding a rectangle of boring grass is a great way to accentuate a small plot. Aim to soften those corners and blur the edges with bold planting a tree or two and some interesting shrubs. The worst thing you can do is follow the fence line with a narrow border of bedding plants. This just draws attention to the boundaries. 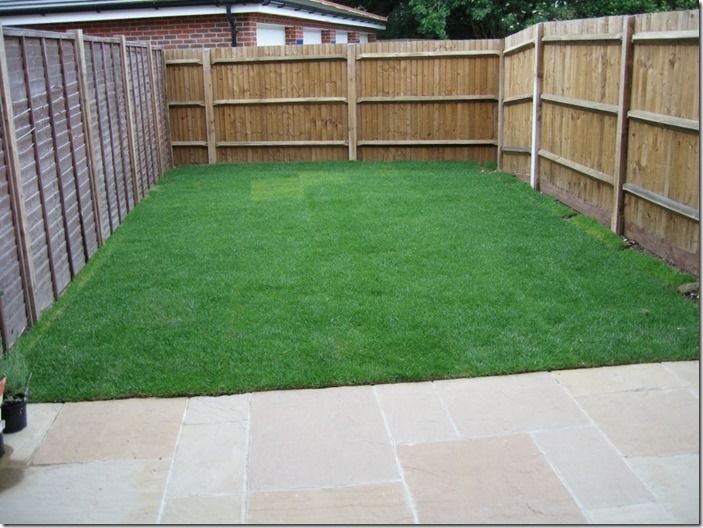 I bet if borders have been made they are too narrow. Now is the time to sort it. Minimum width 1 metre (3ft), ideally double that or more. If planting has been done and it is inappropriate take action at the outset. Even in top end developments weird planting takes place. This row of pencil cypresses in a line along the wall is just weird. A good evergreen climber would make such a difference. 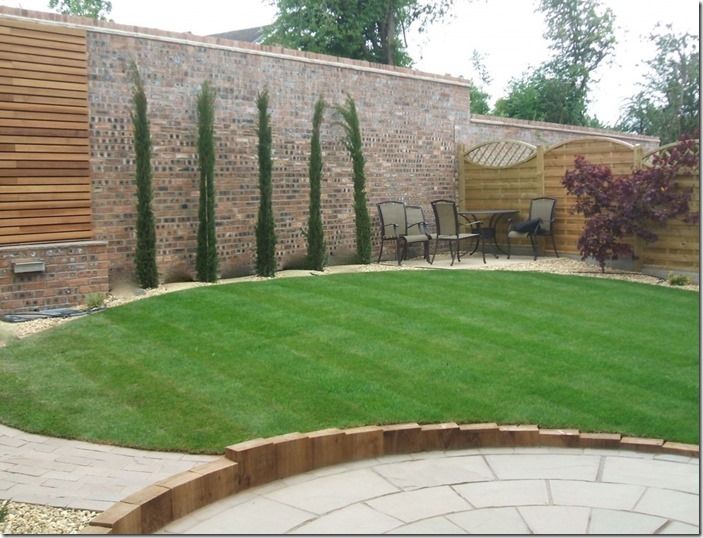 The choice of plant material in the garden below is better but you can tell the landscaper just followed the plan without any consideration of what could be achieved. Repositioning the trees would obscure the windows of the houses beyond. Realigning the plant groupings could make this an attractive border rather than a boring bedding scheme. The tiny bed alongside the terrace is ridiculous. If enlarged it could encompass the manhole cover which remains as a feature in the middle of the lawn.

Of course a new build garden can become a whole lot worse if you get in a landscaper that does part of the job and scrimps on the planting. This terrace could look so much better if surrounded with good planting. The row of conifers is just ridiculous. Turf right up to the wall is a huge maintenance issue and make the construction look hard and industrial. The home owner just spent a lot of money on something that has not enhanced the property. 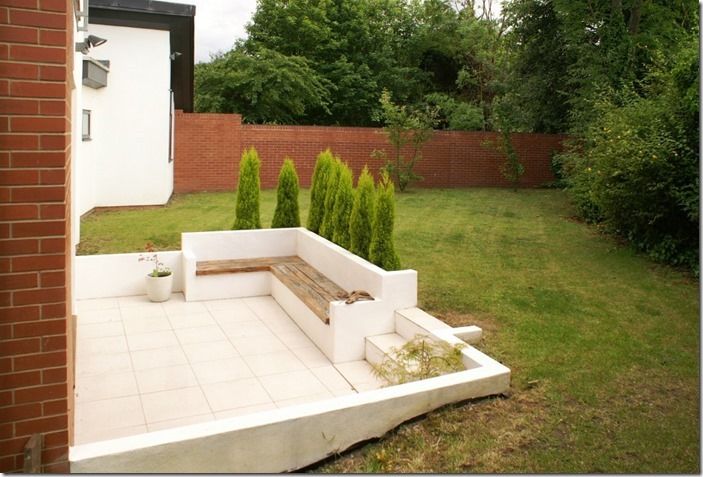 I could write a book on this subject but for now I will just emphasise that it is vital to sort the basics at the outset.

Cultivate, get rid of the rubbish, condition the soil or bring in topsoil from a reliable source.

Sort out the surfaces; don’t live with six slabs that the developer described as a patio.

Soften the boundaries and add height. Hide the horrors.

Consider maintenance, especially mowing. Get rid of those awkward corners and silly bits of grass you will never be able to cut.

Invest in the planting – it is after all what really makes a garden.