For anyone - readers that have just picked up on the name, or maybe have seen a few glorious images of the garden in a glossy magazine, I should explain that Great Dixter is a Tudor house with a twentieth century Arts and Crafts garden. Great Dixter was acquired by Nathaniel Lloyd in 1910. He was an author of books on brickwork and topiary, and the property was restored by Edwin Lutyens. Nathaniel designed the framework of the garden, and it was planted, with great flair by his son, Christopher Lloyd, author of many books on plants and planting. Christopher Lloyd (Christo to his friends, I believe) was born at Great Dixter, and left the estate to The Great Dixter Trust on his death in 2006. Since then it has been under the care of the talented Fergus Garrett and team of Lloyd’s disciples. Great Dixter has long been regarded as one of the Greatest English gardens for its setting, innovative planting and use of colour and texture. 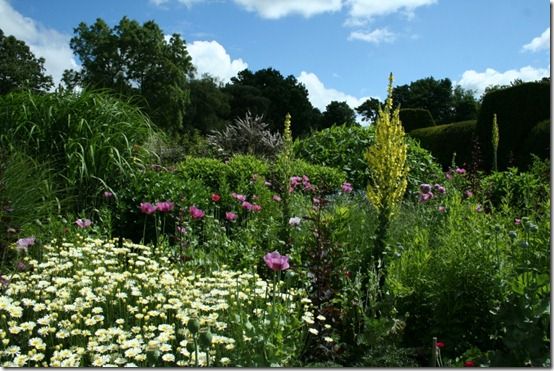 The garden reflects the personalities of its creators, and certainly the flamboyant and somewhat maverick character of Christopher Lloyd. I recall Christopher Lloyd receiving a lifetime achievement award at The Garden Writer’s Guild lunch at the Savoy Hotel, London. Beth Chatto spoke of him fondly, and certainly he was held in high regard by his peers.

I met Christopher Lloyd a couple of times at Chelsea Flower Show. On one occasion, as he approached the Hillier exhibit I offered to show him around – It was ‘A Music Lover’s Garden’ I believe. “May I show you the Hillier exhibit Sir”, I asked politely. “What a shame it’s always so dull” he replied. He then proceeded to extol the virtues of anthuriums (rather irrelevant I thought) and walked off. I suppose if you have a garden that has been so acclaimed and that you are held in such high regard you can get away with dismissing other people’s work? I remain unconvinced. 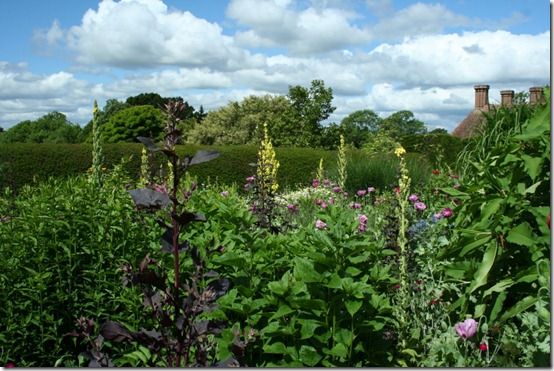 I have visited Great Dixter on a few occasions, usually when escorting garden tours. I have also seen many comments on the web. Everyone raves about this garden, and I have to say I love its exuberance its photogenic quality. However, somewhere at the back of my mind lurks a shadow of a doubt? Is it all genius: how much does the setting, the house, the romantic backdrop of the oast houses help? Certainly the garden has structure from the amazing topiary and mellow brick pathways; and it has maturity on its side. However, it is not a museum piece and the talented and energetic Fergus Garrett has continued the Creator’s work and further developed the planting. 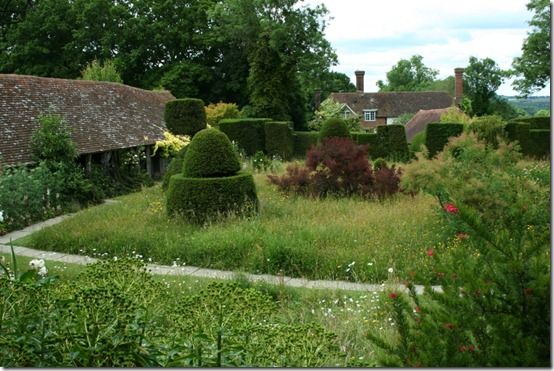 However, despite their rapture can you see many of these visitors, with their tidy manicured gardens and neatly trimmed shrubs, living with this style of planting, which in the greater part can only be described as random? How many would allow verbascums to seed like that, or plant the odd rubber plant or conifer in amongst naturalistic perennials just to shock? How many would cram their borders as full as that, particularly when most like a little bare soil between their plants to weed and cultivate? Would you really let your grass grow wild, if you had that fabulous topiary positioned upon a formal lawn? Some say he did that as rebellion against his mother’s wishes. Maybe that’s hearsay, but I can well imagine it. 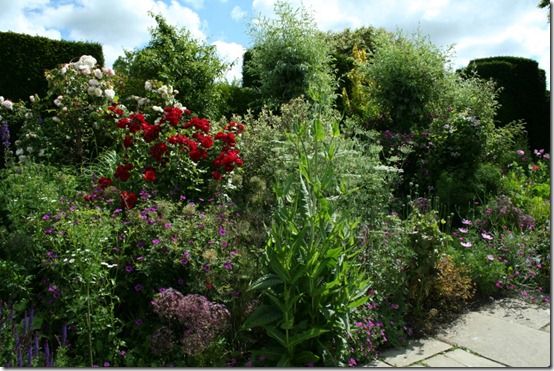 Great Dixter is somewhat of a mystery. Is the planting brilliant, or is it a case of Emperor’s new clothes? I know many will immediately leap to defend, and perhaps that’s right. But what do you really think?

I always maintain that any property should be appropriate to the property to which it is attached and should sit happily in its surroundings. Great Dixter does. Any garden is a personal creation and should please the gardener. I believe Great Dixter did. Perhaps that’s sufficient. But is it sufficient to declare this one of the greatest gardens in England? Tell me – I really can’t decide.