In my neck of the woods the days are certainly getting colder. We’ve been lulled into a false sense of security with a mild fall and unusually warm weather conditions. Many are reporting that their summer bedding still looks good. I’m not sure I believe it, but there certainly hasn’t been much in the way of frost to finish it off. Last winter was also much milder in my part of the world than the previous two. No snow and no prolonged freezing conditions. So what can you do in the garden to protect your plants from frost damage? 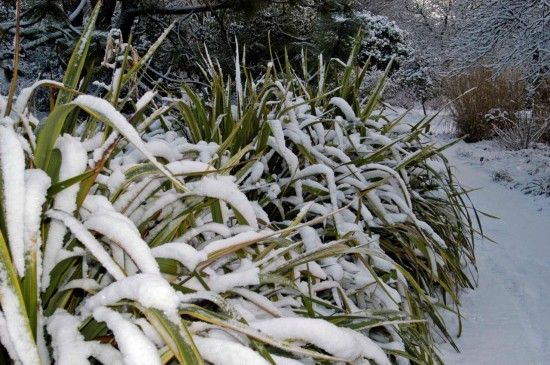 I suppose this is the point where I should show you wire cages filled with straw, protecting precious tender plants beneath an insulting blanket.  I should tell you how to place fleece or fleece jackets over your plants. I should tell you about lifting your dahlias and moving less hardy subjects into the glasshouse, but I’m afraid I’m not going to. 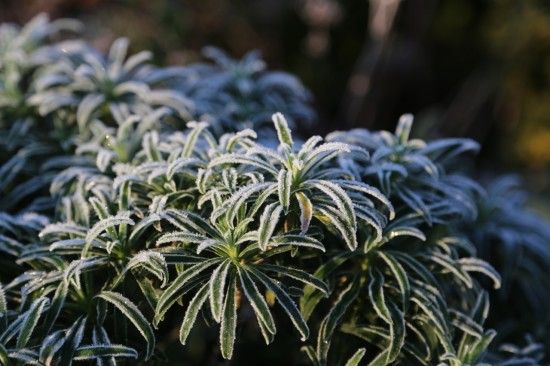 In my garden things have to take their chances and survive or be replaced.  The first thing to remember is that frost is extremely beautiful. So when you wake up to find leaves and stems etched with white, get out there and enjoy the spectacle.  Frost defines the foliage and shows off the silhouette of a plant.  A clump of leaves often resembles some extravagant fabric: stunning. 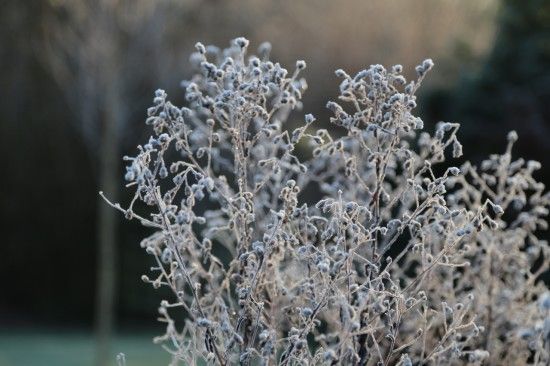 The next thing is to make sure you aren’t too tidy. The stems and remains of many perennials are really quite beautiful if left through winter to add to the frosty tracery of the garden.  When I was a lad preparing the garden for winter meant cutting everything back to ground level and then forking over the ground, leaving the plot barren and empty ‘til spring. We’ve changed our habits now and realised that dead stuff in the winter garden can be beautiful. 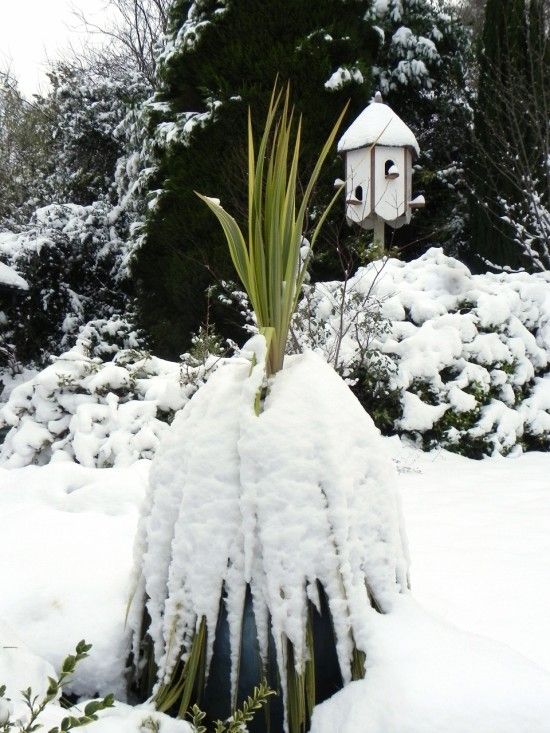 With talk of global warming and climate change gardeners got more adventurous with their plant selection. Phormiums and cordylines have suffered from overuse in temperate regions and these are susceptible to more extreme weather. Both suffer from water settling between the leaves in the crown of the plant.  The best way to protect them is to draw the leaves gently together and tie them loosely with either a leaf of the plant, some soft, flexible plastic tie or a pair of old tights. Don’t use wire or string because this marks the leaves badly. 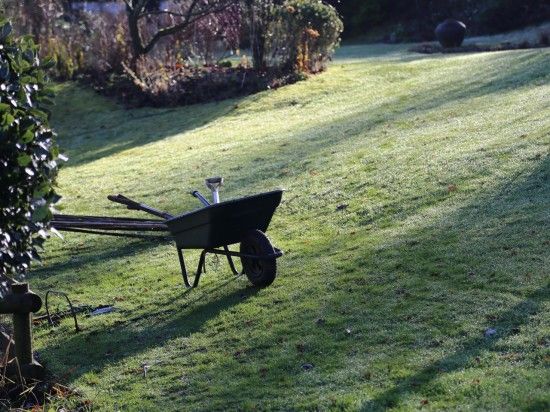 Of course a good frost encourages you to venture into the garden with the camera – but beware. That jewel encrusted lawn is vulnerable. Walk on it and you will crush and damage the grass blades leaving them black and damaged when they thaw. So the message is simple: to avoid frost damage to the lawn, “Keep off the Grass”. 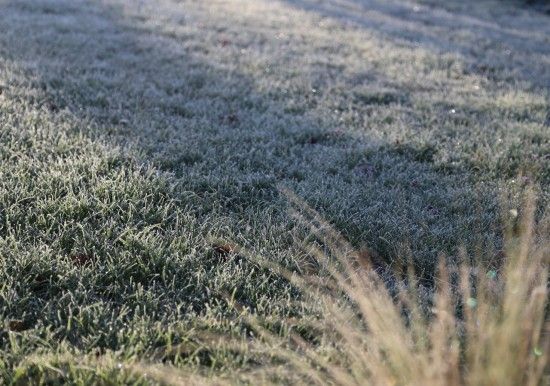 If you have tender plants in pots it is worth moving them close to the house, under the shelter of the eaves which will keep the winter wet off them. Most plants will survive much colder conditions if they are kept on the dry side, rather than waterlogged. On the whole shrubs and perennials are often tougher than you think. The Royal Horticultural Society has introduced hardiness ratings for garden plants which is supposed to influence our choice of plants. In Europe and the US we pay more attention to climatic zones because of the continental climate and major variations with different regions. However plants don’t know all this and sometimes you can challenge those boundaries. 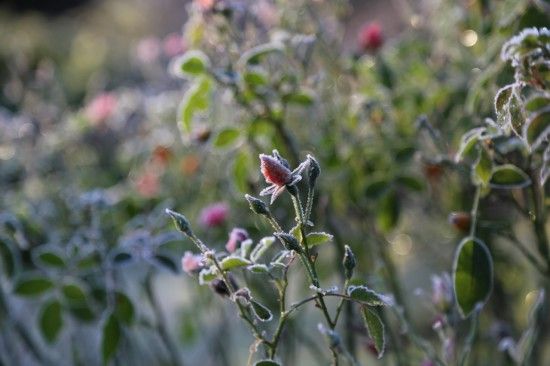 The one positive aspect of the winter garden that no one can deny is the beauty of winter foliage and flowering plants. Often colour in the winter garden is more arresting than it ever is in the summer border. If your climate is kind enough to allow you to grow evergreens like leucothoe, grow them and enjoy them – even if you only admire at a distance from the windows of the house…. 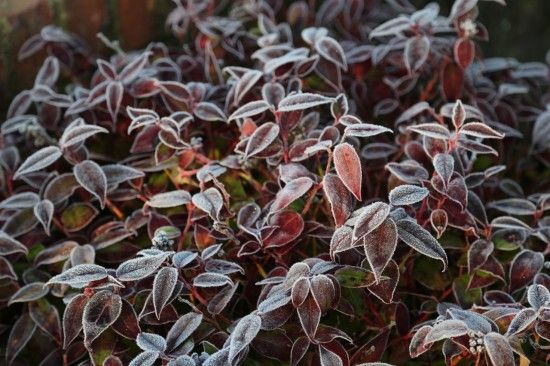