It’s that time of year again where some of us leave nothing to chance; we hang at least a sprig of mistletoe in the hall, in the vain hopes of a peck on the cheek, or maybe a stolen kiss. The tradition of kissing under the mistletoe has its roots in ancient history, as this magical plant has fascinated man since the earliest times. 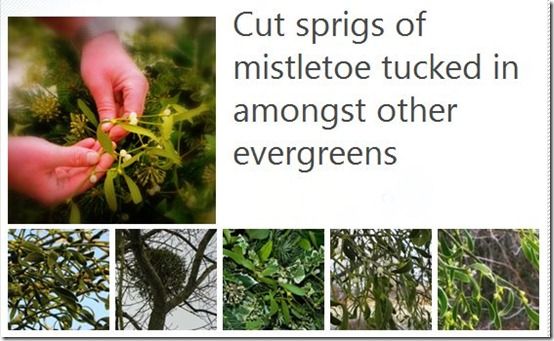 It’s hardly surprising really. In cool temperate regions like Britain there are few native evergreens. When winter takes its hold most trees and hedgerows shed their leaves revealing a silhouette of naked branches. But there upon the limbs of certain trees a curious plant is left exposed; one with evergreen stems and foliage of olive green, and sometimes with plump white berries. In its elevated refuge it has no roots, but is securely attached to the branch of its host. Mistletoe grows and develops into a rounded, often spherical plant with almost seaweed like growth above and below the host’s branch. It is almost beautiful in its simplicity, but curiously alien. 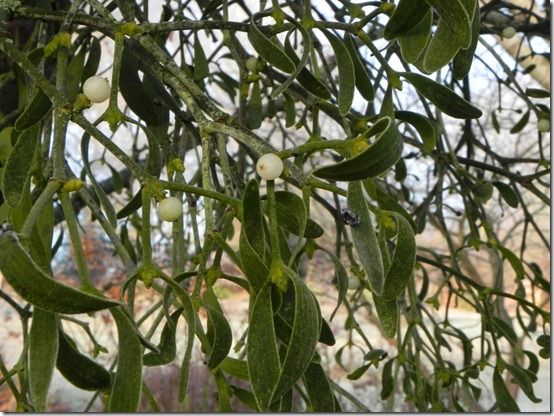 Mistletoe, Viscum album, appears to be parasite, drawing sustenance from its host. In reality it is a semi-parasite, or hemi-parasite. It draws water and minerals from the host, but has chlorophyll like other green plants, giving it the ability to manufacture its own food for growth and development.

Mistletoe prefers an open situation, therefore it often establishes itself in solitary trees and in gardens and hedgerows. Hence its visibility in winter, particularly in Northern France in the poplar trees planted in long lines as windbreaks. It is rarely found in woodlands, although the Druids are said to have cultivated it on sacred oak trees two thousand years ago. 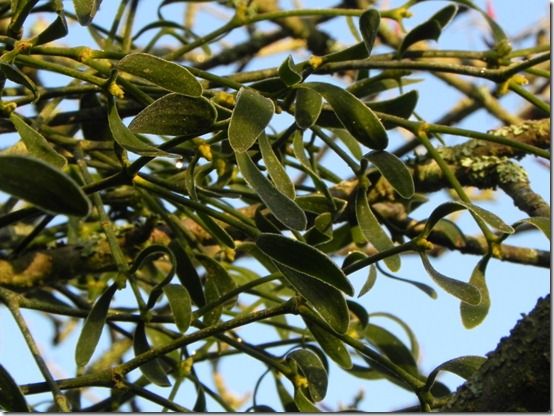 Mistletoe grows on a variety of different trees: apple, poplar, hawthorn, birch to name but a few. There is mixed opinion as to whether strains of mistletoe are species host specific or not. However if you want to try and establish it on a tree in your garden mistletoe seed from an apple is more likely to be successful if introduced onto another malus. In Britain mistletoe is spread from tree by the mistle thrush which has the wonderful Latin name: Turdus viscivorous. With a name like that how the bird spreads the seed needs no explanatation; suffice to say that each seed lands with its own individual supply of fertiliser. 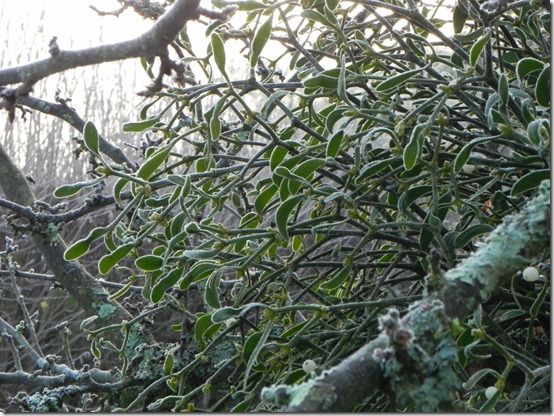 In fact the way the seed passes through the digestive system of the bird is the key to making it grow in your garden. If you want to try and establish mistletoe some will tell you to nick the bark on the branch of a suitable tree and press the berries into the cut; this is rarely successful because the viscous juice of the berry clings around the seeds inhibiting germination. 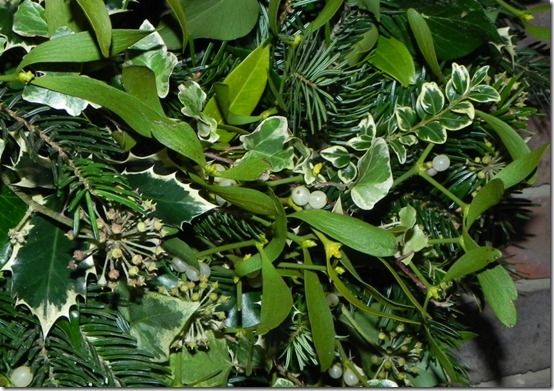 So after Christmas put you mistletoe outside in the garden for a month or so. Although it is cut it should still be alive enough for the berries to ripen properly. Ideally use mistletoe that has been locally collected, and if you know what type of tree it has come, from so much the better! Then squeeze the seeds out of the berries into a fine sieve and wash them thoroughly under running water. Gently scraping them around the sieve using a wooden spoon helps to remove the viscous juice and prepares the seeds to be sown. Now press the seeds into cracks in the bark of the host tree, or make shallow cuts and press them into those. This is usually more successful on the upper surface of a limb that is sheltered and shaded by more overhanging branches. Be patient and keep your fingers crossed! Once mistletoe plants develop they can take a few years to develop berries. You may think that you have male plants which do not fruit, then, suddenly those white berries appear.

There are other species of mistletoe that are native to other regions. Strains of Viscum album vary; some have more yellow-green foliage, others darker green. Old apple orchards are often wonderful sites for mistletoe, but as they disappear so does this habitat. 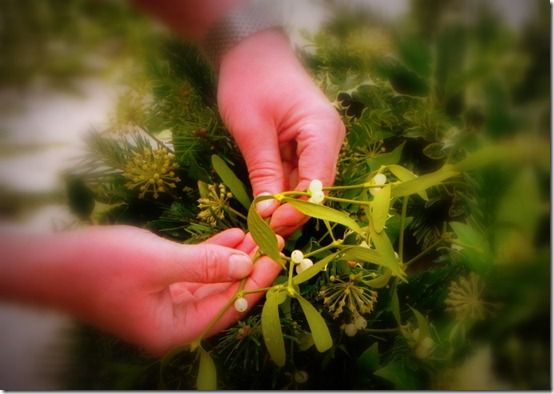 Mistletoe may be an essential ingredient in your Christmas holiday decorations, but in most cases it is left to shrivel and dry. Given a supply of moisture it will remain plum, green and fresh and those berries have a better chance of ripening properly if you intend to grow them. Cut sprigs of mistletoe tucked in amongst other evergreens in a table decoration are a pleasing contrast in colour and form. Likewise they are a lively addition to any Christmas wreath. I make mine using a floral foam wreath ring. I cut all of the plant material into short sprigs, wire them using florists wire and tuck them into the wet foam. My Christmas wreath usually looks good for at least four weeks keeping it fresh in this way.

If you want to hang your mistletoe in the traditional way make a ball of fresh moss using soft wire and anchor pieces of mistletoe into the moss using florists’ wire. You can use other evergreens to give it bulk and variety. Plump fresh mistletoe is far more appealing for kissing under; so keep it fresh and pucker up!