In the same way that water adds that special something to any garden, the water lily adds the magic ingredient to any water. The Latin name, nymphaea comes from the Greek word nymphe meaning water spirit, exactly what this wonderful plant is. The water lily is a plantsman’s passion in the same way as the tulip or orchid, but one with a special mystique because of the environment in which it grows. No plant is more mysterious and exotic, lying dormant beneath the water in winter, growing rapidly with lush exuberance as the water temperature rises, blooming in the sunshine then shrinking below the surface as the days shorten and grow colder. 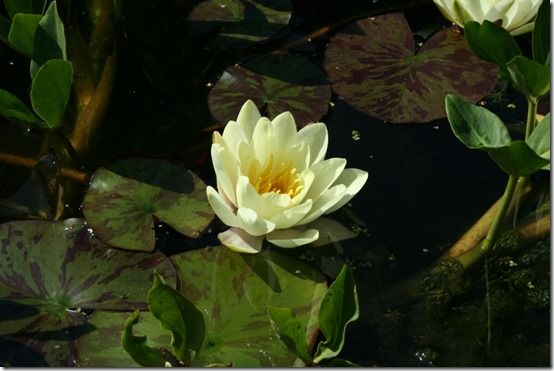 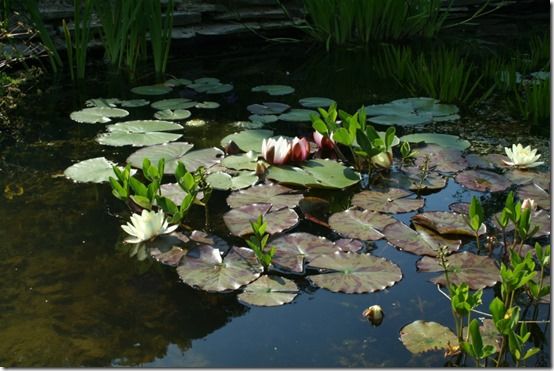 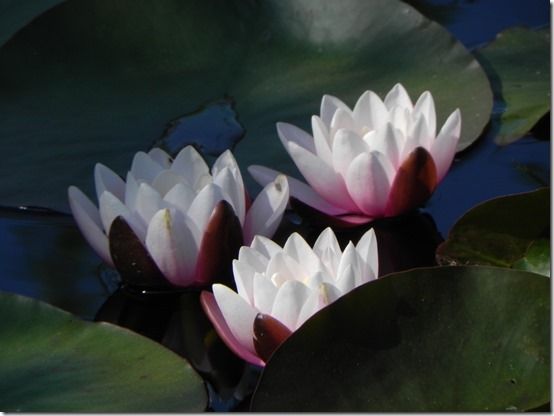 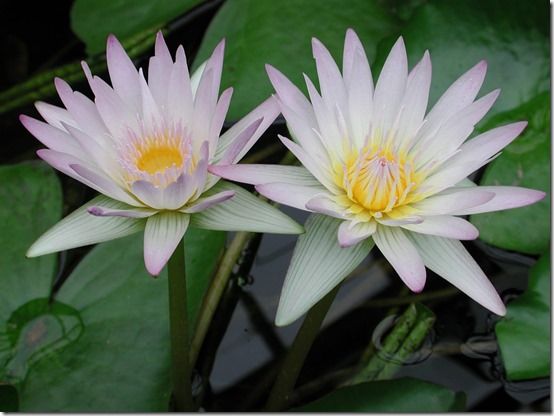 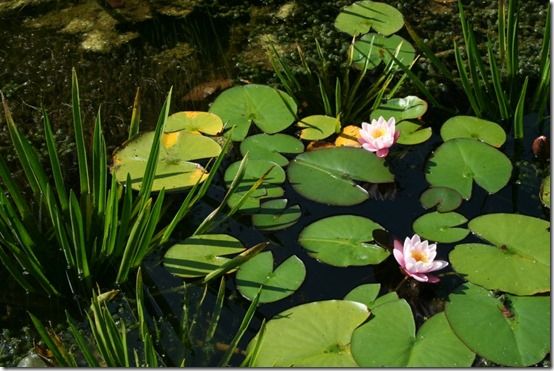 In northern climes we forget that water lilies abound in the tropics where water temperatures stay high throughout the year and winter dormancy does not occur. It is here that the most colourful water lilies occur, and where they were confined until the late 19th century. Before this it was the hardy white Nymphaea alba that graced our ornamental water gardens as well as natural pools and lakes. The French Plant breeder Latour – Marliac experimented with cross pollination of the colourful tropical species with the hardy white and produced over seventy hardy hybrids that still comprise the majority of water lilies offered today. The prefix ‘marliacea’ in the name signifies a hardy variety that was produced as a result of Latour – Marliac’s work. His nursery near Bordeaux in Southwest France was undoubtedly patronised by Monet in stocking his Japanese water garden, the subject of so many famous canvasses. 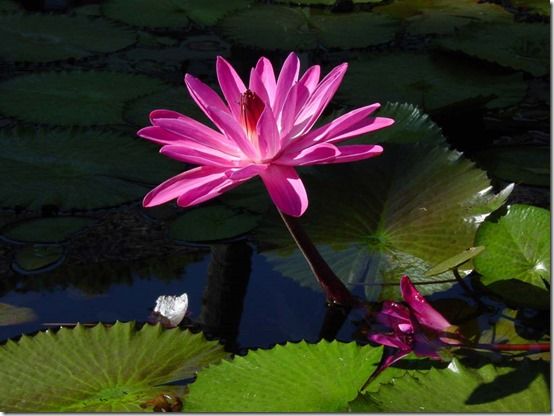 Water lily colours vary from pure white through yellow to orange, red and pink. True blues are still confined to the tropical tender varieties. The plants are grown as much for their foliage as their flowers; the deeply cleft leaves are often streaked with maroon and have bronze undersides, revealed as the rolled leaves emerge from the water. 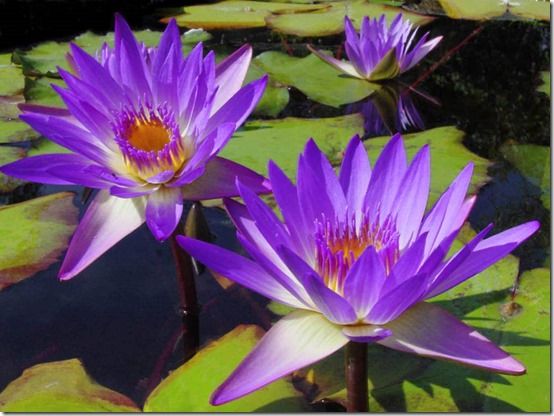 They are easy plants to grow, but they like still water and most require full sun.

They resent being sprinkled by a fountain or buffeted by a waterfall and the blooms close up in shade. Vigour of varieties varies greatly and it is important to choose one that suits the depth of your pool. Take time to select and remember the depth of water is that above the planting container. Some plants offered for sale are tiny for the price; look around for clean vigorous stock. A plant with plenty of young leaves and ideally more than one growing point is ideal. 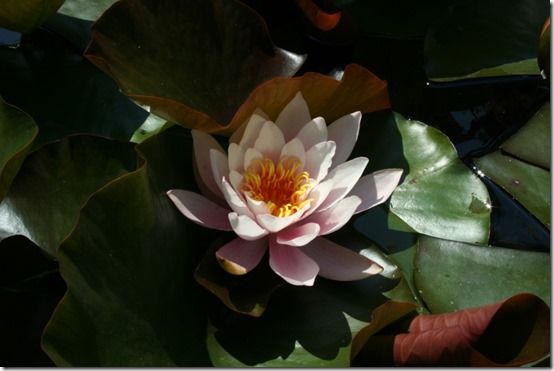 Traditionally plants are grown in either the mud at the bottom of the pond, or in planting crates. Look out for the soft fabric planting bags, they are far more inconspicuous in the pool and do not require lining with hessian. Plant waterlilies firmly in aquatic soil; add aquatic plant fertiliser sachets to feed the plants. These are necessary, as nymphaeas are hearty feeders: fertiliser will aid in flower production. Finish by covering with clean washed gravel. The most important thing is to make sure that the growing point at the base of the leaves is not covered with soil. Planting the crown too deep in the soil can affect flowering.

Plants should be gradually introduced to the correct depth over a period of a few months, especially if the variety is one of the deeper dwellers. This can be achieved by raising the container on bricks, wrap these in hessian or pieces of butyl if your pond is made from a PVC or rubber liner. If the water depth is too great establishment can be affected resulting in poor flowering. 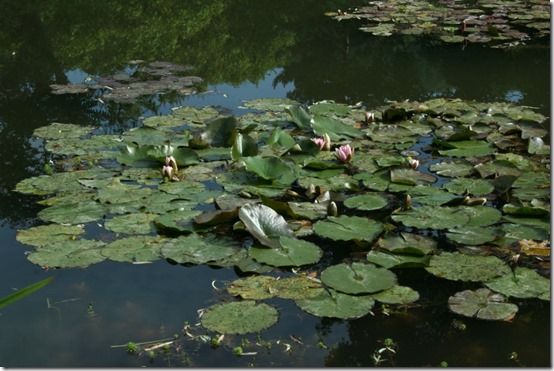 The only maintenance established water lilies need is the removal of faded flowers and old leaves in the autumn. They generally need lifting, dividing and repotting every three years or so depending on the vigour of the variety. The need for division usually manifests itself as overcrowded foliage rising above the water and obscuring the flowers.

Varieties are numerous but Nymphaea ‘Marliacea Rosea’ is a good compact growing pink and Nymphaea ‘Marlicea Chromatella’ is a long- blooming yellow that flourishes in smaller ponds. Many of the whites are more vigorous and Nymphaea ‘Escarboucle’ is regarded as the easiest red. 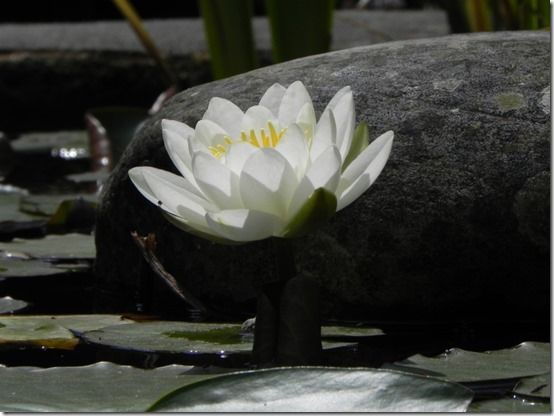 If you yearn for water lilies and do not have a pond do not despair. Dwarf nymphaeas such as Nymphaea ‘Pygmaea Alba’ can be grown in a barrel pond on the patio.

When that first waxy star – shaped water spirit emerges from beneath the surface you know that summer is really here!