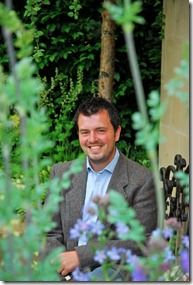 This is one of the regular features of this blog – where I get to meet other gardeners, designers, growers – professional and amateur. What have they all got in common? Simply a passion for plants and gardens. My first plantsman’s profile is Paul Hervey-Brookes, a young, talented Garden Designer I’ve got to know over the past few years. Paul is arty, creative, innovative and has the most remarkable plant knowledge. Talking plants with Paul is not about boring cultural details, it’s all about fascinating facts, history, medicinal and culinary uses. He’s one of those inspiring gardeners that “feels” a garden; so how did he get into it?................

How did you get into horticulture?

I grew up in Oxford, and was very fortunate to have gardening neighbours who grew flowers and vegetables; a useful and important hang over from the war. Their enthusiasm was infectious, and they shared knowledge and plant material with me. I was hooked on growing things from seed; usually things I had never seen before, and it lead on from there, I then went to study at Pershore College of Horticulture, and later the Royal Botanic Garden Edinburgh.

We know you as a landscape designer principally, was that what you studied?

Essentially it was a love of plants which came first, when I studied at Pershore. I also worked for Bob Brown at Cotswold Garden Flowers; he ignited my passion for herbaceous plants. Later at Edinburgh George Anderson inspired us to look at plants and habitats. Whilst on a study trip to Paris he took me to the school of Landscape Architecture at Versailles, it was here that gardens, design, and plants suddenly all clicked together for me.

Did you leave Edinburgh and study design straight away?

After completing my studies at Edinburgh I went to work on the restoration of a garden in Italy, and later moved my way back to Paris where I worked in a large estate garden. This lasted a few years and then I studied design formally.

You have created a number of show gardens at RHS Shows, most recently Hampton Court, what is that like for you?

The first garden I made was in 2008 at Malvern Autumn Show, it was small and cost £500, it won Silver Gilt, and I was hooked. Show gardens are addictive, and offer exploration of thought and concept, which most private client commissions do not.

In 2010 I made my garden at Chelsea; it was awarded a Silver Medal. My overriding memory was walking onto the show ground to the bustle, noise and sheer industry, and I felt like I had come home. This year I created a garden at Hampton Court for the first time; it was the largest garden I have made so far. Based on my travels to Jordan, it was commissioned by the Jordan Tourism Board and it won Gold and Best Destination Garden. For me it was a hugely special moment, and felt like a massive thank you for everyone who had helped, supported and encouraged me along the way. 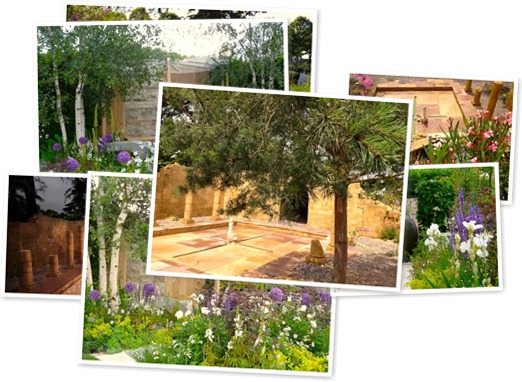 Creating a garden for a country must have been challenging?

It was the biggest challenge to date, and a very personal one. I was invited to visit Jordan, and experience the key sights beforehand. I had a fascination with the country as its flora is much larger than ours, and of course it forms part of the geographic area we know as the cradle of civilization. I was then asked by Coxs & Kings to be their flora expert, and lead a botanical holiday to Jordan in April next year.

Are there any exciting projects on the horizon?

One of the wonderful things about horticulture and designing gardens is the fast pace. One moment you worry that nothing is happening, and then lots of projects appear. At the moment I am working on a number of private clients gardens both in the UK and abroad, and perhaps most excitingly I have a range of gardening gifts coming out exclusively with Marks & Spencer.

How did that come about?

I was approached by Marks & Spencer roughly a year ago, and asked if I would like to create a range. The brief was excitingly open, and I have been able to start from the very start, and design every element of the products down to the packaging. It’s a range for gardeners, offering items that actively increase biodiversity in the garden. They are all very stylish, and unlike anything else in stores at the moment; so I am very proud, and looking forward to October when they are in stores.

What do you most enjoy about horticulture, and what would you say to someone thinking about it as a career?

I often think that I fell into horticulture through a series of very lucky encounters. I have been able to make friends with some of the most inspiring people in the industry, whose passion and commitment wouldn’t be matched in other walks of life. It’s an industry which is satisfying on many levels: growing plants, creating places and meeting people whose love of plants is spell binding. I would say to anyone considering a career in horticulture grab the opportunity with both hands.