Growing giant fruit and vegetables is a great way for getting children inspired to enjoy the garden. Although needless to say, it isn't just the young ones who enjoy this type of competition.

Most giant fruit and vegetables are grown for bragging rights alone and are not usually eaten. However, some parents also use this to get children involved in the excitement of watching how tall a sunflower grows each day. You'd be surprised how well this works, I know from experience.

The process of growing giant fruit or vegetables involves effectively growing the produce to breaking or bursting point, before carefully transporting it to be officially weighed or measured. Through out weeks of nurturing their plant, growers become very fond of their potential claim to fame although sadly once the rush of excitement is over most don't even get to enjoy eating their crop. Due to the size they are usually very bland in taste so their voluminous veg in donated as feed for livestock.

Below, we share some of the current holders for world record breakers and a few personal favourite of ours, showing the devotion many growers get.

How long can you grow? 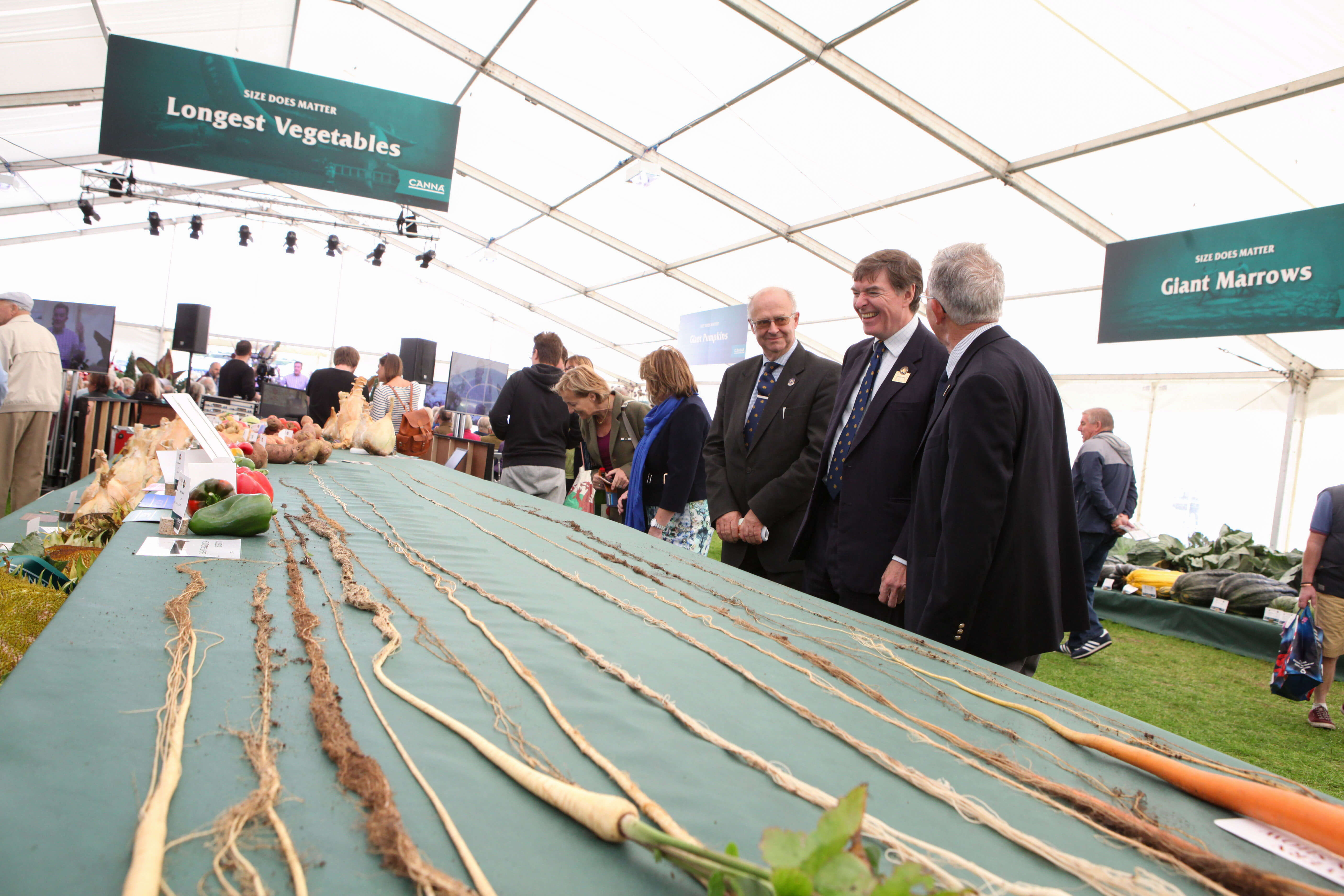 When it comes to vegetables, It would seem very long. With a new world record just being broken at the 2017 Malvern show in Worecestershire, the world's longest radish measured 6.703 metres. In other words, this radish was half the height of a Telephone Pole. Considering that your average radish has a height of 6 inches to 18 inches at maturity, this was a clear winner.

The tallest Sunflower to be grown by the youngest boy 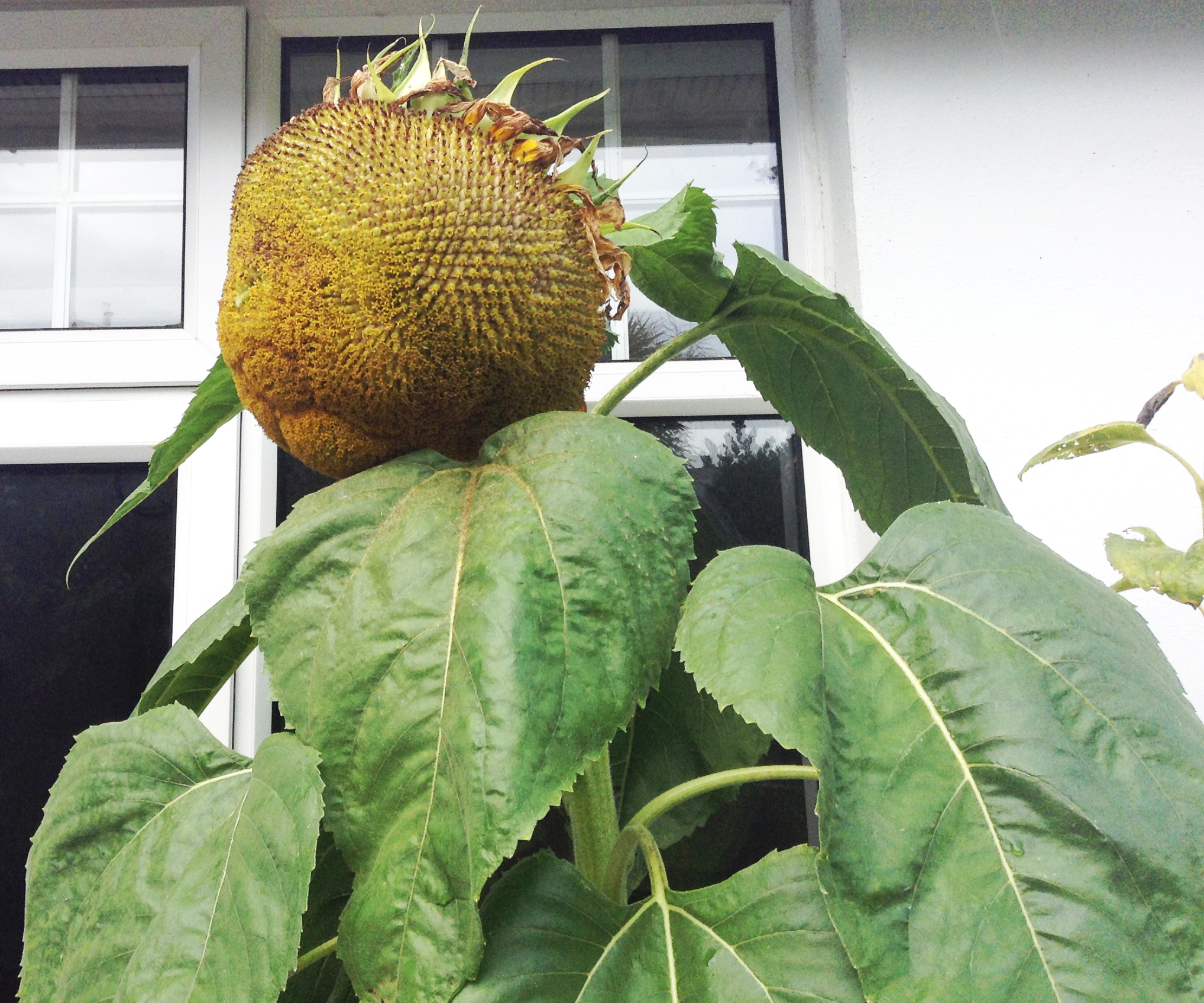 Sam, aged 14, who lives in Poole recently shared his passion of seeing how tall he can grow his Sunflowers. For someone who is new to gardening and especially this competitive world of who's got the longest this, and the heaviest that, we salute you Sam and welcome to the community!

Sunflowers mainly sown from mid-April to the end of May and will flower in August. We will be expecting taller and bigger ones next year and hopefully you'll be in the world record book one day!  (we're quietly confident :)

Your average maximum weight for a suitcase on a Airplane 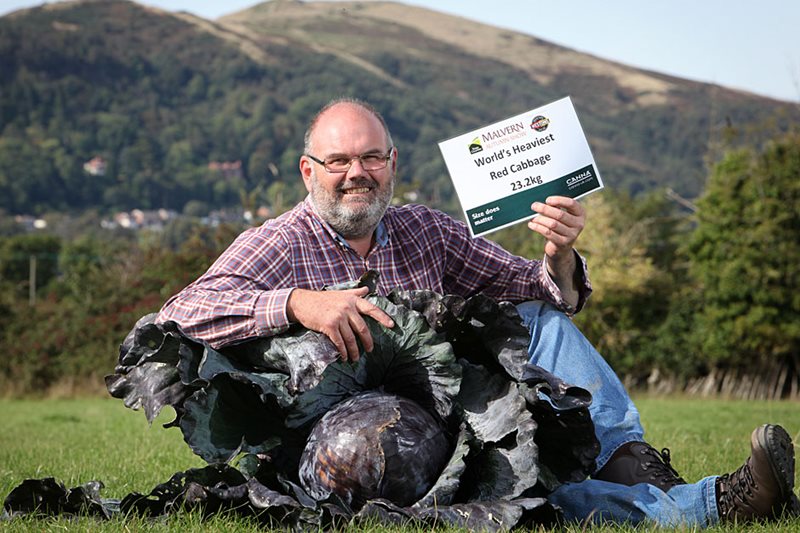 No Malvern show would be complete without a giant vegetable or two. Whether it's pumpkins, cabbages or onions - they all came in size extra large. CANNA UK National Giant Vegetable Championship just revealed David Thomas grew the new world's heaviest Red Cabbage. Can you guess the weight? At 23.3kg, this vegetable grown in Cornwall  almost managed to beat the previous record set in 1925 by 10lbs. 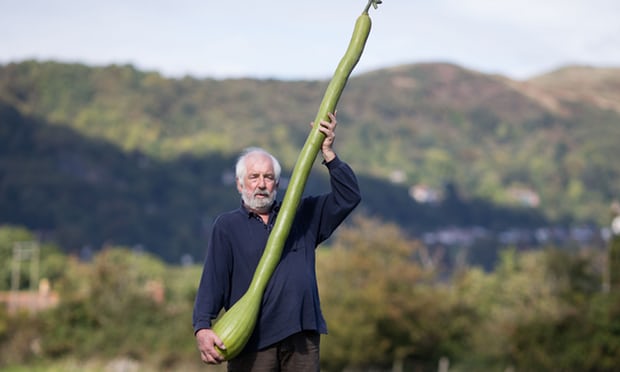 Peter Marston thought he was growing cucumbers in his Nottinghamshire greenhouse – then a 173cm his record-breaking trombocino squash shot up.

As the first green shoot came through, he decided to treat the plant as a cucumber but was amazed and delighted as it grew and grew – and became what is believed to be a record-breaking climbing squash. Marston’s squash is 173cm (68in) long – 2cm longer than the previous record, according to organisers.

Marston insisted there was no secret to his success: “I thought I would treat it like a cucumber because that’s what I knew how to grow. I’m a bit old-fashioned like that. I don’t experiment a lot.”

Marston, however, will not be eating his tromboncino squash. “I don’t really go for unusual vegetables to eat,” he said. “I’m a meat and veg man – but normal veg.” Instead he will use this feted squash to try to create an even bigger specimen for next year. Keep your eyes peeled folks.

We don't fancy doing the chilli challenge with this one 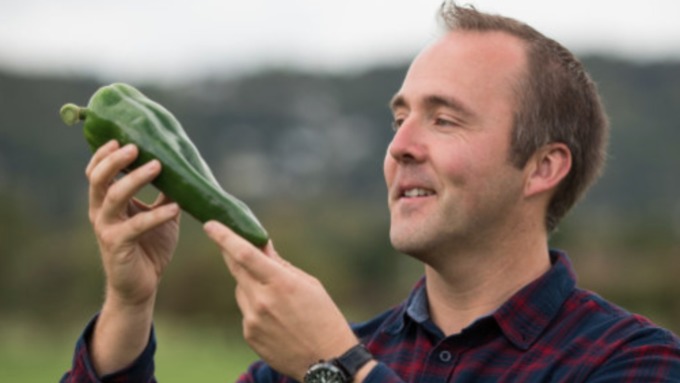 If this isn't the look of love, I don't know what is. Here we have Kevin Fortey who has just broke the world record for the heaviest Poblano Chilli. This chilli weighs 0.348 kilogram and you can catch in on display at the Malvern Autumn Show in Worecestershire.

The Poblano Chilli, which originates from Mexico, was grown by Kevin Fortey who picked up his second world record after he grew the world's heaviest marrow in 2010, weighing 78 kilograms.

To learn more about growing your own fruit and vegetables, click here.