Every year millions of alpine or rock plants are sold in garden centres, nurseries and on line. But how often do you see them in gardens? Or at least how often do you see them well used in gardens? Fortunately the badly constructed “currant bun rockery” is not as fashionable today as it used to be.  If you don’t know what I mean by that then imagine a pile of soil heaped up and then studded with a random selection of pieces of stone; hardly a simulation of a natural landscape. That is what a real rock garden should be: an interpretation of a natural habitat where rock plants or alpines would grow. The stone should be set to look natural: to simulate the lines of strata, with only small crevices containing a little soil for planting. 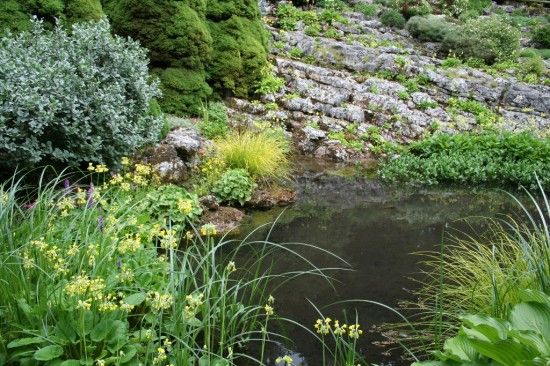 Rock plants or alpines are naturally small subjects adapted to coping with harsh conditions, exposure lack of water, limited soil and often low temperatures. The plant has evolved to cope with the environment by restricting its size and staying close to the ground. Natural environments where they occur include high altitude rocky outcrops, cliffs, desert canyons and any situation where the soil is rocky and well drained. Many succulents are regarded as rock plants whereas alpine plants are those that hail from high altitude mountainous regions. 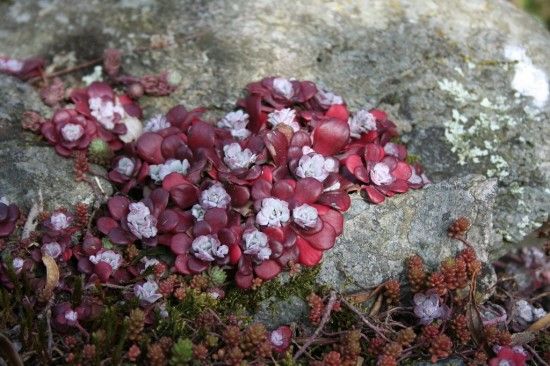 Many dwarf bulbs are well adapted to these conditions. They simply go dormant when the going gets too tough.  So rock or alpine plants include subjects from across the globe. Little vegetable treasures to be cosseted and protected; not necessarily from cold, but from excess wet and too kind a climate. Hence the reason for the alpine house where they can be viewed a close quarters; displayed and examined and given light, air and only carefully controlled water. 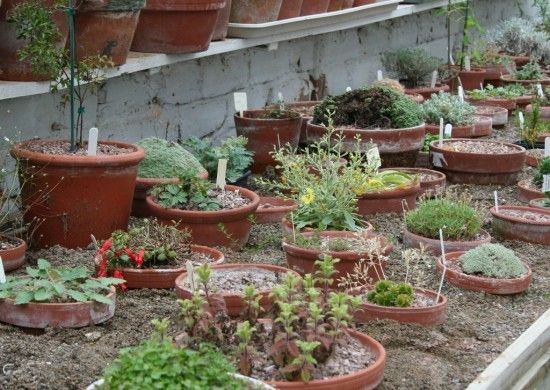 An alpine house is a strange but fascinating place.  The plants are displayed individually, normally grown in terracotta pots, and in many collections, such as those in the Royal Horticultural Society’s Gardens they are clearly labelled.  Most will encounter plants they’ve never seen before. Plants with little use in planting design, but gems to be treasured in their own right. Take Bessara elegans, a dazzling little flower and one I have seen offered in specialist bulb articles. This is a native of Mexico with long-lasting brilliant orange flowers with prominent stamens.  It is extremely delicate and graceful in form and would be quite lost in most garden situations. 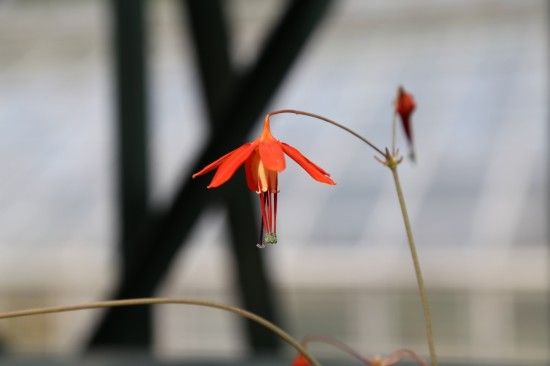 I had never heard of Merendera montana; however montana indicates it comes from the mountains and it looks like a colchicum. It is closely related and is sometimes called colchicum, so I wasn’t far out.  It hails from the Iberian Peninsula where it grows in high altitude meadows. Seeing its showy blooms against a stark backdrop of stone and grit certainly highlights its intense colour. Again, it would be easy to miss it in the garden and it probably would not cope well if you live in a mild, temperate region. 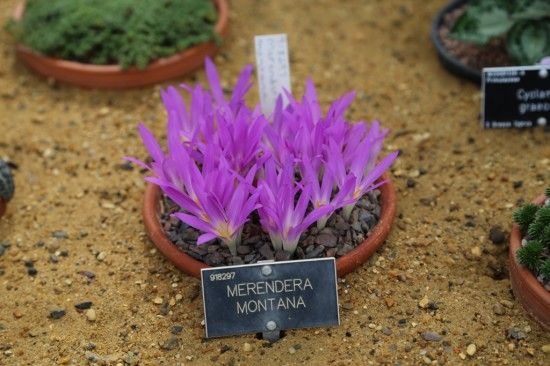 By sinking the pots into a grit or coarse sand they are well insulted and protected from extremes of temperature whilst preserving good drainage. Plants from quite different parts of the world can be happy neighbours, like this little cyclamen from Greece and the curious Hyemanthus coccineus from South Africa. 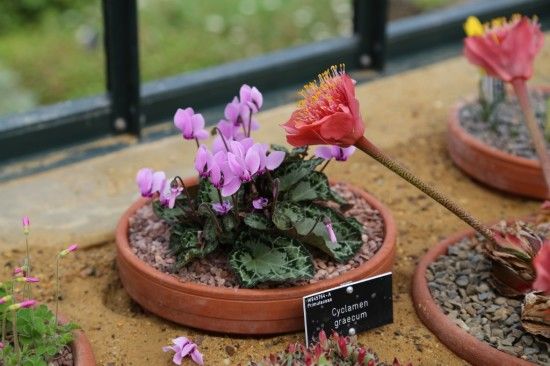 Rock plants or alpines include many species of very dwarf shrubs and conifers. In fact the latter predominate on many rock gardens. Some small shrubs, like some of the daphnes are real plantsman’s treasures.  These are not the easier subjects to grow in the average garden, but they can be enjoyed in sink gardens or in raised beds constructed to house alpine plants by providing that good drainage and a dry soil surface contributed by grit, gravel of stone scree. 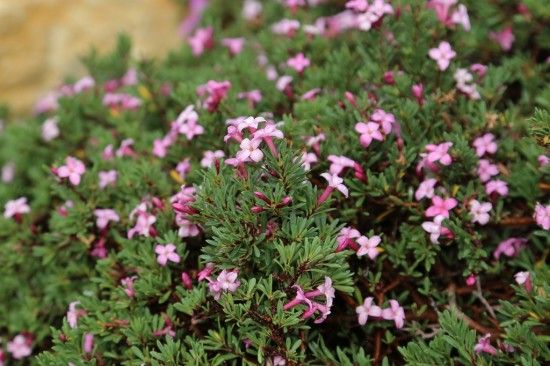 However not all plants sold as alpines or rock plants are such prima donnas. The terms have come to include anything that is small that looks good in a pot when it is sold. Pratia pedunculata, blue star creeper is a good example. A native of Australia this plant forms mats of tiny emerald green leaves studded with starry sky blue flowers. It is pretty and appealing. I’ve seen it offered in alpine collections for years and it often features in display pieces like the one below. I first became suspicious of it in a garden in Scotland where it had completely invaded the lawn, creating a carpet of blue stardust. I loved it but wondered at its powers of growth. My thoughts were confirmed by an alpine enthusiasts blog comment: “I bought it for my new rock garden. Perhaps you’ve considered doing the same? Don’t!” 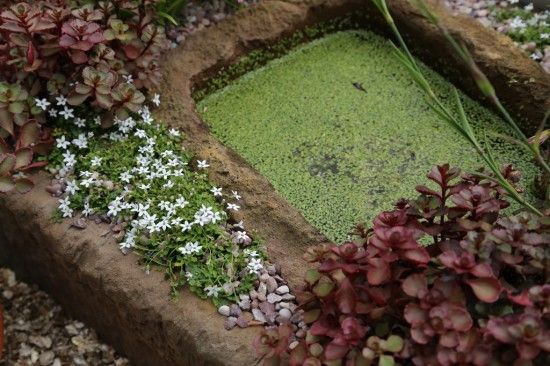 The rock plant we probably know best is aubretia, at its best when cascading over sunny walls with alkaline soil.  In recent years the seasonal bedding growers seem to have been producing it too; so it ends up as a colourful container plant as well as a rock plant. I am always impressed by this plants ability to resurrect itself from a bedraggled mess after winter in my garden to a cushion of brilliant flowers. One alpine that’s a survivor in less than ideal conditions. 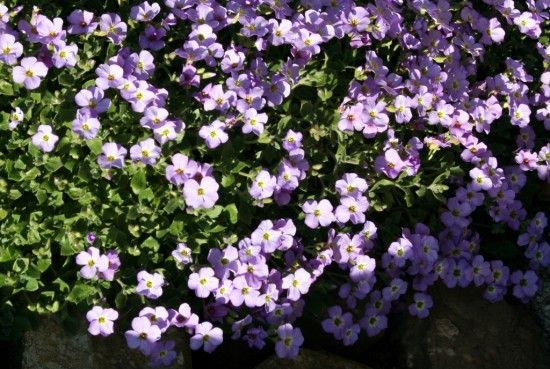 I suppose my conclusion is that these are plants of confused identity. There are the real botanical treasures, collected and revered by enthusiasts. Hence the number of Alpine Garden societies. Then there are the easy to grow small subjects that look good in a pot that beguile the casual shopper. Then there are the survivors: they cope with a tough climate so they survive on a neglected pile of soil infested with weeds. They are not what I would call hard working garden plants for planting schemes but I see their appeal. Do you? Are you an alpine fan – would love to hear your thoughts…. 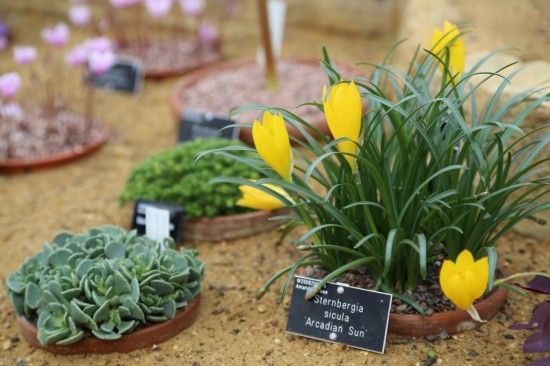