I love the soft, mellow light of autumn days and the warmth of colour and texture in the garden.  As the leaves of deciduous trees start to turn late flowers shine in the border veiled by a tracery of grasses. I cannot claim to be a massive fan of family Gramineae, or Poaceae as it is often known, however when I see a grass such as Chasmanthum latifolium, displaying its intricate inflorescences I’m a convert.   This grass, known as Indian woodoats has almost bamboo like foliage and a shower of pendent flowers; a superb sight when backlit by the late afternoon sun.

Fruits are ripening on trees and shrubs and abstract seedheads follow the summer flowers of perennials in the border. The tomato like fruits of Rosa rugosa glow against the green leaves, yet to develop their autumn tints.  The hips of Rosa rugosa are just as much a feature as the large single flowers. A good wildlife shrub the flowers are a summer source of nectar and pollen and the ripe fruits will be appreciated by birds in winter. 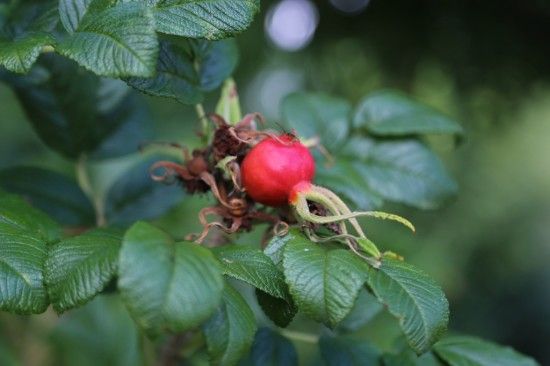 The Himalayan crab, Malus hupehensis lovely in early autumn when the small, deep red, shining fruits contrast with the still dark green leaves. These fruits have followed an early cloud of fragrant white blossom and they will stay on the tree into winter. Unlike many of the ornamental crabs Malus hupehensis retains the quality of its foliage throughout the season. Its leaves remaining relatively unblemished until they fall. 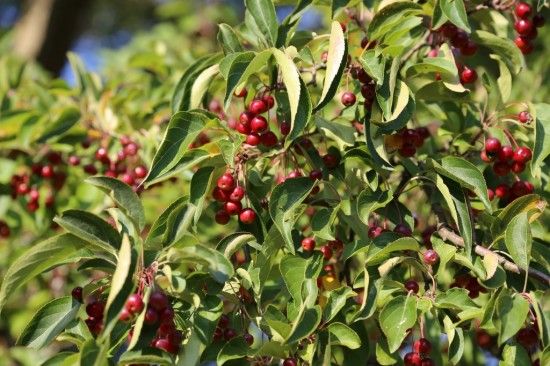 The fruits of the medlar, Mespilus germanica appear to be ready to pick but at this stage they are far from ripe and edible.  This ancient fruit needs to be virtually rotten, or “bletted”, on the tree before it is ready to eat. It has been cultivated since Roman times and was often stored in clamps below ground, just like turnips and root vegetables for winter use. It sounds more tempting by the minute, doesn’t it?

The berries of sorbus, varieties of mountain ash and whitebeam are always a delight until the birds are tempted by them. I found a couple of unusual ones. Sorbus sagentiana is an upright tree with large fern-like leaves and massive heads of scarlet berries.  This tree was introduced from China by Wilson in the early 1900s and deserves wider cultivation. You rarely see it, which is a shame because its upright character and bold form would make it a good subject for the smaller garden. 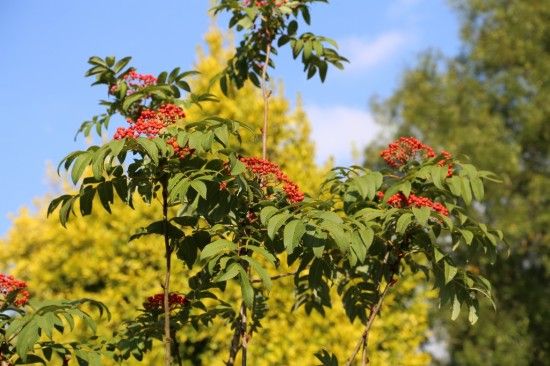 Sorbus bakonyensis is a whitebeam with toothed leaves that are glossy green above and grey and felted beneath. The large red fruits are carried in loose clusters reminiscent of the hips on a rambler rose. Of course sorbus belongs to the rose family and this one displays the relationship superbly. 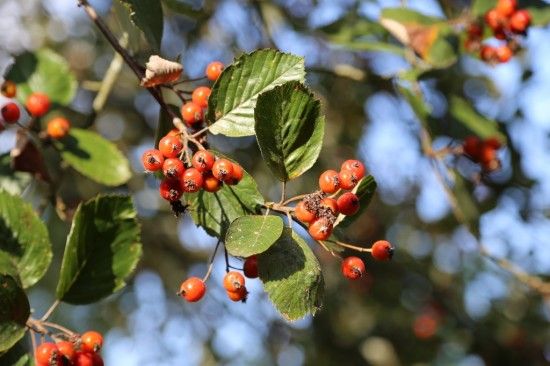 Magnolias are not often noted for their fruits; probably because their flowers are so spectacular and revered. However many produce showy fruits that surprise and attract plenty of attention from those seeking fall colours. These fruits of Magnolia acuminata are cerise pink and showy. They colour after ripening from pale green – The fruits at the green stage give the tree its common name: cucumber tree. 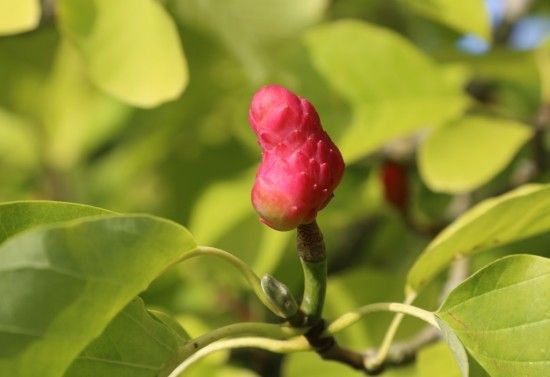 Now the next magnolia has some of the most impressive fruits I’ve seen. They have been attracting attention and comment from midsummer onwards. In spring the flowers are large and impressive; just like anyone’s vision of a magnolia. But, the fruits are something else. The name of course refers to the size of the flowers. Sometimes plant breeders have a sense of humour after all. 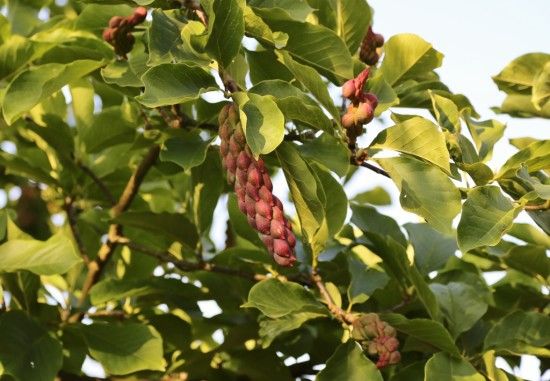 When the seed pods ripen they split to reveal bright orange, shiny seeds. This is true of many magnolias including varieties of Magnolia x soulangeana. 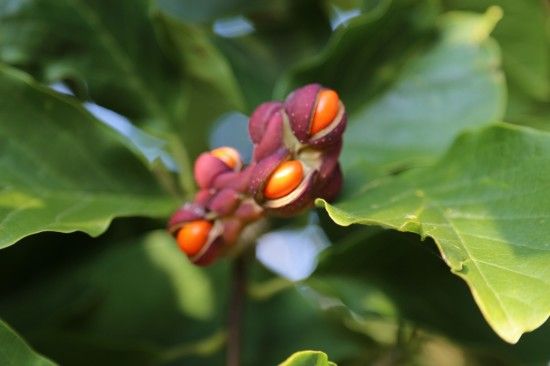 The spindles, deciduous varieties of euonymus are starting to colour in foliage and in fruit. Euonymus myrianthus is a lesser known species which is evergreen with greenish-yellow fruits that split to reveal orange seeds. This was introduced by the plant hunter Wilson at the same time as Sorbus sargentiana. 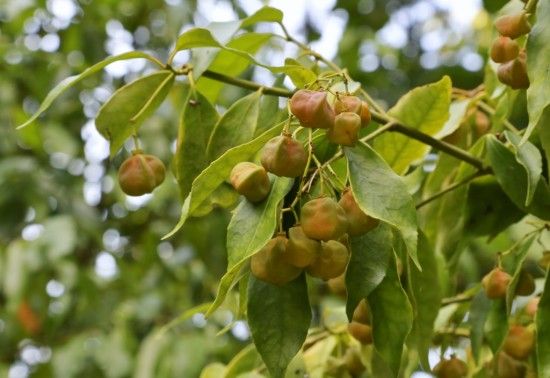 I am fascinated by the fruits of Phellodendron amurense. This loose tree with arching branches and attractive foliage carries these cluster seed heads that resemble those of adult ivy in flower. The tree is known as the Amur cork tree because of its corky bark. It is rarely seen and rarely revered for its fine autumn fruits: a secret treasure. 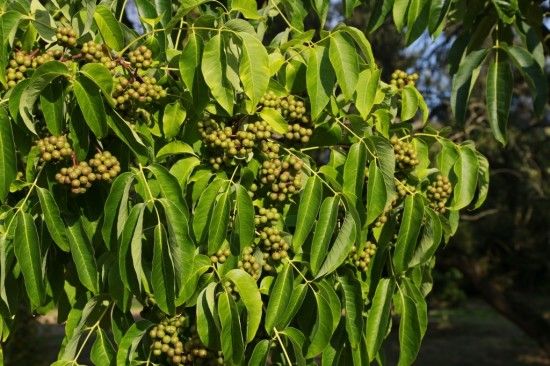 Conifers in autumn are another story. Yes there are magnificent cones on pine, spruce and abies. But do not forget those with flattened fronds of foliage, notably the thujas and chamaecyparis. Thuja occidentalis, arborvitae, a native of north-east USA and south-east Canada is particularly attractive when it produces its cone-like fruits. Literally “Tree of Life” arborvitae is so called because the sap is supposed to have medicinal properties. 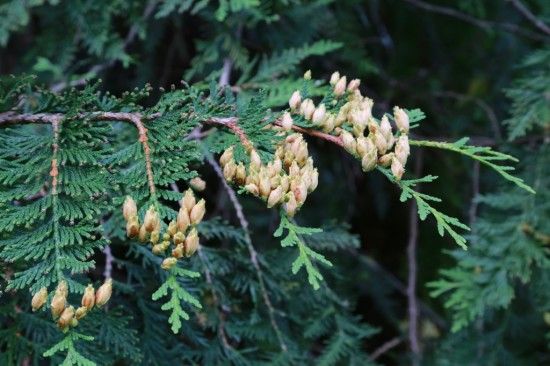 Autumn is a wonderful season in so many ways. This is the time of seeds and fruits. It may be a time for approaching dormancy and rest, but it is also the start of new life. Even those faded flowerheads and seed vessels in the border are a source of offspring; they may look like the end of the road, but when you think about it they are really the beginning. 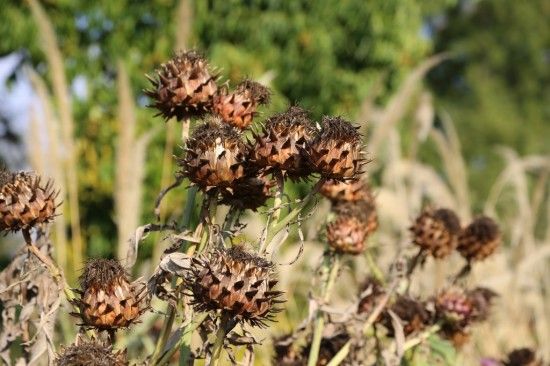