In my first post I explored the unique nature of Gardening World Cup Japan.  This year I was invited back for a second time to create a garden using the theme, Floral Paradise.  Gardens at Gardening World Cup have very little in the way of restrictions, there is no limit to the height or depth, in terms of built form, or excavations. Interestingly designers are free to design a space without concern to boundary requirements, as no garden sits neighbour to neighbour. Also show visitors have access to each garden from all sides.

The build lasts for fifteen. All plants have to be sourced in Japan, but some materials can be imported if they are essential to the design of the garden.  As I mentioned in my previous post, unlike a UK show there is a cap on the budget, and all gardens receive the same amount to pay for the materials and construction team needed to realise a design.  This currently is £45,000, which is paid directly to the contractor.  Individual designers can secure products, such as lighting or furniture, in sponsorship deals, but these have to be declared and are approved by the show organisers. 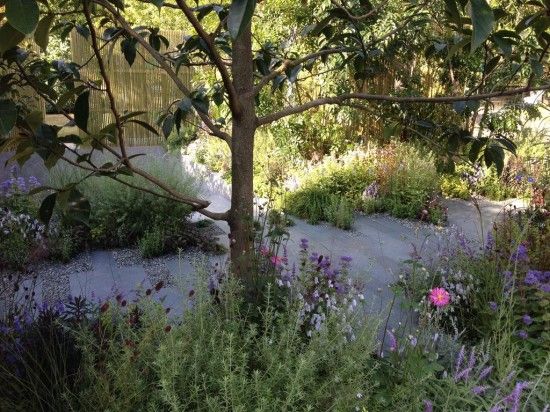 Through the trees (Japan World Cup)[/caption]

This year I was lucky to have the same team with me, made up of Mr Nakatomi and his team from Green Make, along with Yuko Tanabe, who acts as translator, but is herself a talented and well respected landscape architect. 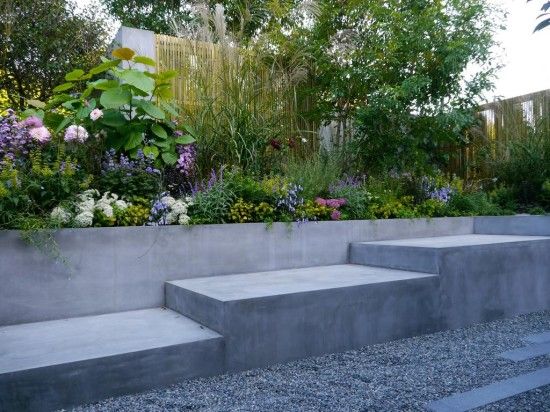 A garden viewed from all sides[/caption]

During the months which lead up to my arrival in Japan we work as a team narrowing down nursery choices for trees and large shrubs which are then tagged with a an eye for visits over the first days.  Once that has happened the build is much like any other: tele-handlers, diggers, a team of experts and, over the course of days, a garden emerges from nothing.

This year we had lovely surprises. Firstly the Ilex rotundifolia, a 90 year old specimen which looked remarkable. Then when the bamboo screens I designed had their lights switched on for the first night.

I was lucky to secure sponsorship this year with Stone Globe Lights, a UK based business who make round spheres which on first glance look like stone, but are actually resin and light up.  I also used Bradstone products. Bradstone already supply into Japan, but we used a bespoke polished granite long aspect paving stone, which caused quite a sensation with the audience. 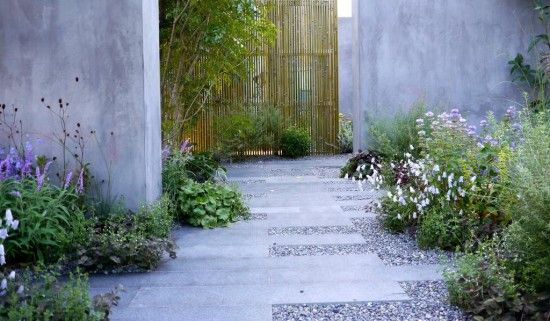 Perhaps one of the biggest differences for designers at Gardening World Cup are the Awards and Gala Ceremonies.  After the international team of judges, this year made-up from horticultural heavyweights such as Andrew Fisher-Tomlin, Dougal Philip and Chair of the Judges Kate Hillier, have made their decisions, the designers are asked to take to the stage at which point medals are announced to an audience of 500 including international media and national television.  Designers have no idea if they have even achieved a medal up until this point, so it is slightly nerve wracking to say the least. 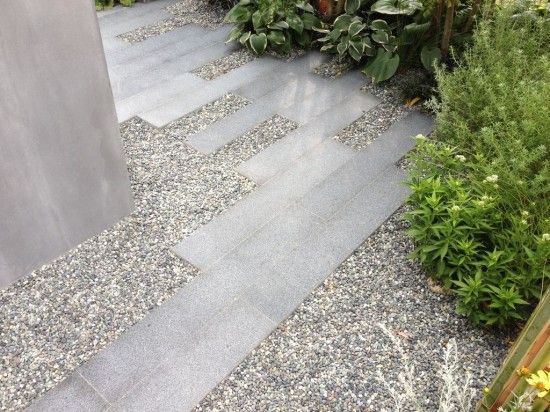 There is a set number of Gold Medals, alongside Best in Show and a host of other awards such as Best Planting and Best Construction. With an international host of designers all used to working on the highest level at shows competition is extreme.

Last year I was awarded Gold and Best Planting, this meant the heat was on and we were all nervous.  I particularly wanted my team to do well as we had a complicated garden build and at times I was worried I had been over ambitious about what we could build in the narrow time frame.  I was delighted, shocked and speechless to be awarded Gold, Best Planting and the big one, Best in Show at this year’s World Cup.  My excitement didn’t help my nerves when it came to the speeches later in the evening at the Black Tie Gala Event. 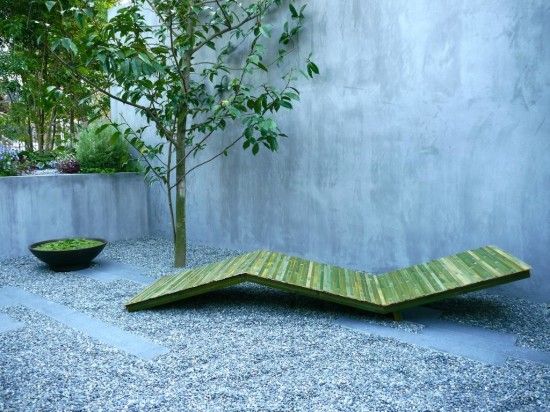 So, if you plan a visit to Japan to see some of the breath taking gardens, then plan for October; the weather is like a decent summer. Not only can you take in iconic places such as Kyoto, spend days in the pottery districts of Arita but you could also take in Gardening World Cup and the surreal surroundings of Huis Ten Bosch, in its self a unique creation. 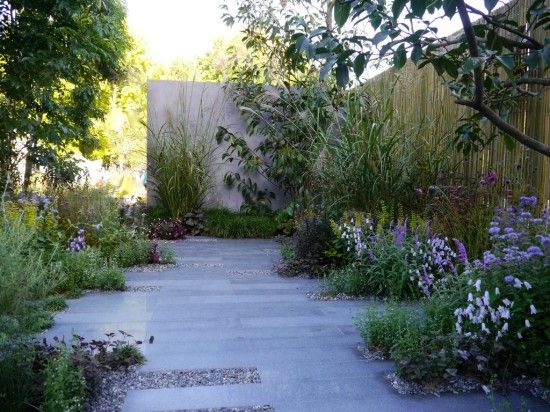 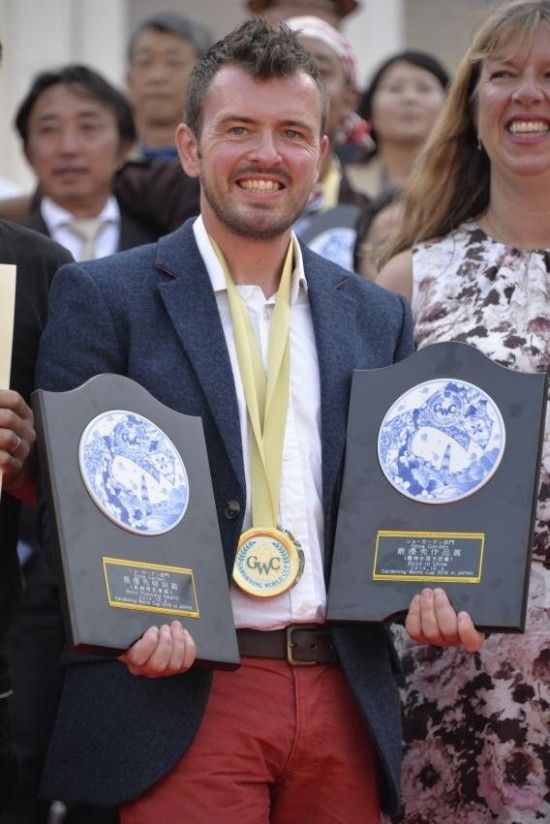