I’ve been answering some of the gardening questions I regularly get asked at talks, lectures, by e mail and on the radio. We have now tackled fifty, so here’s the next installment. I decided this was a good time to post these on the blog: you now have the holidays to add your questions to the end of the post and I’ll answer them in the next installment.

Q1. I have a large Acer griseum, the paperbark maple which I planted in the late 1970s and it is now more than 10 metres, 30ft tall. When is a good time to prune the tree? I want to remove the lower branches, the under storey, to raise the canopy. 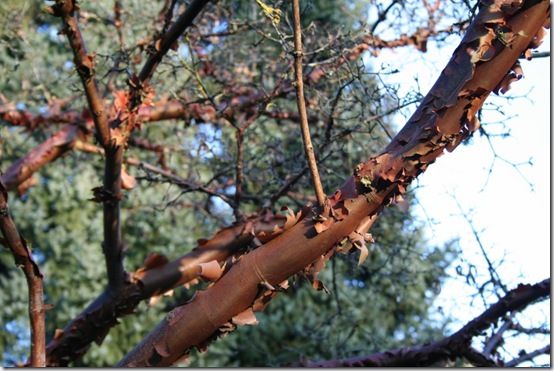 A.Acer griseum should only be pruned early in the dormant season, soon after leaf fall. Pruned later in winter it can bleed copiously causing die back. If you are at all unsure my advice would be to cut just one branch and see what happens before you do it all. Firstly remove any crossing and conflicting growth from the middle of the tree. This way you will be able to see what else to cut out more clearly.

Q2. I have a mature crab apple tree in the garden which has developed white, wooly deposits on its branches. Is this a fungal disease or a pest and how do I get rid of it? 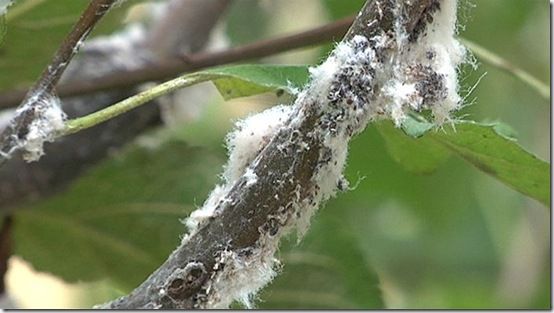 A.The white, woolly deposit on your crab apple is most certainly woolly aphid, a small insect pest that produces this woolly protection that makes control difficult. Wooly aphid has been a real pest in recent years, mainly because of the mild winters and lack of use of winter washes on fruit trees. Spray your trees with an environmentally friendly winter fruit tree wash. This is a low impact product that is harmless to wildlife and kills the overwintering eggs and adults aphids. For spring and summer control, use an organic insecticide. This can be applied using a coarse spray and it is important to soak the twigs, bark and those nooks and crannies where these pests hide.

Q3. I am training some laburnums to make a laburnum tunnel. Please can you tell me when is the correct time to prune them and how I should go about training them. 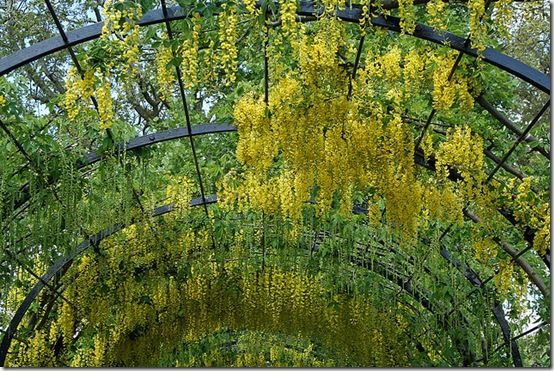 A. Normally I would recommend that you prune these laburnums after flowering however you will find it much easier to prune them during the winter when they are without leaves. What you are aiming for is a series of vertical stems trained up and over the arch. These stems should then be clothed with side shoots or spurs from as near to the ground as possible over the full length of the stem.

Sort out the main framework now, allow the plants to flower. Then when vigorous new growth shoots have grown by midsummer shorten these back to two or three buds. This will build up the spurs that will bloom next spring. In future sort out any major training in winter and summer prune when the first flush of growth has finished after flowering.

Q4. I have inherited a number of clematis in my new garden. Please can you tell me how I go about pruning them? Several of them seem to have lots of growth at the top and nothing at the base. 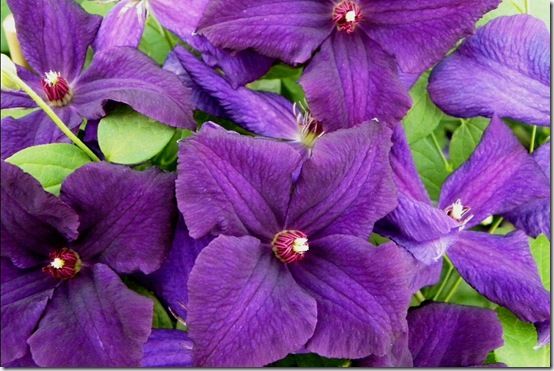 A.Clematis pruning can be rather confusing. If a large-flowered clematis flowers early in the year, then it blooms on the wood that was produced the previous summer. You would prune after flowering: when the blooms have finished cut back the stems by at least half. If it is a small-flowered variety cut out some of the flowered stems to encourage new growth from lower on the plant.

If a clematis blooms later in the year, on the new wood produced that year, then cut it back in late winter or early spring to wherever you can see those new growth buds emerging. This can be quite near to the ground in the case of the Clematis viticella varieties, or down to a metre (3ft) or so if it is a later flowering large-flowered hybrid.

Q5. I live in the south of England and I have an oleander plant which I have seen blooming prolifically in Mediterranean countries. Although mine seems to grow it rarely produces any flowers. I keep it in the greenhouse over winter and then move it outside in late spring. Could I keep it out all year and how can I get it to bloom? 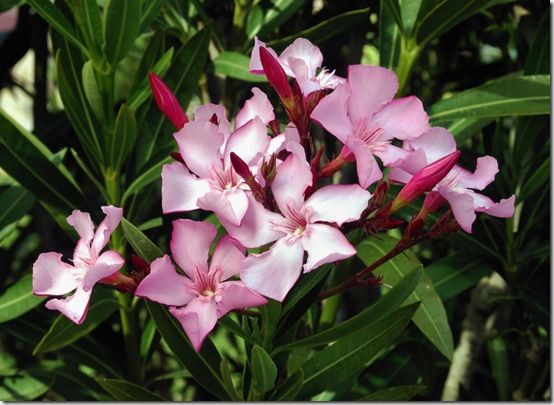 A.Nerium oleander is an easy plant to grow providing you give it as much light as possible: outdoors in a sunny spot during the summer, indoors in a cool, airy, light position during the winter. It is not frost hardy so it will not survive outdoors, even in the south of England. Do not over water during the winter months; allow soil to get quite dry between watering. This plant does not require excessive feeding but an application of a controlled release fertiliser to the surface of the compost in late spring will help. Now the secret of success: keep it in the greenhouse or indoors until the flower buds develop and start to open; it should then keep blooming through summer. If you put it out to early the buds often drop.

Q6. I have a number of metal obelisks in my garden and would like to train clematis up them, preferably white or light colours so they glow in summer evenings.

Can you recommend three or four that would not be too vigorous for a 1.8 metre, 6ft obelisk. 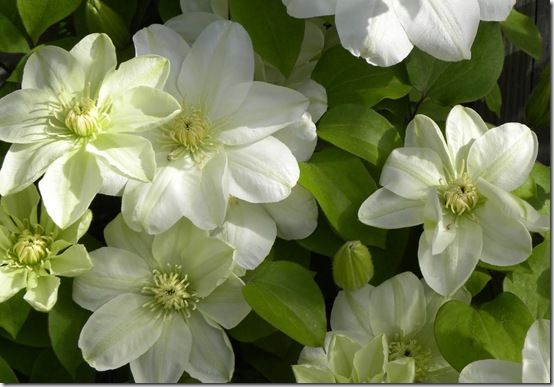 A.It is a good idea to plant three or four together not only to give succession of flowering but also to give some weight to the planting. Start the year with Clematis ‘Early Sensation’, a hardy evergreen variety with pretty cut foliage and starry white flowers with greenish stamens. Then follow with Clematis ‘Marie Boisselot’ which will start to produce its large pure white blooms from late spring. I would add pale blue Clematis ‘Prince Charles’ for early to mid summer. Pale blue is almost luminous in low light. Then I might choose Clematis ‘Cotswold Cream’ which usually flowers in early summer but repeats later in the season.

Q7. Is it possible to plant a tree in a 5m (16ft) wide border, backing onto a fence, to provide light shade for a seating area. I know you`ve said before don`t worry about ultimate size, but I don`t want to be hacking back a plant all the time. The roots could spread under the gravel seating area, and the head of the tree once it had grown above the 1.8m (6`) fence could then spread out. I`ve looked at Buddleja davidii, but even that is listed as spreading 4m (13’). The soil is alkaline and it would be in full sun. The seating area is 4m across by 2 m deep. 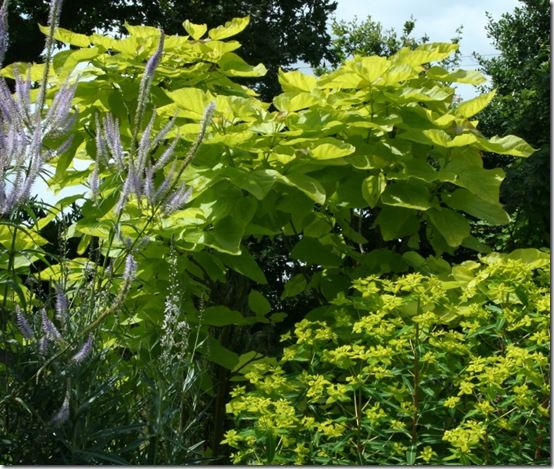 A.Obviously the ultimate size of plants varies according to variety and the growing conditions. A Buddleja davidii variety really needs hard pruning in late winter every year to get the best results; therefore I don’t think it is a good choice for you anyway. It is also rather boring for much of the year. I would consider one of the smaller growing Malus, ornamental crab apples, such as ‘Evereste’. This will provide shade, blossom and fruits for winter. I would also consider the golden Indian bean tree, Catalpa bignoniodes ‘Aurea’. This can get larger in time but in my experience never gets to anything like ultimate size in this type of situation. It’s got wonderful foliage, is a great shade tree and a really good focal point.

Q8. A friend gave me a lovely rhododendron for Christmas. It’s in a plastic growing pot and I want to plant it in a large container on the patio. Is it best to wait until spring to plant it out and should I keep it in the conservatory or garage until I do? 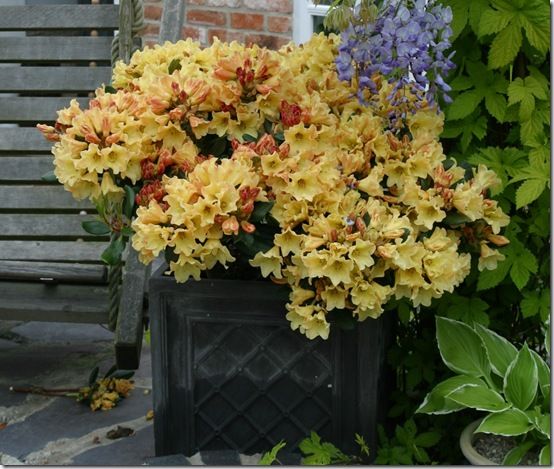 A.Your rhododendron is a hardy plant and will not benefit from being kept indoors. Keep it out in the garden in a sheltered position, close to the walls of the house if the weather is frosty. Plant it into its final container as soon as you can. Although it will be happy in the growing pot for months it will benefit from planting in a larger volume of growing medium. Not only will this help to insulate the roots in severe weather, the roots will start to grow out into the new medium as soon as they become active in milder weather. Remember to keep it well watered.

Q9. I have two lovely evergreen ceanothus in the garden. These are now large shrubs and have been beautiful for several years. Although both flowered brilliantly last spring one of them now looks very unhappy. It has lost lots of its leaves and the remaining ones look thin and yellow. What can I do to revive it? Does it need feeding? 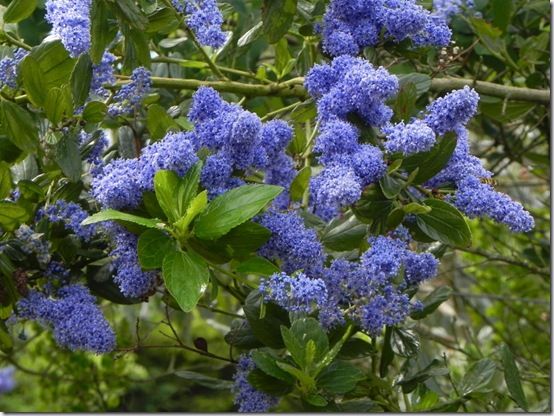 A.Ceanothus, the Californian lilacs are usually fast growing flowering shrubs that produce a spectacular display of flowers in late spring or autumn. Unfortunately the evergreen varieties are mostly short lived shrubs and I suspect this one is nearing the end of its life; they rarely survive more than ten years or so. I would plant a new one nearby as soon as possible; feeding will not help the old one and it will be best to remove it as soon as possible.

Q10.I planted a new row of Raspberry ‘Autumn Bliss’ last spring. They grew well and cropped reasonably this autumn. What should I do with the canes now? Should I cut them back; if so by how much? 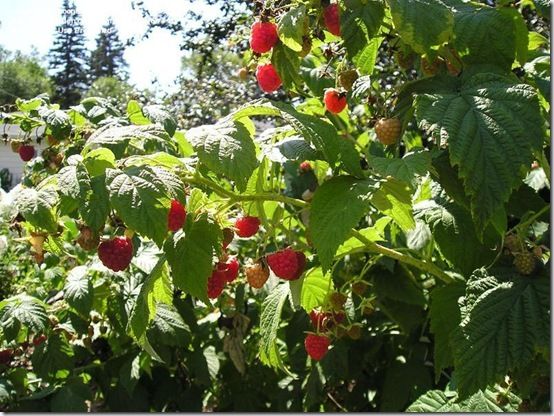 A.Normally autumn fruiting raspberries are cut right back to the ground in winter. New canes then grow and mature during the season and fruit that autumn. Certainly this is what I would do with yours as they are in their first year. When you cut them back feed with a general fertilizer containing plenty of potash to encourage fruiting. As the plants grow and spread you may want to leave a few canes not cut back. These usually produce an earlier crop of fruit which will give you more continuity.

Don’t forget to leave your questions below and I’ll answer them in the New Year. Season’s Greetings and have a very Happy Christmas.