Tips and Advice On Choosing The Right Loppers

I love the Wikipedia definition of loppers: “Loppers are a type of scissors used for pruning twigs and small branches, like secateurs with very long handles”. I suppose it’s true, but I think of them more as bolt croppers for the garden.

Like most people I’ve always used secateurs or hand pruners for most pruning jobs. If a stem or branch was too thick I used a saw; often a bow saw because that was what came to hand. When I first got a good pair of loppers I realised what I’d been missing. This is a wonderfully versatile garden tool with a great variety of uses, depending on which loppers you choose.

Like pocket pruners there are both anvil and bypass models. Bypass loppers cut like a pair of scissors. Anvil loppers have a cutting blade which closes onto a fixed, flat blade or anvil.

The former works best on green and thinner stems, the anvil pruners work best on thicker and hard, dead wood. Both come in a variety of sizes and handle lengths. Some have extendable handles which enable a longer reach.

Weight is an important consideration. Those with extendable aluminium handles are obviously much lighter and easier to use, however the handles may be more “flexible” when cutting thick stems. 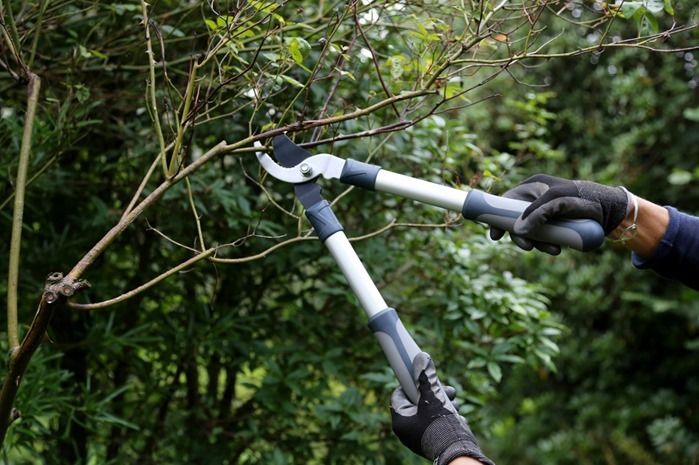 Short handled bypass loppers are ideal for lopping at close range and a great choice for gardeners with a weak grip that find the cutting action of one-handed pruners difficult to manage.

However, don’t think that long-handled loppers are just for reaching up to greater heights. They are immensely useful when reaching across beds and borders without battling your way through overpowering shrubs and undergrowth. They also make it much easier to reach down into the centre of hostile shrub roses and thorny shrubs like berberis.

Anyone that has attempted to cut the old stems out of an old shrub rose will know that, even with protective clothing and gauntlets you won’t come away unscathed. With a pair of long-handled loppers you can probably manage a tough pruning task without putting your armour on. 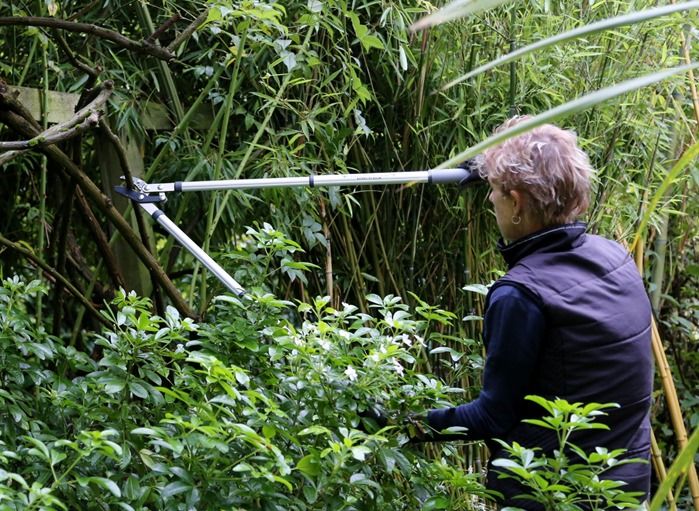 Of course extendable handles do make it possible to reach those cuts which you could make with a pair of secateurs if you only had a step ladder.

This is where trying before you buy is really important. Cheap loppers are often heavy and unmanageable and will make it difficult to manage more than a cut or two.

The Burgon and Ball Bypass lopper is a really nice pruning tool with a compound lever action which the manufacturers claim gives you 50% more cutting power. Certainly I like it and it is probably the model I would choose out of their range.

One tip: if using telescopic handles, make sure they are tightened securely before you use them, otherwise you will find pruning impossible. 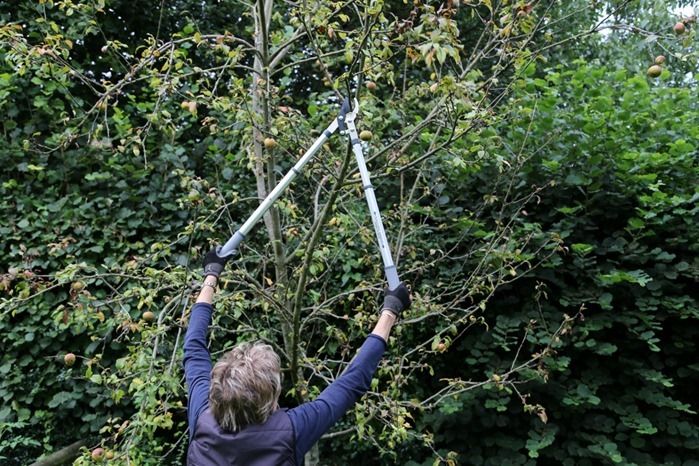 Ratchet loppers gives you the ultimate cutting power. The combined lever action means that the cut is made in stages; in other words the blade cuts through the wood a little at a time.

This is ideal on thicker branches and requires less effort than ordinary anvil or bypass loppers. 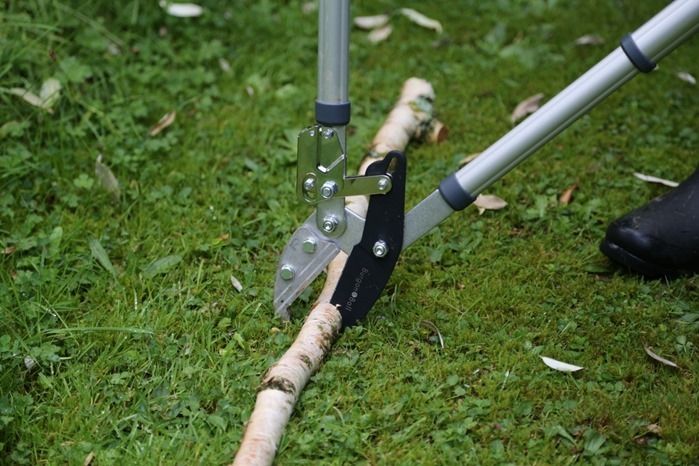 This is ideal to use when pruning thicker stems, or when cutting up branches on the ground after they have been removed. Extendable handles mean less bending, making it simpler to cut up the branches ready for the wheelbarrow.

In this case I found the aluminium handles rather too flexible. For me they had more power when left shorter and I found it difficult to cut, despite the ratchet action. 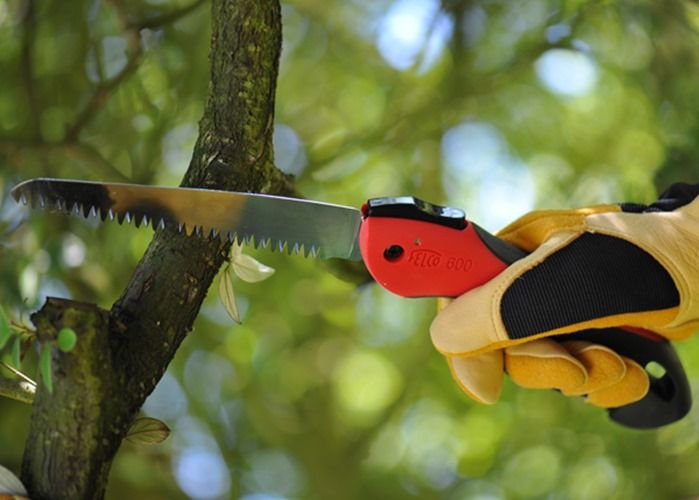 Personally, for much thicker stems I would always use a pruning saw. I think this is easier to manage and more efficient.

For the thinner branches, loppers are perfect and would be the tool of choice. For more substantial limbs of trees and thicker dead wood, a pruning saw. The small folding pruning saws which cut on the upper stroke as well as downwards are ideal.