Probably pinks were some of the first plants I grew from cuttings. When I started gardening as a schoolboy gardens were about hybrid tea and floribunda roses and pinks were often to be found around the edges of rose beds. However my lasting memory of them at that time is as cut flowers. I worked weekends and after school in a florists and will never forget that sweet clove scent that greeted me when I opened a box of pinks when they arrived from Devon. They came from Whetman Pinks, now world famous for these wonderful garden plants. 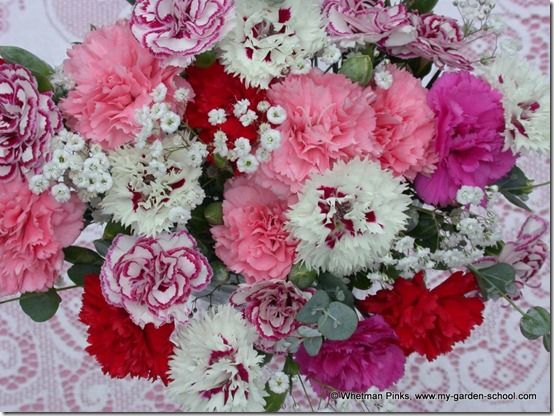 Whetman Pinks don’t usually exhibit at RHS Chelsea Flower Show but many of their varieties are represented on various exhibits each year. Along with sweet peas and lavender these must be the visitors’ favourite fragrant flowers. However, last year they did exhibit, winning their first Gold Medal, and Dianthus ‘Memories’ was voted runner up Plant of the Year at Chelsea Flower Show in 2012. A beautiful fragrant white flowered variety with grey-green foliage it is all a pink should be; compact and free-flowering too. 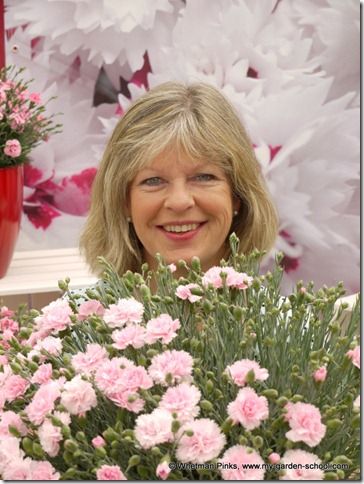 I caught up with Carolyn Bourne at Contact 2013 a conference for growers organized by the Horticutural Trade Association (HTA) in the Midlands earlier this year. I was delighted when she agreed to join me as a guest on my blog and share her thoughts and a few tips on growing pinks.

I imagine pinks have always played a leading part in your life Carolyn. Have you always loved them or did it take a while to get hooked?

No, not always, but that was probably because I never really had to focus on pinks alone. I spent many years running my plant stall and I learned to love the changing seasonality of the produce I sold. However, I soon got hooked because in the old days, it was a plant that sold ‘in the green’ before the main rush of spring bedding, thereby generating some early welcome income!

Do you think pinks have changed over the years; are the newer varieties actually better than old favourites?

Yes, I do think they have changed – and by and large for the better. However, the enormous range of patterns that are contained in the genetic make-up of pinks is really inspiring and when I look at old plates in books, I never cease to be astonished at the diversity of form, colour and patterns that have existed for hundreds of years. My aim is to try to combine the beauty and grace of the best old cultivars with the best attributes of the modern pinks – such as repeat flowering characteristics and compactness of form - and we mustn’t forget the high health status of the modern pink too, now that our varieties are virus indexed. This has vastly improved their performance. 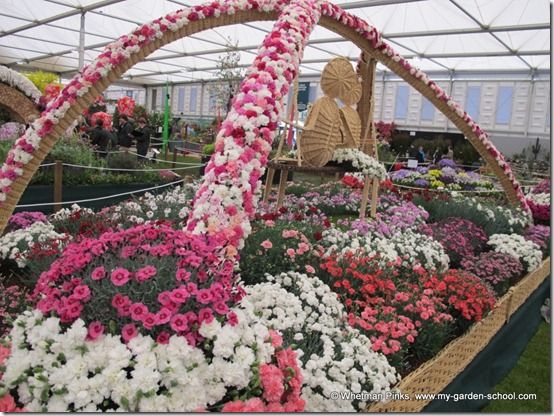 Do you think pinks are considered old fashioned flowers, or are new gardeners embracing them?

Like with so many things, fashions come and go. As far as I’m concerned pinks have never been out of fashion, otherwise I would not have stayed in business for so long! I actually think there has been a 20 year generation gap which continues a little today. In recent years, we as consumers have been widely exposed to spray carnations which can be mistaken for pinks. These widely available bunches of forlorn looking flowers, placed on windy garage forecourts or at the front of supermarkets, which when placed in a vase refuse to die, are scentless wonders!

I get an enormous thrill from watching someone’s face light up when they smell a bunch of pinks! And then so often, they, like me, will get hooked. 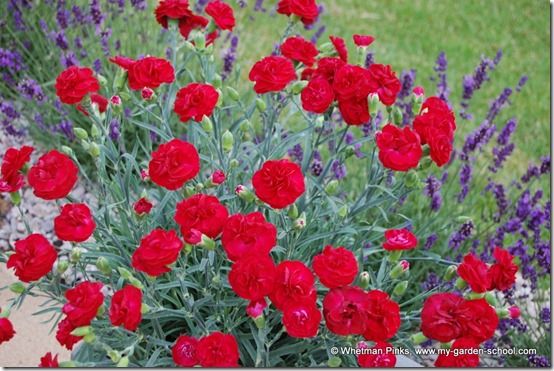 What do you consider to be the secrets of growing pinks in the garden?

Pinks' main requirements are: good drainage, full sun and planting them in the right place. Unfortunately, I rarely follow my own good advice, which is so annoying. I have all too frequently planted some in the border and then wondered what happened to them as I am gaily picking lupins or delphiniums - only to realise that they have been swamped by other vigorous leafy perennials. I think they look good on their own or with other grey leaved plants, like lavender or stachys Dwarf varieties look good on the rockery and enjoy those kind of conditions. Given the right situation, an individual plant will last for years and years.

The other essential is a pair of scissors or secateurs. Give your plants a good chop in the autumn, taking off all the spent flower stems and getting the plant organised into a decent shape ready for the winter by cutting back any straggly stems. I often hear grumbles about straggly plants. This happens usually because faded flower stems fall over and shoots sprout from the nodes (the bumps on the stems), creating what I call a palm tree effect. What we should aim for is a neat mound or dome shaped plant. (that's the control freak in me!)

Can I grow pinks in pots; they really don’t seem to like my acid sand?

Pinks grow very well in pots - and are very tolerant of heat, dry conditions and frost. Your sandy soil should be OK because they enjoy free drainage, so you could trying raising the pH with some lime and see if that helps. 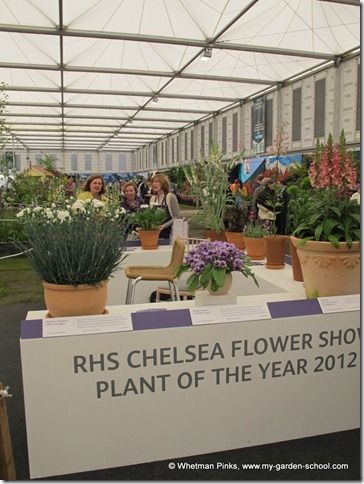 Which varieties of pinks would you recommend to the gardener and why?

Well now - where do I start? This is a very basic list of some good doers, which I have selected because they are reliable, they have a lovely fragrance and lots of flowers. For borders or large containers, Doris (pink/salmon eye bicolour), Devon Wizard (magenta), Gran's Favourite (magenta and white lace), Letitia Wyatt (pink). For containers, Raspberry Sundae (pink/maroon bi-colour) or Coconut Sundae (white/magenta bi-colour), Tickled Pink (lavender), Candy Floss (sugar pink), Passion (crimson), Memories (white). For rockeries, Silver Star (white/magenta bi-colour) Evening Star (single pink/cherry eye), Red Dwarf (single red/cherry eye), India Star (single cerise/maroon eye), but there are so many to choose from, it's much more a matter of personal preference as to colour and style.

Do all pinks smell the same? I think of them as sweet and spicy; clove scented

No! The fragrance is quite different from variety to variety - some floral, some spicy, some sweet, some heady. A few years ago, we did a perfume capture and more than 60 volatile oils were analysed in the fragrance. I think the really clove scented types stem from D. caryophyllus, the wild carnation. But on the nursery, we breed for fragrance and it would be really lovely to know which parents pass on which note of fragrance! Then I could retire!

Why do you think the fragrance of pinks is so enduring?

The fragrance in pinks and carnations is unmistakeable and complex. It cannot be confused with any other flower, much like the individuality of fragrance in freesias or lily of the valley. Our exhibit at Chelsea last year was entitled In Remembrance of Things Past after Proust's great work - alluding to the memories that tastes or smells can stimulate.

Is it true that you can eat the petals of dianthus? If so what do they taste like and do you use them?

Yes, the petals are edible but remember to snip off the greeny white petal base which might be a bit bitter. They look very pretty in lemonade punch or sprinkled onto a salad, or if you are entering Masterchef! Personally I don’t think they taste of anything! But that's just me! Apparently in times past, the petals were used to flavour wine – as would be apparent from the variety called 'Sops in Wine'.

I know Whetman Pinks appear at lots of shows. Do you enjoy the show circuit and if so what do you like about it?

Actually we don't do the show circuit because our precious glasshouse space is taken up with mother plants and rooting benches. Preparing plants for show, whilst challenging and satisfying, uses a vast amount of space and time. We do grow some plants for our customers to exhibit though. I love the shows when we have done them - I don't know how you manage organising Hillier’s fantastic displays! 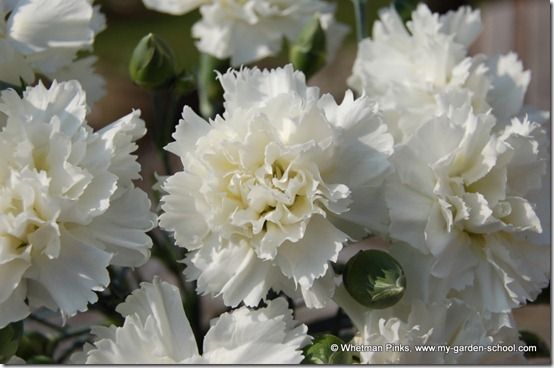 So are you into gardening in the broader sense and do you have time for it? Do you grow your own vegetables for example?

Being in the garden is my passion. I adore my plants and we have a super gardener who works 3 days a week for us. But what dreadful weather we've experienced in the last 10 months. There is a stream that runs through the middle and in all the 35 years I've lived here, it is only since 2000 that it has broken its banks. This year was the worst ever, flooding the nursery and removing many mature loved plants from the riverside where I had innocently planted them in my youth, never thinking we would have this change in weather pattern. The stream is now 4ft wider and all that topsoil has disappeared to the sea! Yes, I grow all our fruit and vegetables, although my dear husband is NOT a green veg man.... and we coppice our own wood. I do know how lucky I am. We have just offered some ground to our staff here on the nursery to use as allotments so that's going to be fun.

What are your other guilty pleasures apart from pinks?

Galloping through the fields on my Connemara pony called Fudge! I love him! My husband welcomes him too because he thinks there are far too many females in the household. I also love scrumping raspberries and eating Discovery apples when they’re in season, but just 4 or 5 bites at a time, throwing the remainder to the geese! Oh, yes, and watching the staff run away from a loose gander we have on the nursery - I keep telling them it's only a bird, but they run as though it was a dragon!! It's very funny to watch!