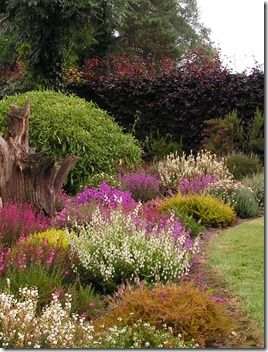 I was quite horrified when we inherited a bank of heathers in our new garden.

A mixture of summer and winter flowering varieties, my wife and I kept extolling their virtues to one another; a sure sign that neither was sure of their fate. They covered the ground so effectively, filling the gaps between random rocks on a bank separating two levels of lawn and provided winter colour. They were growing a little too well, rather smothering some dwarf rhododendrons and low growing evergreen shrubs. Fortunately for the heathers we had other priorities within the plot and, as deer do not eat ericas and callunas, the heather colony was spared.

During the first winter I found the swelling buds of Erica carnea cheering and full of promise through early winter, and all the more exciting as the flowers started to open after Christmas. When the bristling mats of pink, white and deep purple-red were studded with early crocus and scillas in early spring I was sold on winter flowering heathers; even to the point where I went out and bought more.

I really do not know why I am so suspicious of heathers. After all Adrian Bloom did so much for their promotion in the 70s and 80s with ‘The Year Round Garden’. I suppose that says it all; heathers do provide year-round interest. They are also easy to grow, and do not present much of a challenge to the gardener. Most keen gardeners seem to grow more challenging plants that struggle rather than perform! 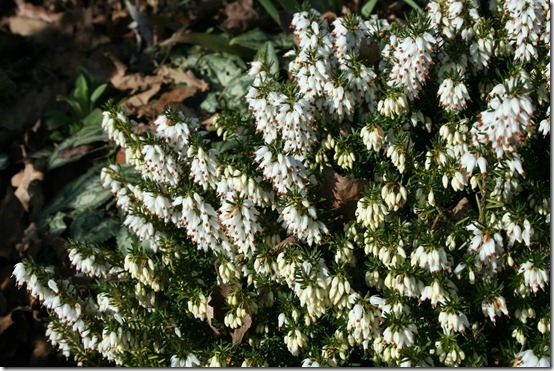 The big selling point of the winter flowering heathers Erica carnea and E. x darleyensis is that both are lime tolerant. In other words they do not need acid soil like some other ericas and nearly all callunas. For those gardening on the chalk soils we have in parts of the British Isles they are a Godsend. 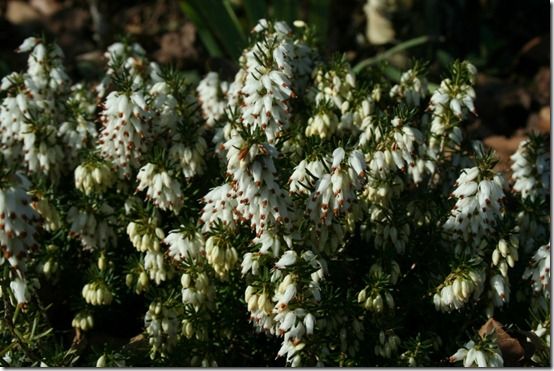 Erica carnea originates in the Alps of Central Europe, so it is certainly hardy. If forms a dense hummock or mat covered with flowers in winter. There are a huge number of different varieties, raised because of the wide interest in, and use of this plant in gardens. Flowers can be anything from white to deep red-purple and peak flowering time from late autumn through to mid spring according to variety. Some have bright gold foliage, a colour that works for me with white flowers but jars with pink.

Erica x darleyensis is a hybrid between E. carnea and E. erigena, a taller growing species. The hybrids of E. x darleyensis have inherited this taller character producing an altogether bigger, looser growing plant and one that is useful to bring taller colour to mixed plantings of heathers, conifers and dwarf evergreens. 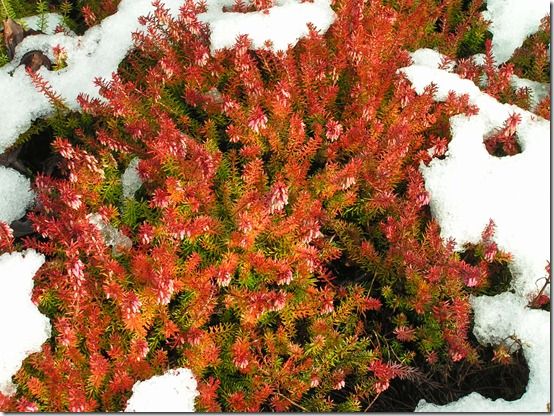 All heathers have very fine fibrous root systems. Although these winter flowering heathers are tolerant of different soil types, when planting pot grown plants it is important to encourage the roots to grow out from the rootball into the surrounding soil. When the heather garden at the Sir Harold Hillier Gardens was replanted copious amounts recycled green household waste were added to the soil, and porous hose laid just below the surface to ensure adequate watering during the summer months in the early stages. When planting just a few plants in your garden just make sure you add organic matter, soak the plants well before you plant them and keep them well watered. 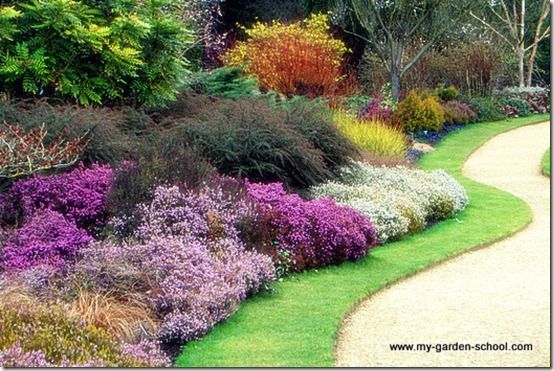 Heathers are often offered for sale as small plants that can be planted in groups of three or five to make larger drifts. This is often a better way to start them than to plant larger specimens. Whatever size of Erica carnea or Erica x darleyensis you plant the most important thing to remember is to trim hard after flowering. As soon as the flowers start to fade, get out there with the shears and give the plants a short top and sides, clipping to just below this year’s flowers; those sheep shears widely used for topiary are ideal for this purpose. 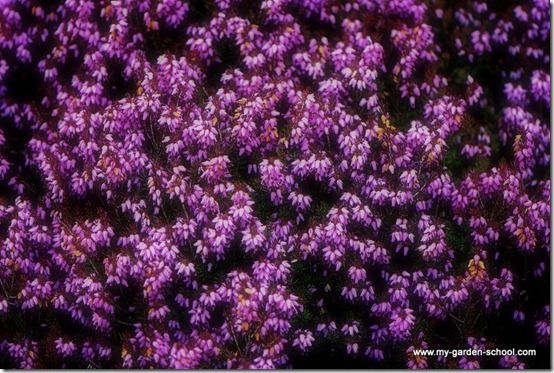 hen, ideally, give them a good mulch with organic compost and, on poor soil, a light feed with an ericaceous fertliser. Your winter heathers will respond with vigorous new growth that will stay compact and produce a mass of flowers next year. 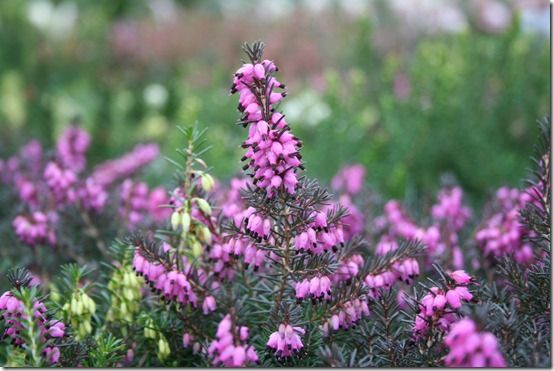 In the case of Erica x darleyensis a lighter trim after flowering will keep the plants well-branched but allow then to attain some height. This is useful if you want to use them as cut flowers. They make wonderfully long lasting decorations when cut and some are surprisingly fragrant. I hardly ever think of using them as cut flowers but when I do I realise how good they are. A florist friend in London swears by them for the creation of garlands and posies for weddings. 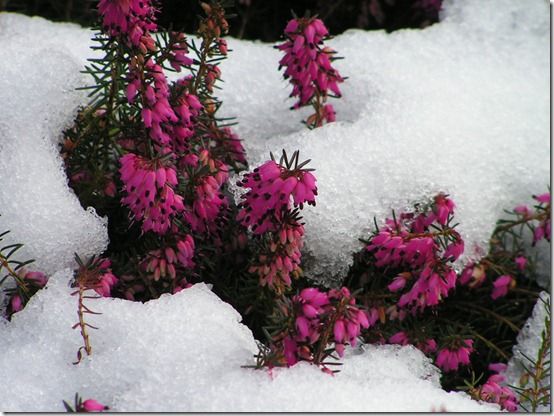 Winter flowering heathers are a valuable source of winter colour. They suit alpine planting, gravel areas and are brilliant for early containers. Make more of them and you could become a convert like me!