Which camera orientation should I use landscape or portrait? 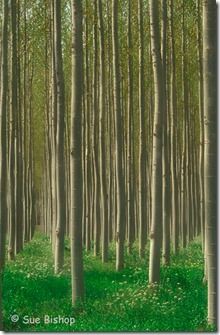 There are lots of different decisions we have to make when we’re taking photographs – what lens to use, what aperture and shutter speed to choose, what to include in or exclude from the picture, whether to use any filters… the list goes on.

But one of the simplest decisions we have to make can also have the most fundamental effect on the resulting image – and this is simply whether to have the camera in a horizontal (landscape) or a vertical (portrait) orientation.

This sounds blindingly obvious – and in some ways it is!  But sometimes simply turning the camera through 90 degrees can really transform a photograph.

On many occasions it will be obvious from the start which camera orientation to use.  Often this will be dictated by the shape of our subject – to record a long, low building we would use a horizontal orientation, while for a tall thin skyscraper we would change to vertical.  But there will be other times when the shape of the subject would fit equally well within the frame either way, and then other factors will influence our decision.  We will have to consider the other elements in the frame, and how they relate to our main subject.

For instance, going back to the building analogy, if we had a building that was almost completely square, its shape alone would not make the decision for us.  So we would have to decide whether we wanted to include more of what was to the sides of the building – a landscape orientation – or more of the foreground and sky – a portrait orientation.

And although in many situations it will be clear which camera orientation will work best, sometimes we can still be caught out!  I remember a few years ago I was photographing some trees in a plantation.  Because the trees were tall, thin, vertical subjects, my first instinct was to use a portrait shot.  However, I then tried a horizontal shot as well, and I thought this actually worked much better. 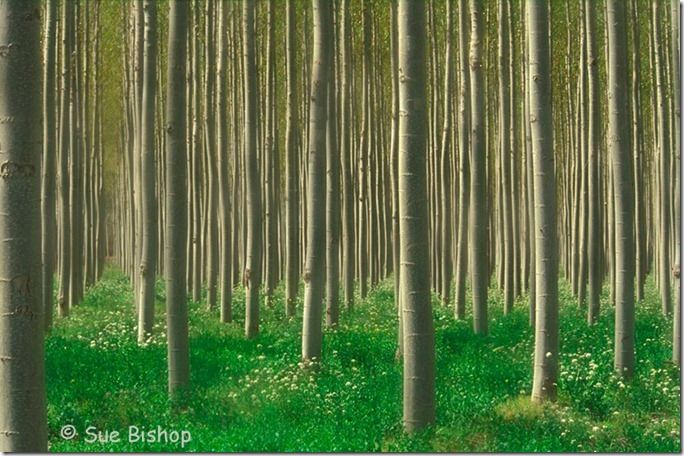 When you analyse the portrait photo, all the interest is actually in the lower half, with the white flowers and grass growing among the tree trunks – there is very little interest in the top half of the picture at all!  So changing to a landscape orientation included more of the interesting part of the scene, and also gave a better sense of the scale of the plantation by including a larger area from one side to another.

Definitely worth turning the camera through 90 degrees this time!