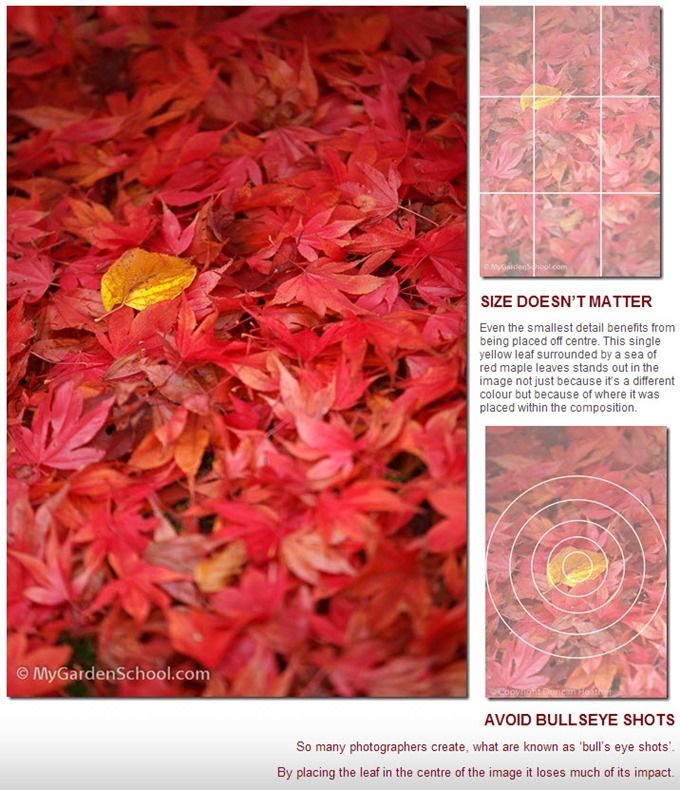 Deciding how to compose your photograph can be one of the most fun, but also one of the most challenging, aspects of photography. A good composition is certainly absolutely crucial to the success of any image.

A successful composition could be defined as one where there is balance between the different elements in the frame. The use and placement of colour, light and shape all work together to create visual harmony.

But how is this achieved? Well, there are some “rules” of composition, although these should perhaps be regarded as guidelines rather than rules.

Simplicity is very often the key to a good composition. If there are lots of different, unrelated elements in the picture it can be visually confusing. Look at the scene in front of you and analyse what it is that attracts you. Then try to compose your photograph so that you focus on those elements, and exclude other elements that are irrelevant or distracting.

Probably the best known of the rules of composition is the rule of thirds, which says that if you imagine a noughts and crosses grid over your image, and then place your subject along one of those lines, or on one of the points where they intersect, your composition will be stronger than it would be if you put your subject bang in the middle of the frame. This guideline is always worth considering, and in many situations it will be right – but don’t follow it slavishly!

In some situations a symmetrical composition will work better – but if you do decide on symmetry, try to line up your picture so that everything really is as symmetrical as possible.

The considerations of the rule of thirds and symmetry will also apply to where you put your horizon line in a landscape photograph. Very often having the horizon high or low in the frame will make a more visually interesting composition than having it half way up. The exception here is if you’re photographing a reflection, such as a mountain reflected in a lake – in this case a symmetrical composition may work better.

Always stop to consider which camera orientation will work best, vertical or horizontal – often the answer may be obvious, but sometimes it’s worth experimenting both ways. 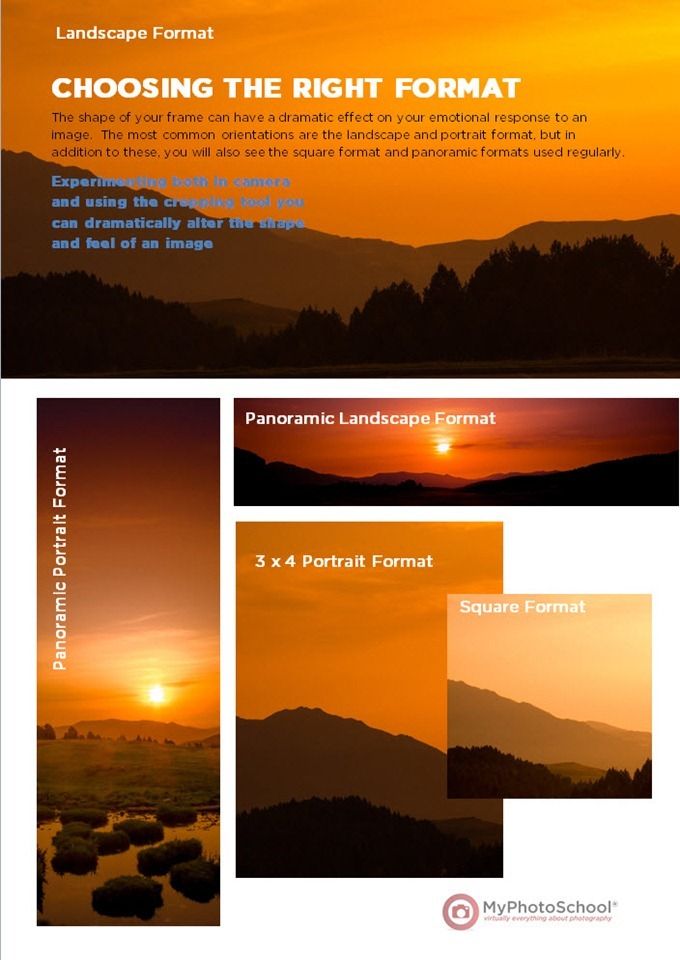 Finally, think about the lines within the picture. Sometimes these may be obvious, such as lead-in lines – for instance, a path leading through a wood – which lead the viewer’s eye into the picture. Try to avoid barriers to the viewer, such as a wall or fence near the bottom of the frame which prevents the eye from continuing in to the rest of the photograph.

Other lines may be more subtle, and consist of the relationship between the different elements in the picture. For instance, if you have three elements, are they all on a horizontal line, or do they form a diagonal across the frame, or even a triangle? Horizontal or vertical lines are said to be less stimulating visually than diagonal lines.

Look at other photographs or paintings, and analyse the composition, trying to decide why it works – or doesn’t work. The main way to get better at composition is to practise all the time – even when you don’t have a camera with you!