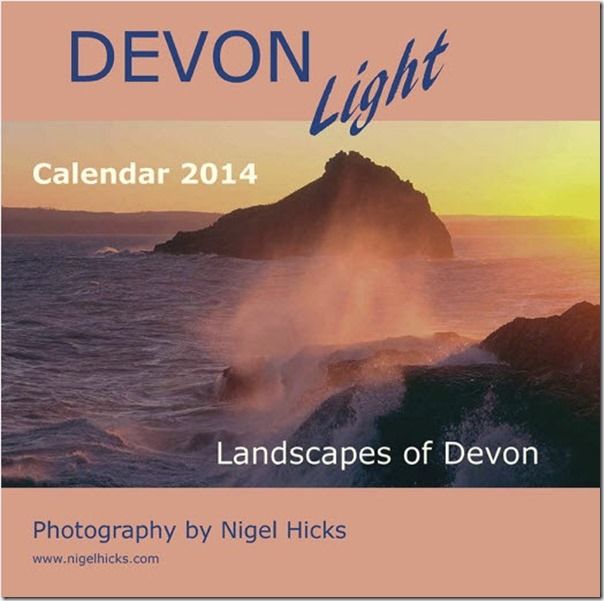 It's that time of year again. Autumn is here and the scramble to get next year's calendars into the shops is almost over, apart from a few stragglers putting in late orders, plus the prospect in the run-up to Christmas of a few shops who've managed to sell out and decide to put in second or even third orders. There are never enough of those, in my view. My main drive now is towards direct sales to the public, via both my own online shop (www.aquaterrapublishing.co.uk) and directly, person-to-person courtesy not just of my own efforts but also those of a network of friends and relatives. 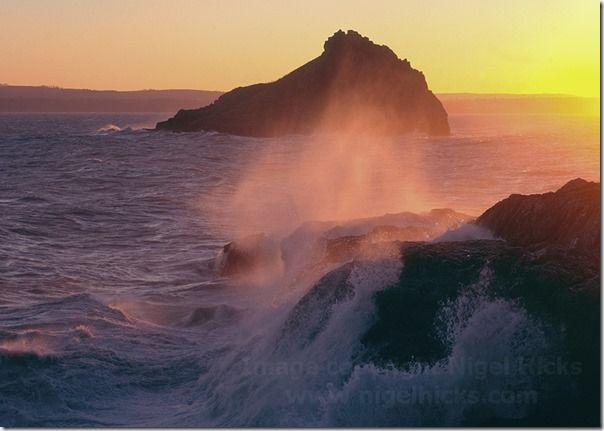 And what type of calendar am I trying to sell? Well, essentially landscape photography of southwest England, my home area, featuring photography entirely by myself (see www.nigelhicks.com to see my photography work).

This year I've photographed and published four 2014 calendar titles, called Devon Light, Dorset Light, Somerset Light and The Southwest, the first three hopefully self-explanatory (the Light part referring to the beautiful light in most of the images), the fourth covering all four counties of the southwest (viz Devon, Cornwall, Somerset and Dorset). 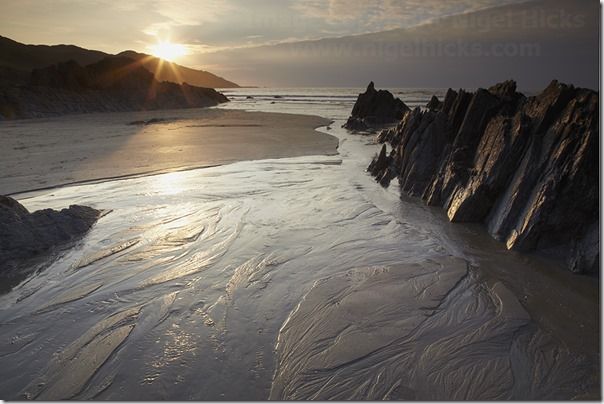 Almost more critically, it is also time to start panicking about the following year's calendars - yes it's way past time to get on with putting together 2015 designs! Usually, I would have been steadily putting together a collection of new images in preparation for this during the fine summer months, but this year I've found it almost impossible to get out with the camera. I did try to build up my 'stockpiles' of images last year, with partial success, so it looks as though I might have to rely on those more than I'd hoped. 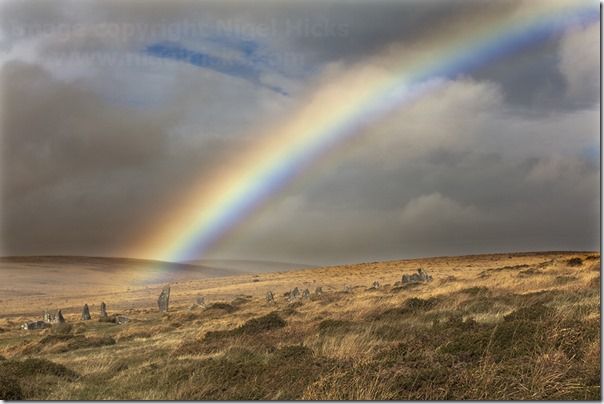 Still, I should be able to get some photography done in the coming weeks. The autumn's the best time to shoot anyway, both dawn and dusk at reasonably civilised hours that don't require quite such a super-human effort to be out and about for. The problem with shooting in June and July is that dawn is so darn early and dusk so darn late, and the midday sun too darn high in the sky for any decent photography, that you have to become practically nocturnal to get much by way of truly moody, atmospheric imagery.

But autumn's misty dawns can be an absolute treat, particularly if you can combine them, for example, with mirror-calm waters and sturdy, enduring trees. And then there's the Atlantic surf rolling in on Devon and Cornwall's north coast, slowly mounting in strength as winter approaches, always a magnificent sight to watch and of course photograph. 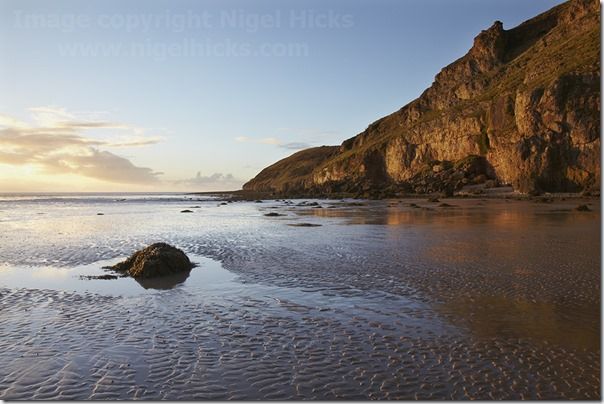 If there is one time of year whose images I really fret about, it's the winter. Those frosty, snowy images seemingly so essential to the December and January pages of every calendar are always a worry, particularly in England's southwest where the white stuff can be a pretty unreliable visitor. The last couple of winters have seen a reasonable amount of snow down here, but even so in the winter of 2012-13 it came quite late, taking me worryingly close to the deadline before I was able to get the shots in.

And when you have snow, getting the images can be deeply difficult, if only because access can be so troublesome. Lovely, photogenic snowy scenes usually lie out in the deepest countryside, found along those very country roads and lanes that rarely get cleared. And even if the road you need to get along has been cleared, it's unusual for there to be any conveniently clear parking spots. Moreover, you really need to get to those photogenic views as soon as the sun starts to shine and before either the snow starts to melt or anyone starts sledging, building snowmen or generally messing up the pristine whiteness of it all. So, all that can mean venturing out while the weather is still rather nasty, armed with plenty of warm, waterproof clothing, shovels, salt and grit, and determination. 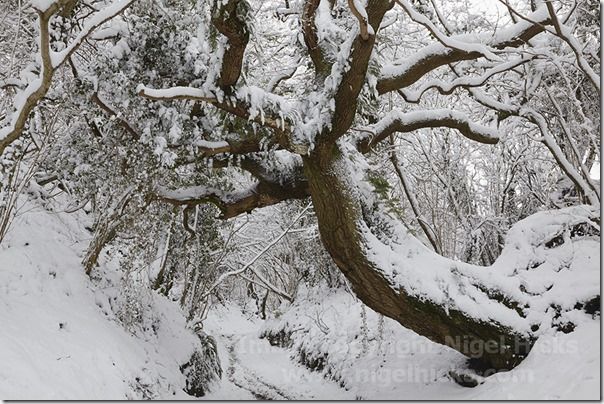 Numerous times, having reached a great spot, I've had to park by simply driving my vehicle into the snow and abandoning it, returning post-photography to dig it out. The January image in the 2014 Dorset calendar was just such an example. Having got the shot of the tree hanging over the snow-covered lane I then had to dig the vehicle out of the snow - and that day I had the use of a big 4x4 - even this unable to grip the mix of snow, ice and mud that lay beneath its wheels.

Running in parallel to the photography is the sorting and selection of possible images. It's not as easy as you might think. The usual convention is for calendar images to be horizontal in format, immediately cutting your choice in half. Some calendars use square images, but then you're limited to those that will crop well into that shape. 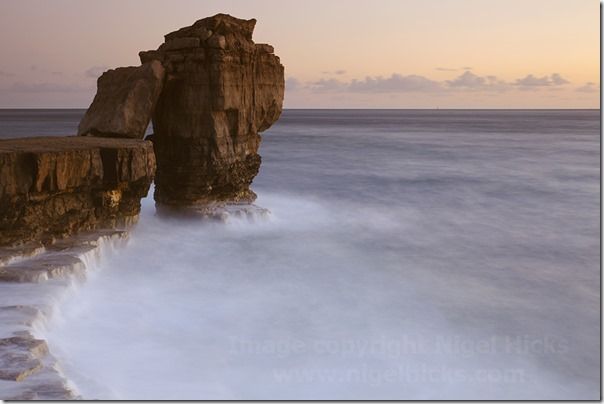 The next considerations are the 'right' balance between famous and unknown views, coastal versus inland scenes, the northern part of the county in question, versus the middle, versus the south, etc. Couple this with the realisation that it is a complete no-no to repeat images of the same place in consecutive years, and suddenly what you had thought was a really large image library looks quite inadequate - hence the need for new images every year! 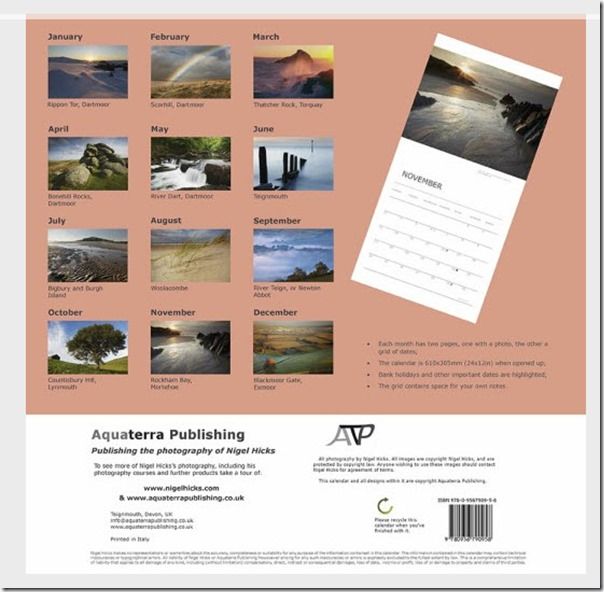 When it comes to calendar design, once you've done it a couple of times this actually becomes reasonably straightforward. The first year you make a calendar of course you have to create a whole new design from scratch, but once you have a design you're happy with this can be your template in subsequent years. All you need to do each year is move the dates back one day, make sure you get any public holidays or moon phases in the right places, update any year numbers, change the front and back cover colour schemes, and insert the new photos and their captions. It is rather repetitive work, and it is distressingly easy to let silly mistakes creep in. So you really need to concentrate, and it is important to have another, completely independent, set of eyes check everything over once you think you've finished.

The added beauty of sticking to the same design each year is that you'll steadily build up a brand that both shopkeepers and the buying public start to recognise and trust year on year, helping (you hope) to build up sales.

www.aquaterrapublishing.co.uk to see Nigel's calendars, greetings cards, prints and some of his books.

Where to buy them:

Online: www.aquaterrapublishing.co.uk (£6.50 each plus postage), plus www.amazon.co.uk.