Your digital camera is a remarkable piece of technology, but it’s not perfect. Images it captures will be marred to a greater or lesser degree by noise. Noise is the blotches of colour or random variations in brightness that is most often seen in shadows or across even areas of tone such as sky. 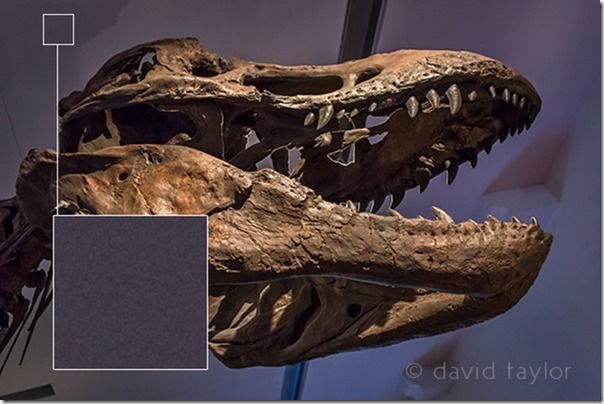 Luminance noise adds a gritty look to areas of even tone. I don’t find it too objectionable, though it is relatively easy to remove in postproduction.


Slightly ironically it’s usually the camera’s fault. Noise is caused by random signal fluctuations in a camera’s electronics corrupting the data used to create an image. The noisier an image, the more that fine detail is reduced and the coarser the image will look.

There are actually two types of digital noise: luminance and chroma. Of the two, luminance noise is arguably preferable. Luminance noise makes an image look gritty, the effect being very reminiscent of film grain (film grain is itself a type of image noise, the higher the ISO of a film the larger the grain and therefore the ‘noisier’ the image). 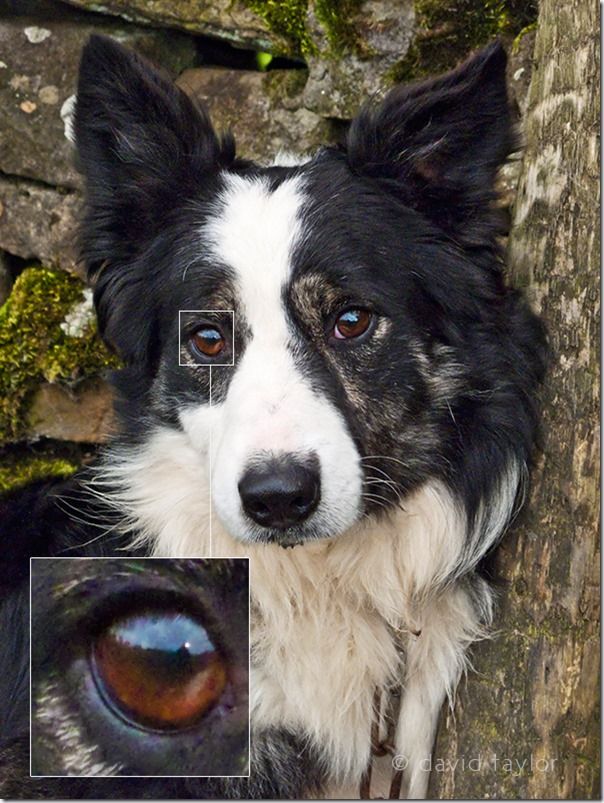 
Chroma noise however causes the blotchiness of colour mentioned above. It’s not particularly pleasant to look at and unfortunately of the two types of noise it’s the hardest to remove successfully.

The likelihood of seeing noise in an image is affected by several factors. Increasing the ISO on your camera will make noise more prominent. If I can I’ll always use a camera’s lowest ISO setting, as this produces images with the least amount of noise.

If I use Auto ISO I prefer to restrict the range the camera chooses, avoiding the highest ISO settings altogether. Photography sometimes involves compromises however. I’d rather have a noisy image caused by the use of a high ISO than one that’s unusable because of camera shake. 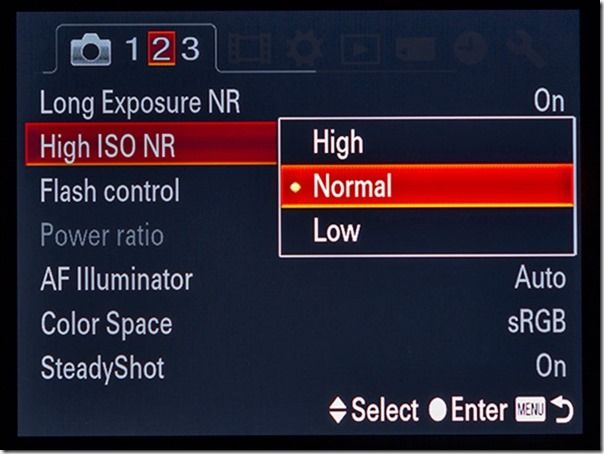 The High ISO Noise Reduction setting on the shooting menu of a Sony SLT-A77.


If you’re shooting Jpeg you’ll be able to specify whether you want High ISO Noise Reduction (the exact wording varies between brands) applied. This generally does a good job of reducing high ISO noise, though it can sometimes be applied too aggressively by the camera, making images look too ‘plasticky’.

Sometimes the cure can be worse than the disease…Raw shooters will have to wait until postproduction to combat noise. However, this does mean that there is more control over the process. You get to choose how much or how little noise is removed.

Another factor that affects noise is the age and size of the sensor in your camera. Sensor technology constantly moves on. Each new generation of sensor improves on what’s come before. Modern cameras can shoot cleaner images at higher ISOs than cameras from even just few years ago. Unfortunately however, size matters.

Smaller sensors will always suffer from noise more than a larger sensor. I’m happy to use ISO 1600 if necessary on my full-frame camera but wouldn’t dream of going above ISO 400 on my compact camera. Experimentation is a good way to discover how good - or bad - images are at the various available ISO settings on a camera. 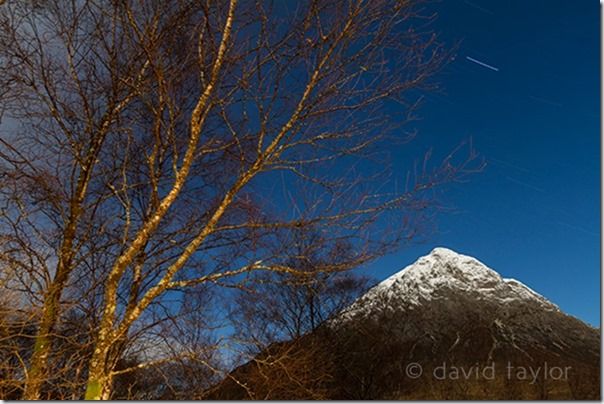 
A third way that noise will make an appearance is when shooting long exposures. Typically this means one second or more. The longer a sensor is active, the hotter it will get. Heat also corrupts image data. The digital sensors in cameras used by astronomers to create images are often cooled using liquid helium to avoid this problem.

However, that’s a bit of a stretch for everyday use. Fortunately most consumer cameras offer a Long Exposure Noise Reduction facility. The drawback is the camera needs to shoot twice, effectively doubling the length of the original exposure.

Image noise is sometimes a good thing. In fact, to add to the atmosphere of this shot I add more noise in postproduction.


Finally, there’s a fourth way to see noise in an image. And this time it’ll be entirely your fault. If you underexpose an image and then lighten it in postproduction you’ll increase the likelihood that noise will become visible. This happens because you’re effectively increasing the ISO.

Underexposing an image by three stops and then lightening it to the correct exposure is the same as trebling the ISO. It’s always better to correctly expose an image or even use a technique such as ‘Exposing to the Right’ described in an earlier blog.

if you would like to know more about digital photography why not consider taking one of our 4 week online photography courses? You will get your own personal tutor, be taught by one of the worlds leading experts and get feedback on your weekly photo assignments,