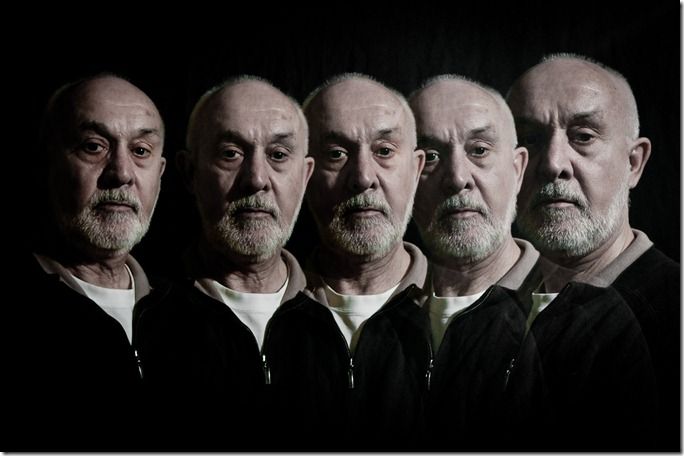 This work by Ammgramm is licensed under a
Creative Commons Attribution-ShareAlike 3.0 Unported License.
Based on a work at www.flickr.com/photos/ammgramm.

You may want to take two exposures of the same subject, one in focus and one out of focus, to create a dreamy effect. Or perhaps take several different exposures, moving the camera just slightly between each shot. You can also photograph two completely different subjects and combine them together, for a really creative effect. 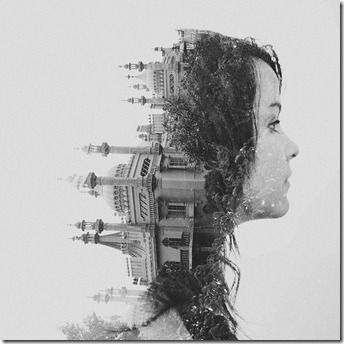 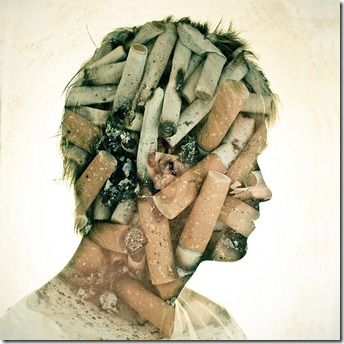 
In some situations you might put your camera on a tripod and take a series of shots of a moving subject – flowing water perhaps, or the moon rising. These separate exposures could then be combined into a single image.

In film days, this was a tricky technique, as you had to disengage the film advance in order to take two or more shots on the same piece of film. Digitally, this can be done much more easily by combining the images in Photoshop (or similar software). Some digital cameras also offer the option to create multiple exposures in-camera.

If your camera does have this option, you will need to dial in the number of exposures you want to use for an image, and the camera will adjust the exposure accordingly. For instance, if you want to take two exposures, the camera will underexpose each shot by one stop in order to correctly expose the final, combined image.

However, if you're taking several non-overlapping images against a black background, the exposure for each shot will need to be the normal, correct exposure. 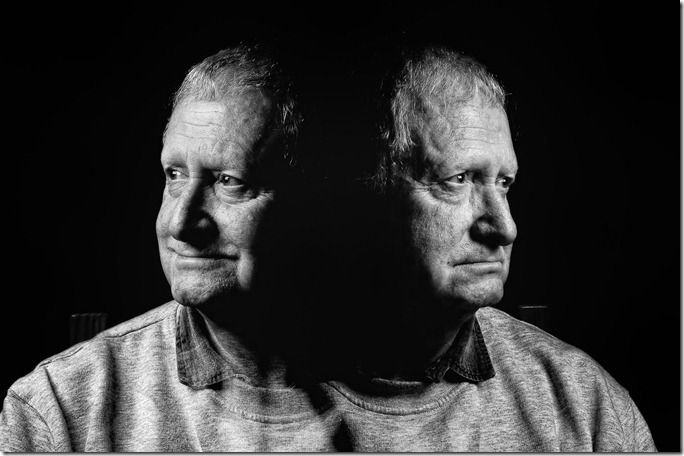 There was no Photoshop involved in this image by Andrew Stawarz.  The output was a single file from camera. There are two approaches in executing this type of picture, either a darkened studio, using a long exposure and two individual flashes with the head turned for each or a more controlled approach by making use of a camera's multiple exposure capability.

For this picture the later was used. The steps used were as follows:
Camera at on manual, 1/250 f/11, ISO200, multiple exposure mode, 2 images, no exposure compensation.
Built-in flash in Nikon CLS commander mode to control 2 SB900 flashes with a manual setting of 1/16 power, one flash in group A (left) the other in group B (right).
Flashes positioned above eye level on stands either side of a chair and about 18inches from the subject.
A white reflector positioned below the face to provide some fill-in to reduce some of the hard shadow in the eye sockets and under the nose.
Each flash firing into a 16inch soft box each flagged to narrow the spread.
Group A on, group B off, subject facing left, camera positioned so that an autofocus focus point two to the left of centre is over the nearest eye. Take first image.
Subject then faces right, Group A off, Group B on, camera positioned so that an autofocus point two to the right of centre is over the nearest eye. Take second image of which the camera will then automatically merge with first.
Single image into Nikon Capture NX, mono conversion, contrast adjustment and then final resize/sharpening/colour profile for web output...
The moving of the camera is important to provide a natural blend between the images. If the lights are correct flagged the back of head should be in total shadow. 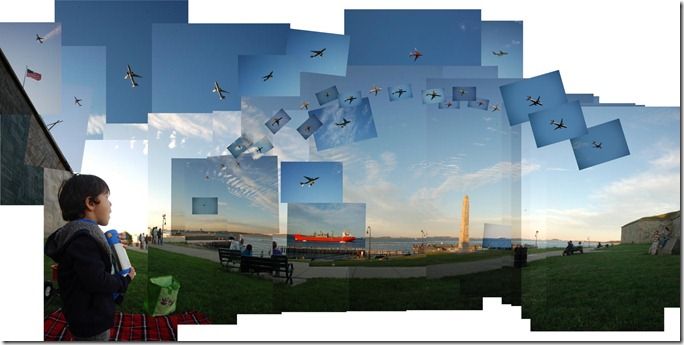 Isaac watching the planes taking off at Castle Island


If you combine the images on the computer, you have a lot more flexibility. This means that you have absolute control over the relative dominance of each photo in the final image – you could choose to use them in equal amounts, or to have one photo predominant with just a hint of another creeping in.

To do this you’ll need to put each of the photographs on a separate layer, and then choose the blend mode and the opacity of each layer.

You don’t even have to shoot the images specially – you can look back through your files and find photos that will blend well together. Then you can reduce the opacity as necessary when you blend them together in Photoshop. Maybe a good project for a rainy winter day!