How to create a cameo photograph.


When you head off to a new location with your camera, it’s always fun to look for a cameo picture that sums the place up, as well as taking the more general, overall views. 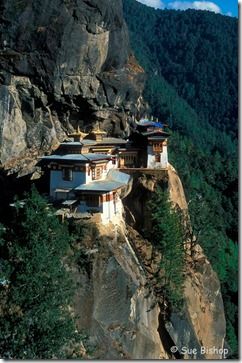 This applies especially if it’s a well-known, much photographed place – for instance, cities such as Venice, London, or New York, or iconic buildings like the Eiffel Tower, or even rural scenes such as the lavender fields in Provence.

When you come back from a place or a country that you’ve visited, you obviously want to have photos that show it in a general way, even if you know that the pictures are more of a record view than something creative.

But on top of these, it’s even more satisfying to try to find your own, personal angle on a place.

Sometimes this more personal photo can result from using an unusual viewpoint, a high or low angle, or in the case of a building, using a telephoto lens to pick out just a part of the whole.

Or it may be a case of photographing a small detail which somehow sums up the essence of the location.

I was lucky enough some years ago to visit Bhutan, an amazing country where the landscape is very unspoilt, and all the buildings are in a traditional style.

While I was there I photographed the palaces and monasteries, such as this fabulous monastery perching on a sheer cliff face.

It would have been strange and sad to come back from Bhutan without any photos of these places – but I knew at the time that I wasn’t doing anything different from hundreds of other photographers.

So all through my trip I kept my eyes open for a smaller picture, a detail or cameo that said “Bhutan” to me, but wasn’t the obvious view.  As in other Buddhist countries, prayer flags were everywhere, continually fluttering and moving in the breeze. 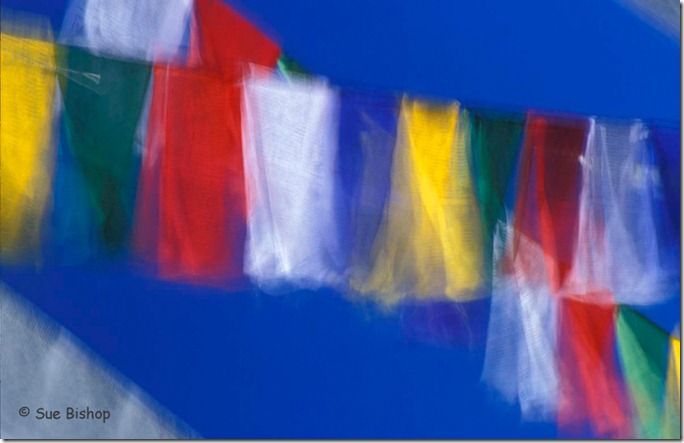 So I decided to photograph some prayer flags, and chose a few which were rather more brightly coloured than some of the others.  I isolated them against the blue sky, and used a polarising filter to saturate the colours.

I didn’t want to freeze the movement, because the prayer flags I saw were never static, so I put my camera on a tripod, and set a shutter speed long enough to give me a little movement blur.

I couldn’t have ignored the general views in Bhutan, especially as it’s a place I’m only likely to visit once in my lifetime – but the other, cameo, more personal photos like the prayer flags added the extra dimension which I was hoping for.