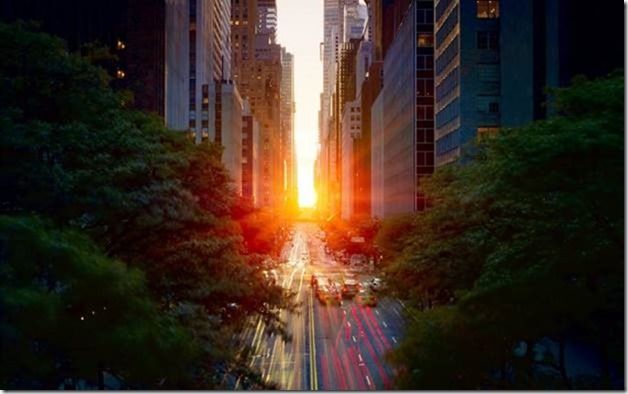 Twice every year, New York City’s grid map acts as an astronomical phenomenon, similar to Stonehenge in Salisbury England. In late May and again in mid-July, city-dwellers and tourists can watch the sun set down the centerline of Manhattan’s east and west avenues, creating a spectacular view. For approximately half an hour, skyscrapers and brownstones beam with light.

This year, Manhattan-henge has occurred on May 31st and will occur again July 13th. The best locations to capture Manhattan-henge are the island’s easternmost blocks. Specifically, photographers should seek clear-cross streets where New Jersey is visible, such as 14th, 23rd and 42nd street. Grab your camera and capture this urban phenomenon! 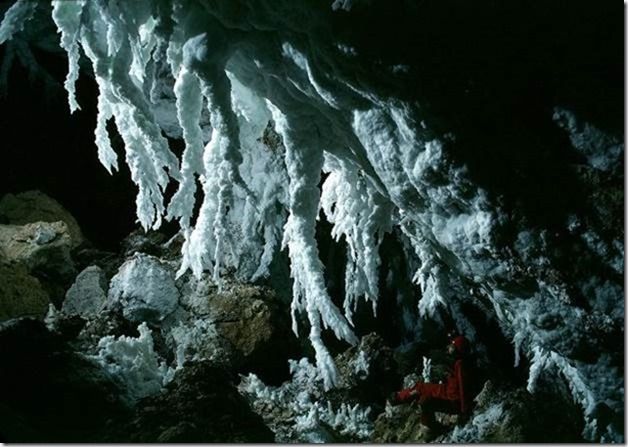 1200 feet beneath the desert is the 5th longest cave in the world and the deepest limestone cave in the country. Lechuguilla Cave, located in Carlsbad Caverns National Park, New Mexico is an ancient coral reef, known as El Capitan reef. The cave is lined with bright white and neon-yellow gypsum and sulphur deposits that hang from the cave’s ceiling like chandeliers. Deposits in the ancient reef are the result of a chemical reaction between ancient groundwater and hydrogen sulphide.

Photographers should take proper precautions when venturing to the Cave. Be prepared to endure some minor scrapes and bruises to capture this shot! However, you will find the breath-taking result is well worth the adventure. 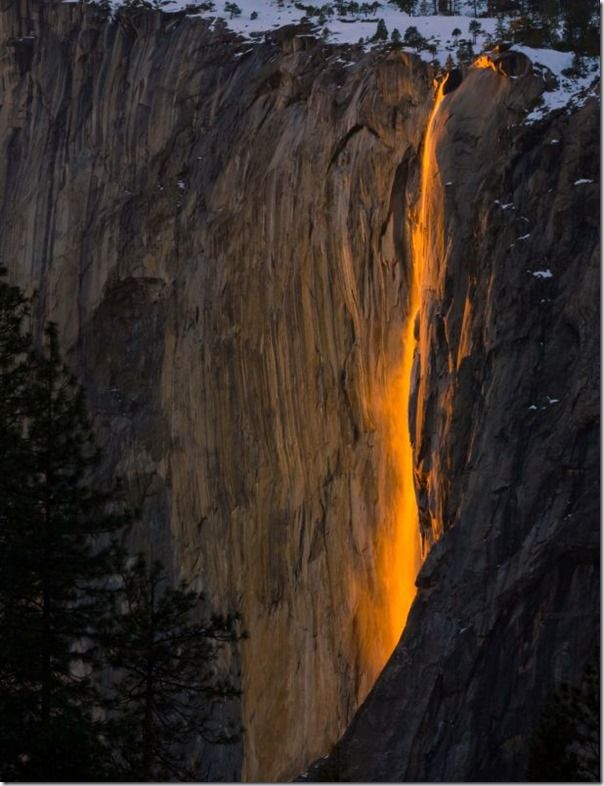 During mid-late February of every year, photographers can snap the rare beauty of Horsetail Falls in Yosemite National Park. Dubbed “Firefall,” Horsetail Falls is an enormous, narrow waterfall that appears as if on fire. This natural phenomenon occurs as a result of the setting sun’s reflection onto the cascading water. Depending on weather conditions, the falls will glow bright orange and illuminate the surrounding landscape during sunset. The most common area to witness this event is located at the El Capitan picnic area, approximately 1.7miles from Yosemite lodge. However, visitors can always venture elsewhere to photograph “Firefall” from different angles. Visitors should also keep in mind that a clear sky is necessary to create the fire-like glow found in Horsetail Falls. 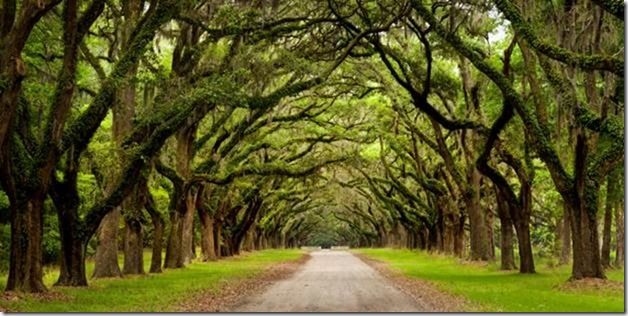 The Worm sloe Historic Site, also known as Worm sloe Plantation, is a beautiful locale just ten minutes outside downtown Savannah, Georgia. However, the road to the historic site is the main attraction. Skid away Road is a one mile drive lined with enormous oak and cypress trees. During summer months, the trees are draped with bright green moss and vines, creating a canopy over the visitor. The peak time enjoy this airy, fairy-tale-like destination runs June through August, when the sunrays beam through the branches. Photographers will enjoy snapping this romantic atmosphere. 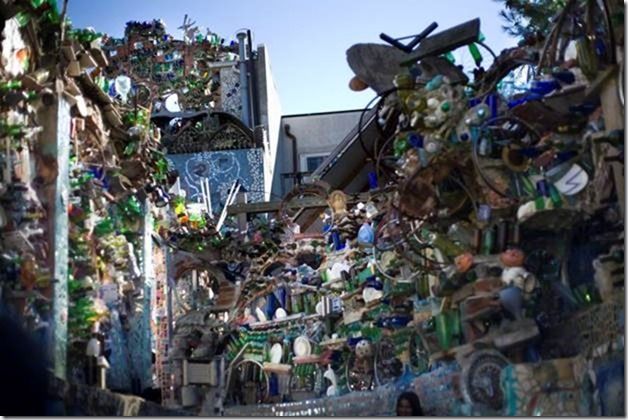 Located on South Street is Philadelphia’s outdoor art exhibit, the Magic Gardens. Beginning in 1994, Isaac Zagar spent fourteen years perfecting the art space. Zagar is a mosaic artist and has created over 100 mosaics on public walls throughout Philadelphia. The Magic Gardens is his largest project. Half a block of South Street is Zagar’s colourful mosaic labyrinth complete with tunnels and walkways. In the enormous mosaic are tile, bicycle wheels, ceramic plates and bowls and cobalt blue glass bottles. The exhibit is open year round and visitors can lead a self-guided tour for as long as they please.

John Gower is an analyst for NerdWallet, a personal finance website dedicated to helping you save money with tips on everything from photography to coupons for free stuff.