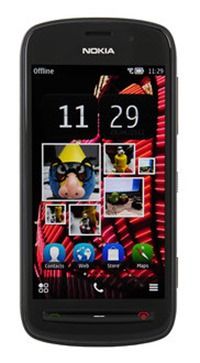 2012 was a great year for digital photography technology. But not because of any great strides in the the traditional camera market. Rather, it was the year the camera phone came of age.   The Nokia 808 PureView was the device that flipped the idea of digital photography up onto its head – its 41-megapixel sensor and other jaw dropping specs, crushed the image quality gap between smartphones and the point and click market.

However, like other phone the PureView’s still experienced exposure troubles in high contrast images, and its very slight color casting and color shading flaws in outdoor settings, illustrate that the smartphone is not perfect – cellphone and tablet cameras still have a lot to accomplish to meet the quality of the best DSLR’s

Still, the PureView’s camera innovation is a watershed moment within the broader camera and photography world. It reveals what is possible with camera-smart phone technology. It’s also a shot across the bows to traditional camera manufacturers to take notice of the mounting competitive challenge from mobile devices, especially as mobile manufacturers increase their emphasis on camera image quality and innovation. 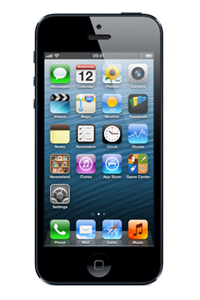 The iPhone 5 is a little taller than the iPhone4 and 4s to accommodate a larger screen but is also thinner and a little lighter.

Apple has used a new camera module in this latest version and the operating system has also been updated, integrating some new features into the camera, like panoramas. Unfortunately the issue with lens flare that showed up in the iPhone 4 and 4s is still present and seems even worse in the iPhone 5.

The score of 74 is the same as the iPhone 4s score.  This is an impressive achievement given the thinner body, but the way it was scored, shows some interesting differences.  As a stills camera there is little to choose, but in the stabilization of video there has been a significant improvement from 28 points to 54 points, though it would have been good to see this improvement carried through to low light conditions too.  This improvement in stabilization saved the iPhone 5 from having a Mobile score lower than its predecessor.

The iPhone 5 is probably the most aspirational smartphone on the market, a beautiful object in itself.  The test scores also show it to be a very capable piece of photographic equipment whether used as a stills camera or to shoot video. 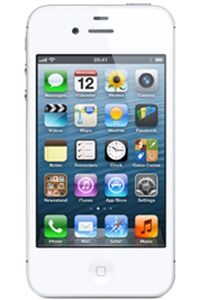 Apple has led today’s gilded age of smartphone technology with its innovative and inspiring iPhone series launched back in 2007. Even five years later, Apple’s iPhone line still provokes imagery of bold creativity among a wide and diverse consumer base that includes some of the world’s top photographers.

But Leibovitz noted that with the iPhone 4S “you have to stay pretty still” and that the images “are pretty fuzzy.”

Leibovitz’s noted the 8-megapixel embedded sensor aids the 4S in producing pictures with far better image quality than its predecessor, the iPhone 4. The 4S is particularly strong at producing rich colors and well-balanced exposures in most lighting scenarios, including for some low light conditions – this extended to the device’s video. This was further evidenced by the mobile device’s dynamic range performance, where it performed better than most cellphone cameras at capturing details in dark shadows and highlights.

The Apple iPhone 4S, while achieving one of the best scores on DxOMark Mobile, wasn’t perfect in every image quality category. Its still image white balance was occasionally guilty of producing a reddish color cast. In video mode its autofocus only worked in trigger mode and was vulnerable to some unflattering lens breathing. 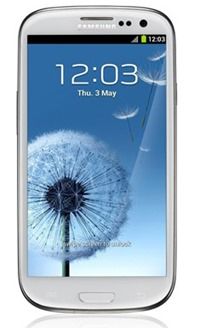 Samsung’s Galaxy S III is a game changer. In many respects it is for camera users. The Galaxy S III, with its innovative photo-sharing technology and digital still camera-like features, is tailor-made for casual point-and-shoot photographers. While its image quality isn’t perfect, its improved camera performance over the Galaxy S II illustrates how mobile companies continue to sharpen their focus on enhancing image quality.

The S III’s 8-megapixel camera places it among the top tier of smartphone cameras. To date, its quick autofocus is the best for speed and accuracy. The device also reproduces rich colors, especially in outdoor conditions, for both still images and video. Its flash is also praise-worthy, helping users snap well and evenly exposed photographs in dim lighting.

But the S III is not perfect, it is tripped up in low light where it loses details, its auto-exposure wobbles, and its colors can looked washed out. The mobile’s video also suffers from strong noise in low lighting. It is also susceptible to the jello effect and jumpy stabilization. 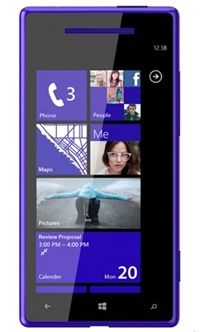 Looking at the individual tests in more detail, the HTC performs reasonably well in most areas, though its noise performance for still images is below par, with images showing strong chroma noise and a loss of image detail in low-light conditions.

There is also a tendency for images to produce a purple haze when using a direct light source (i.e., when a strong light comes into the camera from a wide angle, although these conditions are usually hard to reproduce).

The one area for still images at which it does excel is color rendition, showing very good colors under most lighting conditions. The autofocus could also be better, working well in bright light, but more hit-and-miss in low-light situations. 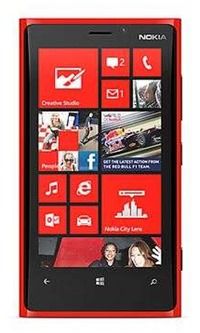 While certainly innovative, the Pureview technology moniker is marketing jargon and is not aimed at describing a particular sensor or lens, but rather to identify their Smartphones’ suitability for blur-free, low-noise image capture. Running Windows Phone 8 OS and housed in a minimalist body with a 4.5-inch display the latest model from Nokia to adopt the Pureview moniker is the Lumia 920. Limiting our observations to the camera component, this is a top-of –the-range smart-cameraphone featuring optical image stabilization and a lens made by Carl Zeiss.

Despite the inclusion of Pureview technology and high-end status in the range, though, the camera sensor is a rather modest 8.7-megapixel CMOS. With an overall DxOMark Mobile score of 66 the Lumia 920 performs rather less impressively than the older Apple iPhone 4S or more recent models such as the Samsung Galaxy SIII or Galaxy Note II or even the iPhone 5, which all share a DxOMark Mobile score of 72. A closer look at the individual scores for Photo and Video reveal the camera’s strengths and weaknesses.

With a DxOMark Mobile –Photo score of 64 compared with a good overall Video score of 70 (and just one point behind our best tested model, the Samsung Galaxy Note II) the Lumia 920 doesn’t really pull its weight. While exposure and contrast are generally good even in difficult lighting, and with very low noise levels that are mainly a result of the longer exposure times attributable to stabilization, the main bugbear is disappointing autofocus accuracy. Poor sharpness and texture as well some white balance inaccuracies (under mainly artificial light) also contribute to the low overall weighting. 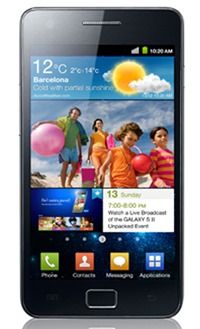 The Samsung Galaxy S II is a slim little thing. The smartphone measures less than 9mm thick, making it a miracle the South Korean company was able to squeeze anything else into the 2011 launched mobile.

But the electronics giant managed to pack in an 8-megapixel camera into the S II. The sensor helped the Samsung cellphone deliver decent outdoor pictures. It also aided the device in capturing a fair amount of details when filming video in bright lighting.

Unfortunately, the smartphone was hammered in low light environments – users will want to engage the S II’s flash in dim settings. In low light, the smartphone also faulted at losing texture due to an over correction for noise.

The product was also plagued by strong color shading and its autofocus performed weakly, however its trigger mode proved smoother and more reliable. 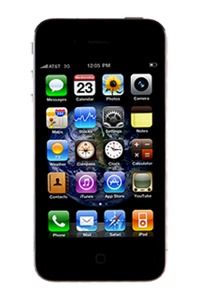 Apple’s iPhone 4 dazzled consumers and critics back in 2010 with its redesign and the introduction of its crystal-clear retina display. The screen sings with color, perfect for viewing pictures.

The mobile’s camera produced strong color shading in fluorescent lighting and sometimes even in outdoor conditions. Under dim tungsten lighting, the iPhone 4’s white balance produced a reddish color spread across the image. These color shading problems were also transferred to the device’s video.

But all was not lost for the iPhone 4. It paid good attention to details under good even lighting. It also had an accurate video autofocus in most light scenarios – many smartphones can’t say the same.