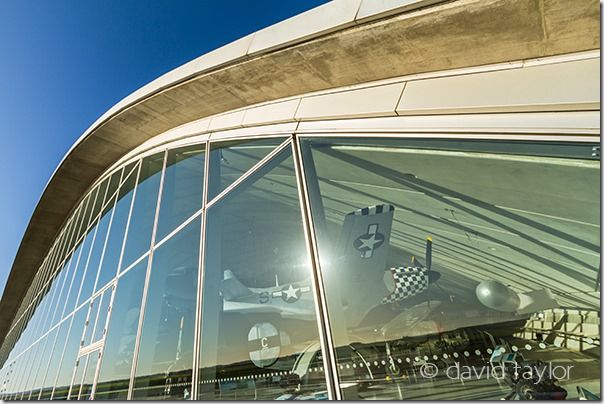 Extreme wide-angle lenses aren't subtle, but they can add drama to an architectural subject if you get in close and want to make a statement.

The closer you are to a building, the more likely it is that you'll need to use a wide-angle lens to fit everything in. There's nothing wrong with this approach except for one thing: distortion. The smaller the focal length of a lens the more likely it is to suffer from distortion. This manifests itself as supposedly straight lines either curving outwards (known as barrel distortion) or curving inwards (pincushion distortion). This can be very apparent when shooting architecture as generally buildings are mainly straight lines. If you can, get as far back from a building and use a longer focal length lens to reduce the likelihood of distortion and to create a more natural perspective. 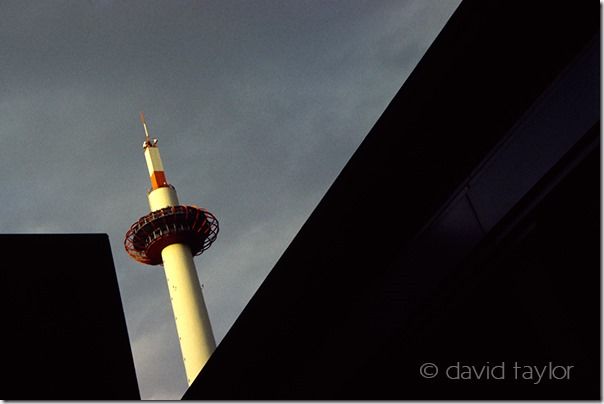 You don't need to be literal when shooting architectural subjects. An abstract approach can be very effective too.

Watch out for converging verticals

It's very tempting to tip your camera back in order to fit it into the image space. In doing this however you cause an odd effect known as converging verticals. This describes the effect seen when, what should be parallel lines, appear to be converging to a point in space. Here's the odd thing though. Converging verticals, if they look intentional, can be very effective in conveying the sheer size of a building. However, it just looks wrong and half-hearted if it's subtle but noticeable. If you want to use the effect of converging verticals on purpose be bold about it. There's a fine line between personal style and what looks like an error... 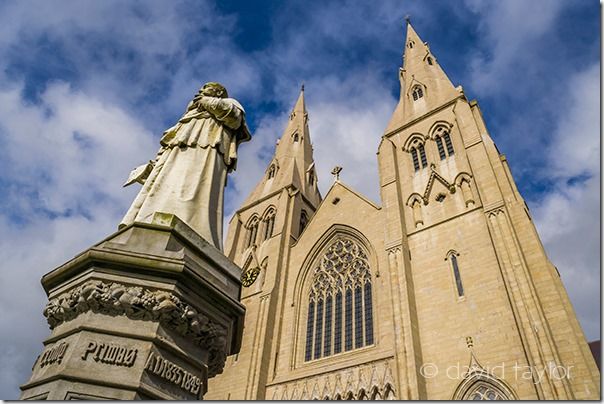 Converging verticals can be very effective visually – as long as you're bold with the effect.

Use a spirit level

To avoid converging verticals you'll need to keep your camera parallel to the building you're shooting. This means using either the spirit level on your tripod head (if you're using one – which you should if you want to be serious about architectural photography) or, better still, a hotshoe-mounted spirit level. Some cameras have an artificial horizon option which is also useful. It's worth checking that this is accurate before you use it in earnest. 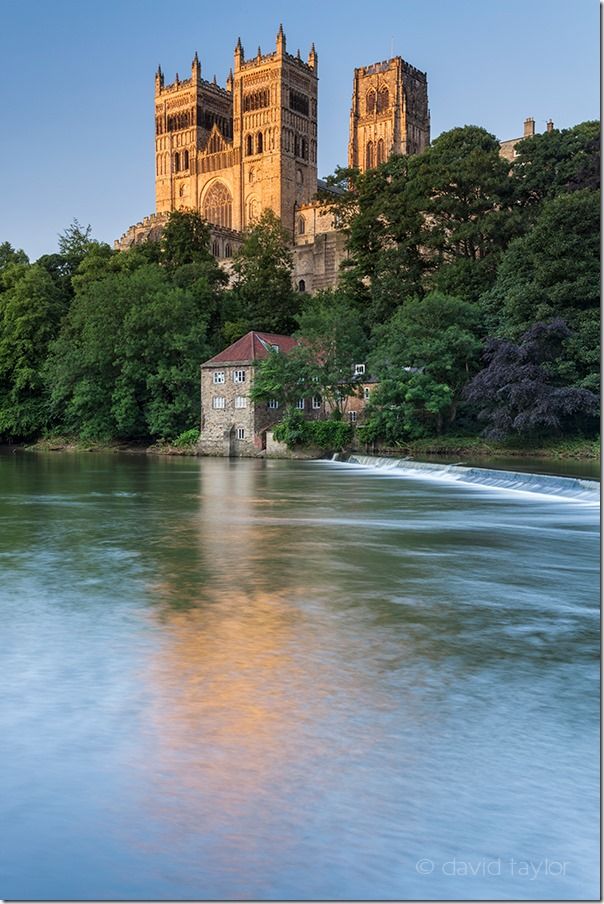 I used a hotshoe-mounted spirit level for this image to ensure that all the vertical lines in the cathedral remained vertical.

Building exteriors are often at their most attractive when lit by artificial light. Slightly ironically therefore the best time to shoot architecture at night isn't actually at er....night. The most aesthetically pleasing time is generally at dusk, approximately half an hour after sunset (or half an hour before sunrise – though you often find floodlighting is switched off long before morning). At this time there is still colour and sufficient light in the sky that the rooflines of buildings aren’t lost against the sky. If you've a series of buildings to shoot in an evening, start with those in the east (where the sky will get darkest soonest) and finish shooting looking west (where the sky will get darkest last). Shutter speeds will be relatively long (typically a second or more, particularly if you're using a low ISO and a small aperture) therefore using a tripod is a must. 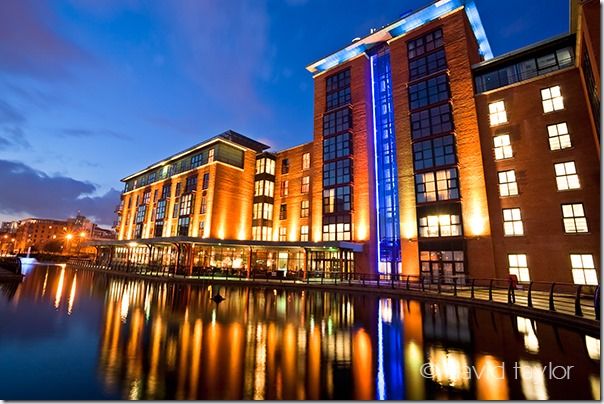 This image was shot at dusk – note the colour of the sky and how well the building stands out against it.