Using a Torch to Bring Light Into Your Pictures


You need light to make a photograph. Remarkably you don't need much. With a sufficiently long shutter speed or high ISO you can make images even when it's almost too dark to see. However, sometimes it helps to add a little illumination of your own. More often than not this would be a flashgun. What can be more fun is using a torch (with a fresh set of batteries) and a technique known as 'painting with light'. 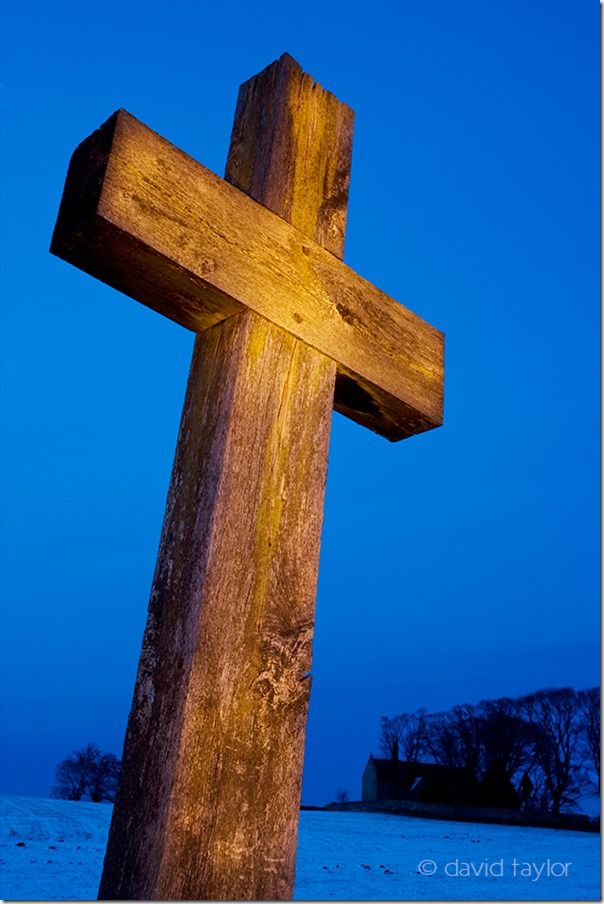 
To paint with light you'll need a few things. You'll need a torch*, the bigger and more powerful the better. You'll also need a tripod. This technique works best at dusk, when you can set a sufficiently long shutter speed (of which more in a moment). Unfortunately, painting with light can't be achieved by handholding your camera. There's a high risk of camera shake plus you'll need your hands to hold the torch. Finally, you'll need a remote release as you'll be using your camera's Bulb mode (so, err...you'll also need a camera with a Bulb mode). 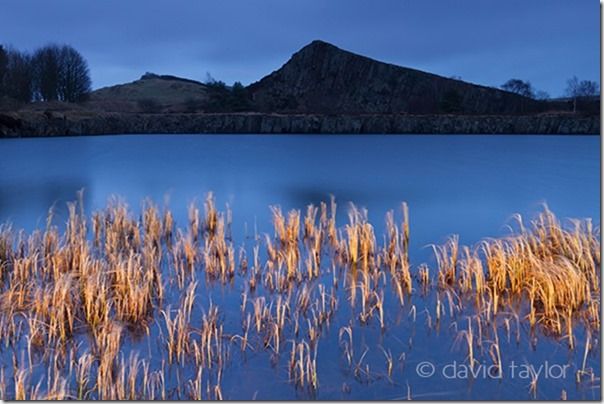 The key to painting with light is working methodically. In this image the reeds were lit equally by using a slow, sweeping movement of the torch from left to right.


There are two basic types of torches. Those that use conventional incandescent bulbs and those that use LEDs. In terms of the actual painting with light technique there's no great difference between the two types. However, LEDs tend to produce a cooler, bluer light than an incandescent bulb. Personally, I prefer the warmer light of an incandescent. Which you choose is a personal choice. Whichever you decide to use try setting your camera's white balance to Daylight initially, increasing the colour temperature later if you want to warm the image up further or lowering it to cool it down. 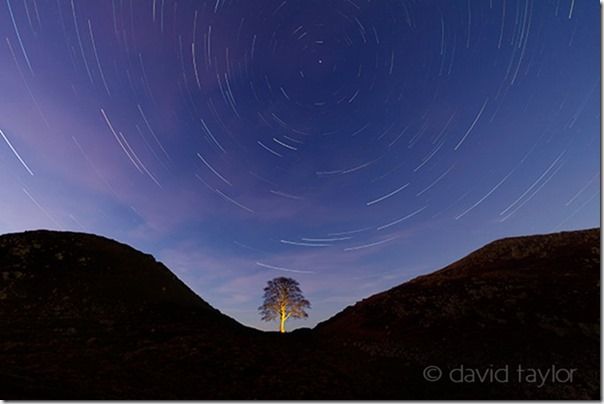 There's no reason not to leave your camera exposing while go and light a distant object. What you shouldn't do it turn on your torch to light your way there and back!


Now for the practical bit....Set your camera up on a tripod, compose your shot and focus (once you done this, switch to manual focus so that focus doesn't alter). Although dusk is a good time to try painting with light, it's generally better to set up when there's plenty of light and then wait. Attach the remote release and set the camera to Bulb mode. 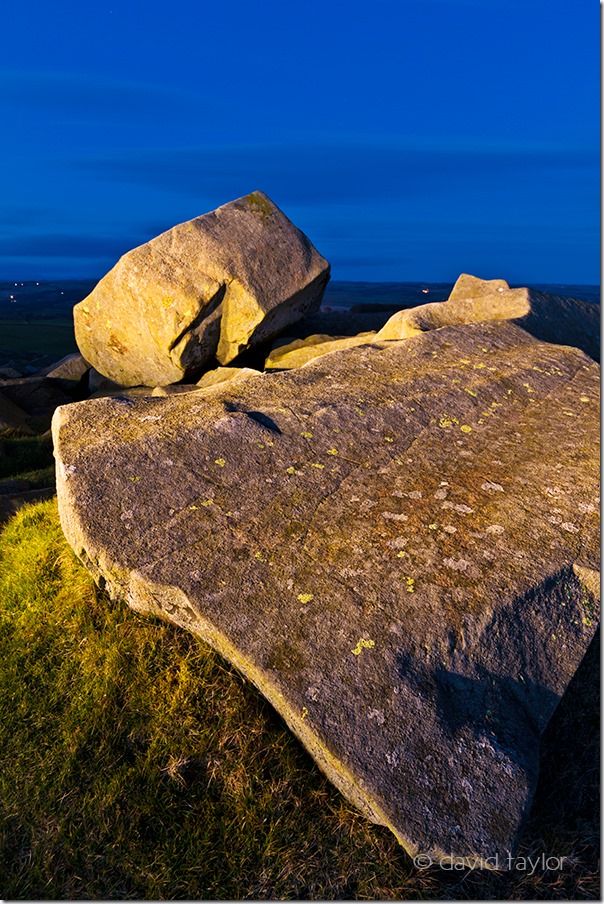 Lighting your subject from the side will help to define its shape and texture.


Once the ambient light is right (when there's still colour in the sky), lock the shutter open to begin exposing. Switch on your torch and move the light beam slowly and methodically around your chosen subject. The length of the exposure will depend on the ambient light levels and the strength of your torch. Try a 30-second exposure initially and check the resulting image histogram. If the image is underexposed double the exposure to a minute and try again (or stick to 30-seconds and double the ISO). If that's not enough double the exposure again and repeat. Painting with light is one of those techniques that requires experimentation, but that's half fun of it (the other half is telling passers-by what it is you're actually doing). 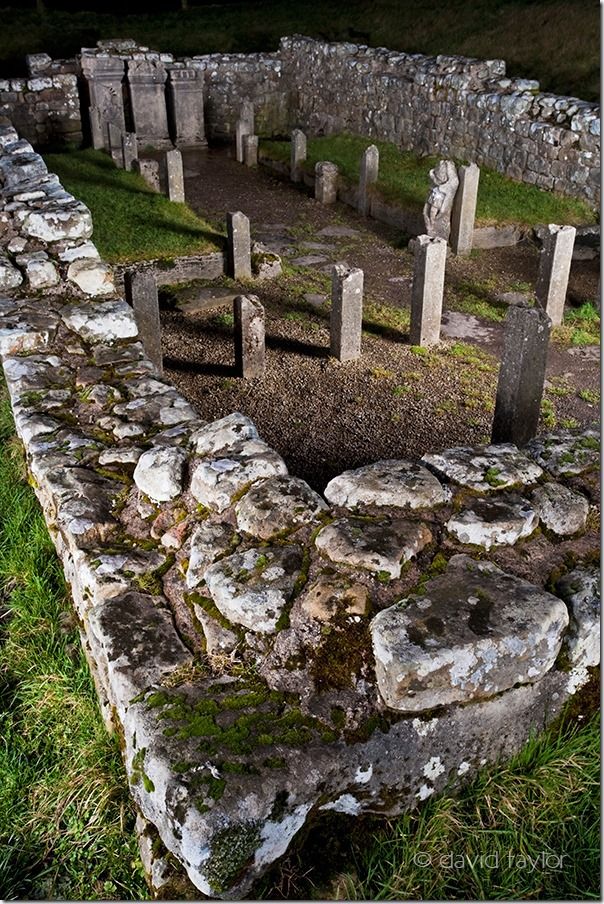 You can use your flashgun to paint with light. This shot required sixty separate flashes over an exposure of nearly seven minutes. Note how much cooler the flash light is compared to the torch.


You don't have to light your subject from the camera position. Moving around and to the side of your subject will arguably create a more interesting effect. However, don't point the torch back towards the camera as you may cause flare accidentally.

* You can use your (external) flashgun to paint with light too if it has a test button. The flashgun should have a fresh set of batteries as you'll need to fire it fifty or sixty times during the exposure, gradually illuminating your subject as you do so.

Your weekend assignment this week is to try painting with light. Try something small if you haven't got a large torch. Lighting up important details of a subject is often more effective than lighting up the entire thing.

If you are interested in night photography, why not try taking Tony Worobiec’s 4 week online Digital Low Light Photography Course