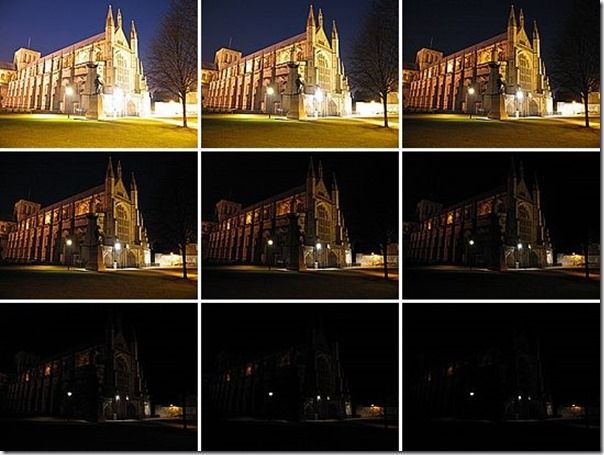 So what is exposure bracketing and why would we need it?  The exposure meters in digital cameras are now so sophisticated that in most situations the exposure suggested by the camera will be pretty well spot on.

However, there are some situations when the meter can be fooled into an incorrect exposure – for instance, when the scene contains a lot of very light or very dark tones, or when a subject is strongly backlit. In these situations, we can increase our chances of getting a correctly exposed photograph by bracketing our exposures.

In fact, some photographers will routinely bracket their exposures, even in fairly normal lighting situations, just to be sure of getting the absolutely optimal exposure in one of the frames. 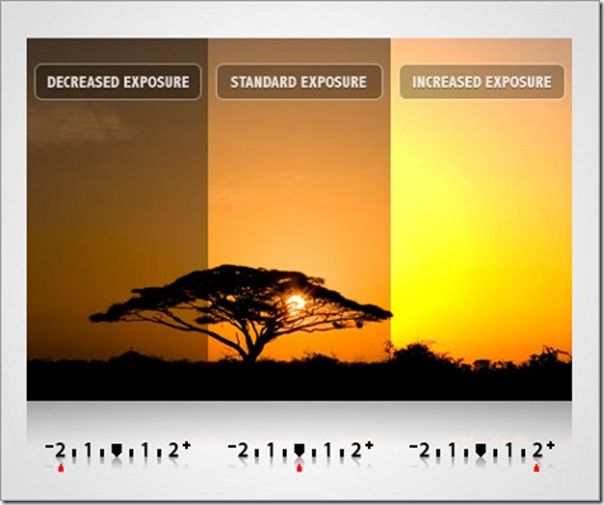 So what exactly is bracketing? Bracketing can be done in different increments and with various numbers of exposures of each shot, but to take the simplest example, it means taking one exposure at the reading suggested by the camera, then another one slightly under that reading, followed by a third shot slightly over that reading. Typically the increment will be either 1/3 or ½ of a stop, but it can be done in full stop increments as well. Most situations will be covered by this three exposure sequence, but occasionally a photographer will take a five shot series, with two shots under and two shots over what the camera suggests.

Bracketing can be done manually, or automatically. The simplest way of bracketing manually is to use the exposure compensation dial. Take the first shot at the camera’s suggested reading, then use the dial to select 1/3 or ½ stop over or under for your next shot. Of course if you are in a situation where you know that the camera is likely to underexpose (such as a scene with lots of snow), you would only bracket over the camera’s reading, and not bother to bracket under it. 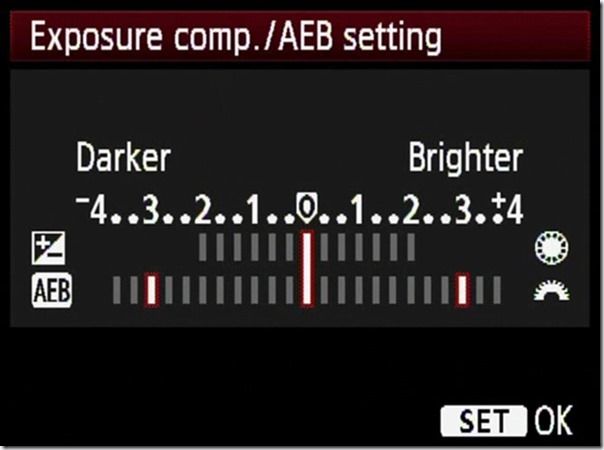 Most cameras also have an option for automatic exposure bracketing. You select how many frames you want to shoot, and how much the exposure should be varied between each shot (e.g. 1/3 or ½ a stop), and then take your shots one after the other. The camera will automatically vary the exposures between each one.

It’s worth being aware that the camera will need to adjust either the shutter speed or the aperture from the original reading in order to bracket. If you’re using aperture priority mode, then the shutter speed will be varied; if you’re using shutter priority mode, then the aperture will be varied. If you’re only varying your reading by 1/3 stop either way, this may not matter much; but if you’re bracketing by a stop or so, and if you don’t want the depth of field in your photograph to change, then you should be in aperture priority mode when you bracket.

As well as meaning that you can get the optimum exposure for your photograph, having a series of photographs slightly differently exposed also gives you the option to combine them in photo-editing software, in order to obtain a final image with a range of tones that would be impossible to capture in a single frame.