For most of us keen gardeners that work in the garden industry our ideal would be to have an indulgent plantsman’s garden and fantastic nursery alongside. One where we could offer an amazing range of plants – where visitors would find what they have been searching for, but never really expect to find. Around this time last year I visited a garden and nursery that was the nearest I’ve found to that dream. 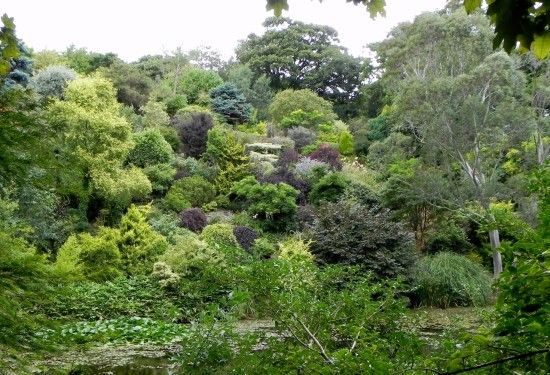 Dingle Nurseries and garden is a long-established family business in the rolling hills of Mid-Wales, not too far from Powis Castle. The nursery was started in the late 1960s by Andy and Kath Joseph who began by growing Christmas trees on a few acres of Andy’s parents’ land. At the same time Andy’s mother began to develop the garden which adjoins the nursery. The site is a steep, wooded dingle (dell) with a large lake that presented the opportunity to make the most of sheltered terraces, enabling the cultivation of an even wider range of shrubs, trees and perennials. 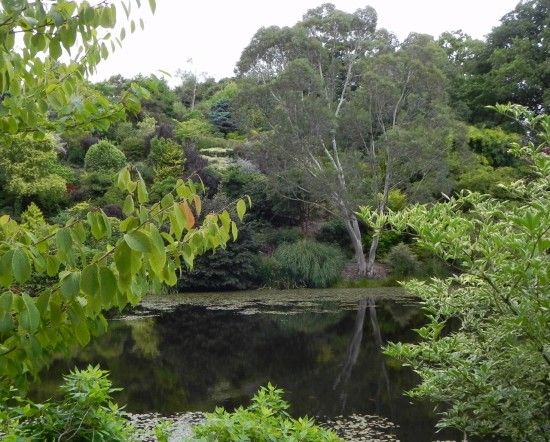 Although the garden is only 4.5 acres in area it seems much bigger because of the lie of the land, the winding paths and the richness and diversity of the planting.  The planting of the “dingle” is a good illustration of the importance of trees; their height, bark, framework and canopy have a profound effect on the light, atmosphere and growing environment. 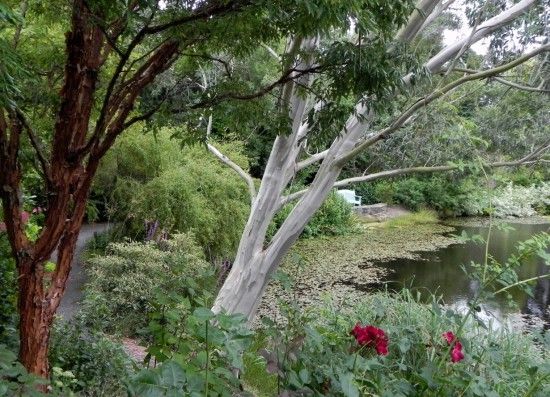 I particularly remember the silver bark of some superb eucalyptus, including one elegantly leaning specimen. The peeling cinnamon bark of the paper bark maple, Acer griseum was also at its best. Superb birches add airy height and cream, white and tan stems in various spots around the lake. The pines add smoky, dark mystery to the picture. 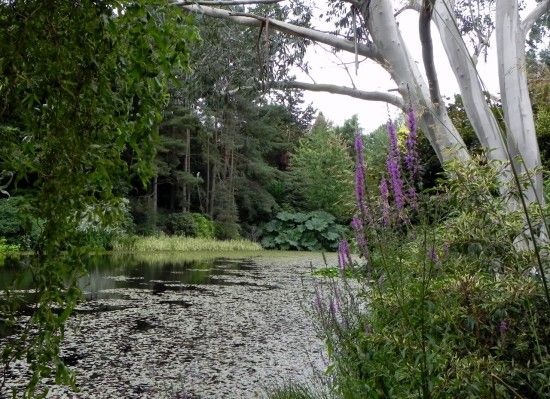 Before you descend through the winding paths to the lake there are the colour-themed borders and lawns to explore.  Here again no space is wasted and no plant left out of the planting, or that’s how it seems.  A specimen of Cornus controversa ‘Variegata’ features in a large terracotta pot sunk into the ground as a focal point in the lawn: a rather strange idea, but curiously effective. 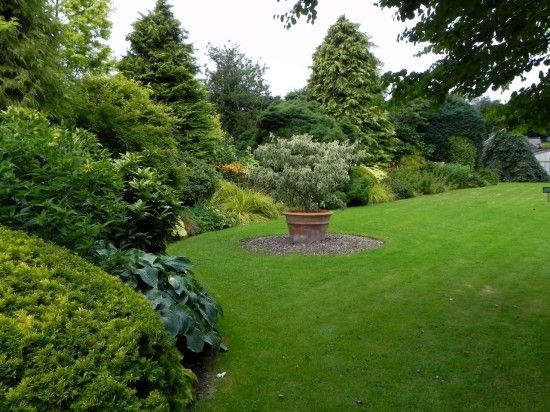 The plant sales area carries an incredibly wide range of trees, shrubs and perennials that reflect the garden in that they fill every available space. Labelling is excellent and the depth of range mind-blowing. I think it is all the more surprising to visitors like myself who hail from more crowded areas of the country. Here in such a rural environment, that seems a long way from major centres of population I wondered where the customers came from. However there were plenty of serious plant buyers around: certainly Dingle’s reputation is the draw. It’s a far cry from the traditional garden centre with its restaurant, gift shop, leisure and lifestyle departments. At Dingle you get a free coffee. A small selection of seeds and garden essentials but the focus is very much on plants. 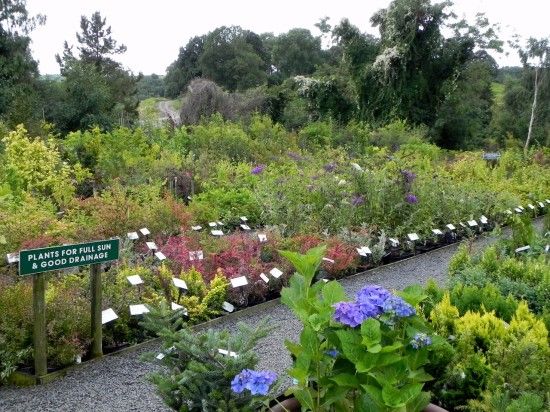 Sitting in the “shop”,enjoying my free coffee I was entertained by an array of wild birds feeding on the copious bird feeders outside the window.  The garden draws a great variety of wild birds and other wildlife from the surrounding countryside. Down in the garden we spent some time watching a heron standing on the branch of a pine tree above the lake.  I know these birds are pests, however there is something wonderfully prehistoric and rather surreal about them 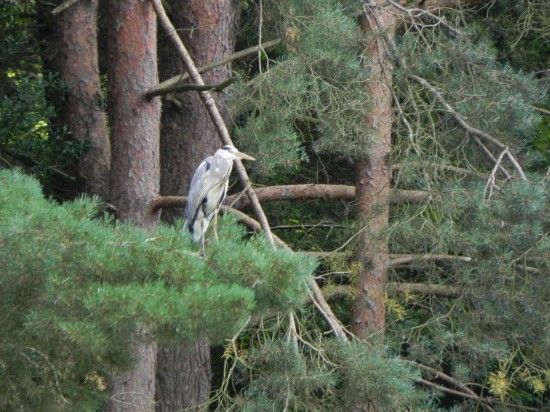 Behind the scenes Dingle Nurseries grow trees and shrubs for the wholesale market on some 200 acres of nursery land, This means the retail nursery has access to a vast range of stock; hence the great selection. 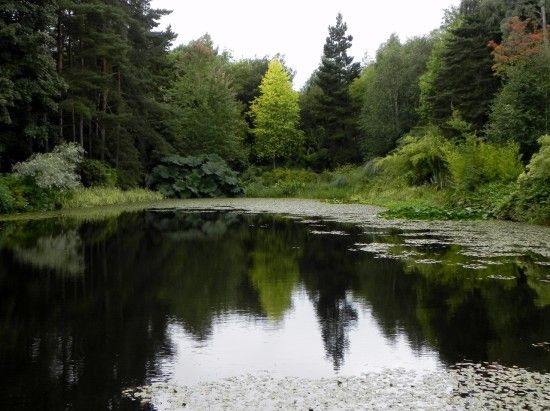 Dingle Nurseries is at Frochas, Welshpool, Powys, Wales. Check out their website: