I first met Gary Long, head gardener at Trewithen, Cornwall, South West England a few years ago. I was leading a garden tour around some of the great gardens of Cornwall and Gary took us on a tour of the garden at Trewithen, a privately owned Cornish estate famous for its amazing range of plants, many of plant hunter origins. On that particular occasion the fine spring weather had coaxed a fantastic display of rhododendrons and azaleas alongside the end of the magnolia flowering season. I was overwhelmed by the richness of the plant wealth in this garden, but more so by Gary’s sparkling enthusiasm and knowledge. Here is a guy that really loves his plants, that treasures their history and takes great pride in his care of a plant hunter’s heritage. 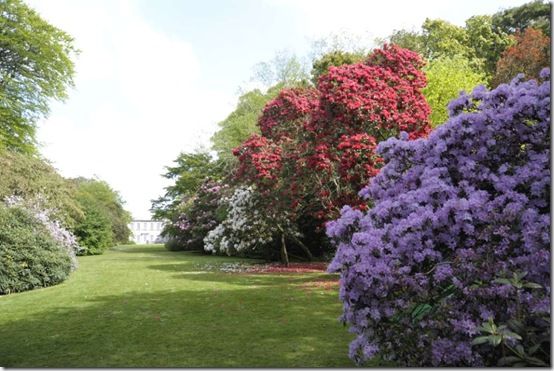 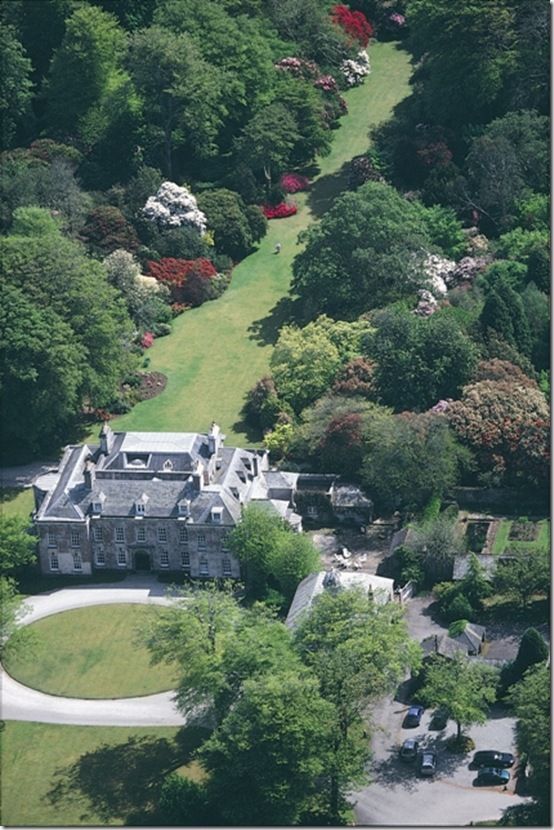 I’ve met up with Gary on many occasions at various Garden media events, Chelsea Flower Show and I regularly check out his blog for updates on what’s happening at Trewithen and other Cornish Gardens. On a recent visit we were not quite so lucky with the weather and the cold winter and spring had done its worst to the magnificent magnolias. However the rain and the biting wind could not dampen Gary’s enthusiasm. I am delighted he’s agreed to share some thoughts and just a little of his knowledge with us as my guest on the My Garden School blog. 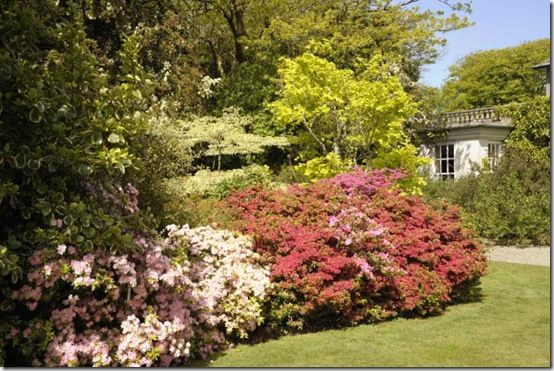 How did you get into plants in the first place Gary, and how long have you been hooked?

I was always interested in plants, even when I was very young. I can remember popping the flower buds of my mum’s fuchsia to look at the different parts of the flower. But it wasn’t until I started gardening for a local landscaping business on work experience, while still at school, followed by a Youth Training Scheme with the National Trust, Trelissick that I really became bitten/hooked by the gardening bug. With hindsight, that YTS training was a defining moment in my career; the experience, contacts, references and the life-long friendships I made proved to be invaluable. It opened my eyes to botanical horticulture. During my first week, the head gardener (and now great friend) Barry Champion, gave me the task of learning the plant name Acer palmatum dissectum ‘Atropurpureum’. It was very daunting for a 15 year old, but has stood me in great stead ever since.

Are you from Cornwall originally? Have you worked at other Cornish Gardens?

I was born in, and have only worked in the TR postcode area of Cornwall. That seems a bit limiting in terms of experience, but anyone who has visited Cornwall knows the huge array of gardens in the county. I have worked at National Trust, Trelissick on my YTS course, two hotels in Falmouth, then nine years as assistant head gardener at Tregothnan botanical garden (the location of England’s first tea plantation) before moving to Trewithen as assistant head gardener for two years. Then in 2004 I became only the third head gardener in Trewithen’s history. 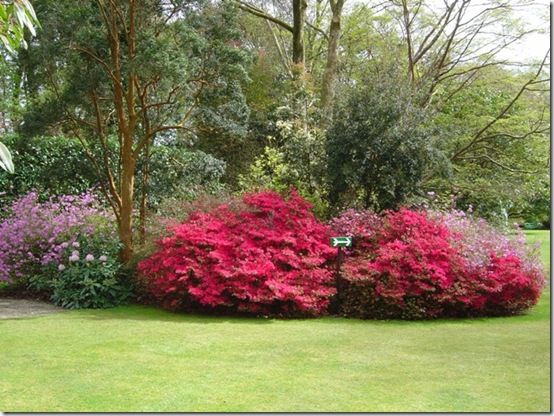 So what’s so special about Trewithen? What sets it apart from other Cornish Gardens?

Trewithen is a traditional Cornish woodland garden with a strong bias to spring flowering plants. Trewithen translates to “The house in the spinny”.

The gardens, as you see them today, were laid out by the present owner’s grandfather, George Johnstone. He teamed up with J.C.Williams of Caerhays castle and helped finance the plant hunters on their exploits in China, India, Assam and beyond in the early part of the 20th century. These wild collected plant introductions shaped the garden as it has evolved over the last 100 years or so. I use this wild collected ethos when selecting new plant material for the garden, looking for a collection number as first choice.

These plants now include twenty four champion trees, which are either the tallest or largest girth of their type in the British Isles. Just think they started out as tiny wild collected seed in the hands of the great plant hunters. Seven of these are included in George Johnstone’s masterpiece of landscape gardening: The South Lawn. This is a huge serpentine lawn with flanks of mixed rhododendrons interspersed with huge Asiatic magnolias. It is just breathtaking on any day but especially from February to July (or spring as we like to call it in Cornwall). 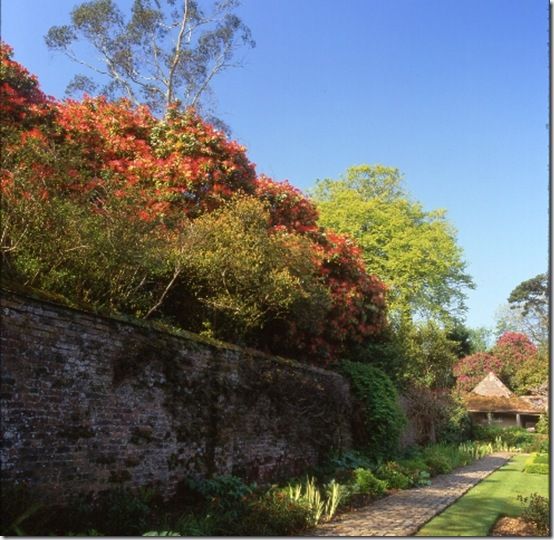 I know you have many rare and special plants in the garden. Which are the most special to you?

All of the original introduced plants we have in the collection are very special. Pieris formosa ‘Forrestii’ , Camellia reticulata (wild form) and Magnolia campbellii subsp.mollicomata were all introduced by George Forrest. Rhododendron macabeanum KW7724, the finest form of macabeanum was introduced by Frank Kingdom-Ward in 1928. We are also proud of our “newly found” Berberis francisci-ferdinandii. This unassuming, scruffy, looking shrub was only re-discoveredin the garden on a chance visit by berberis expert Julian Harber who identified the shrub from its seed a few years ago. 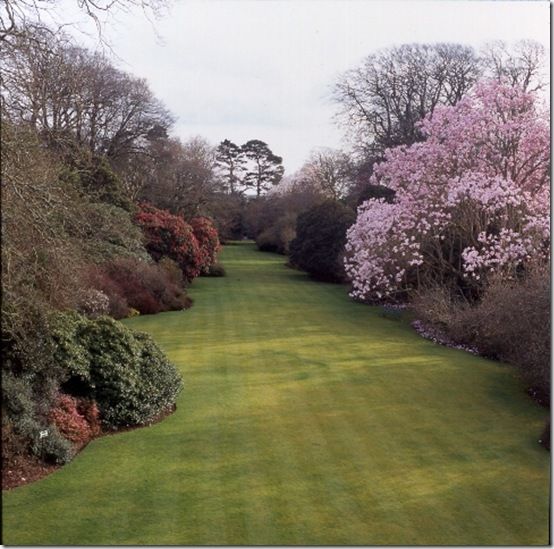 They feel a sense of peace and tranquility when walking around the garden. Being privately owned they get the sense, although on a grand scale, of being in someone’s back garden and not a commercial enterprise. The garden has evolved, rather than being designed, in such a way as you have to wander through the woodland and be led by the plants and not man-made feature and vistas. Even with the car park full you can feel as though you are the only person in the garden.

What’s your favourite time of year here? Obviously spring can be spectacular, but is that the best time for you personally?

Spring and autumn are two obvious times, the latter for the magnolia and camellia seed pods. The way I describe the Magnolia campbellii seed pods is to imagine the after effects of your dog eating orange sweet corn!! (This is the best way I can think of to describe them, so sorry for any gross images) 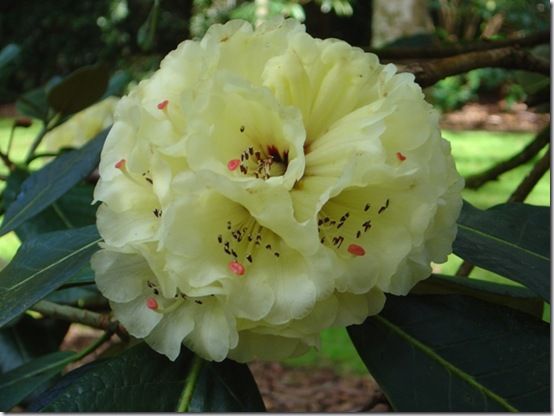 I believe you’ve travelled to see some of these plants in the wild? Tell us a little about it.

I have visited China on two occasions to study camellia in the wild. The first trip in 2007 was from Shanghai to Guilin and involved studying various camellia species with the idea of trying to introduce them to the garden. The two species that gave a lasting impression were Camellia nitidissima, a fine yellow species although shy to flower here we can grow it, and Camellia azalea (now re-named changii) a summer, yes summer, flowering camellia. It is being hybridized by Prof. Gao Jiyin to introduce hardiness and give us the real possibility of having camellias in flower all year round. 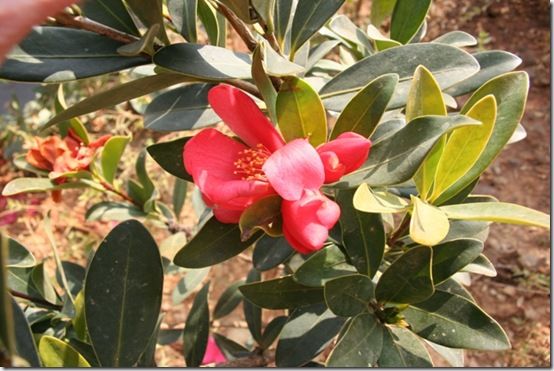 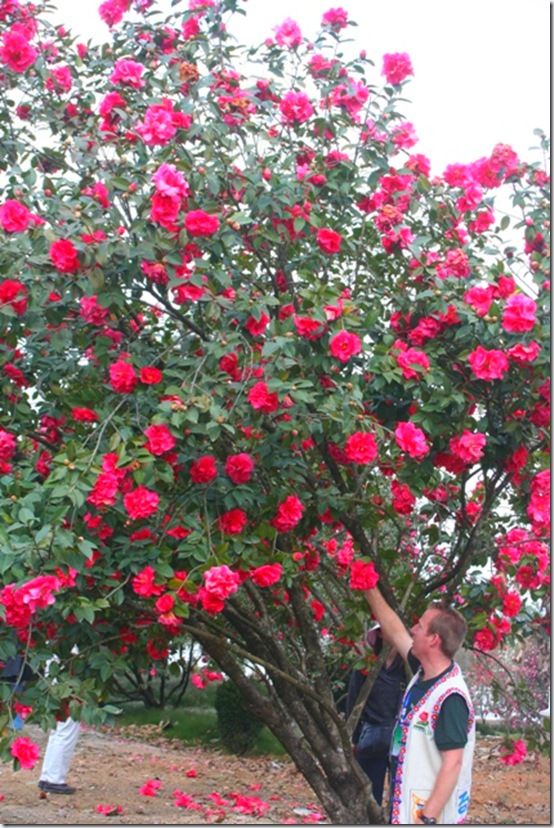 In 2012 I travelled through Yunnan province to follow in the footsteps of George Forrest. This took me to Kunming city, Dali then across to Baoshan, where he was based for his collecting trips. In Baoshan I walked through the same camellia forests as he did, seeing the same camellias he had collected seed from nearly a 100 years ago. Also while in China I collected Trewithen’s award, from the International camellia society. We are now one of only 30 “ICS camellia garden of excellence” in the world. 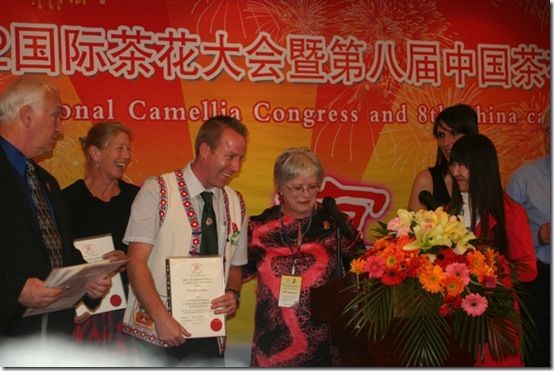 Seeing the wild flora on the hill sides and mountains never got boring. Acres of plants growing wild that we cultivate in our garden is a sight never to be forgotten. One “comfort” stop revealed a slice of Trewithen right there in China; there was Schefflera, Rhododendron, Buddleia, Magnolia all growing naturally on the hillside behind the toilet block; truly amazing.

So what’s your greatest gardening ambition in life?

To travel again to china but this time to collect seed and maybe introduce a new species; what a legacy that would be 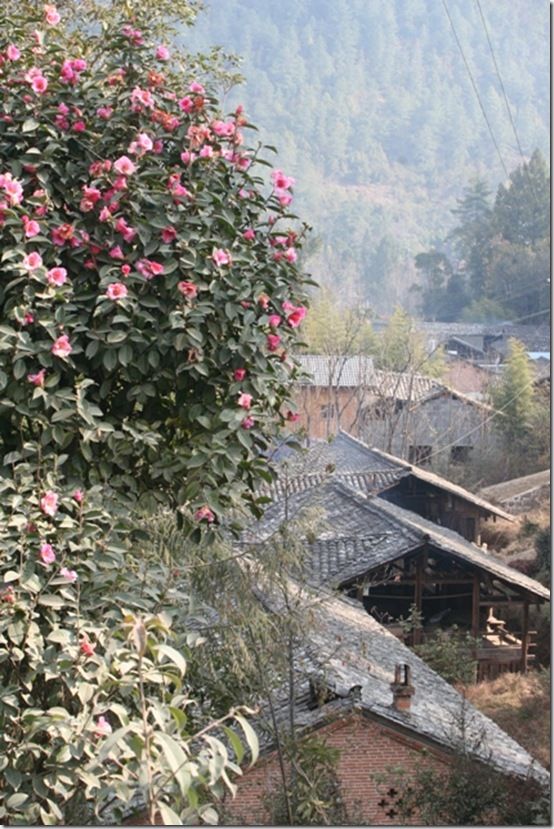 So are you into gardening in the broader sense? Do you grow your own vegetables for example?

At home our cottage is surrounded on three side by lawns and mixed herbaceous borders with trees and shrubs, including camellia, rhododendron and magnolia. We also have a small vegetable plot (managed by my 8 year old daughter, far better than I can!!)

What are your other guilty pleasures in life?

Formula 1; I am a total freak when it comes to F1 all the statistics, the different strategies during the race, the inter-team battles, the whole lot (far too geeky really just don’t tell anyone)

Check out Gary’s Blog at: http://www.trewithengardens.co.uk/head-gardeners-diary/