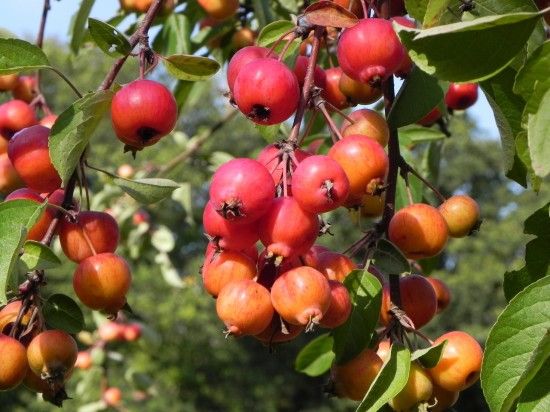 Crab apples: ornamental varieties of malus which produce attractive fruits that are usually too sharp to eat and enjoy, but make excellent, flavour filled preserves.  Crab apple jelly is the usual product of harvest and preserving crab apples. It can be clear or cloudy, sharp or sweet, pure or flavoured. It is eaten as an accompaniment to meat or smoked fish, cheese or pate as its tart, sharp quality cuts through the greasiness of the food. It’s also delicious slapped on hot buttered toast. This is a wonderfully traditional preserve that would have been made from wild apples collected from the hedgerow.  Today many popular ornamental garden trees will deliver the goodness-packed ingredients to your plot. 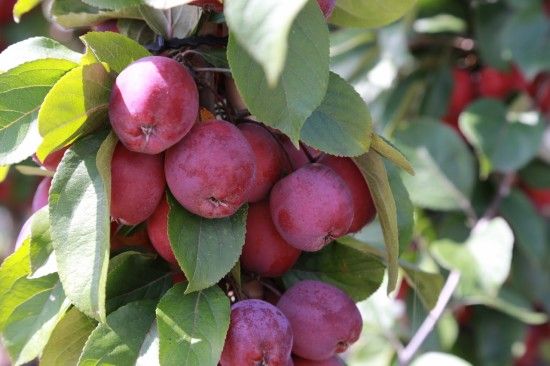 Crab apples make great pollinators for fruiting apples. They flower freely and providing their blooming period coincides with the apples in your garden they will act as pollinators. They are also very wildlife friendly. The blossom is a rich source of nectar and pollen and any fruit that you do not harvest will be appreciated by birds and insects. 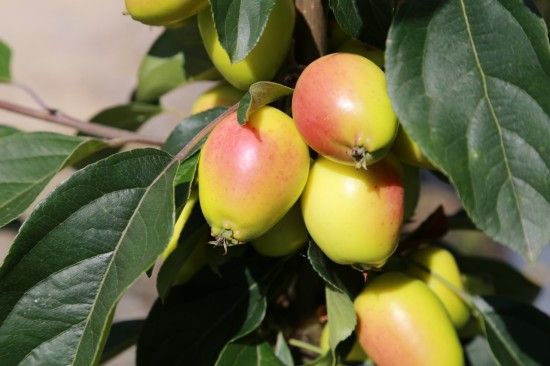 There are many varieties to choose from, but those with larger, fleshier fruits are naturally the favourites to harvest to make preserves. Malus ‘John Downie’ is probably the best known. A compact, conical tree it is ideal for the small garden. Typical apple blossom develops into large conical fruits of yellow-orange; sharp, bursting with flavour and packed with juice. 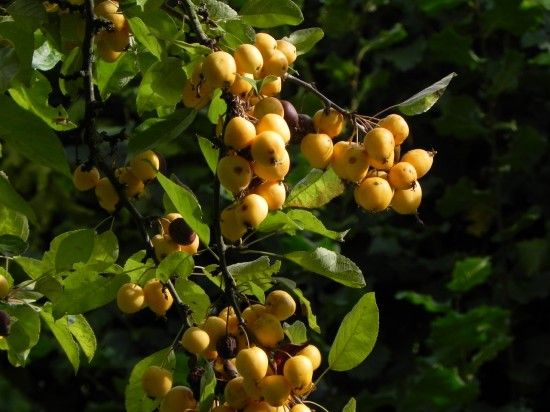 Malus ‘Golden Hornet’ is also a good old popular variety. The flowers are smaller and starrier with a rich, honey fragrance. The rounded yellow crab apples are smaller than many others; attractive at first but hanging on the tree and turning brown as they age in a most unattractive way. Perhaps they remind us of our own ageing process and that’s why we find this stage so offensive!  At their peak they can still be harvested and used for jelly. 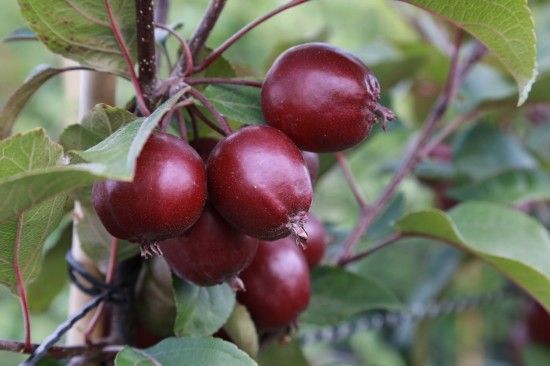 Malus ‘Harry Baker’ is particularly striking with its large purple-red fruits.  It is named after a well-known fruit authority and author, Harry Baker. Personally I would be very happy to have something as attractive and useful named after me. These fruits are undoubtedly suitable for making crab apple jelly. 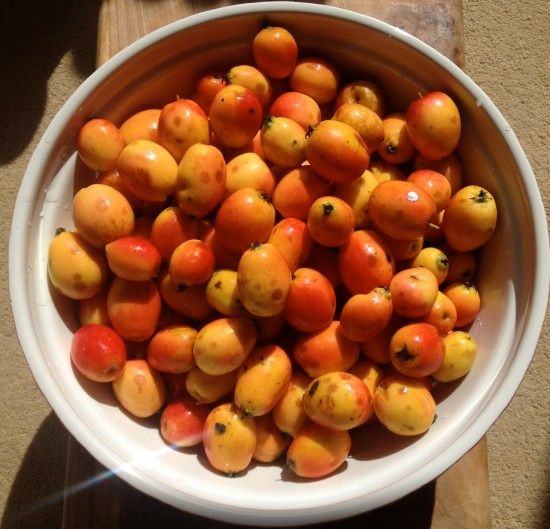 So how do you do it?

Basically you harvest the apples, wash them and remove any damage. No need to be too fussy.

According to side, halve them, chop them or crush them and pop them in a large pot or preserving pan. The great news is there is no need to peel, core ot mess around with them.

Add water to just cover, bring to the boil and simmer for around 20 minutes.  Mash the apples with a potato masher or spatula. Cool and then strain: through a fine sieve if you want cloudy jelly, or through muslin if you want it clear.

Now here’s the scary bit – You need loads of sugar, three quarters of a cup of sugar to one cup of juice. Boil the mixture until a teaspoonful dropped onto a plate gels.

Pour into clean, warmed jars, cool and seal.  Your own labelled preseves on the shelf certainly make you feel as if you’ve achieved something. 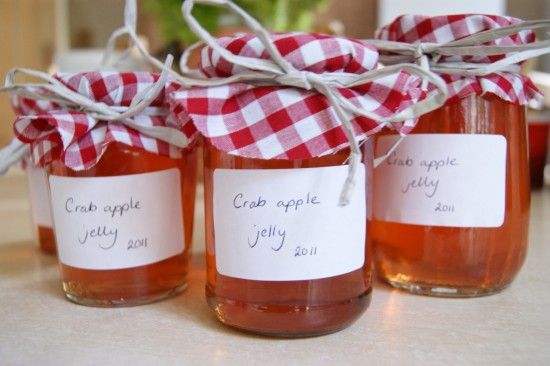 If you can’t be bothered to make jelly don’t waste these precious fruits. Add them to apples in the juicer. Or cut them in half and caramelise them with sugar and cinnamon to eat with ice cream or roast pork. Alternatively cut a few stems, pick off the leaves and use them for floral decoration. I’ve noticed plenty of crab apples on branches and picked as fruits at the flower market. So how do you use yours – we would love to know. 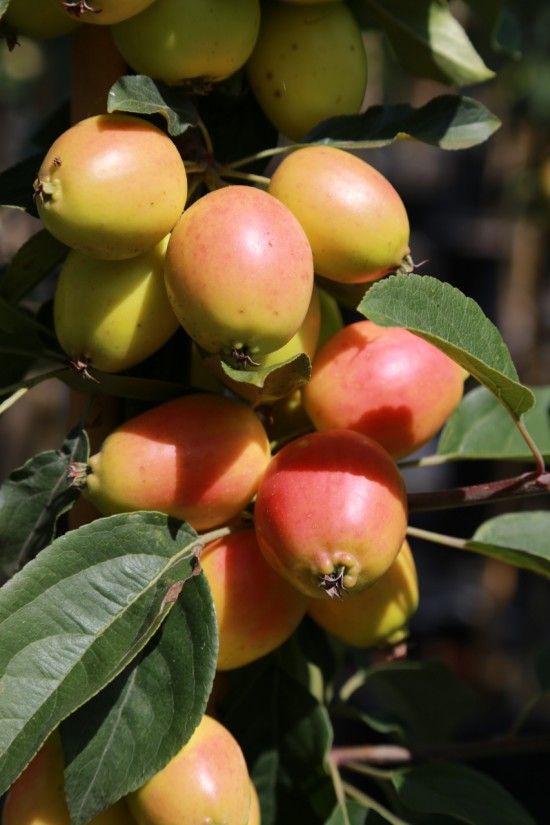