The Christmas song that celebrates “The Holly and the Ivy”, da-de-da-de-daa, only mentions two evergreens. For the simple reason that in times gone by that's all there was. In England at any rate, although Scotland and northern and central Europe would have had conifers out in the forests. The native box was rare and mostly likely to be encountered cut into patterns up at his lordship's 'big house'. Evergreens were special.

Not any more. Our nurseries and garden centres now offer a wide range of leaves that stay green through the winter, culled from the floras of the world. We have got used to them, and rather taken them for granted. Indeed we have rather mixed feelings about them. We might be glad enough of some greenery during the grey winter months, but the sight of the same shade of, usually rather dark, green for 365 days of the year, can be a bit dull. Indeed people often complain about them, especially if they are big and blobby and take up more space than whoever planted them ever imagined they would. Today, we find it hard to believe why our Victorian forebears got so excited about laurels. What is nowadays a very functional hedging material and little more was clearly then something of an admired high status plant.

So, in the depths of the winter, it's a good time to do some re-evaluating. One of the great traditional uses of evergreens has taken a bit of a knocking, with box blight and various other pests have taken advantage of globalisation and hitched rides to greatly extend their territories. There's a lot more Ilex crenata around as a result. Not the best substitute for box as it is nothing like as dense but is perfect for the whole field of Japanese-style niwaki or cloud pruning, an activity which has provided a whole new creative outlet for those who derive satisfaction from obsessive clipping. 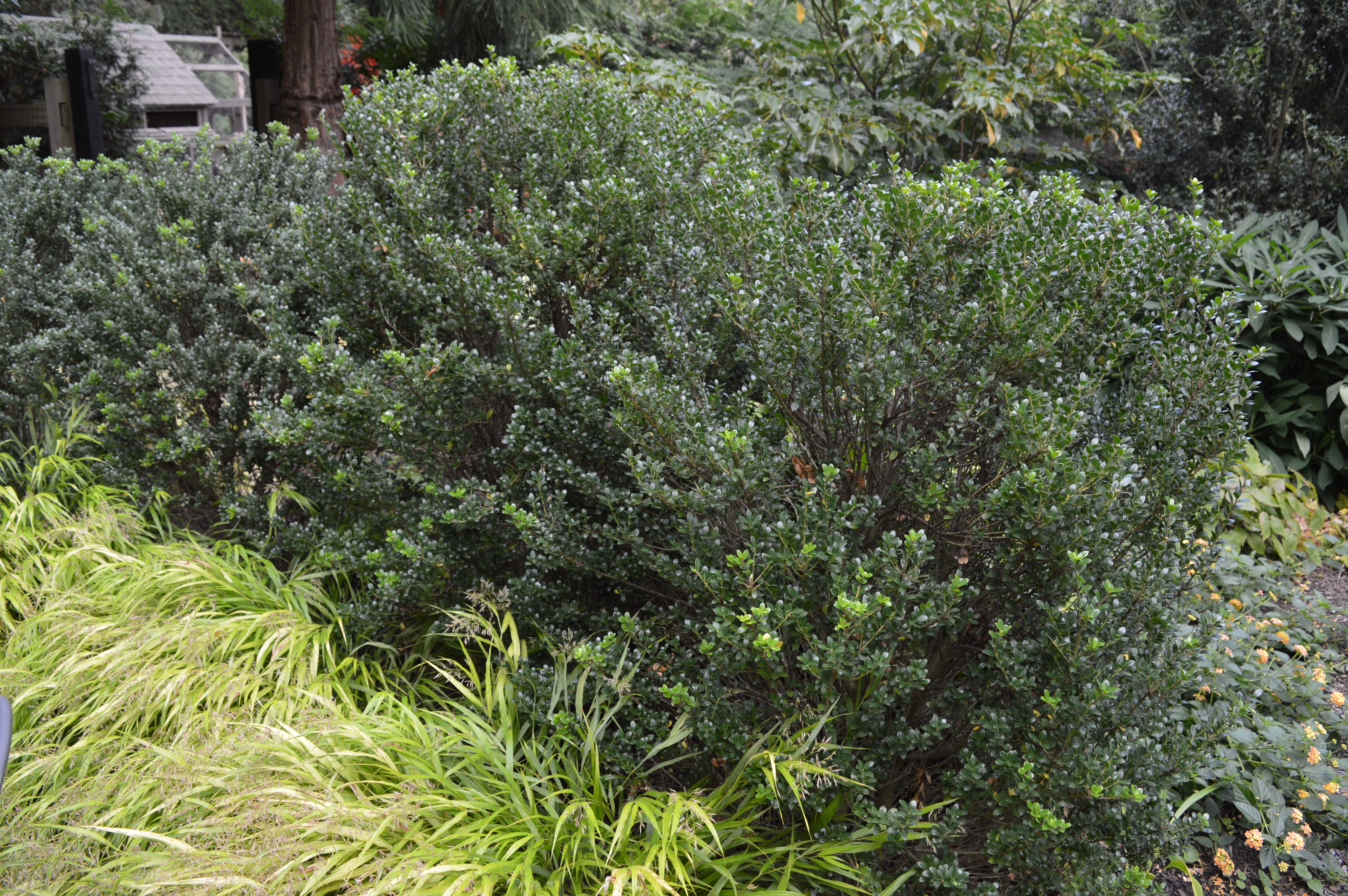 One of the reasons evergreens attract those who like wielding clippers is precisely to forestall that big n'blobby look that many evergreens have if left to grow their own sweet way. I've always thought that we could be a lot more inventive with clipping. It's as if people feel that if they have such traditional materials as yew or box they have to do something traditional with them, like grow them in straight lines. There is so much else that could be done: Henry Moore -inspired abstracts, rhythmical curves or peaks or big bold blocks. 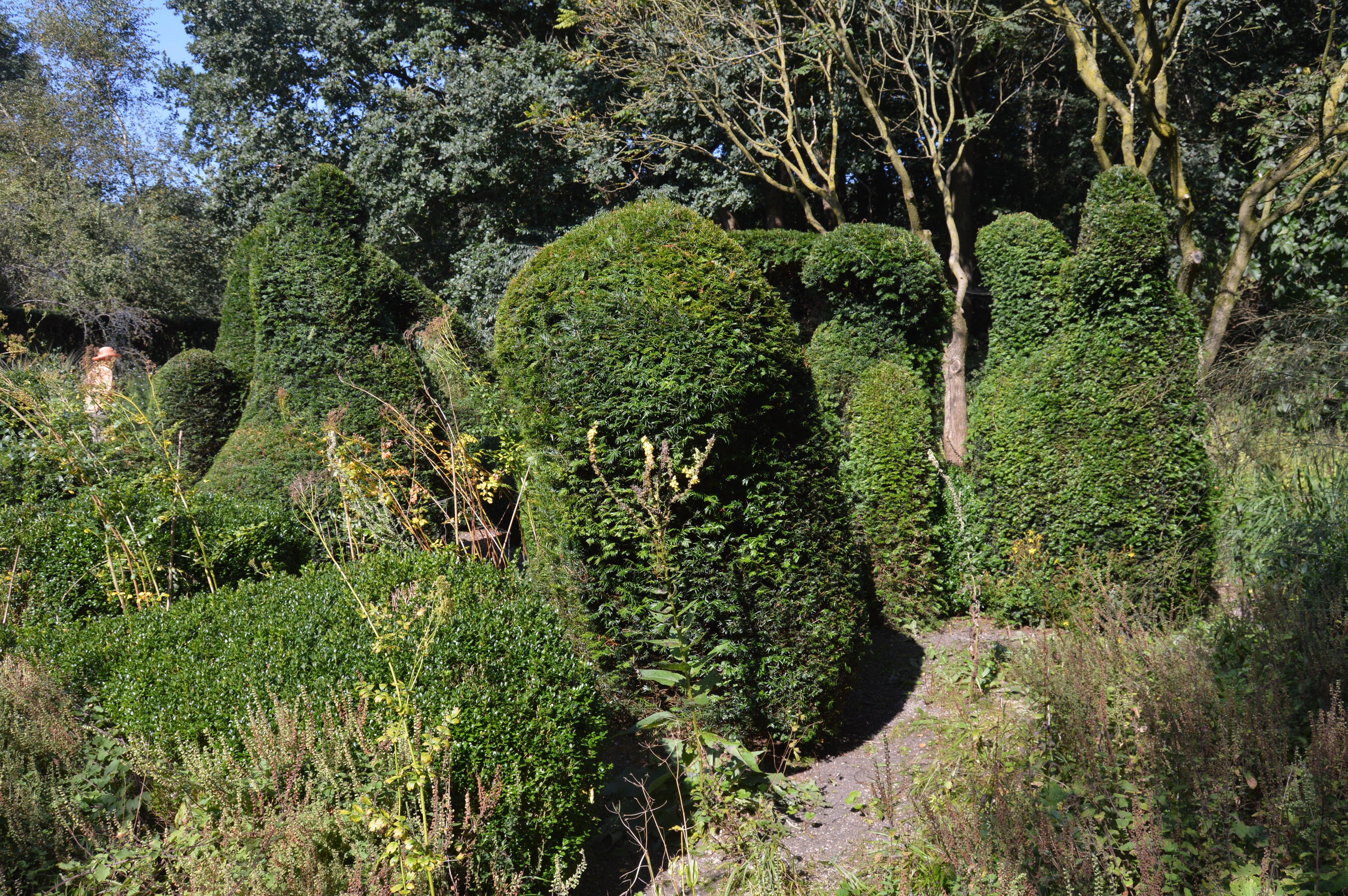 Warmer, drier summers may mean more people will take an interest in Mediterranean climate sub-shrubs. We are familiar with lavenders, rosemary and sage, but there are many more to discover. A favourite of mine is the so-called strawberry-tree, from the edible but rather insipid fruits that form on the plants in warm spots. This is one of those evergreens that, rather than turning into a blob, gets more shapely as it grows, developing an elegant bendy branching pattern and a rich cinnamon-coloured bark. This does indeed form a small tree, but most Mediterranean climate evergreens are more on the lavender scale – small, compact and not particularly long-lived. There are potentially a great many more of these low-growing species we could, and perhaps should be, experimenting with. Many do benefit from the treatment that they traditionally receive, an annual post-flowering clip, which not only keeps them in shape but prolongs their lives. Up-and-coming garden designers in Spain are making the most of this type of management to produce elegantly naturalistic gardens that echo wild landscapes. We could be doing similarly with shrubs like cistuses, which we generally don't clip. 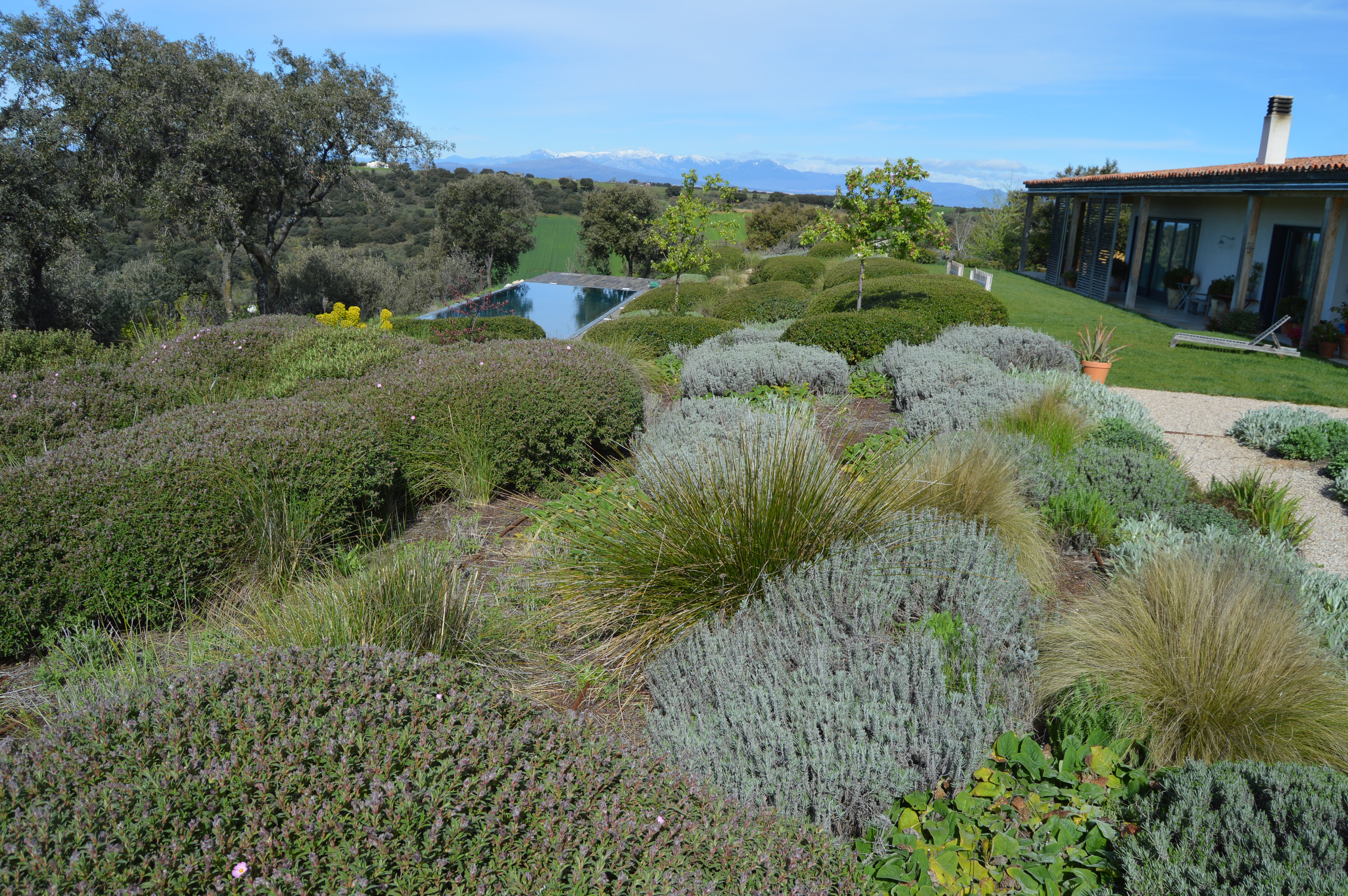 The biggest growth area in new evergreens in recent years has been at the bottom end of the size spectrum, with grasses and sedges. Particularly sedges (Carex species), which are grass relatives, but nearly always evergreen and more tolerant of poor soils and shade that 'true' grasses. There are an awful lot of them, and more and more seem to be getting the attention of plant breeders and nurseries. Most are green, but there are some really good evergreen ones, and of course those ones from New Zealand with brown or orangey foliage. For those who really don't care for 'traditional' evergreens these are a godsend: low, well-behaved, adaptable. Some make really good ground cover, whilst others are the perfect solution for those who want something evergreen to punctuate a border, but not too big, nor ever needing attention. 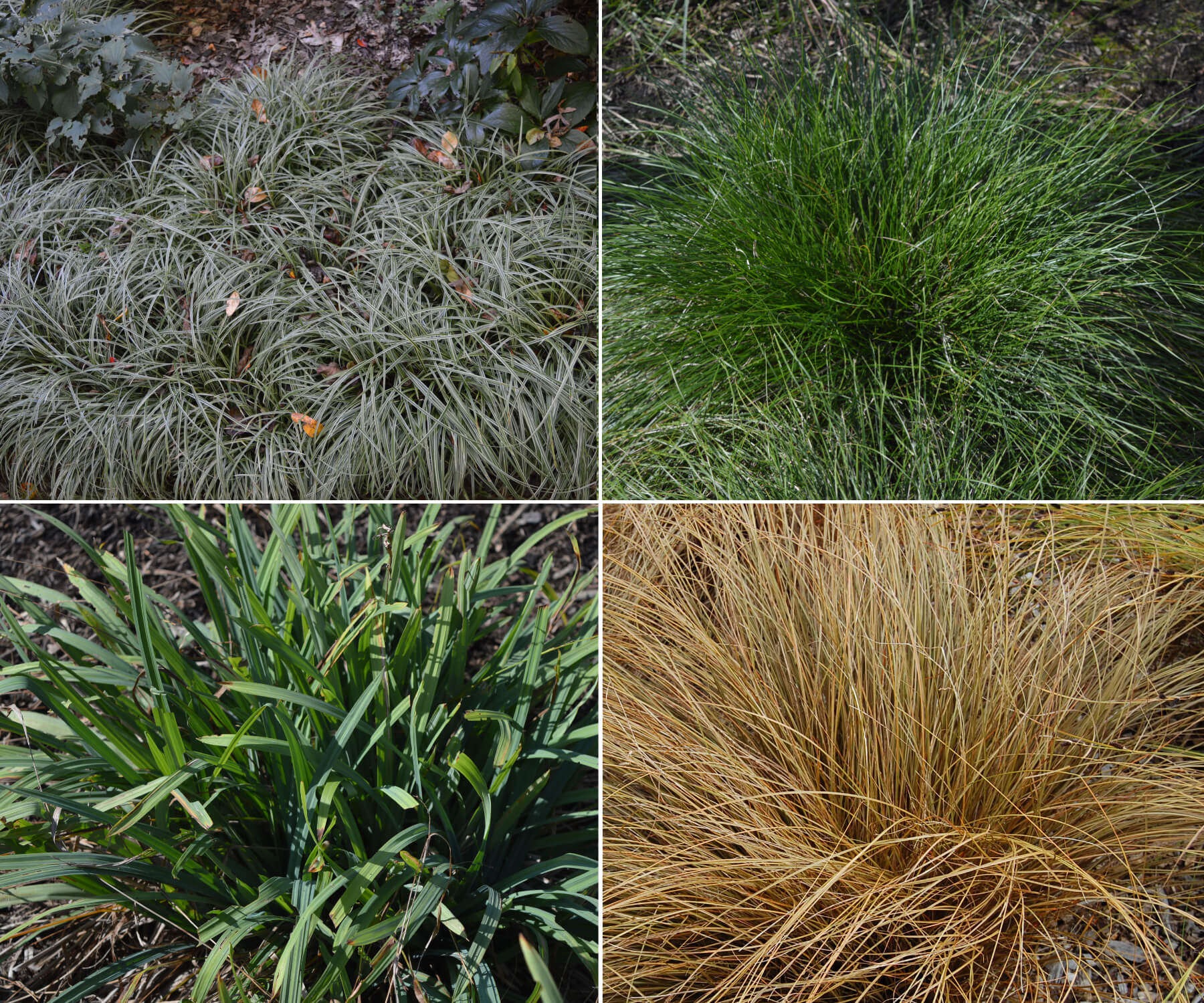 Finally, could I just flag up that is you live somewhere ever so slightly warmer than average (meaning not such cold winters, not warmer summers) the number of evergreen shrubs that will survive the winter goes up almost exponentially. Given our warmer winters of late, that means potentially many more species for the nursery industry to try out on us. As well as reasonably conventional-looking shrubs, this also means lots of members of the Ivy Family (the Araliaceae), many of which are look-alikes for the well-known house plant schefflera; some indeed are species of schefflera. They look dramatic, with palmate leaves (which means vaguely hand-shaped), grow at a nice stead pace and are reliably long-lived. We can only hope they take the nurseries seize their opportunity and surprise us. 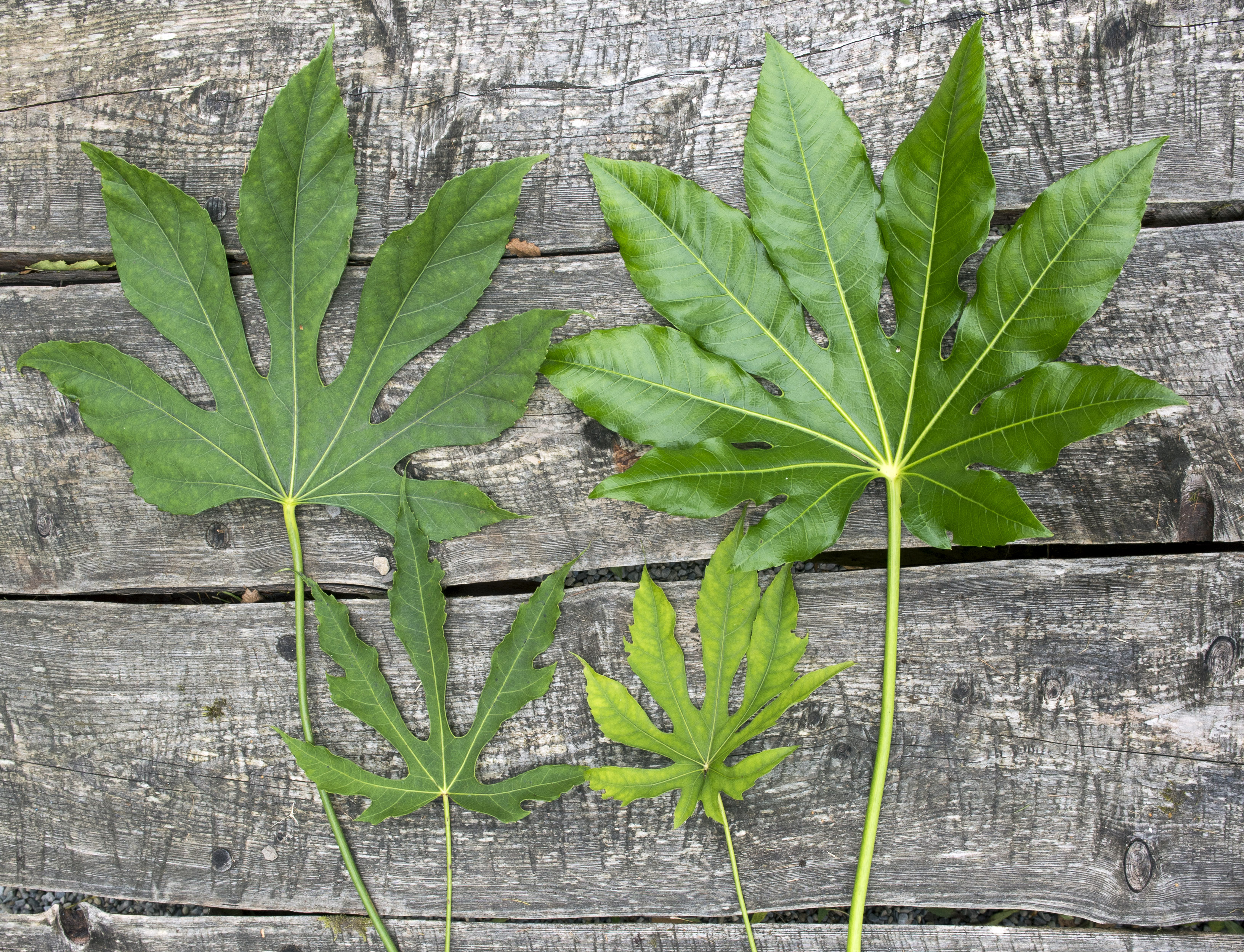