Sponsored Post by VegTrugs
I always think the enthusiasm for grow-your-own wanes a little by midsummer. Early salad crops have come to an end and many of us are in the midst of a glut of courgettes and beans of various types. That isn’t a complaint: I quite like enjoying the seasonal nature of my own crops. But as spaces appear on the vegetable plot and in raised beds and containers what can you plant now?

Firstly my successes: First and foremost I must mention my Tomato ‘Tumbler’ I planted in a VegTrug Poppy in the conservatory. This is a lightweight VegTrug with a folding metal frame and a fabric lined container. I planted three plants of Tomato ‘Tumbler’, one chilli and a couple of basil plants. I was thinking of moving the planted VegTrug Poppy outside, but decided to keep it in the conservatory. I have to say those tomatoes have exploded and the crop is fantastic. These may not be the tastiest tomatoes ever, but they are certainly far better than anything you would get in the shops. Also you can eat them fresh from the plant. 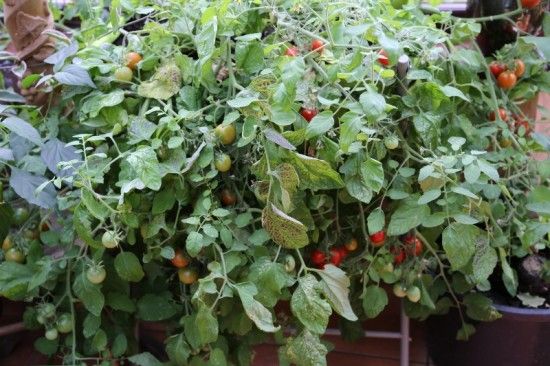 I’ve been feeding the tomatoes regularly with liquid tomato fertiliser and certainly they need regular watering. The weather has been warm and sunny so they have needed water twice a day. The chilli plant in with them has done well. It may not be the strongest and bushiest but it is certainly cropping. We have been picking the chillies green and using them with the tomatoes to make a salsa. They are also great to add to olive oil when cooking fish, or to marinades for meat and vegetables on the barbecue. They add warmth and depth of flavour without blowing your head off. 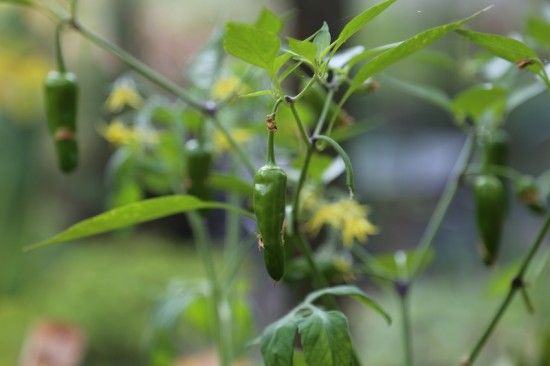 The VegTrug Poppy is so settled in the conservatory now and some of the permanent plants, especially the Hoya carnosa have integrated with it. Even if I wanted to move it now I could not so it is definitely in position until the end of the season. With this amount of growth and associated roots I will definitely empty this out and remove plants and compost at the end of the season. ‘Poppy’ can then be folded and stored for next year. 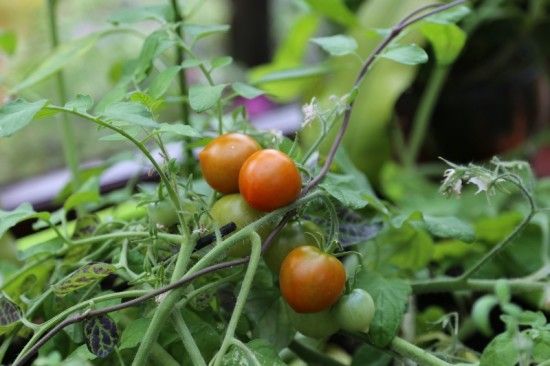 In the small wooden VegTrug near the house Runner Bean ‘Hestia is growing really well and setting. Some beans are not far from ready for picking. Those in the medium VegTrug down on the plot which I grew from seed are slower. The weather has been hot and dry and I probably have not watered as much as I should have. 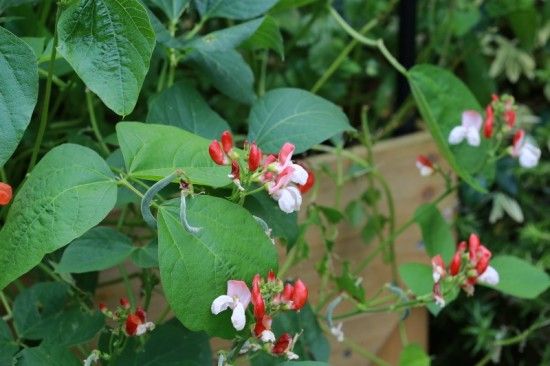 The hot, dry weather has been an obstacle to getting anything else going.  When I removed the old rocket and speedy salads from the end of the small VegTrug I freshened up the compost and sowed two rows of wild rocket. This is the finer leaved form of rocket which is supposed to be better in hot dry weather; ordinary rocket hates those conditions. The seed is fine and I watered it in well. It germinated in a couple of days and then just withered and died in the heat: disaster! I will wait until the weather cools down and we get some rain before I try again. 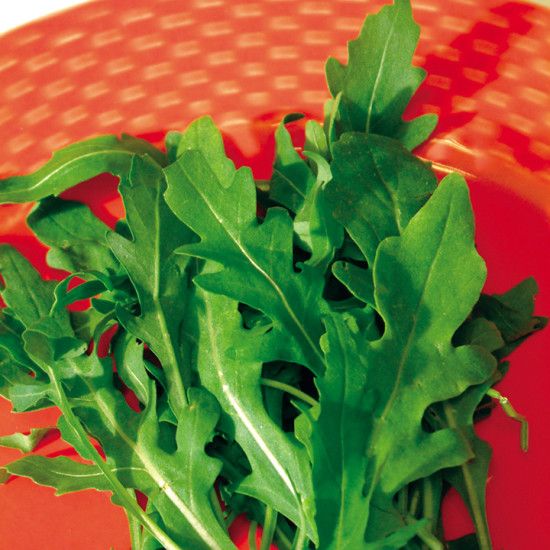 I have retained some of the broad beans; these are the dwarf variety ‘Robin Hood’ and they cropped well in early summer. Some are showing signs of shooting from the base and I’ve even found a few flowers. I think it is worth a go; if it doesn’t work this year I won’t bother to try next. 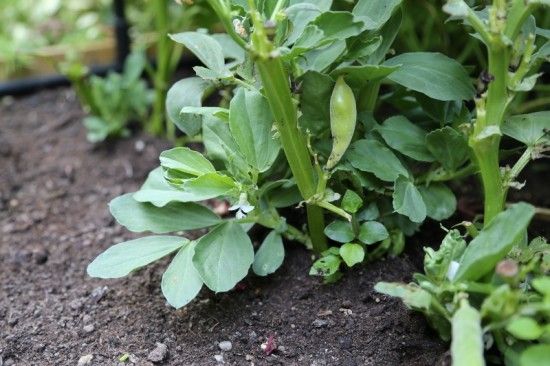 Cell and pot grown vegetable plants are few and far between in garden centres and nurseries from midsummer. Often those left around are pretty sad and have little chance of success. I did buy some good cell-grown leek plants which I’ve decided to plant in the middle of the VegTrug and I’ll add some salad leaves in the shallower soil near the edges later in the season. I am slightly sceptical of cell-grown leeks. Will they be deep enough to produce good, long white shafts, or will I just get plenty of green leaves? 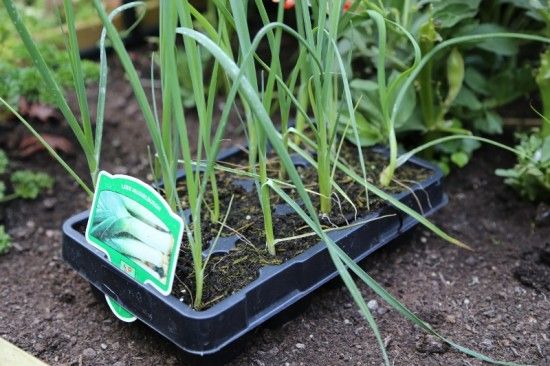 I’m going to try planting some as cell-grown plants, and some I will treat in the traditional way. In other words I will trim their roots and leaves and drop them into a deep hole made with a dibber. I usually leave the leaves just above the soil surface and I puddle them in with a stream of water. That way the soil particles are settled around the roots and the white part of the leek is buried below ground level. 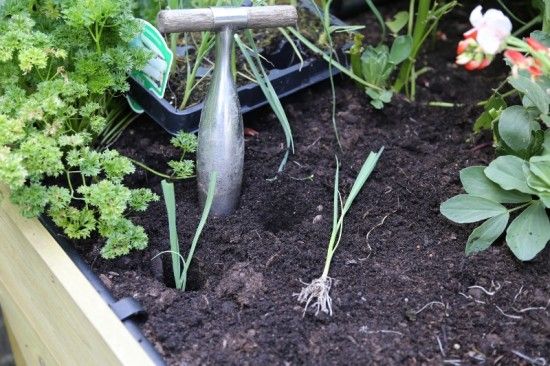 I said at the beginning that we were in the middle of a plentiful supply of beans. I’ve been really pleased with my climbing French beans growing on VegTrellis. This is a nice substantial support with an open trellis structure that makes it easy to find and access the beans. They also seem happier growing on a lower structure than on my usually wigwam creation. Maybe because the stems are romping along horizontally they just produce more beans? 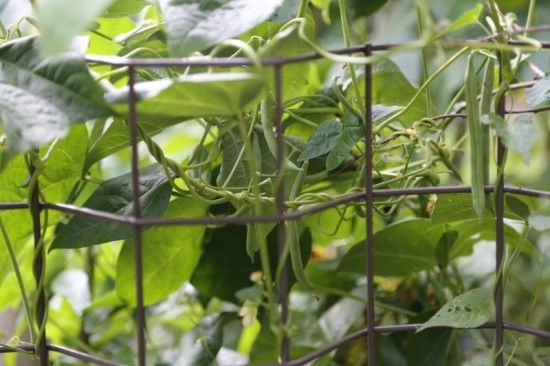 If you want to check out equipment and get lots more handy hints on VegTrug then visit the website: 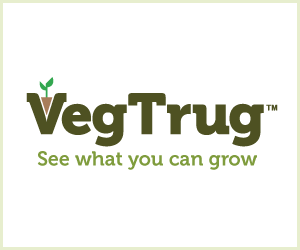