Starting Out With Seed Potatoes

By mid-winter seed potatoes are on sale in garden centres and through mail order. If you’ve never grown potatoes before you may be quite bewildered by the amount of varieties on offer, and you will be wondering how many to buy. As with other vegetable seeds most of us buy too many, which either take up too much space when you plant them, or they get wasted. Different varieties vary in their yield and suitability on different soil types. I recommend you get local advice as there are so many varieties on offer, and they vary enormously in different parts of the world. If you are starting out then try and buy a few tubers of three or four varieties and experiment. See which ones perform best and which ones you like. Look for trial packs or even better, buy them loose. 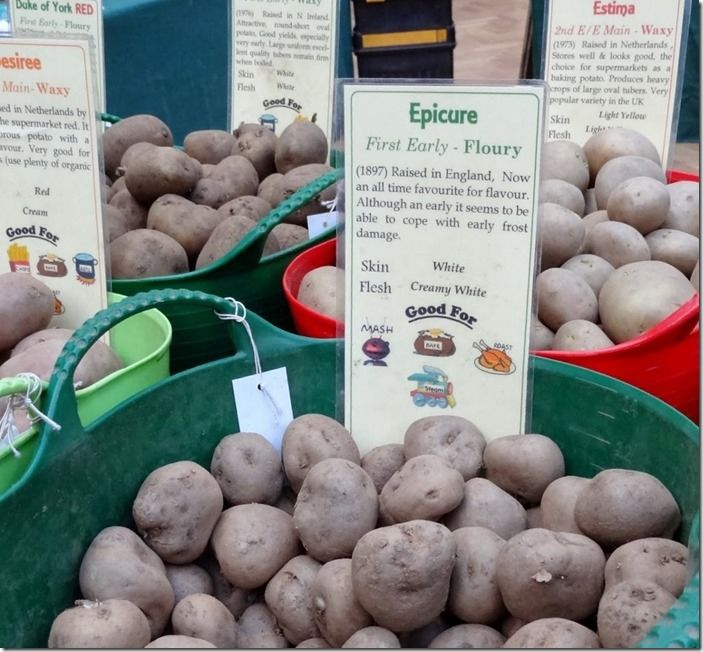 The most important part about seed potatoes is getting them off to a good start. This involved “chitting” them, in other words encouraging them to produce compact shoots which will grow vigorously when the tubers are planted in the ground or in containers. As some may know, commercial growers of potatoes don’t chit them before planting. For gardeners growing on vegetable plots, allotments and in growing bags and containers yield is all important. 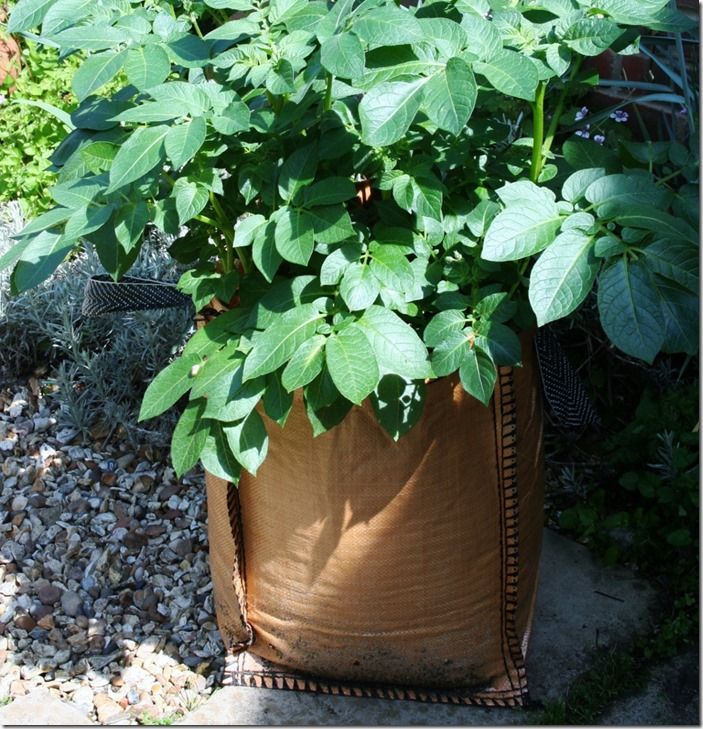 How to chit potatoes

When you buy seed potatoes, look for tubers that are firm and healthy, without blemishes, soft spots and damage. When you get them home keep them somewhere cool, but frost free, until you are ready to deal with them. Never store in polythene bags because they become damp and may start to deteriorate. 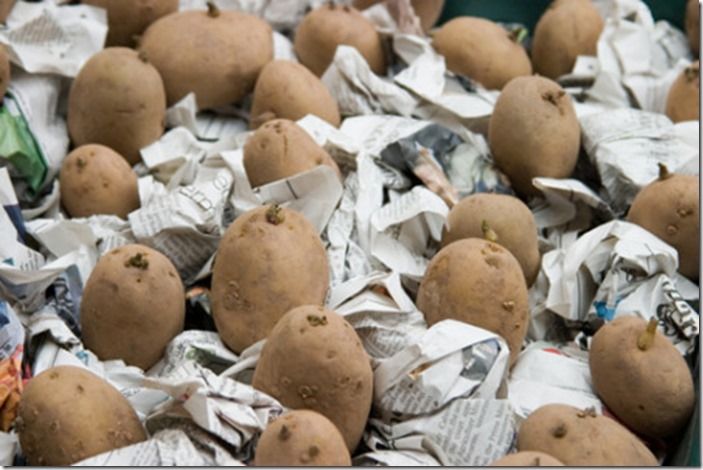 Lay out the seed potatoes in trays. Seed trays lined with newspaper are ok. Use rolled sheets of newspaper between the potatoes to keep them apart and keep the “rose end” of each potato uppermost. The rose end is the end where you can see a group of eyes, or embryo shoots. These are more pronounced on some varieties than others. If you have them, cardboard egg boxes or egg trays are ideal to use. These hold the seed potatoes beautifully. 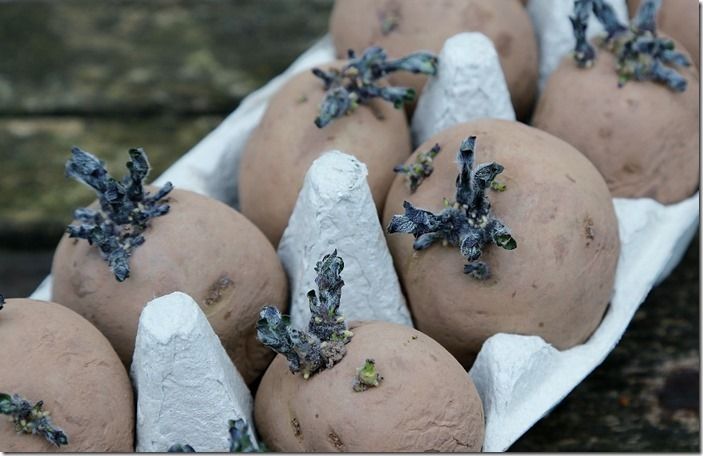 Keep them in a light airy position at a temperature of roughly 10°C / 50°F. The idea is to speed up the ageing of potatoes and to get the first sprouting shoots to grow dark in colour. This indicates good strong growth. Potatoes which are kept in the dark and warm conditions produce pale, weak shoots which break easily.

As the seed potatoes produce sprouts, remove all but the topmost four on each tuber. This ensures that these get all the goodness of the seed potato. The ideal sprout length by planting time is 2.5cm /1in although this is not critical. If the sprouts appear too early for planting the potatoes outside, simply rub them off cleanly and they will re-sprout in a couple of weeks.

If you buy your seed potatoes later in the season early varieties have nearly always started to produce shoots. These are often weak, misshapen and damaged and are best removed. You can then start the chitting process from scratch. 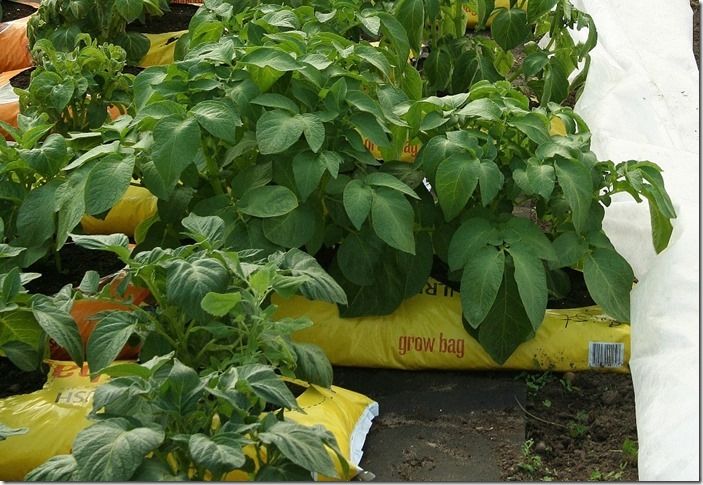 In the UK mid-March is regarded as the ideal time to plant the sprouted potatoes in the open ground. You can start them earlier in potato bags in the conservatory or in gro-bags in a poly-tunnel. Basically you plant them outdoors to give them enough time to grow below ground, so that when they emerge danger of frost damage has passed. Potatoes are not frost hardy. 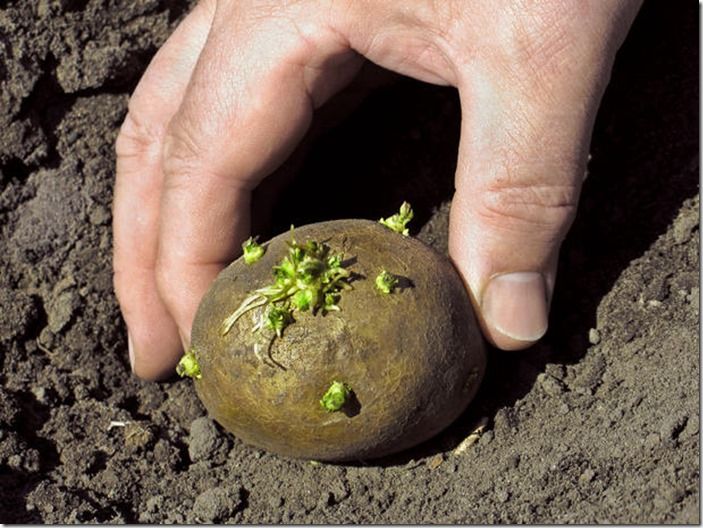 You will find potatoes labelled as early, second early and main crop potatoes.

As a guide early potatoes are ready to harvest from early to mid-summer as new potatoes for boiling and eating small. Second early are not as fast maturing as first early. Main crop varieties are for harvesting from mid to late summer as larger tubers for baking, mashing, roasting etc. They can also be stored. 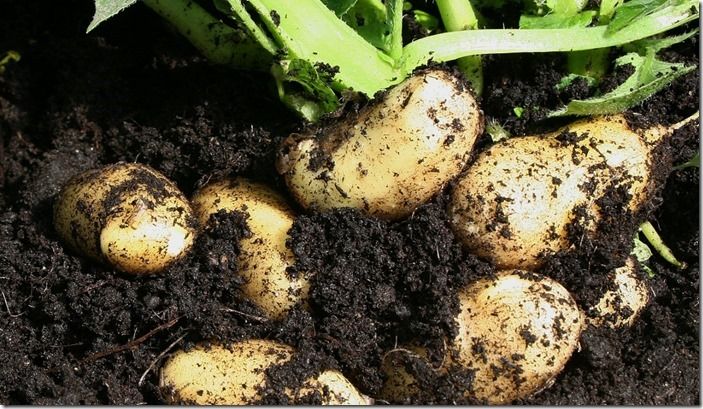 If you are just growing a few potatoes I think it is best to opt for earlies. They are the ones you grow for flavour which is always at its best when freshly harvested. Main crop potatoes are inexpensive to buy and take up a lot of space for a long time. Also potato blight, a disease which causes collapse of the plants, is a problem in many areas from midsummer onwards. If you grow early potatoes you should avoid it.

Plant 'earlies' about 30cm (12in) apart from each other, in rows which are 60cm (2ft) apart. Plant maincrop potatoes about 35cm (15in) apart, in rows which are 75cm (2ft 6in) apart. In If you are planting more than one row, rows should (ideally) run in a north-south direction to allow each plant its full share of sun. 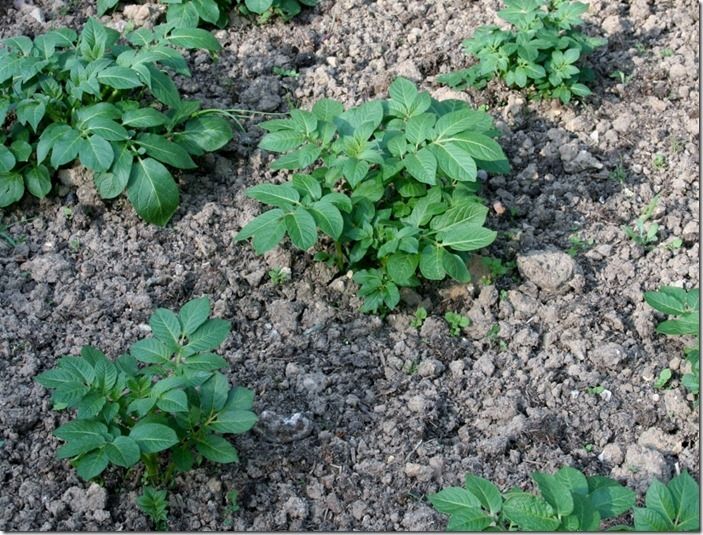 Plant tubers at least 15cm (6ins) deep and leave enough space to heap earth up around the stems as they grow. In containers leave room to top up with growing medium as the plants grow.

My personal favourite variety is ‘Charlotte’. A nice, firm, waxy potato with smooth skin that is delicious freshly boiled or cold as a salad potato.

Do tell us about your favourites – we would value your recommendations. 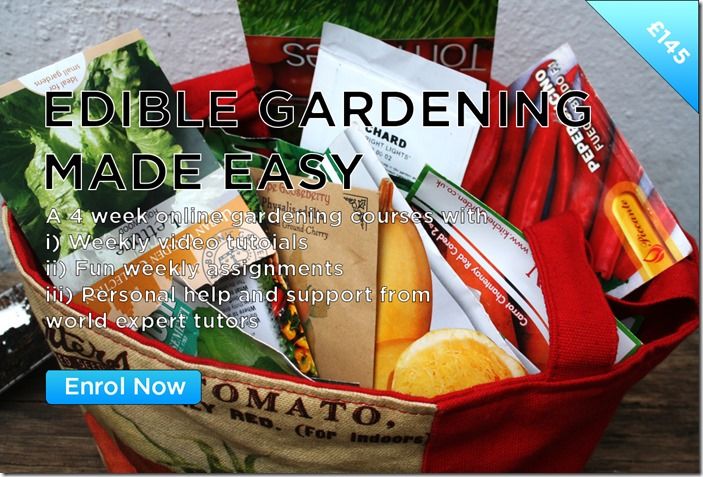