Most kids love a den. As a boy I was lucky; I had a shed, although I never thought of it as a shed, it was my house, my den, a place where others weren’t allowed, except by invitation. In reality it was pretty inhospitable with a selection of useless household stuff that I’d collected to make it home.

However a few hours in there with cake, juice and friends was a regular highlight. I don’t remember what we did, or what we talked about. It was just our territory where grown-ups were not allowed. My shed wasn’t twee, it was just a shed. I see a great many chocolate-box Wendy houses around and wonder how appropriate they are, certainly in the longer term.

They may be loved at first, they may look cute but you are the ones that will live with them when the kids lose interest.

This is particularly true of the very small. Pretty ones that can just about accommodate a couple of tots. Your garden den will have a longer life if three or four nine year olds can plan to spend the night in it, even if they only survive until 9 o’clock. 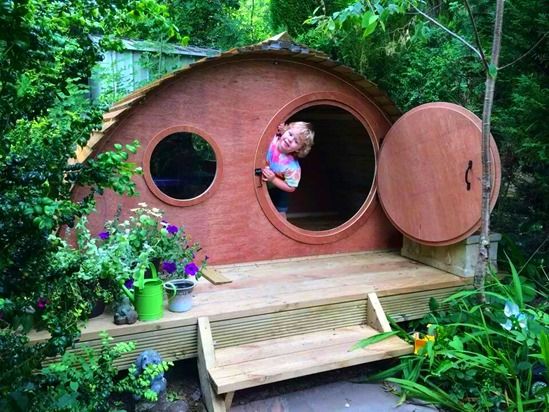 I really like the hobbit-house style dens that have appeared in the last few years. These are visually appealing and sit well in a garden setting without looking too scaled-down Disney.

They are definitely for little people and grown-ups just won’t get in. However they do look good even after the young have flown the nest. They are on a par with Shepherd’s huts which have become so popular in up-market rural hotels.

You can swap your en-suite, intelligent lighting and pillow menu for a hut/caravan in the grounds. Just like being in a garden den really, just far more expensive and you can brag about the good life.

Actually, if you have a big garden and a big budget a shepherd’s hut isn’t a bad idea as a garden den for the children which you can also use as guest accommodation. But back to the garden den for the kids. If you don’t provide one children are generally resourceful and a den they’ve created with the sun loungers and some towels, or a couple of garden chairs and a tablecloth will be every bit as exciting for a few hours and a custom made structure. It doesn’t have to be a permanent feature and they will recreate it when they want it. 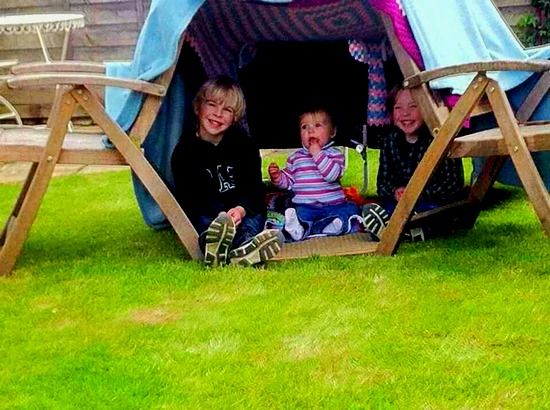 I was never put off the den idea in winter. I could happily create my den with four of the dining chairs and an old curtain.

This den was not for sharing, it was just my space for a few hours, in those days to read a book and retreat to with food, although I dare say today technology will play apart. 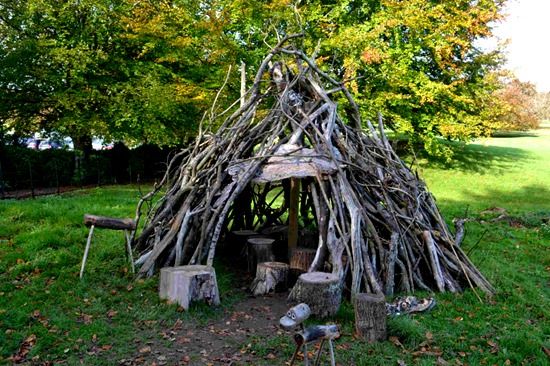 When my kids were small they loved their dens. Next door had a small purpose-built one which they soon outgrew.

The best was a ramshackle pile of wood, pallets, branches and bits of canvas built at the bottom of the neighbouring field under an old oak tree. Grown-ups were allowed to visit if they provided sandwiches or a barbecue. That den is still perhaps the most enduring memory of their childhood. 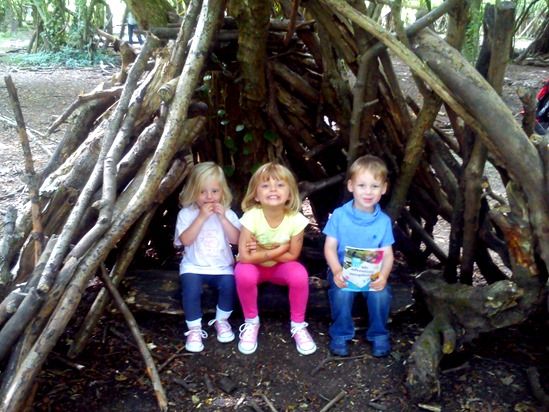 Of course the other possibility is a tent of some description. We used to call them wigwams they now seem to be referred to as tepees. In reality the conical tents are similar in shape to the real tepee, except that it would have been covered in animal skins with flaps at the top to let the smoke out.

Tepee tents are easy to erect and to store. They can be big enough to sleep in for the night and have enough presence to appeal. Especially as they can be located in the situation of choice, however inappropriate that may be. In my experience kids are incredibly resourceful and creative when it comes to den construction. They will use packaging, old carpets, sheets and whatever comes to hand to spark their imagination.

Personally I think the homemade den has more magic than the bespoke construction, and you don’t have to live with it afterwards, even if you have more clearing away to do at the time. 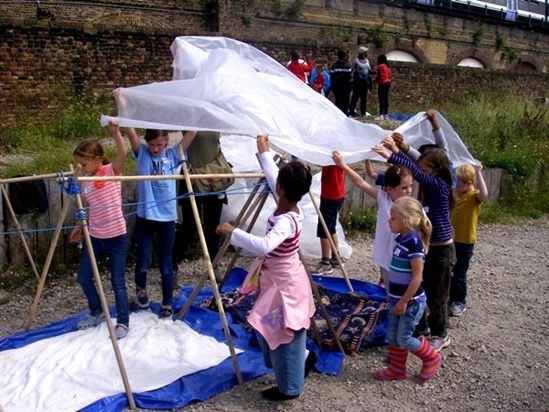 Did you have a den? Tell us about it below. Also we would love to hear about your children’s den tales. From Choosing the right tree, to choosing the timber, to designing the platform so its is structurally sound and won’t tear itself apart in high winds to building your dream treehouse everything is covered on this 4 week online course plus you have access to ask questions with top artist and designer David Parfitt