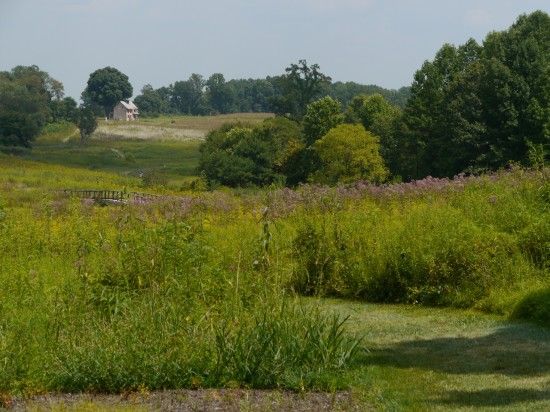 The Philadelphia Flower Show is internationally renowned as the horticultural event of the year in America.  To many it is often called the ‘Chelsea’ of the US, but this description does it little justice, its loud, it attracts huge visitor numbers and the displays are staggering in the sheer tenacity of endeavor when you consider its staged indoors and often when 3ft of snow is lying in the streets of the city.

But what of the gardens that surround this self-styled garden state, how do they stack up on an international scale of great gardens you should visit as part of your gardening education? 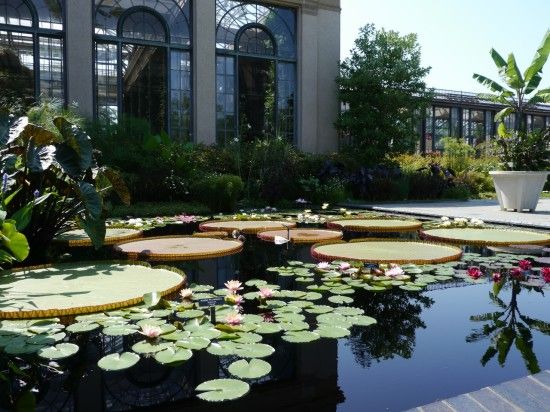 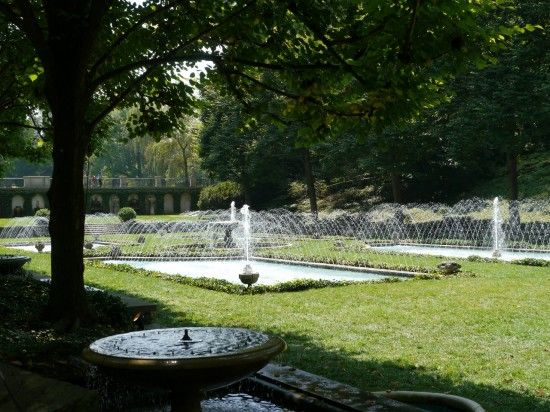 Perhaps the lasting and most immediate impression of the three states which surround Philadelphia, Pennsylvania, New Jersey and Delaware is its familiar rolling green countryside, large oaks and beech make for a setting which feels strangely English and immediately comfortable.  Small and not so small clapperboard houses with cottage gardens line the roads and litter the views, many proudly grow vegetables such as beans, pumpkins and tomatoes in their front yards alongside riots of cosmos, tall grasses and Alcea relatives.  It’s a scene, which feels homely and without the pretensions, which we English sometimes place on the ‘sense of arrival’ in our own front gardens.

Longwood Gardens is held up as a must see.  Amongst the highlights within the 1077 acres which make up the garden are the Fountain gardens, replicating something one may expect at Versailles, The Waterlily Display which we normally would gaze at in large greenhouses but in the balmy tri-states things like Victoria Amazoncia happily spend their summers in the large open water garden.

The Glasshouse itself is hugely impressive and parts date back to Longwood’s original purpose as the private pleasure ground of Pierre S. du Pont who purchased the estate in 1906, originally to preserve the fine arboretum from felling for lumber. From the mid 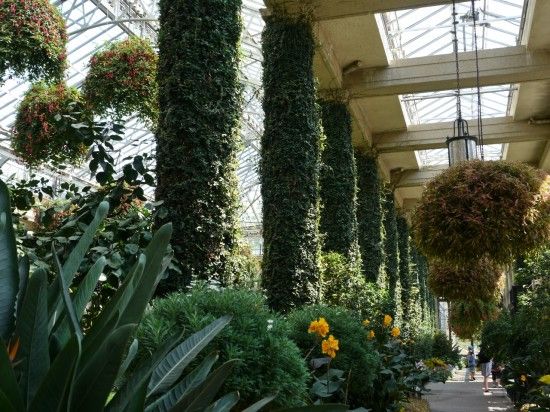 1940s du Pont actively engaged with the potential legacy of Longwood, planning its future and public access and perhaps he wouldn’t be amazed or horrified to find visitors wandering and enjoying his creation in the same way that Vita Sackville-West would most definitely be horrified to see visitors in her garden today.  Amongst education, intern, training and volunteering opportunities this impressive, immaculate and if sometimes overwhelming garden has recently opened an 86 acre meadow garden – this for me is its real triumph – American native grassland species viewed from a suspended walkway (with binoculars if you please) sweeps down to the tip of this meadow allowing you to gaze out as far as the eye can see over a vast sea of colour before depositing you at its feet with the realization that this meadow had some species which are easily 6 or 7ft high! 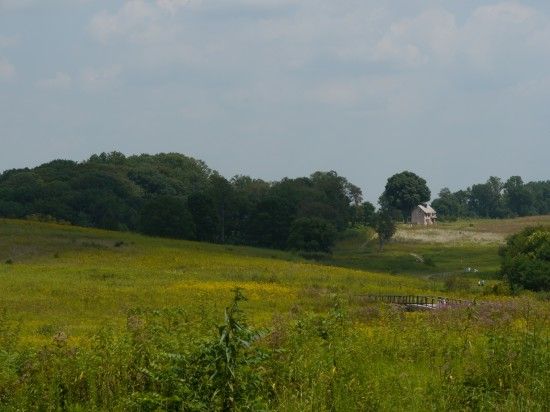 The du Pont brothers were very competitive but perhaps with different tastes so it should be no surprise that just down the road in Wilmington, Pierre’s brother created from a family estate an impressive naturalistic garden covering 60 acres and farmed 2500 acres of pristine farmland with prize winning cattle.  Welcome to Winterthur – a classical house with elements that look decidedly Italian. 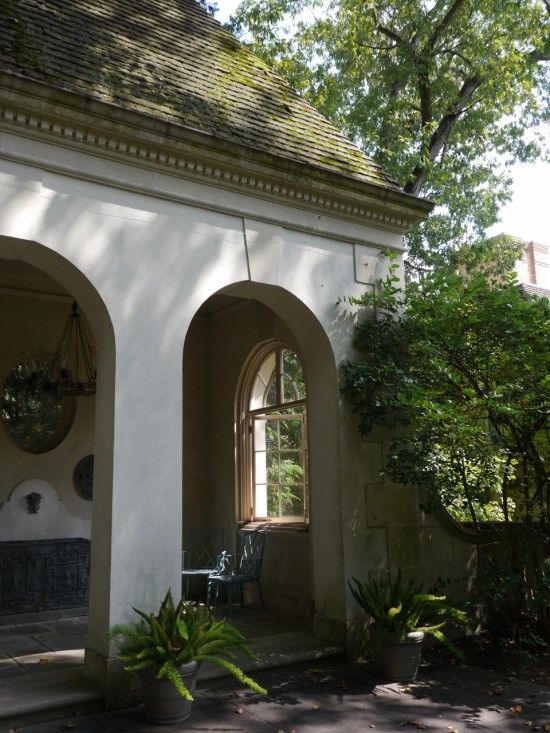 Henry Francis du Pont was a keen horticulturist and antiques collector.  The house now holds the United States premiere collection of Americana and it has been an open museum since 1951 holding some of the most important collections of fine art and furniture to be seen. 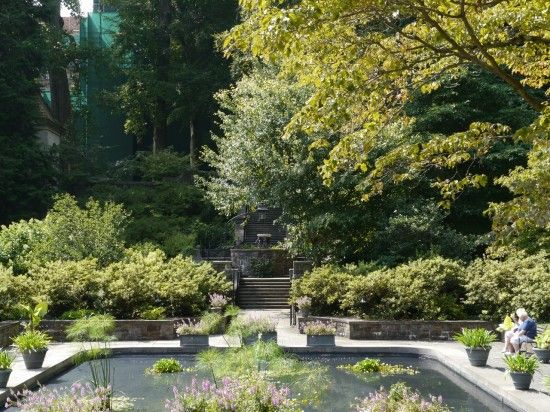 Immediately around the house are classical 19th century inspired gardens with swimming pools and colonnades, moving out greenhouses and shrubberies surround park is littered with a fascinating collection of landscape trees.  On the whole Winterthur is more modest than Longwood and definitely worth visiting for anyone with a passion for trees. 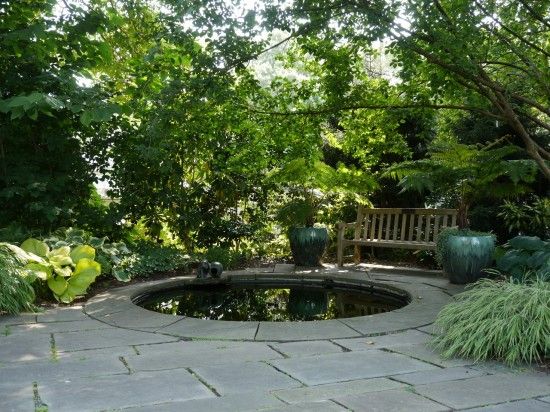 Next stop on the list was this renowned campus.  The Pennsylvania Horticultural Society award a Gold Standard to plants that perform well for gardeners in the Tri-State, very similar to the RHS Award of Garden Merit and it is here at Swarthmore that the various committees often meet.   Again around the campus buildings are different well-kept planted schemes and themed areas are laid out, some of the buildings are gothic revival and the planting looks very much like Scotney Castle.  Other areas including vast green roofs display evidence of a well thought out balance between human use and ecological balance.  Large stands of trees coupled with avenues of oak, Cryptomeria and magnolia provide green shade and proves that form does not have to follow function, beauty and aesthetic have a well earned place.  Perhaps the best-known piece of landscape work here is the natural amphitheater, which hosts graduations and other events.  Walking through it, its simplicity and cool airs belies the thought and work which went into creating this very special piece of landscape. 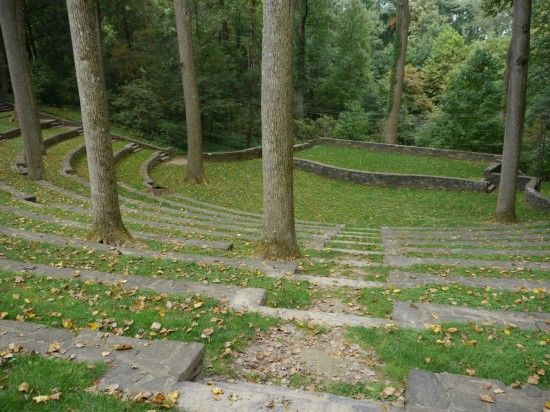 In between visiting some fascinating private gardens, some open to the public and some I’m afraid not I also saw real gardens, flowering woodland gardens under planted luxuriantly thanks to irrigation and clever use of topography, small yards which hosted plant collectors unique passions and gardens which clearly showed how weather plays such an important part in design.  Many of these gardens incorporate instinctively entertaining spaces that are shaded or capture soft breezes not to mention seasonal containers, which give a comfortable sense of arrival at doorways and entrances. 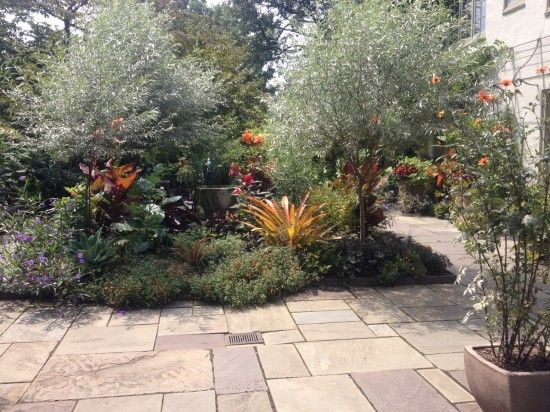 But perhaps the most memorable of the gardens, the one which whilst open to the public maintains a magical air, one which allows the visitor to feel they are in a private garden is Chanticleer.

This garden is 27 acres and nestles on the outskirts of the city.  The main house was built in 1927.  The history is fascinating and light hearted; Mr. Rosengarten named his new house and garden after the estate "Chanticlere" in Thackeray's 1855 novel The Newcomes. The fictional Chanticlere was "mortgaged up to the very castle windows" but "still the show of the county." Playing on the word, which is synonymous with "rooster," the Rosengartens went on to use the rooster motif throughout the estate. 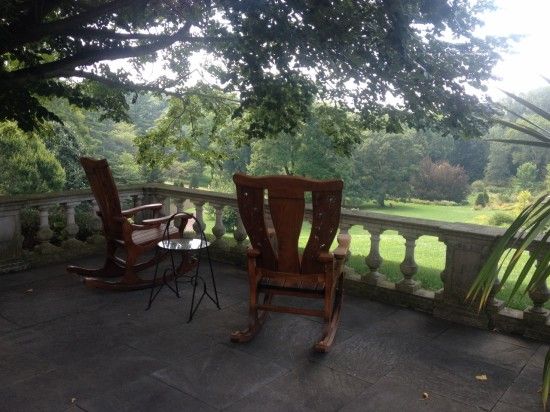 The garden enjoys a unique rolling landscape.  Open broad terraces with lush plantings give way to an informal landscape.  Hidden dells planted using Chinese and Japanese natives in turn give way to arable crops, wild meadows, potager gardens and broad shaded walks.  The Garden is magical; elements seem familiar whilst the array of plant material open to be used and leaves you breathless.

The garden and estate was left for the enjoyment and education of the public in 1990 and is now managed by a board of directors as the Chanticleer Foundation.  The garden employees 20 full time staff, 14 of which are gardeners.  Most interesting to those keen to learn about the plants and planting schemes are all of the areas are documented with plans and plant lists freely available via the gardens website to download or for $1 an area in the garden. 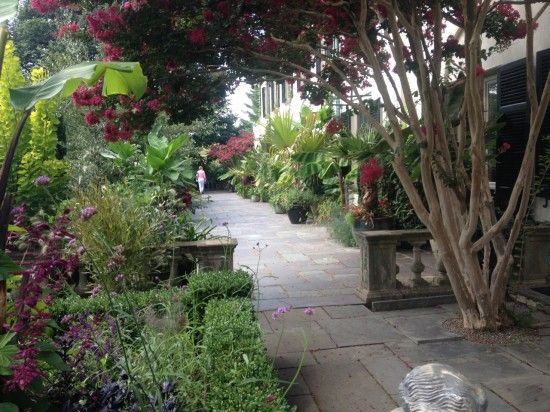 Its not just the gardens that are impressive and certainly worth visiting.  The Pennsylvania Horticultural Society amongst its many education programs, awarding its Gold medal Standard to garden worthy plants and managing its own garden Bowood, have huge forward thinking ambitions, pop-up summer gardens inhabitant vacant lots throughout Philadelphia creating opportunities for horticulture to do what it does best, transcend generations and share ideas.  Amongst the many my two favourite are the Growers Alliance, a scheme dedicated to bringing fresh produce to the city on terms that are fair for all and Plant One Million, a hugely ambitious project to plant enough trees throughout 13 counties to restore the tree canopy cover in the Greater Philadelphia region by 30% 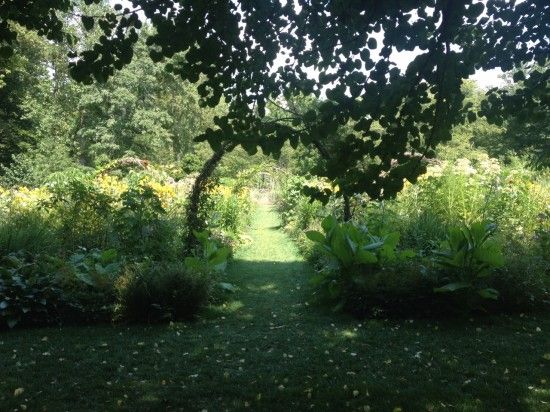 So although we can lay claim to having a style of garden which has inspired the world I find it refreshing and stimulating that out there many are doing things which can make gardeners, landscape designers, horticulturists and anyone interested in plants immensely proud of horticultural achievements both past and very present.