So this is a tricky one isn’t it.  So subjective.  And there are so many incredible gardens on our planet.  But we wanted to bring you a few of simply the most incredible gardens; the best kept secrets, the ones that you might not know about.  Since private gardens almost certainly present us with a few limitations (space, neighbours, regulations, budgets) it’s often in the public spaces that landscape designers can really go wild. So for real inspiration, don’t look next door—have the courage to be inspired by these top ten landscape designs that break all the rules and exceed all expectations of what, where, and how beauty grows.

It’s a tough call trying to even list the top ten gardens in the world (let alone get to visit them!), so please do feel free to add your own suggestions at the bottom in the comments.  We’d love to hear what you think.

Incidentally – note the unintentional similarities between these gardens?  Can you find any?  Simplicity?  A dominance of green?  Interesting.. perhaps that’s what we ultimately strive for in our perfect gardens.  Feel free to disagree..

TOP TEN GARDENS IN THE WORLD TO VISIT IN A LIFETIME

Landscape designer Evangelisto Blanco shaped this dream-like wonderland out of conifer cypress trees in the 1960s. The enchanting park beckons to the young at heart with figures like waltzing elephants, a monkey on a motorcycle, and a crowded bullfight ring. ·But it’s really these apocalypse style tree arches that really grab at the emotions.  Seeing nature formed in such a way through the mists truly transports you to another dimension in this time-defying garden. 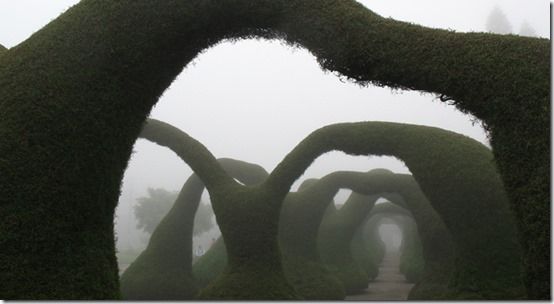 Ryoan-Ji Zen Garden, Kyoto, Japan
The Ryoan-Ji Zen temple, located in the northwestern part of Kyoto is made famous for its simplicity.  In 2002 Gert Van Tonder of Kyoto University discovered 500-year-old rock patterns suggest 'tree' to our subconscious mind. The beauty of one of Japan's most popular Zen gardens has long eluded explanation. Now neuroscientists have discovered its minimalist design suggests a pleasing picture to our subconcious. Using symmetry calculations the objects imply a tree image in the empty space. The finding suggests that Japanese garden designers - originally priests - "balanced forces from visual science," says study leader Van Tonder. Repeating the calculations with random rock groups failed to generate any similar patterns. Earlier work by Ilona Kovács, a visual scientist at Rutgers University in Piscataway, New Jersey, showed that the human brain uses similar symmetry lines, like those of a child's stick figure, to make sense of shapes. Built in the late 15th century, the temple's serene, dry garden, composed of stone and sand is considered to be a prime example of a kare-sansui, a Japanese rock garden, or zen garden, in Japan. Ryoan-ji Temple possesses what is arguably the most famous of the Buddhist Zen dry gardens—fifteen rocks arranged in a rectangle of raked white gravel. 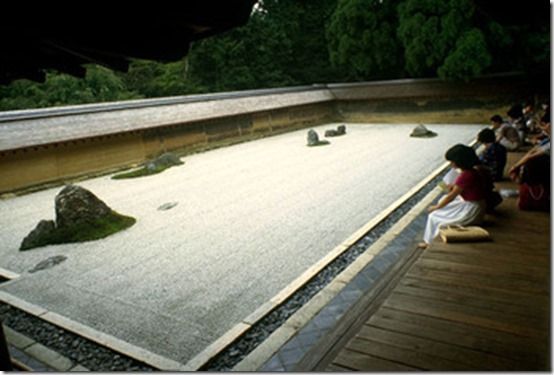 The new roof garden atop the Museum of Modern Art is an interesting concept.  Because unlike most gardens -  the garden isn’t even accessible. It was created solely as art for working Manhattanites looking down from above, this hidden roof garden plays off traditional camouflage patterns to create an incredible unique space high up in the Manhattan sky. The design started out as a translation of a Xerox copy of a pair of skateboarder’s camouflage pants. Using crushed stone, recycled glass, recycled rubber mulch, fiberglass gratings, PVC fittings, and finally, artificial boxwood plants, the synthetic garden creates urban camo on an impressive scale 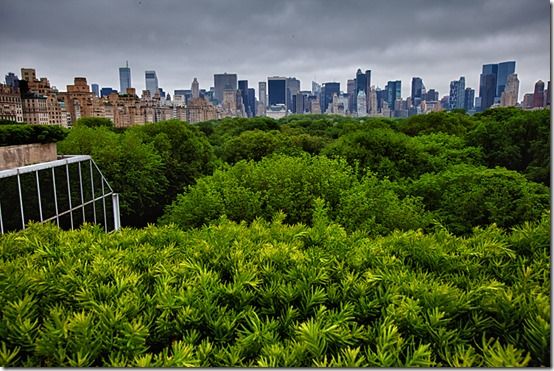 Designed by vertical garden innovator Patrick Blanc, the façade of this lovely Parisian museum features Japanese plants and irises, Helxine (a moss-like creeper with delicate foliage), and a host of other lush greenery. There’s been some scheptisim about green walls amongst the landscape design community versus the arts community (difficult to keep, impractical and other objections) – but these vertical gardens are here to stay.  And how can you not love the fact that passers by can’t help themselves but to reach out and touch this tactile breathing wall? 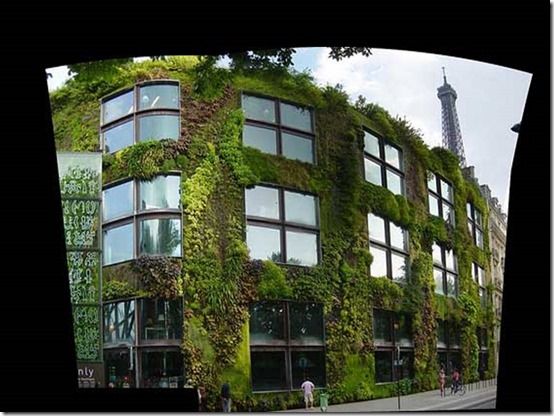 Set up on a cliff that hangs over a river, the grounds of this French Revolution-era chateau hold 150,000 boxwood trees, artfully organized to create winding pathways and labyrinths for visitors to enjoy. Viewed from above, the beautiful, rounded boxwoods have a cobblestone effect–an enchanting departure from the tailored, geometric lines of many French gardens. 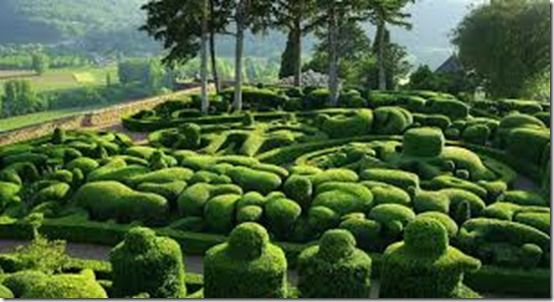 Spain has preserved at least one wonderful legacy from the Arabs—the Islamic gardens of the Alhambra at Granada. Much has been lost by actual destruction, neglects and restoration, but the spirit of the ancient civilisation is alive and unconquerable, though we have now only the shadow of its former glory. Originally the place was (like Az-Zahra) one single and complete household; very likely the park occupied the lowest terrace—that is, the narrow valley between the real Alhambra hill and Monte Mauror, which still bears the name of Almadeo de la Alhambra, or Alhambra Park. The beautiful elms that are there now were probably planted by England's  Duke of Wellington, though tradition would have it that this is a burial-place of Nebrissian kings.

Terrace-gardens climbed the slope of the Alhambra hill, and traces of them may yet be found in the “ Jardin de los Arcades.” The Renaissance gardens of Charles V. were there at one time with fine entrance and fountains.

The great Moorish castle garden stands on the broad spur of the hill. We get a picture of the old situation from the inside and from some of the courts : at the so-called Myrtle Court (Fig. 108) the original plan is very clearly shown. 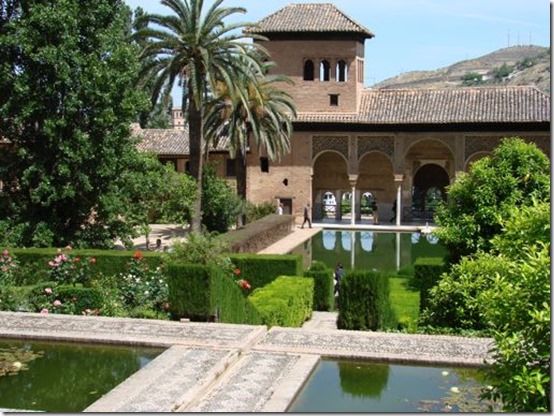 Kirstenbosch Botanical Gardens, Cape Town, South Africa
Nestled at the foot of Table Mountain in Cape Town, Kirstenbosch is one of nine National Botanical Gardens covering five of South Africa's six different biomes. This botanical wonderland is rich with vibrant, exotic plant-life, most of which can only be found in Cape Town. Visitors can stroll down paved pathways and visit the glass-topped conservatory, which is home to the enormous baobab tree. You can't get anymore ancient than Kirstenbosch — The Cycad Garden showcases a family of plants that date back some 200 million years. 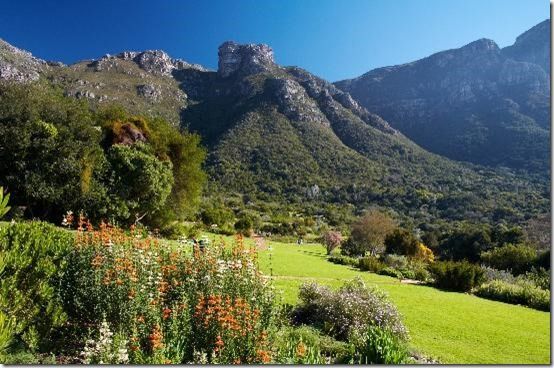 Claude Monet's Garden, Giverny, France
Giverny is the location of Claude Monet's gardens and home where he spent his last (and most creative) years cultivating his gardens and his art, and is considered the fodder for impressionism. With trellises wrapped in ivy, pathways canopied by flora, ponds blanketed by lily pads, and countless colorful, lush gardens, it's easy to see why the gardens were a muse for Monet and remain one for its visitors today. 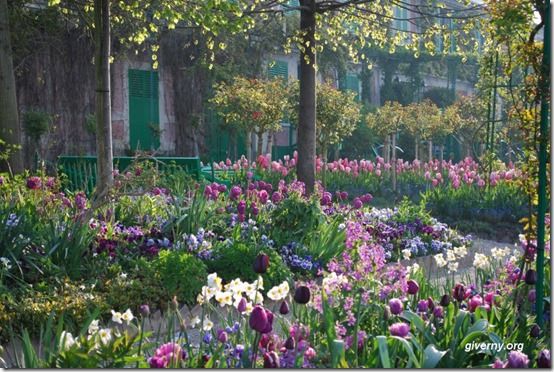 Wang Shi Yuan, China
The Garden of the Master of the Nets is the smallest of the Suzhou residential gardens, yet it is the most impressive because of its use of space which creates the illusion of an area that is much greater than its actual size. Even more than the architectural achievement is the mood of tranquility and harmony that this humble garden embodies.  It’s a classic scholar’s garden packed with incident , showing complimentary yin and yang contrasts that reward spirit and senses. 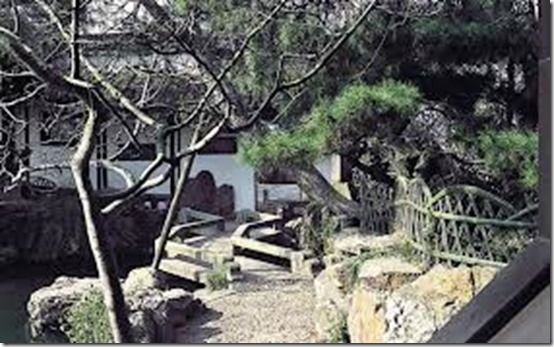 Unveiled in 1992 from under decades of overgrowth, the Lost Gardens were restored on a shoestring budget and hailed by The Times as "...the garden restoration of the century". Today the mysterious gardens and estate offer over 200 acres for exploration.

Discover romantic Victorian Productive Gardens and Pleasure Grounds along winding paths laid out over two centuries ago. Step back in time and journey across the world beneath the historic rhododendron boughs of Sikkim, beside Maori-carved tree ferns in New Zealand, to explore the Italian Garden and Alpine inspired Ravine