Choosing the right plants to grow under trees is essential if you are going to achieve a successful planting scheme. Deciduous trees steal lots of light and water from the time the leaves unfurl in spring until they eventually fall. Coniferous trees such as pines are even more tricky creating dry shade throughout the year and ground packed with fibrous roots and fallen needles. Most gardeners find the growing conditions under trees challenging, usually because they choose the wrong plants and fail to give newly planted subjects sufficient support. 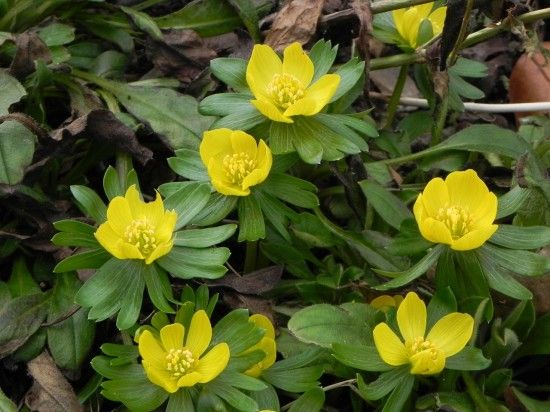 The best growing conditions are likely to be between the trunk of the tree and the drip line; this is the line around the tree which represents the extent of the branches. This is usually where the roots are most active and where they take most water and nutrients from. Of course this moves outwards as the tree grows but already established plants can fight their corner.  Planting under established trees means fighting your way through the roots with a sharp spade and finding pockets where you can plant. When you do. Add lots of organic matter, slow release fertiliser and water thoroughly. 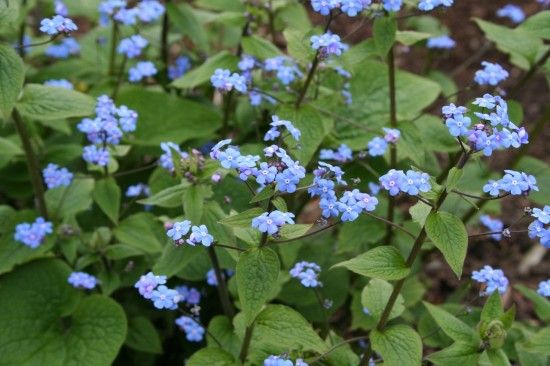 Whether you are planting herbaceous perennials or shrubs you will have most success with average sized plants (2 or 3 litre UK, half gallon US). Small plants are more vulnerable. Whatever you plant water it in thoroughly and keep watering through the first growing season to get it established.

As for choice of plants think of subjects that grow naturally in these conditions. Flowering shrubs rarely work and there is insufficient light and water for most border perennials.  Evergreen foliage shrubs are your first stop, also bulbs and woodland perennials that are well adapted to these conditions.  Don’t be disappointed with the choice. Some very effective planting combinations can be put together with plants that grow under trees. 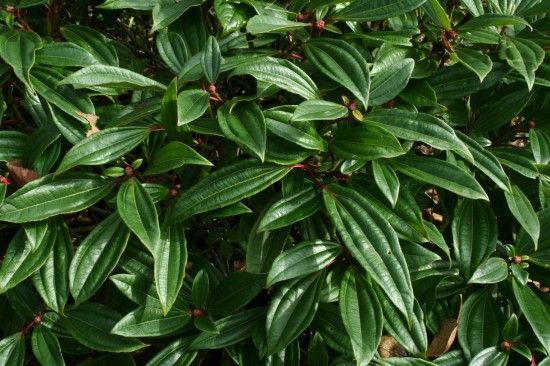 Plants with glossy evergreen leaves work well. Although dark green leaves may sound dull’ shiny ones reflect the light and they make good planting partners with variegated plants. Viburnum davidii always works with its bold, architectural leaves on red leaf stalks. It forms a rounded mound and a group of three or five, planted one metre apart is very effective.  I like it planted with Sarcococca confuse, Christmas box. I recommend this plant so often because it is easy to grow on any soil and thrives in shade.  Its tiny fragrant flowers in late winter are a delight. It may be the same colour as the viburnum but the two work together well. 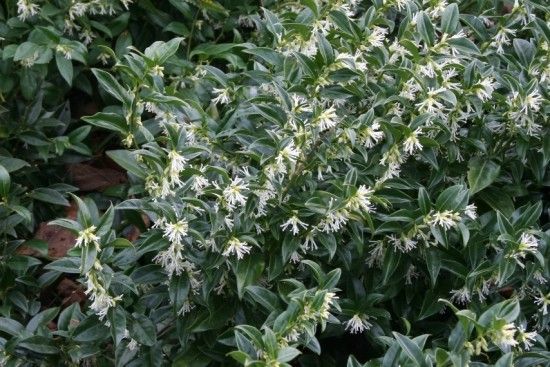 I would add a variegated Euonymus fortunei to this combination. You could go green and gold. Personally I choose the cream and green ‘Silver Queen’ which makes a sprawling shrub up to a metre in height if you let it. It will brighten the darkest of corners and may climb up the trunk of a mature tree given time bringing the colour to eye level. 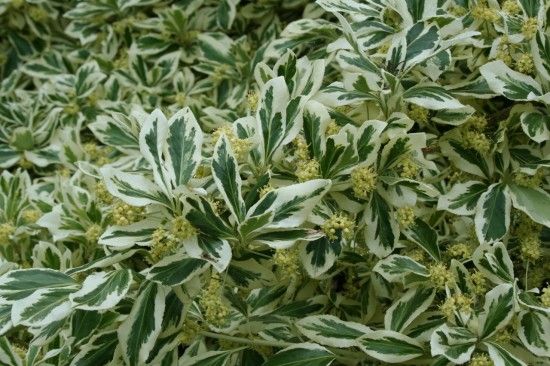 If you can find it the variegated form of x Fatshedera lizei is another striking plant that will sprawl and climb.  It is an intergeneric hybrid of fatsia and hedera and has characteristics of both. Evergreen and shade loving it deserves wider use. It is a good alternative as a short evergreen climber for all gardeners that are phobic about planting ivies. 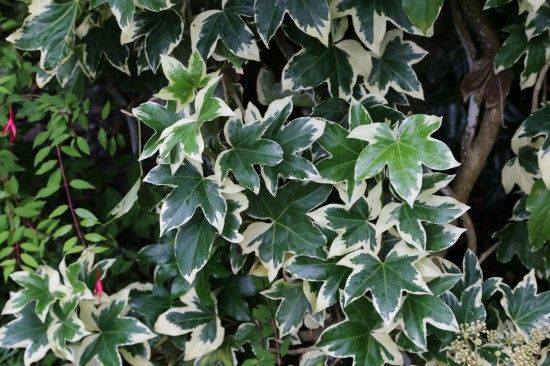 The spotted laurels, varieties of Aucuba japonica are another group of evergreen shrubs that are shunned by some.  These have bold, evergreen leaves and grow well in shade. I find the variegated and spotted forms can suffer in very dry conditions. However if there is reasonable moisture I’ve had great success with the plain green leaved Aucuba japonica ‘Rozannie’. This is a female form which has the benefit of large red berries in showy clusters. 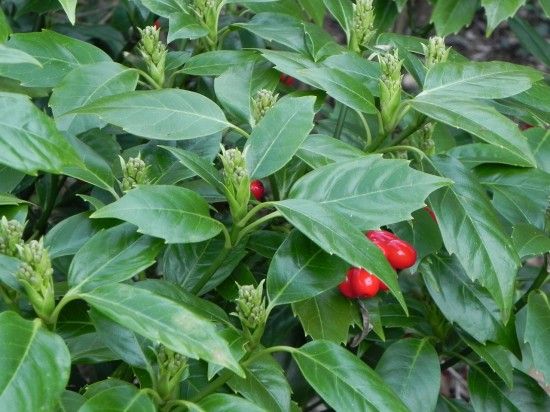 If you want to plant lower-growing subjects which will literally carpet the ground, then the small leaved ivies, varieties of Hedera helix work well. Also vinca, periwinkle, which, like the ivy, can provide plain green or variegated foliage. Pachysandra with whorls of green or white and green leaves and the dark green creeping Cotoneaster dammeri. These can be livened up with the seasonal interest of flowerbulbs. Cyclamen hederfolium is at home in this environment and even seems to cope with being partially smothered with its planting partner. Specie crocus and dwarf narcissi both work as does the blue-flowered Chionodoxa forbesii, Glory of the Snow. 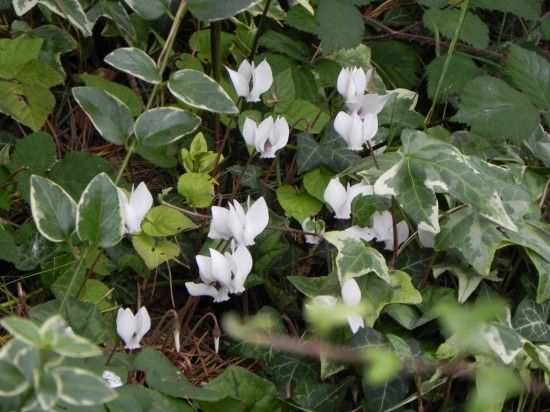 Asarum is a ground cover perennial which is seldom seen. Asarum europaeum has plain green, shining, rounded leaves on short flesh stems.  Asarum splendens is worth looking out for. Its leaves resemble those of a cyclamen, dark green and intricately marbled. Plant it where you can look down on the fascinating carpe it creates. I would like to see this with hellebores and the pagoda flowers of erythroniums.  All of these subjects grow well in the humus rich soil under lighter deciduous trees where there is adequate moisture. 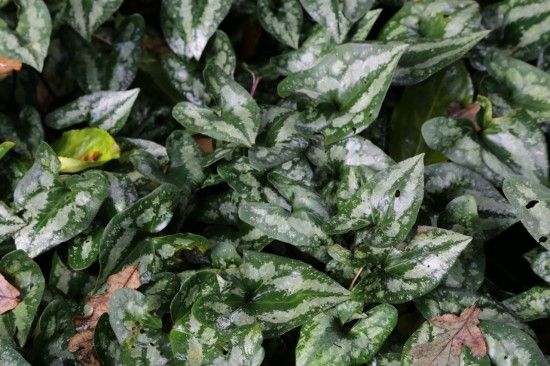 The lungworts, pulmonarias are often grown in similar situations. With blue, pink or white early spring flowers they have the benefit of attractive foliage for some of the season. In dry conditions the foliage has a tendency to wilt and succumb to mildew from mid-year. Brunnera macrophylla is a good alternative and one which will often naturalise and seed. Tiny forget-me-not flowers of the brightest blue are carried on finely branched stems over heart-shaped tough green leaves. Try it along with vincas or small-leaved hederas for a light and pretty effect. 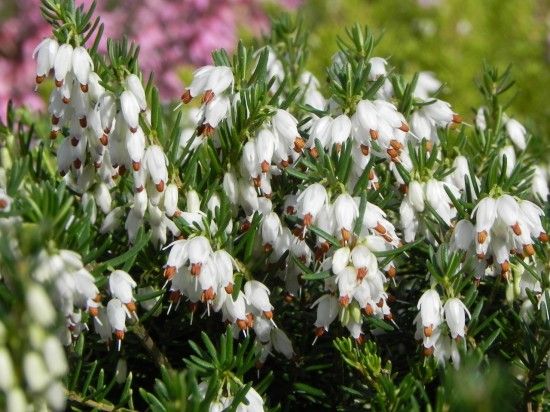 Finally don’t forget about the heathers. The winter flowering Erica carnea and Erica x darleyensis grow well under the light canopy of trees like birch and mountain ash.  They also have the advantage of growing on acid or alkaline soils. Clip them after flowering and they form low, attractive cushions wich give a welcome show of flowers in late winter and early spring.