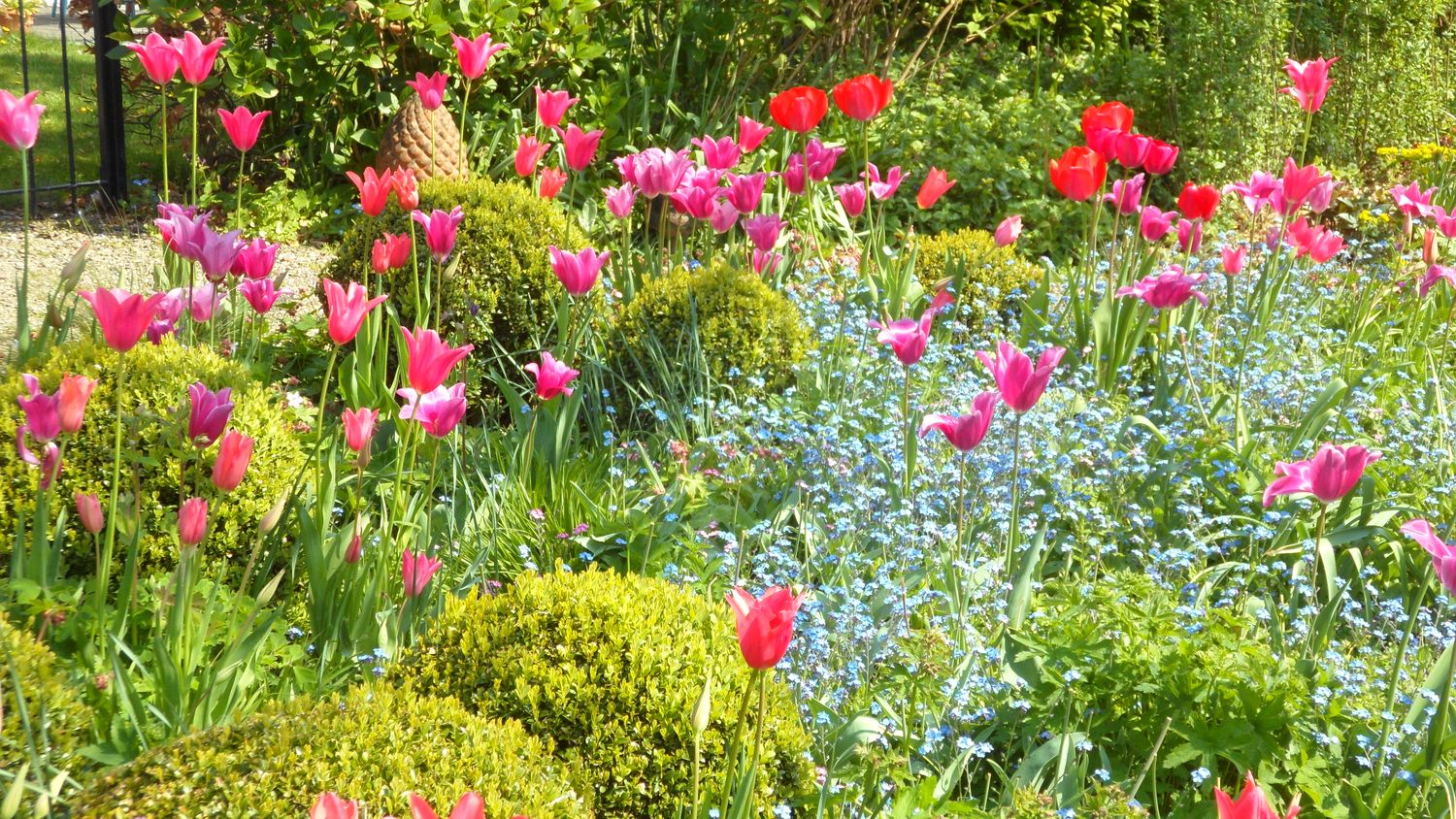 Longevity is a kind of sustainability, and that may be one reason van der Kloet’s designs have caught on. Jacqueline has had commissions around the world, including a ten-acre renovation of beds at Holland’s Keukenhof, one of the largest ­public flower gardens in the world. The projects she’s done in the United States have met with resounding success. Van der Kloet collaborated with Oudolf again in Chicago’s Millennium Park in 2007, followed by a stint at the New York Botanical Garden’s Seasonal Walk, in 2008. TV host and author Martha Stewart unveiled her at her New York, home, which includes 116,000 bulbs, all in shades of blue and distributed by van der Kloet’s signature “sprinkling,” which means handfuls of bulbs are lovingly tossed onto the ground, to be planted where they fall.

Botanically speaking, ‘bulbs’ is a collective name which tubers, corms and rhizomes alongside tulips and narcissi. This course covers how to plant spring flowering bulbs in the naturalistic style used by Van der Kloet and Oudolf: bulbs that are planted in autumn, go through a cold period in winter and start to flower in spring. The first lesson features all kinds of other spring flowering bulbs (except tulips) which can cheer up our gardens, from early to late spring, like snow drops, grape hyacinths and ornamental onions, to name a few.

I'm perhaps best known for my collaboration with the famous planting designer Piet Oudolf. My expertise is bulbous plants, experimenting in my own garden, the Theetuin (“tea garden”), which was established at Weesp near Amsterdam some 30 years ago. I source plants in New Zealand, Australia, Japan, South Africa, China, the United States, Oman and “most Western European countries,” observing plant communities in the wild with a view to replicating them at home as part of my naturalistic designs.

A late starter, I “fell into plants” at the age of 28, soon after qualifying as a garden designer I travelled to China and was amazed to see the likes of Nandina domestica (the heavenly bamboo) and also the camphor tree, Cinnamomum camphora, growing both wild and as a street tree. I have been to the USA and China many times, but nothing inspires me as much as the spring mountain meadows, which always blow me away. It has something to do with the 'natural style’ that I love so much.

My first love was perennials. It gave me so much joy discovering which ones would be suitable for the different parts of the garden, which is mainly on clay soil, so quite moist, but with some drier areas. But then after six or seven years I discovered’ spring-flowering bulbs and the possibility of mixing them with other plantings. In the past few years annuals and summer-flowering bulbs have become favourites. I find those four groups of plants so inspiring and I like to test all kinds of combinations.

I'm excited to be able to reach out to you wherever you are in the world, and share my knowledge and passion through these online horticulture and garden design courses at Learning with Experts. Piet Oudolf and I continue to collaborate on bulb plantings all over the world and update our work here accordingly. I look forward to seeing you in the classroom.