Understanding the concept behind Black & White Photography Filters will really help your black and white photography. 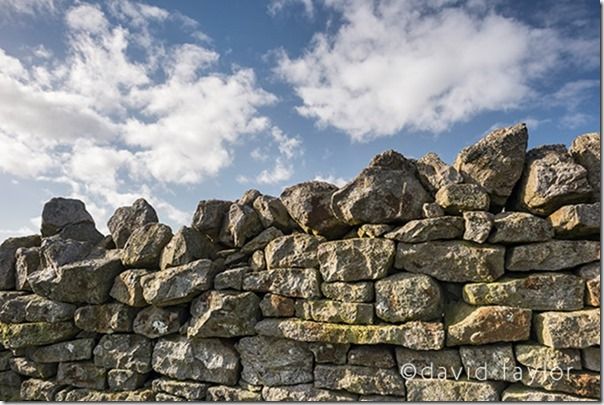 Rock, green grass and blue sky (approximately 90° from the sun) are all good examples of subjects with an average reflectivity.

A photographic image is formed by light. This is either light emitted directly by a light source (such as a candle flame) or light that has been reflected by objects in the scene being photographed. Whether you’ve realised it or not it’s generally reflected light that you use to make photos (unless you have a yen for taking pictures of light bulbs that is…).

Different objects have different levels of reflectivity. My mouse mat is black and so does not reflect much light at all. My mouse on the other hand is a brilliant white and so reflects far more light. Somewhere in-between would be something that had a mid-grey surface. Mid-grey is a sort of Goldilocks type of surface.

Not too hot, not too cold. If you were to take a correctly exposed photo of a mid-grey surface you’d see a peak in the middle of the image’s histogram. It’s easy to achieve the correct exposure with a mid-grey surface too. Camera meters work on the principle that the scene being measured has an average reflectivity (if the scene isn’t averagely reflective the results are either under- or overexposure).

You can buy grey cards that you can meter from if you’re dealing with a scene that isn’t averagely reflective (they’re also known as 18% cards because they reflect 18% of the light that falls on them). 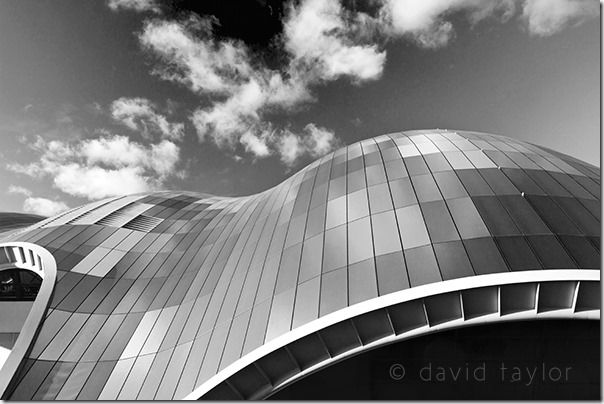 Yellow, orange and red filters are often used to darken the blue of skies in landscape shots. Yellow has the least effect, red the greatest.

When you create a black & white image the brightness of the tones in the image are determined by how much light is reflected by the objects in the scene. However, we come to a slight snag. Generally we don’t photography scenes that are monochrome beforehand.

We photograph colour scenes that are converted to shades of grey. In a colour scene there is a big difference between (for example) a red apple and a green apple. However, simply convert those two apples to black & white and they will be the same shade of grey. This is because both apples have similar levels of reflectivity. 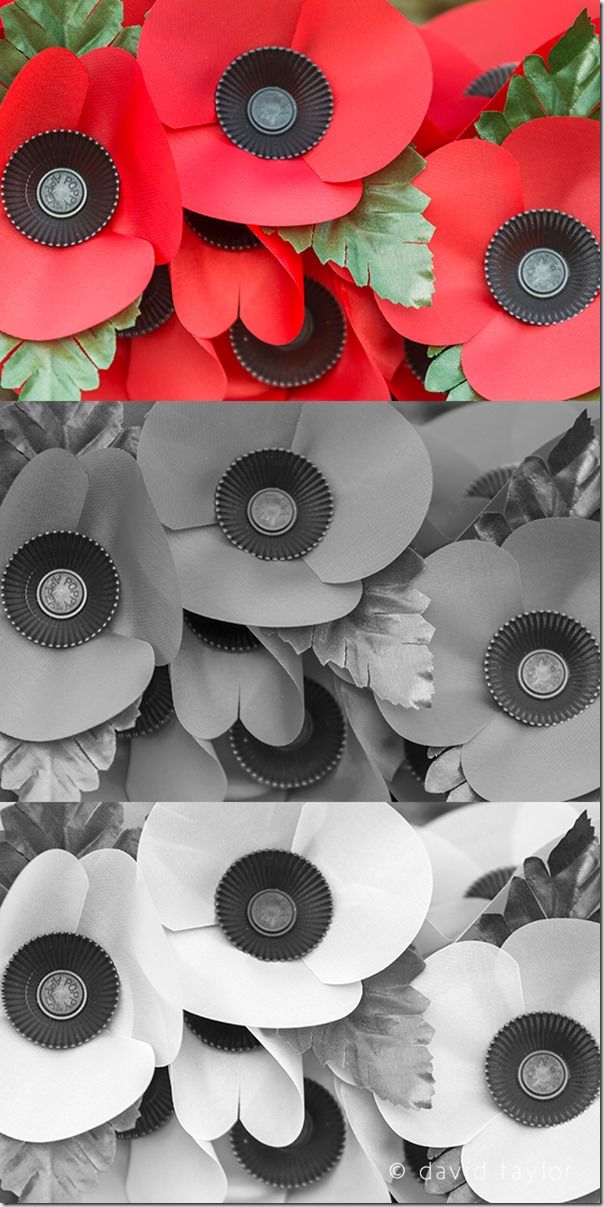 The poppies in the colour image stand out from the surrounding green leaves (top). Simply desaturate the image and the tonal range of the two is similar (middle). Simulate the use of a red filter and the red of the poppies is lightened and the green of the leaves darkened (bottom).

What’s needed is a way to separate colours tonally during the conversion process. This is when coloured filters are used. A coloured filter lets through wavelengths of light similar in colour to itself and blocks or reduces the strength of those that are dissimilar. Let’s go back to those apples. I first shoot a black & white image of the two apples with a red filter.

The red filter blocks some of the green light reflected by the green apple making it appear darker. However, the red apple appears lighter. Shoot the apples with a green filter and the reverse is true.

I have a confession to make at this point. Although I like black & white photography I no longer use coloured filters. Instead my black & white conversions are achieved in postproduction (as I shoot Raw I always shoot in colour). Fortunately, my postproduction software allows me simulate the use of coloured filters. In fact the available tools allow my far more control than physical filters ever could.

So, although it’s fun to be retro sometimes a 21st century solution is preferable. That said there’s nothing like getting things right in-camera. If you shoot Jpeg images coloured filters could be just the thing to add drama to your black & white shots.