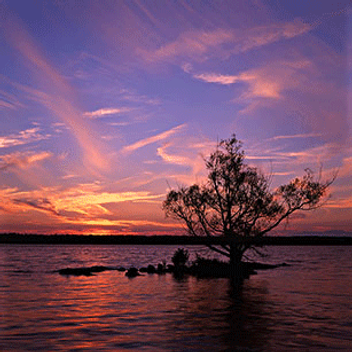 In last weeks blog I talked about breaking the rules.  In this weeks article, let’s talk about sticking to them.

Most images are required to have some sort of focal point. This not only allows the viewer’s eye to be drawn to it, but it also helps give the picture a sense of scale. Where this object or objects are placed, is equally important, as this will determine if the picture appears to be visually balanced.

Frankly based on the number of  photographic rules and compositional laws, it’s amazing anyone ever takes a good photo! But when it comes down to it, these rules are not that complicated and very quickly, they can become second nature.

The Rule of Thirds

The Rule of Thirds was first recorded in the 18th century as a compositional device to describe the balance of light and dark in paintings.  It was later modified and expanded upon to suggest that the intersections of the third-lines of the frame, are particularly strong or interesting for composition.

By imagining two vertical lines and two horizontal lines in the viewfinder, so a grid is formed which can then be used to help create a compositional balance. By placing the focal point on either one of the four intersection point on the grid, you are supposed to create a more balanced and harmonious composition.

One interesting point not commonly described, is that because most of us scan a picture from left to right, so it works better if the focal point is in the part of the picture we view last, so our eyes have time to settle on it, having scanned the rest of the image.

One of the most common mistakes new photographers make, is to place the focal point in the centre of the photograph. This creates a very static ‘bulls-eye’ type composition which unless intentional, should be avoided.

As you see in the above image, the rock stack is placed centrally in the first image and to the left in the second.

The grid can also be used in the positioning of the horizon. If you make an image with the horizon in the centre of the frame you divide the picture in half with sky above and the landscape below. If you intentionally wish to make a picture in this way for example when photography reflections in water, it can work very well but generally a 50/50 split looks static and dull.

A slight tip up or down will shift the balance of the image. Tilt the camera down and it will emphasis the foreground and landscape beyond. tilt it up and you will focus the image on an interesting sky or sunset.  in extreme cases you can show just a tiny slither of sky or land at the top or bottom of the frame but in most cases the balance looks best when the horizon follows one of the grid lines.

Use the top grid line to emphasis the landscape and the bottom grid line to emphasis the sky.  Another less common, but equally useful fact is that the rule of thirds can be applied  to direct attention towards a distant object or focal point in a frame. For example a church tower set amongst a village location.  the tower although small has a prominent position so placing the steeple on an intersection will give it visual priority. 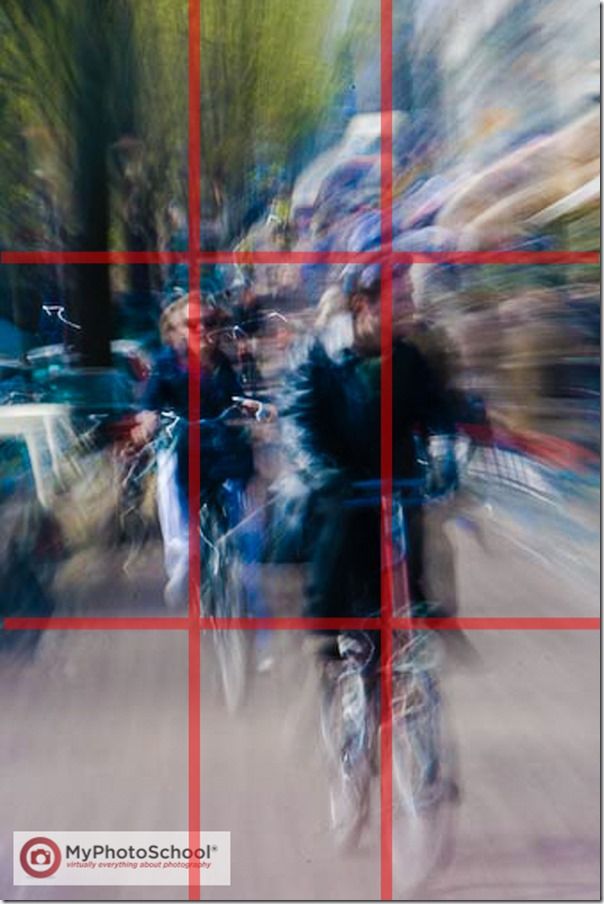 Another use is for leading the eye through an image especially one which is visually confusing such as the zoom burst effect of the two cyclists. You eye first goes to the male cyclist on the left and is then carried through the image to the female cyclist behind.  The grid line help to differentiate the cyclists from the busy background while still giving the image a sense of balance.

You can used the Rule of thirds to understand any subject –Portraiture Still Life, Wildlife photography, Architecture, and so on as well as landscape. This week go out and shoot an image that sticks to the rules.

Find a landscape, go into town and shoot street photography, photography your children, pets or wildlife

· Place your subject on one of the 4 intersection

· Position you focal point on one of the grid lines