Always wanted to own a samurai sword? It might not be as expensive as you think and there is a lot of good advice out there...

Of all Asian antiques to collect, the samurai sword is arguably the most terrifying and captivating. Before Jesuit missionaries helped introduce guns into Japan in the 16th century, the sword was the ultimate weapon of the samurai warrior class. They were able to dissect a man (or sometimes several) with ease, owing to their unique combination of sharpness, lightness and toughness. While samurai swords are highly effective at killing, they are also works of art, put together with immense skill and religious attention to detail by generation after generation of sword-smiths. Not only is a classically made Japanese sword an exquisitely made object in its own right, equipped with beautiful fittings or 'furniture,' it gives a unique insight into the nation's history and aesthetics. 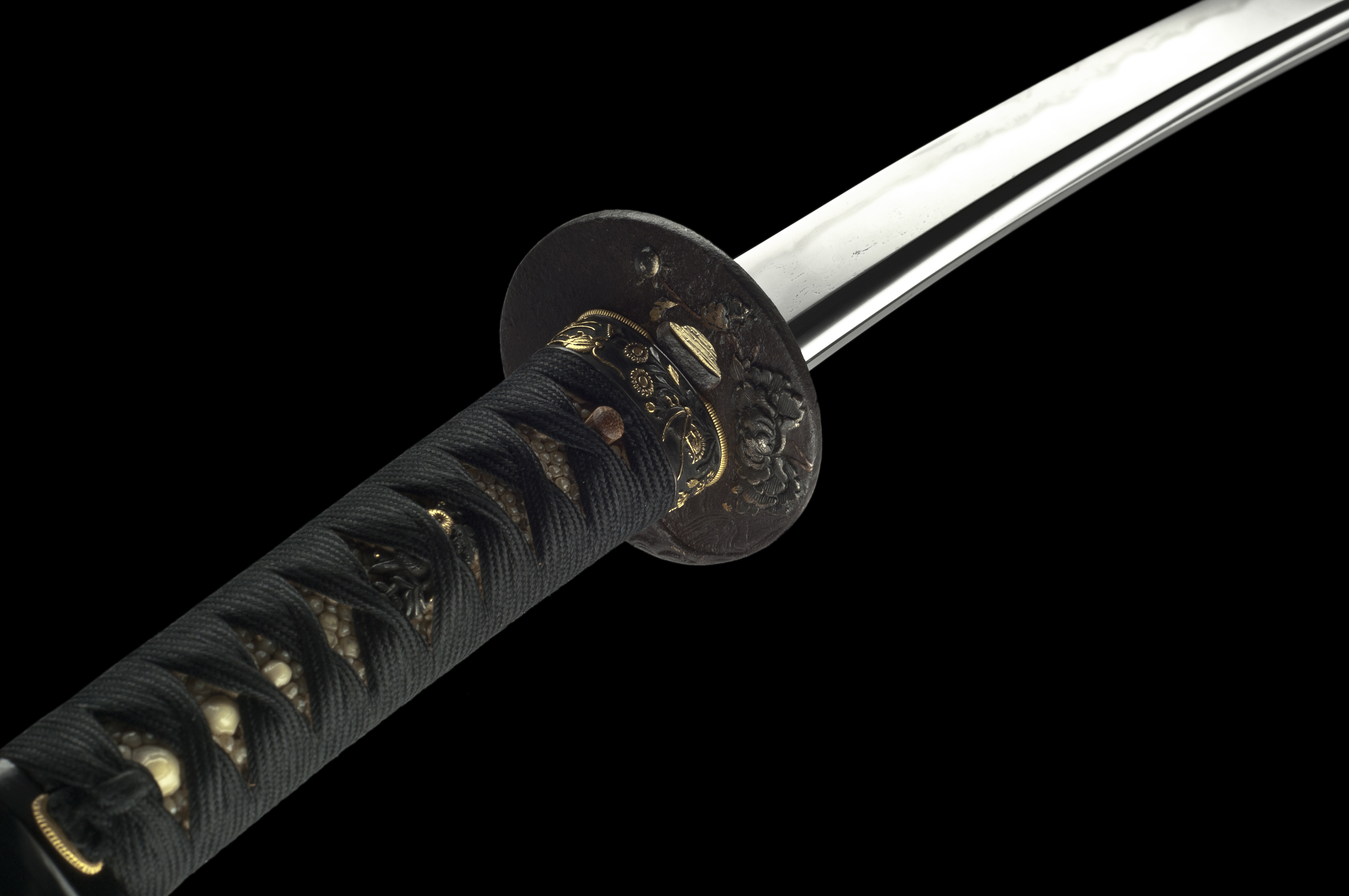 As well as the blade itself, the tsuka (handle) and tsuba (hand guard) are often beautifully crafted and decorated

When it comes to collecting swords, it is best to seek the advice of experts first – and it's a lot easier and cheaper than you'd think. It's depressingly common for the uninitiated to get ripped off and there are lot of fake blades being sold online. It is also useful to know a bit of background. While the word 'katana' has become synonymous with the Japanese sword or nihonto, the katana is just one type of blade. From the Heian period (794-1185) through to the Kamakura period (1185-1333), the sword of choice for samurai was the tachi, a long curved weapon usually wielded on horseback. Given the experience of fighting well-armoured Mongol and Chinese invaders, however, a shorter curved blade called a katana became more popular from the 14th century. During the Edo period (1603-1867), with Japan at peace under the Tokugawa shoguns, the samurai warrior class wore the now-standardised katana as a badge of rank, along with a shorter blade called a wakizashi.

A prized Muramasa blade, amongst the rarest and most valued samurai swords

The best examples of tachi, katana and wakizashi are bought and sold for impressive sums. Christies New York sold a 13th century blade for $418,000 in 1992. As well as the quality of the sword, the sword's maker and provenance has a huge influence on its value. The holy grail for many collectors is a blade made by a sword-smith genius called Muramasa. Many Muramasa swords were destroyed by the Tokugawa shoguns, who believed they brought bad luck to their dynasty, so surviving examples are extremely valuable. 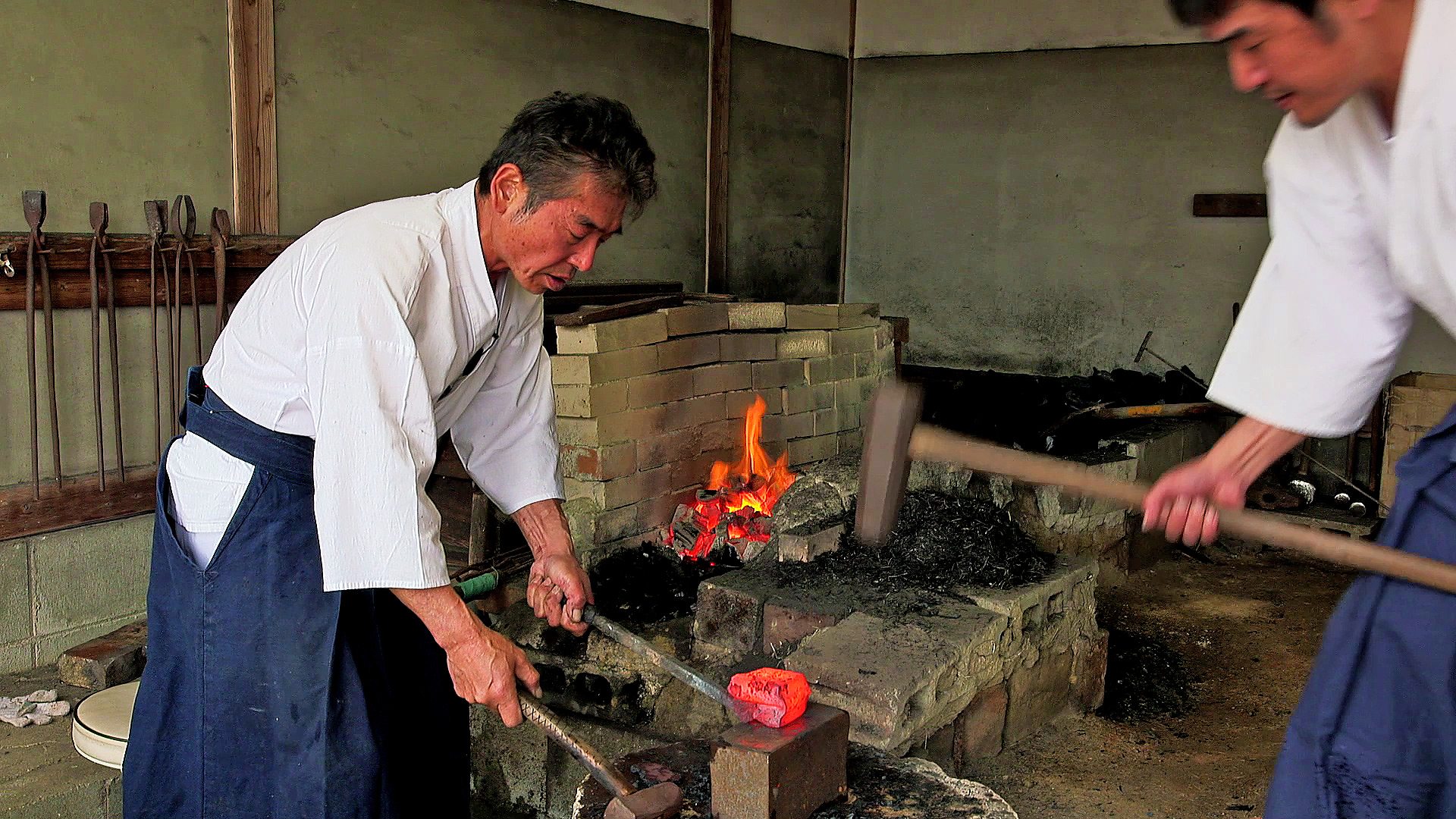 The Komiya sword-smith family at work, as featured in the recent BBC documentary on traditional sword making

Back in the 1980s, the price of samurai swords shot up as the Japanese economy boomed and many blades returned to their homeland, but you can still find many good examples outside of Japan (numerous blades were brought back by Allied servicemen after the war). In terms of getting buying advice on a sword that catches your eye, a great place to start is the To-ken Society of Great Britain, a non-profit making organisation dedicated to the study and preservation of Japanese swords. The society don't endorse or favour any dealers, restorers or agents so the advice is objective, and its members are very happy to advise on a sword. When it comes to prices, Ian Chapman of the To-Ken Society reckons an Edo period sword of half-decent quantity costs about £6000, which would include quality fittings and papers of authenticity, while a solid investment piece is about £10,000. “The sky is the limit from there,” he says. A £10k sword should come with very nice sword furniture, such as the saya and tsuba hand guard, and papers of authentication.”