I am constantly being asked about deer resistant plants. As beautiful as they are, deer can wreak havoc in gardens by demolishing the new growth of trees and shrubs and damaging the bark and stems by rubbing.

I prefer to use the term deer resistant, rather than deer proof, because tastes vary from individual to individual. A species that is shunned by the majority may be enjoyed by some.

In other cases deer will have a go to see if they like a plant, demolishing it before they write it off as unpalatable.

Rather than producing lengthy lists (other recommendations are in my previous post http://www.my-garden-school.com/deer-in-the-garden-deer-proof-plants-rabbit-resistant-too/ 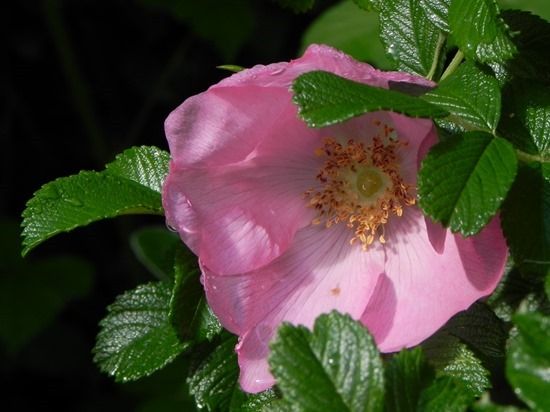 Deer love roses, and it really is not worth growing them if you have a deer problem. However Rosa rugosa varieties are largely resistant. The prickly stems and pleated apple green leaves are not appealing, and the buds seem to escape to bloom and produce those tomato like hips. The added bonus is that Rosa rugosa is disease free and grows on that light sandy soil other roses hate. 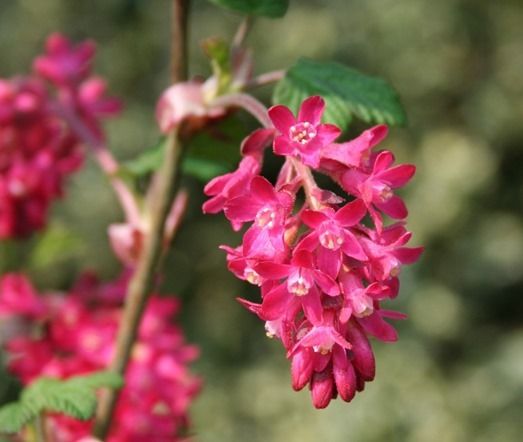 The flowering currant has strongly aromatic foliage and tough foliage. It blooms early and the flowers and buds also have that strong blackcurrant smell. It is a tough easy shrub to grow and there are shades of red, pink and white to make the choice more appealing. Grows on any soil, in sun or semi-shade. 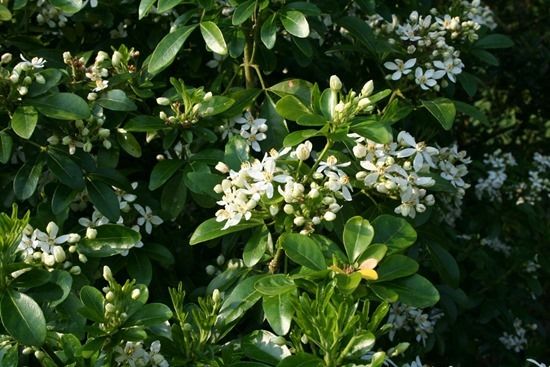 The Mexican orange is a member of the rue family, closely related to lemon and other citrus. The evergreen leaves are pungently aromatic to the extent that some people find them unappealing. Deer leave it well alone and don’t even nibble the buds and flowers that appear in spring and again in autumn. Good on any well-drained soil in sun or part shade. 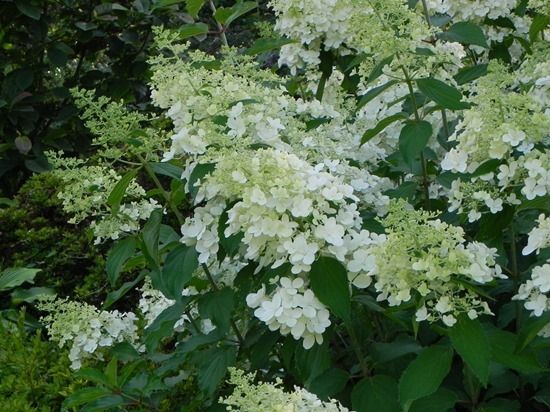 Most hydrangeas are deer resistant, and there are plenty to choose from. I would choose one of the varieties of Hydrangea paniculata for its lilac-like flowerheads that appear in late summer and autumn. It is cut back hard in late winter every year to promote vigorous shoots which flower at the tips. Good under the light shade of trees on most soils. If it does get “pruned” by deer it recovers easily. 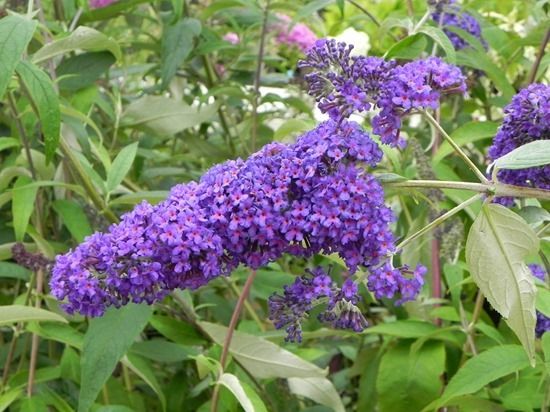 Butterfly bush is one of the most insect friendly plants with its long sprays of tiny scented blooms in late summer which are butterfly magnets. When deer are at their most active in spring and early summer buddleja is woody and unappealing with felty foliage and no nice juicy shoots. Cut back hard in late winter and grow on poor soil for best results. 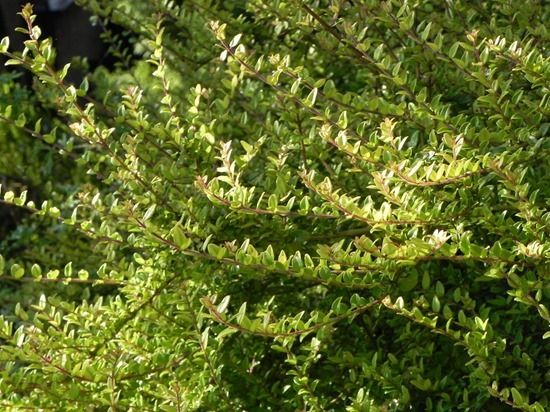 Small- leaved basic evergreen shrubs that are good for hedging and for adding lighter, airy character to shaded foliage plantings. ‘Baggessen’s Gold’ is the most popular with light sprays of tiny golden leaves, lime in shade. Grows on any soil and very useful even if it sounds a bit boring. 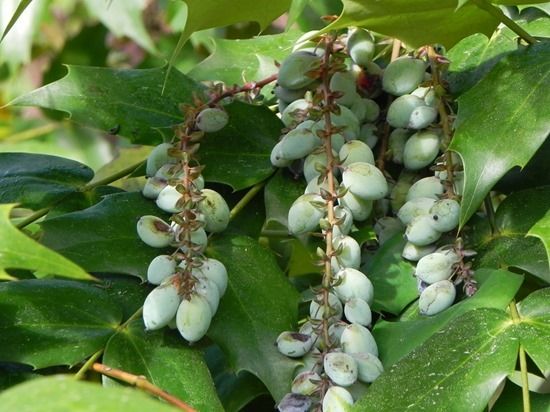 It is hardly surprising that deer do not find the tough, holly-like leaves of mahonia appealing to eat. Some are tougher than others but they are largely left alone, unless the deer are particularly ravenous. 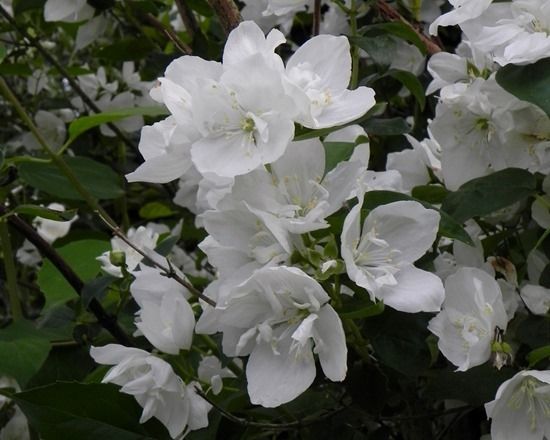 I have known deer to nibble the new shoots of the mock orange at times; but I would still plant it where deer are around because once it gets going they should leave it alone. Summer flowering, white and deliciously fragrant it is worth the effort. 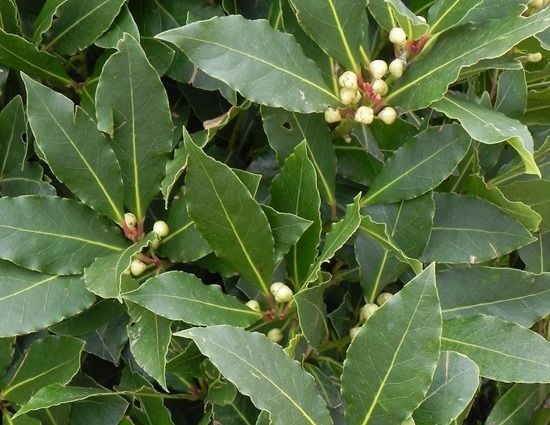 Sweet bay has strongly aromatic leaves which we find appealing but deer do not. My neighbours have a major deer problem (we are fenced) and the large bay in their garden goes untouched by their grazing visitors. A great choice as a structural evergreen of for pots bay likes a sunny, sheltered spot. Try the golden-leaved form for winter interest too. 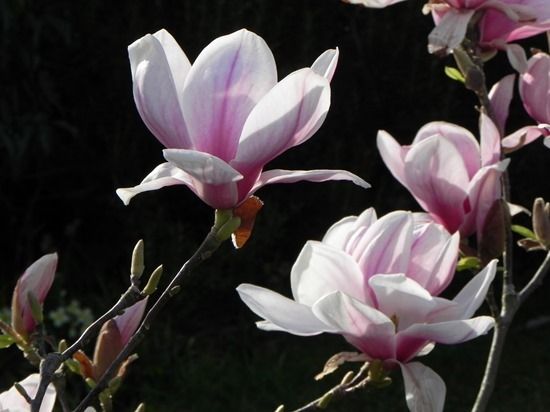 The familiar tulip magnolia is a large shrub or spreading tree with glorious waxy blooms in spring. Although the flowers can be susceptible to frost damage few shrubs create such a spectacle. Magnolia x soulangeana prefers neutral to acid soil (I’ve seen it growing happily on alkaline). It does not like shallow chalk and it loves clay. Deer may be curious but they leave it alone.

Always protect any newly planted trees and shrubs with suitable mesh for several months after planting. Deer are nosy creatures that check out new plants to see if they are worth eating. They are likely to damage any newly planted subjects, deer resistant or not.