Why have so many of these beautiful glass forests, both private and commercial, been forgotten by us? Perhaps in a mass-producing world it’s naïve of me to be asking. And as one photographer from my endless search points out about the fate of the abandoned greenhouse: “once left to rot, it might not be doing much “rotting” as it is growing”.

Let us dip our toes into the compendium of documented abandoned greenhouses of the world, thanks to all the photographers out there that share a curious fascination for these forgotten glass forests…

This castle is far from abandoned although it sure looks like it. At the back a german shepard awaits you with bare teeth, we also met the gardener and the ‘baron’. This place is straight from a fairytale and you start to believe in elves and fairies right away. (Photographed by Martino Zegwaard) 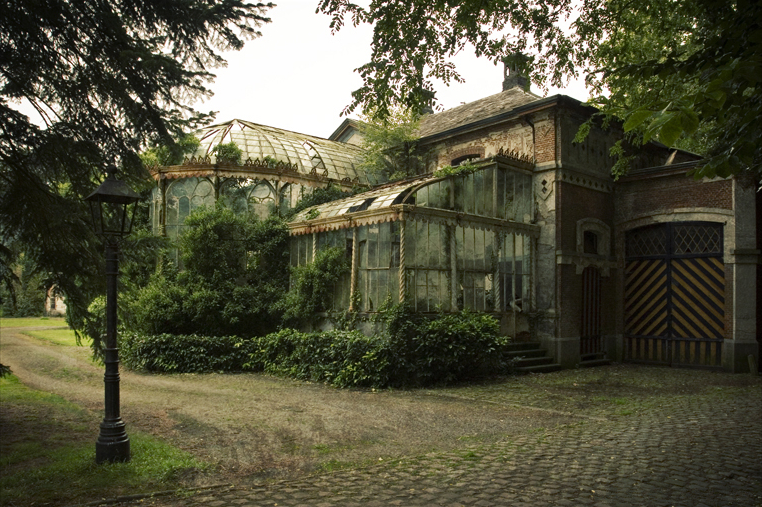 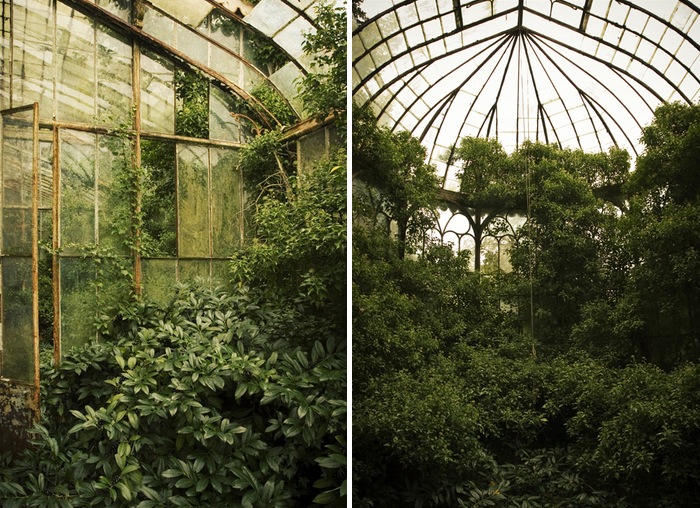 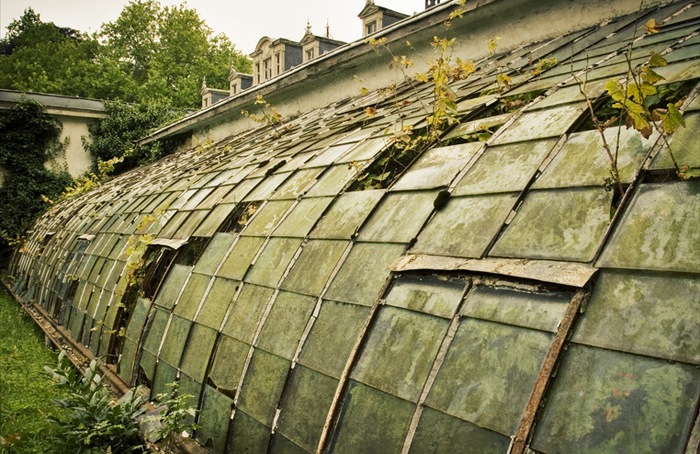 “These agaves are giant, they’re doing amazingly well, since the greenhouse is abandoned for years”. (Photographed by Liesje in Frederiksoord, a town in the Dutch province of Drench) 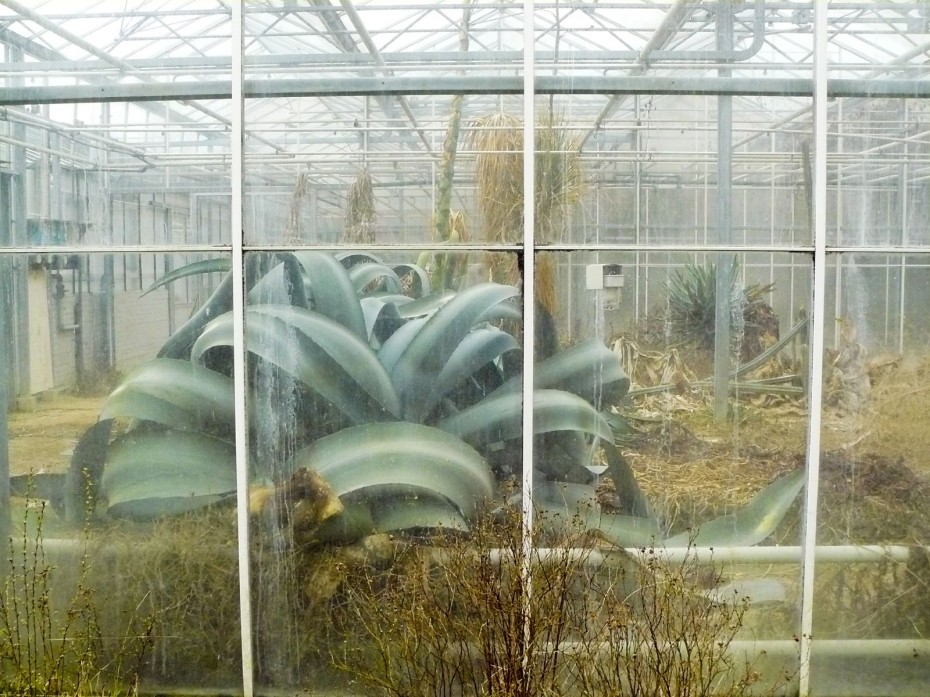 The Alton Towers site opened in 1860 in Staffordshire with flower shows and garden tours until a theme park was built on the site in 1980. Apparently they didn’t think the kids would be interested in the greenhouse. 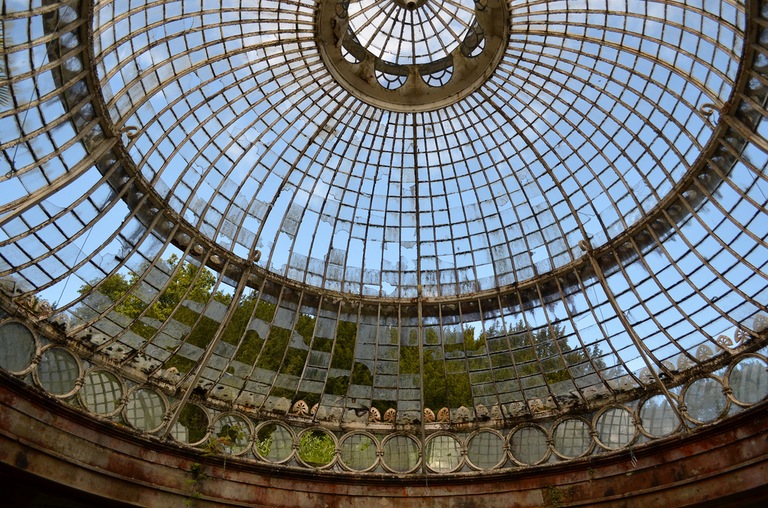 Just off Route 9 in Yonkers, a half-hour drive north of New York City, the Boyce Thompson Institute is an abandoned agricultural institute where the plants have gone wild. Opened in 1924, a collection of fields, greenhouses, and laboratories, its purpose was to improve society through the study of plants. William Boyce Thompson, an American mining magnate, established the institute after traveling to Russia with the Red Cross in 1917 and witnessing poverty and starvation. He was concerned about the USA’s growing population and the possibility of the food supply. It operated until 1978, when increasing air pollution and property taxes warranted a move to Cornell University’s Ithaca campus. The city of Yonkers currently owns the property. Since 2005 there has been talk of turning it into a commercial building and wellness center, but for now the buildings sit in limbo — windows smashed, walls covered in graffiti, and plants slowly enveloping the greenhouses. (via Slate) 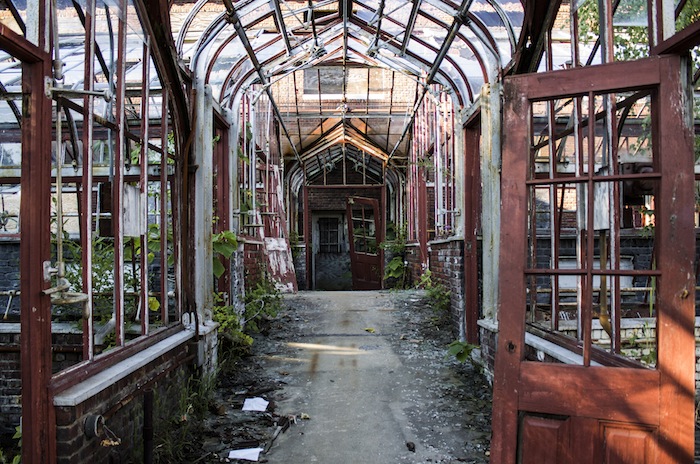 Photographed in Ohio by Shane McNelly 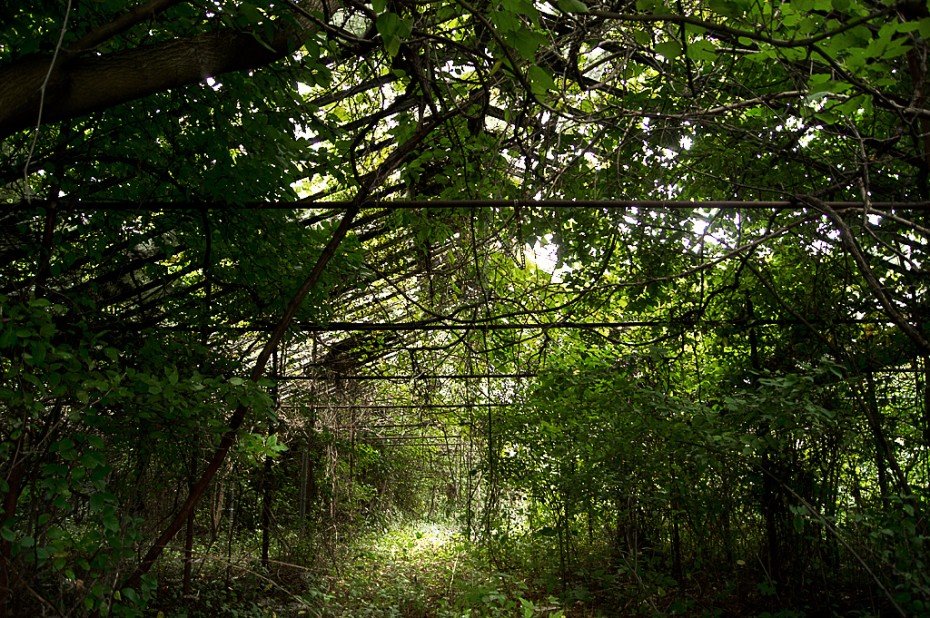 Another one in Ohio… 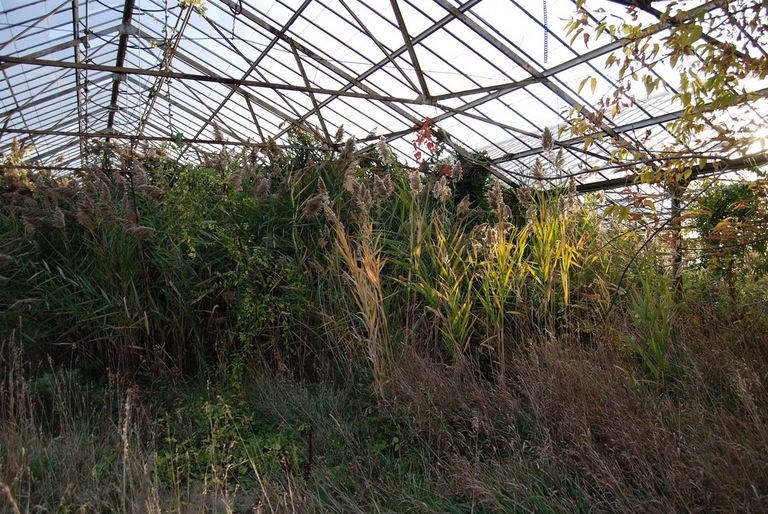 “These plants are taller than me”.

It looks like Ohio is a hotspot for abandoned greenhouses, here’s another one… 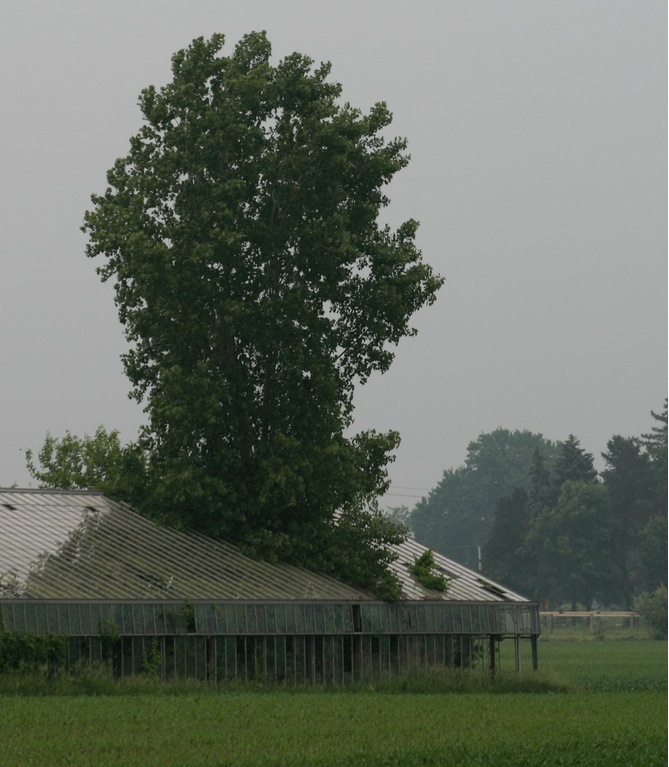 Location, identified through the comments as Otto’s Greenhouse. One commenter wrote:

“I worked for and with Ken Otto at his Warrensville Greenhouse from 1981-1984. My heart breaks seeing this picture. Ken took me as a young teen and gave me responsibility, skills and value. He played a vital role in my life and to this day, I wish I could somehow let him know how precious and valuable those few years were and how they contributed a great deal in making me the man I am today.”

Photographed by Brian B. 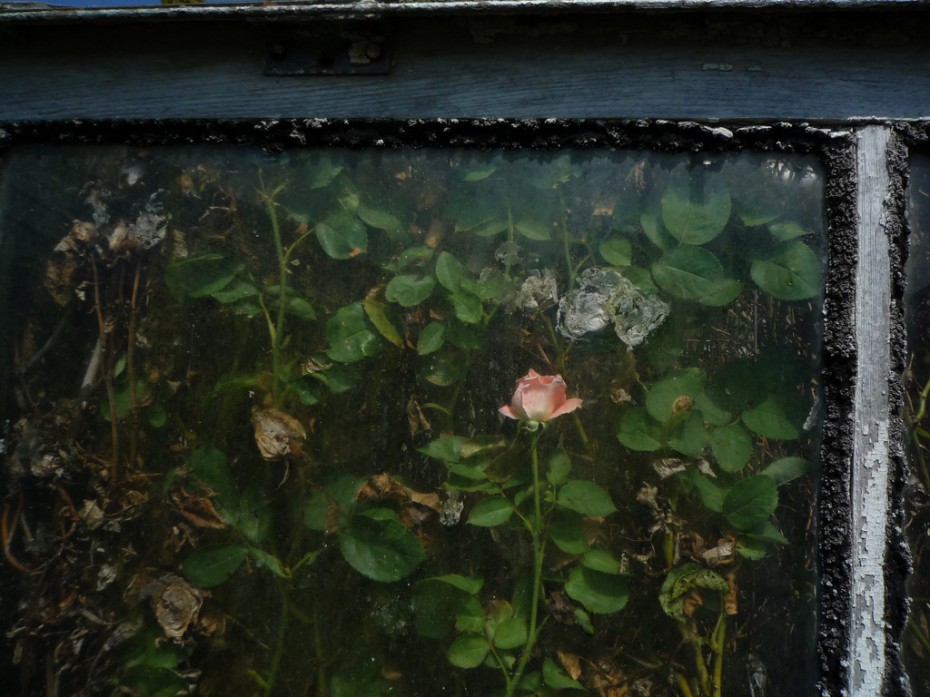 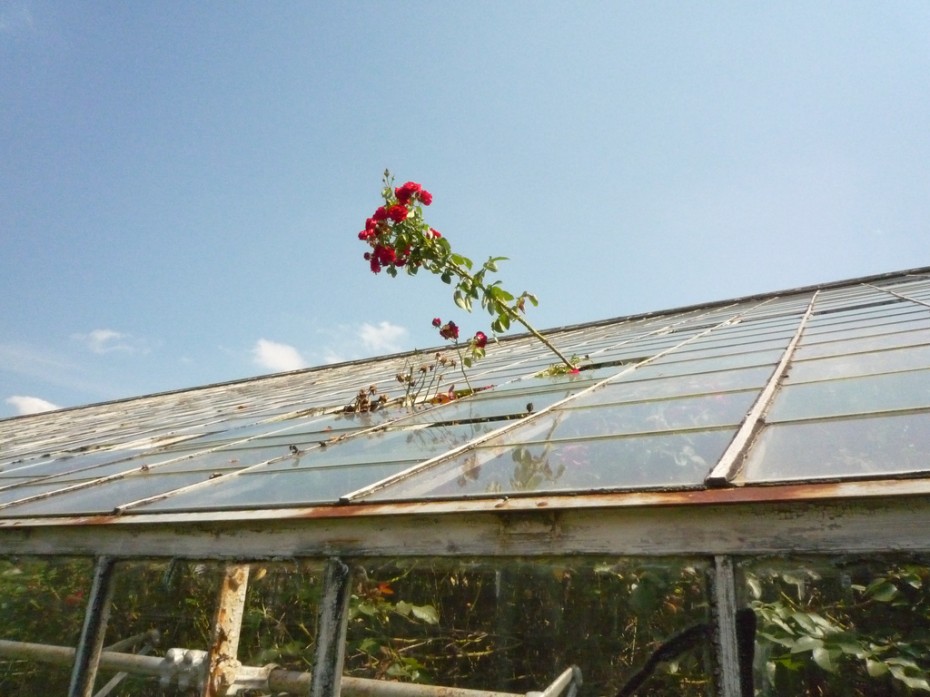 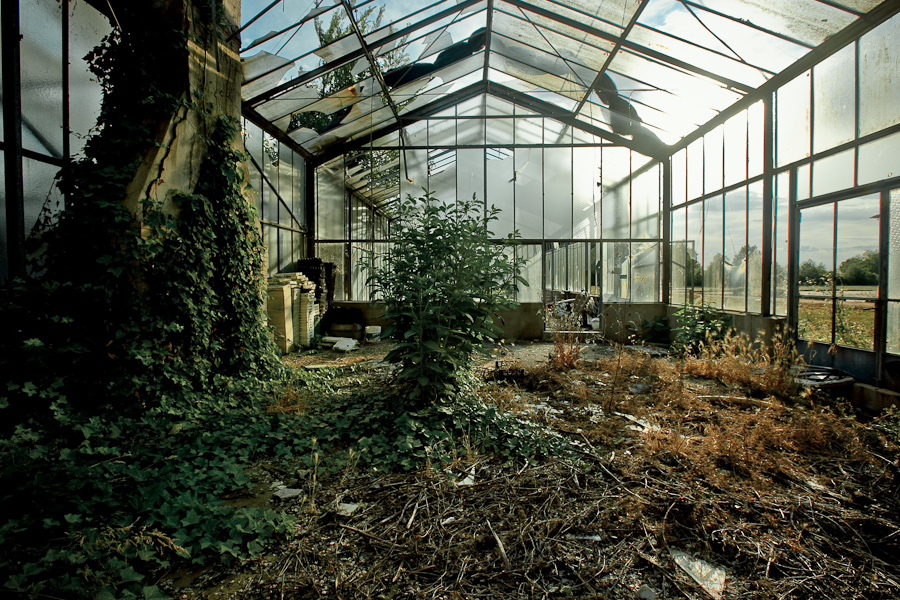 Location not given, photographed by Neil Berret. 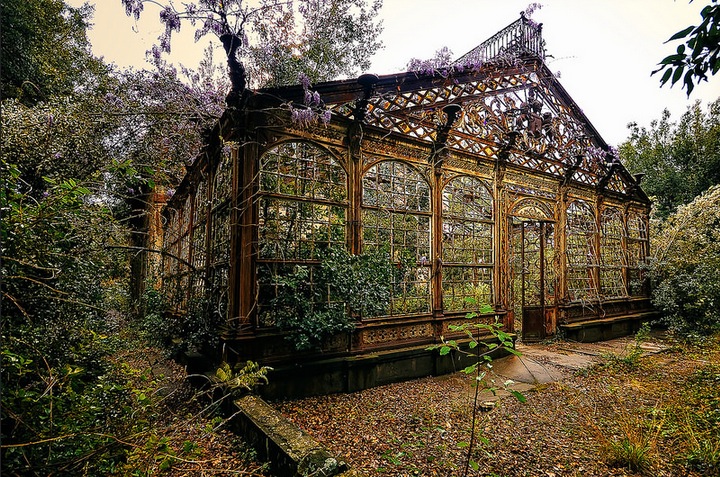 “The Steampunk Greenhouse”, photographed by Nicola Berlotti. The location has been kept quiet but seems to be a popular spot for urbex photographers, more incredible shots of the interior can be found here.

Does this make you sad or happy that that the plants seem free?

Thank you to Messy Chic