How Can You Treat Box Blight?

Box blight has had a devastating effect on the vegetable masonry of our gardens. Common box or boxwood, Buxus sempervirens is the foundation of classical formal gardens and contemporary designs.

Yes, there are alternatives, but it is hard to consider replacing such a long established and versatile shrub. The blight that affects boxwood is widespread and feared by gardeners across Europe and the US. Some treatments exist, but do they work?

Because boxwood is such a widely used shrub the disease is well known, but often identified incorrectly. The first question is: “have my plants really got box blight?” 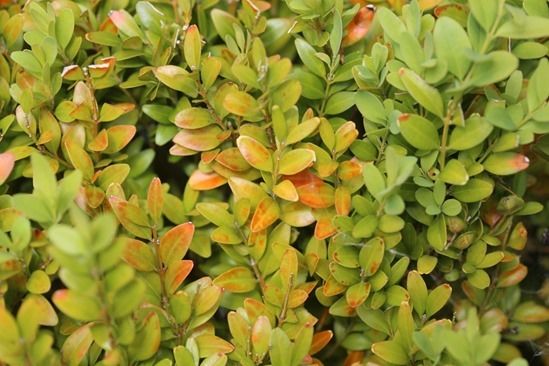 Boxwood frequently takes on a bronze or orange hue, especially in late winter, and when it is growing is a fairy sunny position. This colouration can be quite extreme and the plants look sick. It is particularly common on plants grown in pots.

This is not box blight, it is usually caused by nutrient deficiency, normally potash. Potash is the most soluble nutrient and is easily washed from the soil; therefore plants in containers that are watered regularly become starved of potash.

The effect is more pronounced in winter. The remedy is a high potash fertiliser and I recommend a solid, slow release rose food and a generous application of liquid tomato fertiliser. The latter can be repeated after two weeks and the plants should green-up quickly. 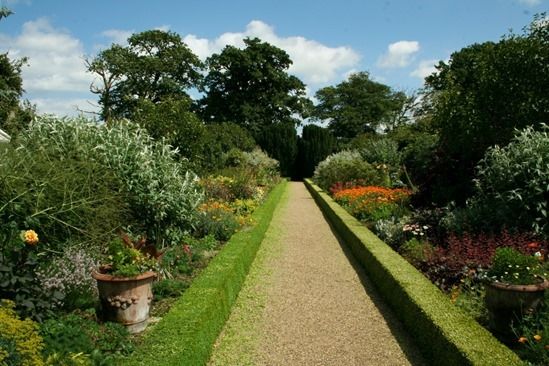 Despite its hardiness, the new growth on box can be very susceptible to frost damage. This results in that soft new growth turning white and translucent. As this dries out it is easily mistaken for box blight.

This is most apparent on low, flat-topped hedges that have been stimulated into soft growth by early cutting. The right time to trim box is midsummer. In the UK we say on Derby Day; a famous horse race that takes place in June.

Wherever you garden, assess the weather conditions and trim once the spring flush of growth has developed, hardened and danger of frosts has long passed. 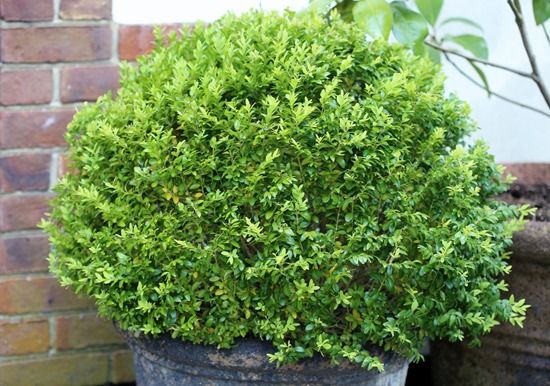 You can help your boxwood to resist devastation by box blight by growing it well. This is a fungal disease that loves warm, damp conditions.

Don’t overcrowd the boxwood plants with other subjects; maintain good air circulation around them. This is easier said than done if you are using low box hedges to add formality around effusive informal planting.

Also remove fallen leaves from the top of box hedges in autumn and winter; these can cause die-back and weaken the plants. 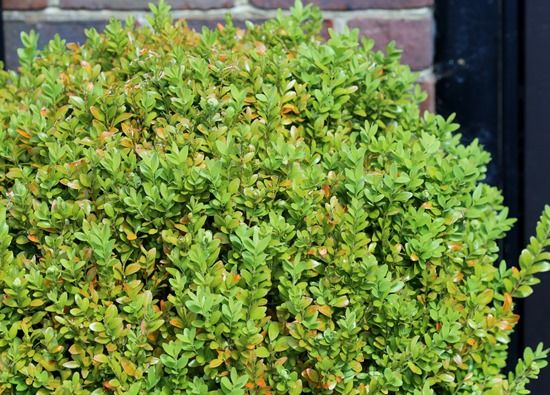 Like most hedging plants box is often starved. Feed annually in spring with a slow release fertiliser with all the main nutrients and trace elements. 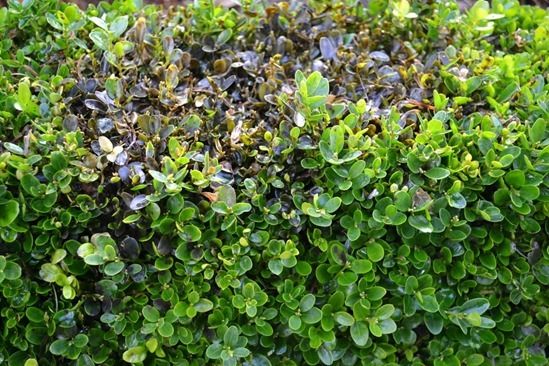 At first signs of infection spray with any general fungicide and repeat at 14 day intervals. Some fungicides now carry a recommendation as effective against box blight.

Then treat the plants as above: feed, water and remove competition. It will get worse before it gets better. However plants often come through it and recover. 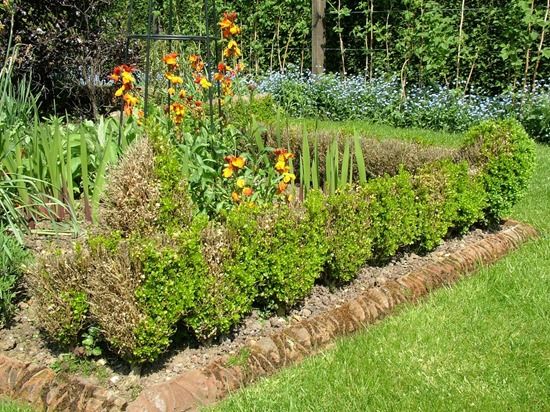 There are a number of different types of boxwood, however none have, to date, proved resistant to the fungal pathogens that cause box blight.

An added precaution is always good garden hygiene. Remove dead and fallen leaves and mulch the soil surface with a general planting or growing medium to prevent re-infection from spores lurking on the ground. 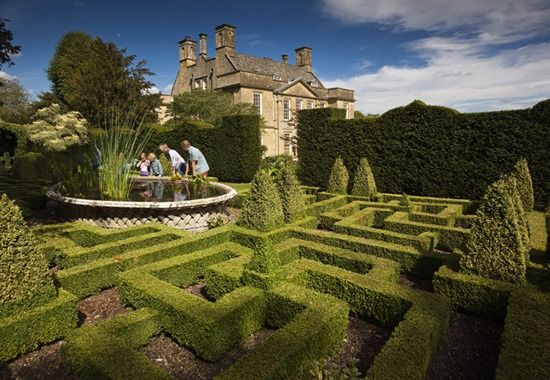