My earliest memory of the Christmas rose is that of my mother’s delight at acquiring a shrivelled root wrapped in peat and plastic from a well known high street store. Its arrival in the garden was announced to neighbours and visitors; all were expected to marvel at, and be overwhelmed by its presence.

All I knew of this flower was its glitter-encrusted image on those Christmas cards that came in value boxes, and from ancient relatives. I remember one that told the legend of the Christmas rose, which threw some light on its importance. There was a wonderful image of a plump, half-naked, blond baby in a manger, reaching out and touching this oversized bloom that had sprung, shining from the stable floor; the petals delicately blushed by their blessing. I was certain that the miserable root purchased from Woolworths was not the one that arose from the girl’s tears blessed by the angel in the legend, and was certainly not the one admired by the baby Jesus! 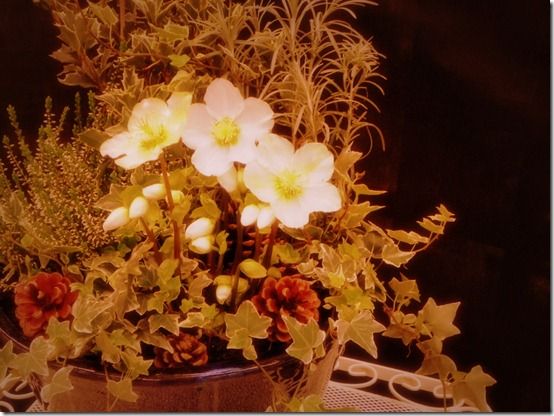 Unsurprisingly the plant in the garden failed to perform, and so it was branded “difficult”. All that emerged were a leaf or two, and a black-spotted bud, all promising further decline to come. To add insult to injury a specimen of Helleborus niger in a front garden down the road flourished, producing healthy green leaves, and numerous pure white flowers: no glitter, but rather more similar to those depicted on the Christmas cards. 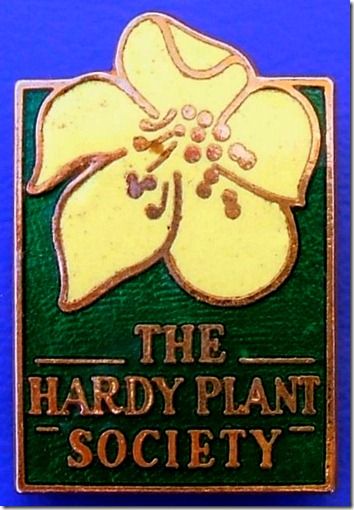 Last Sunday I had the pleasure of visiting the Hardy Plant Society, Sussex Branch, to give my lecture on “The Winter Garden”. I took along plants to sell, including quite a number of Hellebores; newer varieties that we have on trial on the nursery. Eyes lit up when I carried the tray of two glorious new Helleborus niger varieties into the hall. ‘Joshua’ and ‘Jonas’ are two of the new generation varieties of Helleborus niger: floriferous, early to bloom and everyone’s vision of the Christmas rose. Clearly the pure white Christmas rose with fresh green foliage has not lost its magic.

I read an article on the Christmas rose, written only a few years ago. It confirmed everyone’s views that the only thing close to Christmas about this plant was the name. Rarely did you find one in bloom through the holiday season; and when most plants eventually bloomed the flowers were few and far between. Breeding and selection appear to have change all this. The Dutch have excelled in producing strains which bring the winter garden indoors for temporary decoration. The variety ‘Verboom Beauty’ is usually supplied as a pot full, crammed with buds that, when combined with a little moss and a few fir cones will deliver a stunning indoor decoration. After the festive period it can be planted in the garden, hopefully to perform in subsequent years. 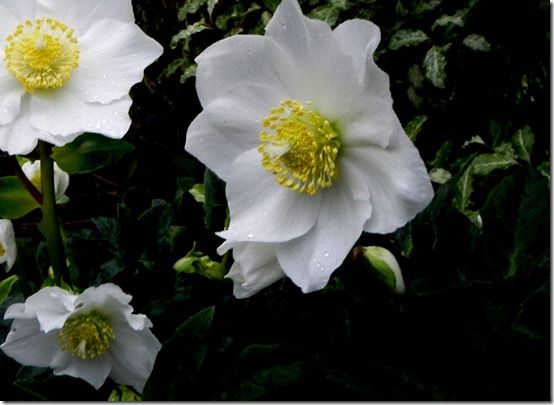 The healthy vigorous varieties ‘Joshua’ and ‘Jonas’ are also ideal for winter containers. But they promise to be long term garden subjects, providing they are given the ideal growing conditions. I think these could be the varieties to establish the Christmas rose as legendary garden plant, as well as a myth.

So how do you grow the Christmas rose? 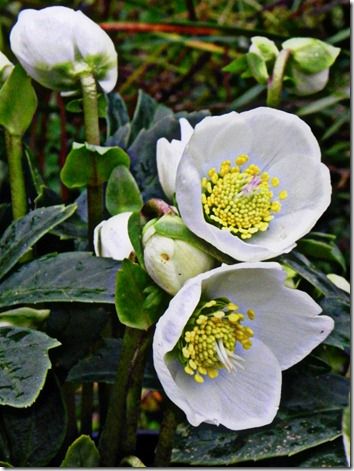 In its native environment Helleborus niger grows on chalk (alkaline) soils on the edge of woodland. Here it gets some shade in summer, adequate moisture and good drainage. The leaf litter from the trees keeps the soil humus rich. In gardens Helleborus niger has traditionally succeeded in a shadier corner of the vegetable plot: plenty of manure, regular liming to increase the soil p.H and good drainage. Those gardening on heavy clay should add plenty of grit and manure. Those on sandy soil plenty of compost and manure. Those on acid soils will struggle with this plant without the addition of garden lime.

There is much deliberation over the cultivation of Helleborus niger in pots. I have succeeded by growing the plants in loam-based compost and placing the pots on the porch, or under the eaves of the house in winter, then finding them a cooler shadier corner for summer. They do need annual feeding with a slow-release fertiliser and they resent drying out. I think these new generation varieties are definitely worth growing in this way, and I shall certainly be planting some in pots for decoration through the holiday season.

And the legend of the Christmas rose? In case you don’t know it....

The legend of the Christmas rose tells of a young peasant girl, Madelon, who wanted to worship the Christ Child. Seeing the gold, frankincense and myrrh brought by others drawn to stable, she despaired that she had no gift to bring.

She searched the countryside for flowers, but the winter was cold and harsh and none bloomed. Despondent she began to weep. A passing angel stopped to comfort her and touched the ground that was wet with her tears. The result: the Christmas rose broke through the soil and bloomed!

If only gardening was always that successful!