Visitors to the RHS Hampton Court Palace Flower Show can once again step into a lush paradise garden, simply by walking into the Butterfly Dome.

The RHS Butterfly Dome, has a lush paradise garden and thousands of exotic butterflies from Indonesia and South America. Most of the butterflies actually swarm around in a frenzy and while difficult to photograph, its lovely to watch. As you can imagine the habitat that has been created is hot like the tropics, even though you get a little toasty it is to bring a smile to the faces of all who enter.

Art in nature - Take a look at the stunning patterns on some of the butterflies. It hard to believe look as if they have been painted on. 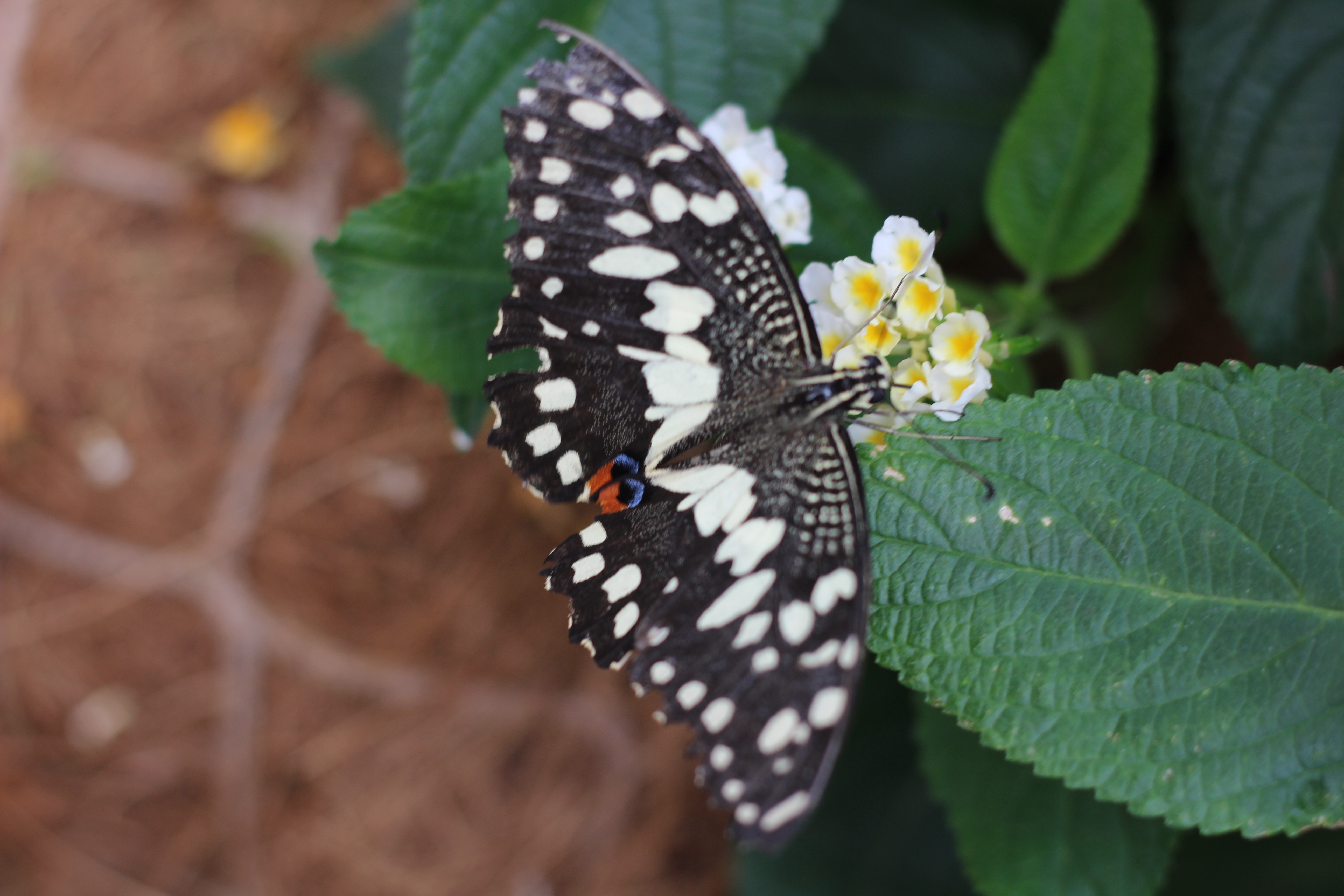 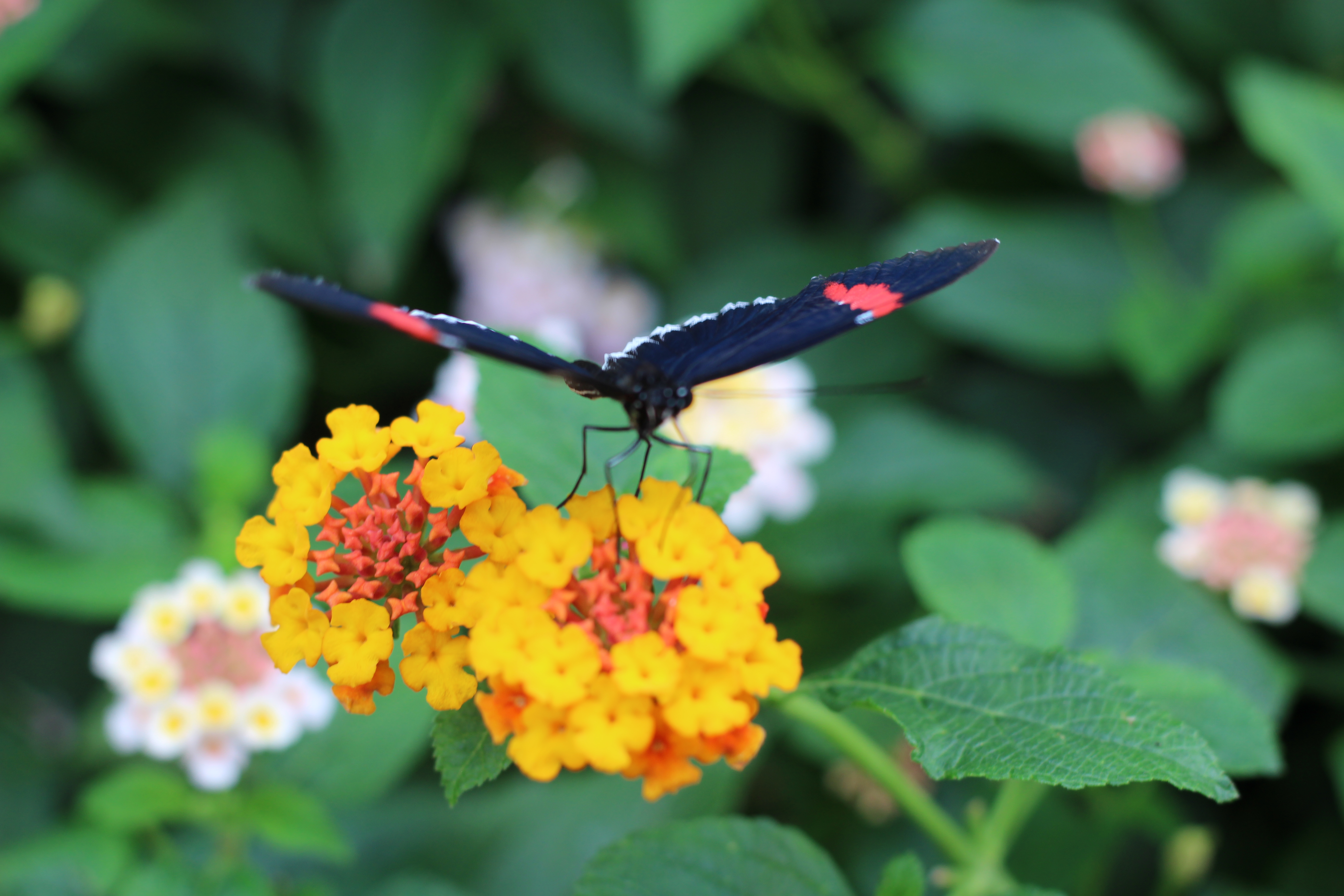 Butterflies feed primarily on nectar from flowers. Some also derive nourishment from pollen, tree sap, rotting fruit, dung, decaying flesh, and dissolved minerals in wet sand or dirt. Butterflies are important as pollinators for some species of plants. In general, they do not carry as much pollen load as bees, but they are capable of moving pollen over greater distances. Flower constancy has been observed for at least one species of butterfly. 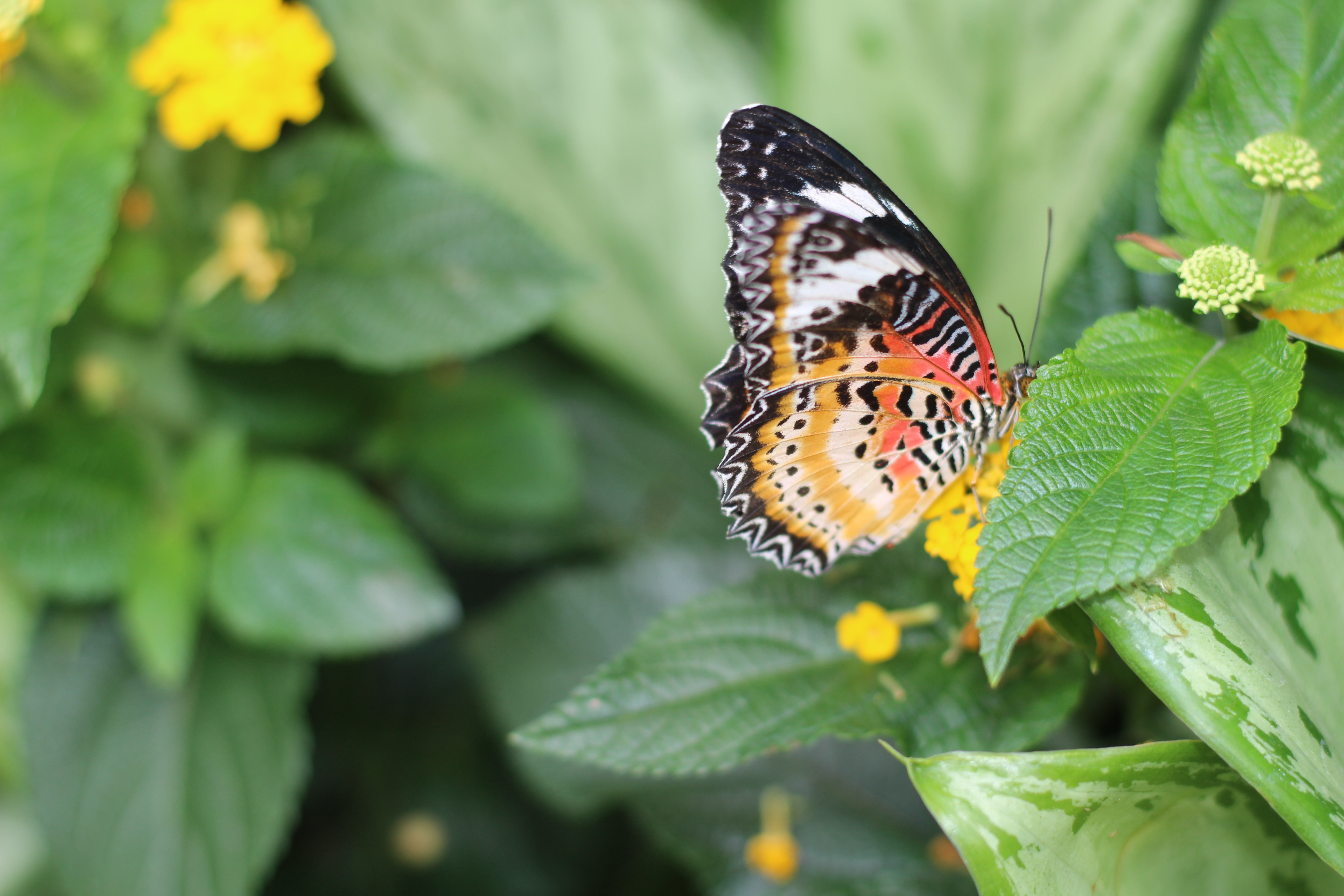 Butterflies have the typical four-stage insect life cycle. Winged adults lay eggs on the food plant on which their larvae, known as caterpillars, will feed. The caterpillars grow, sometimes very rapidly, and when fully developed, pupate in a chrysalis. When metamorphosis is complete, the pupal skin splits, the adult insect climbs out, and after its wings have expanded and dried, it flies off. Some butterflies, especially in the tropics, have several generations in a year, while others have a single generation, and a few in cold locations may take several years to pass through their whole life cycle. 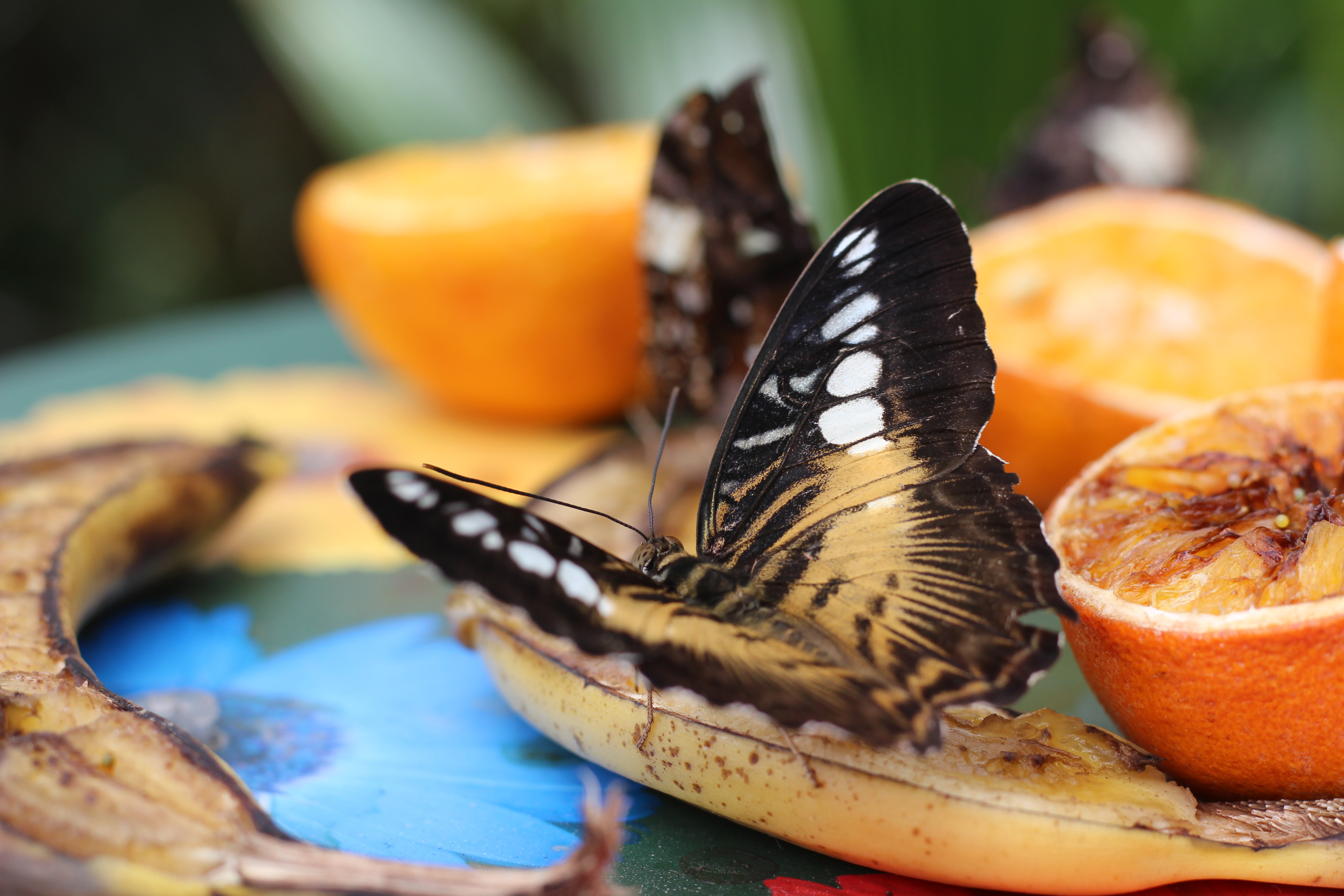 The butterflies gather at the feeding stations, attracted by the sweet, juicy fruit. This is the ideal spot to try to get a close-up photo of them while they are still. 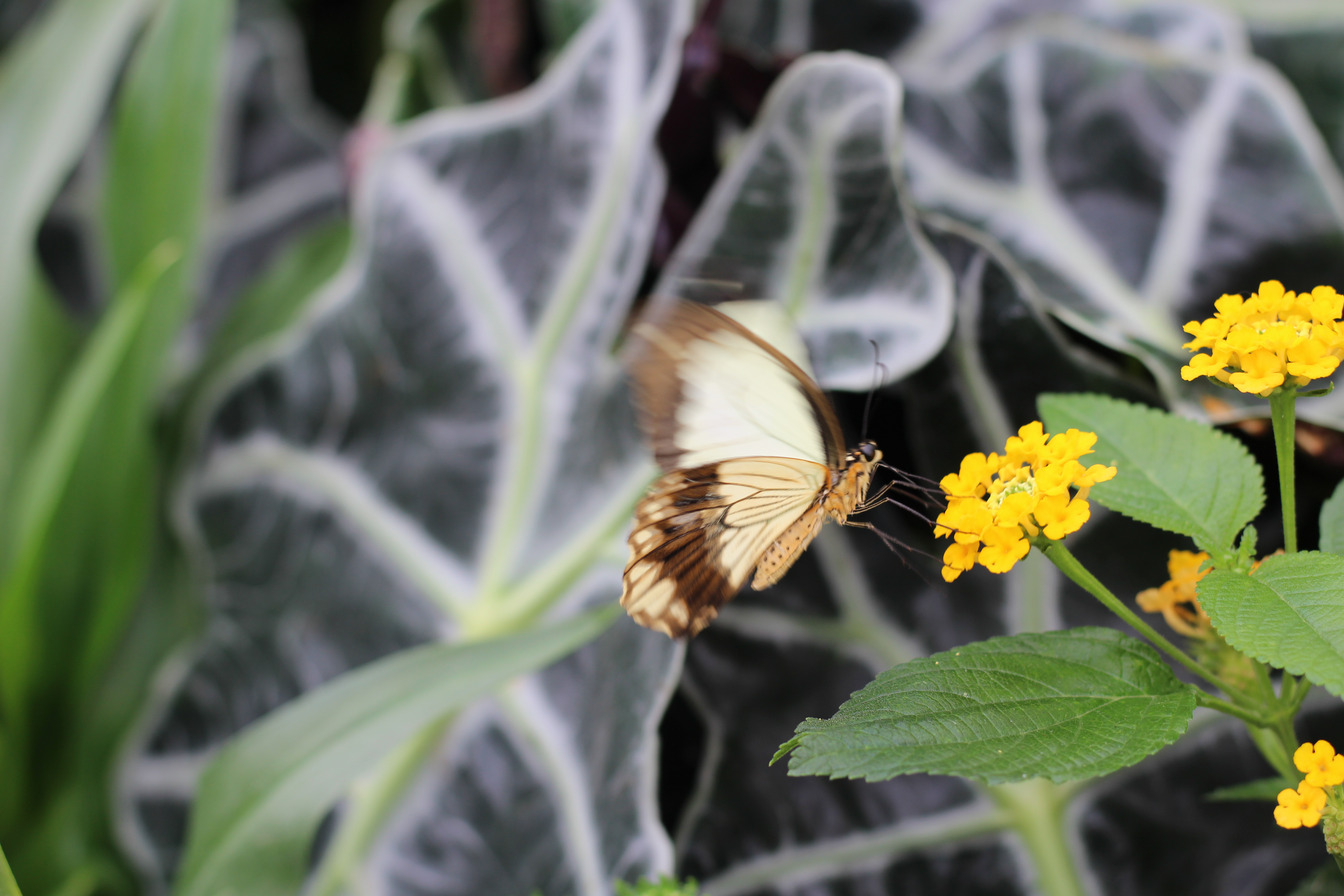 The Oxford English Dictionary derives the word straightforwardly from Old English butorflēoge, butter-fly; similar names in Old Dutch and Old High German show that the name is ancient. A possible source of the name is the bright yellow male of the brimstone (Gonepteryx rhamni); another is that butterflies were on the wing in meadows during the spring and summer butter season while the grass was growing. 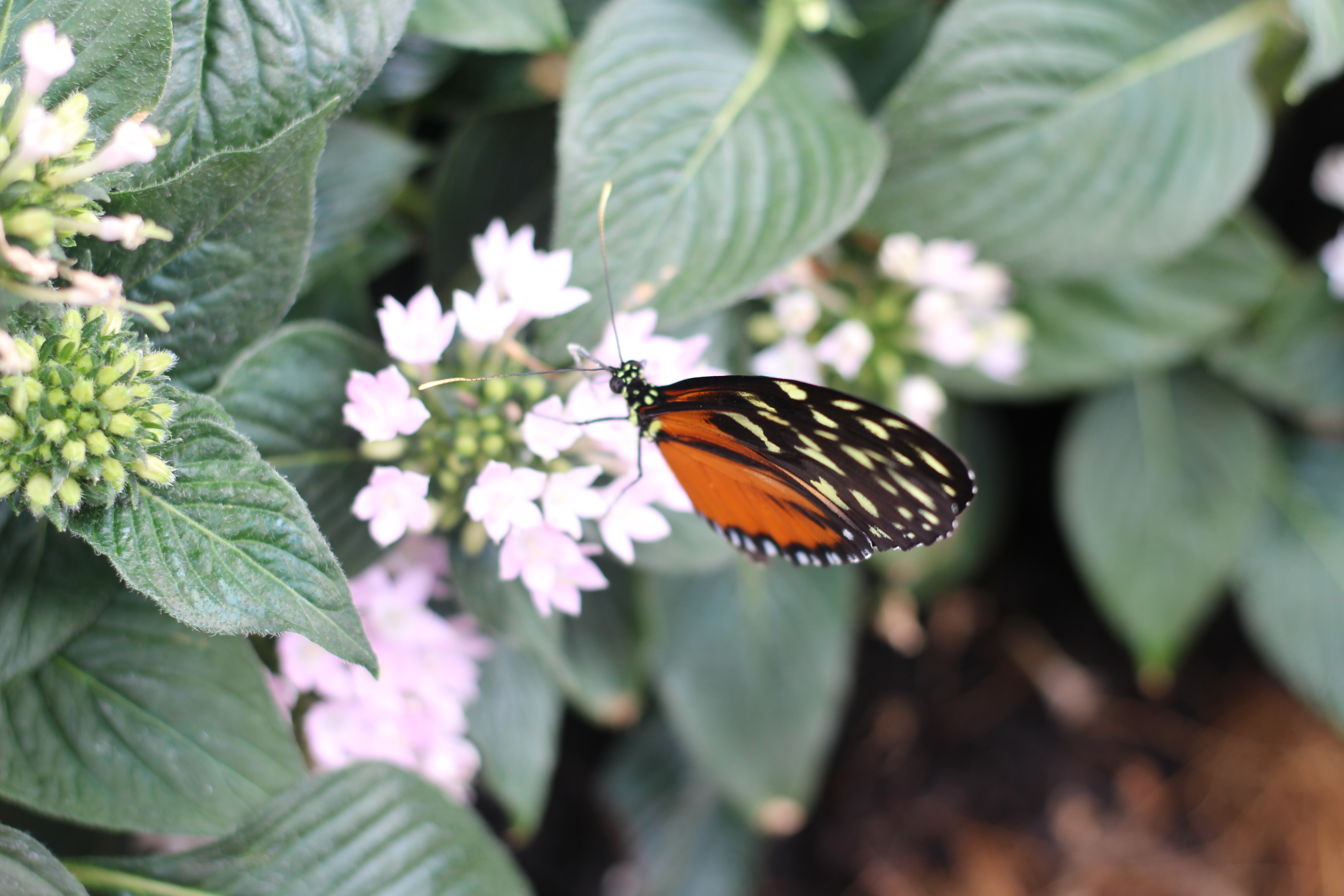 Nearly all butterflies are diurnal, have relatively bright colours, and hold their wings vertically above their bodies when at rest. 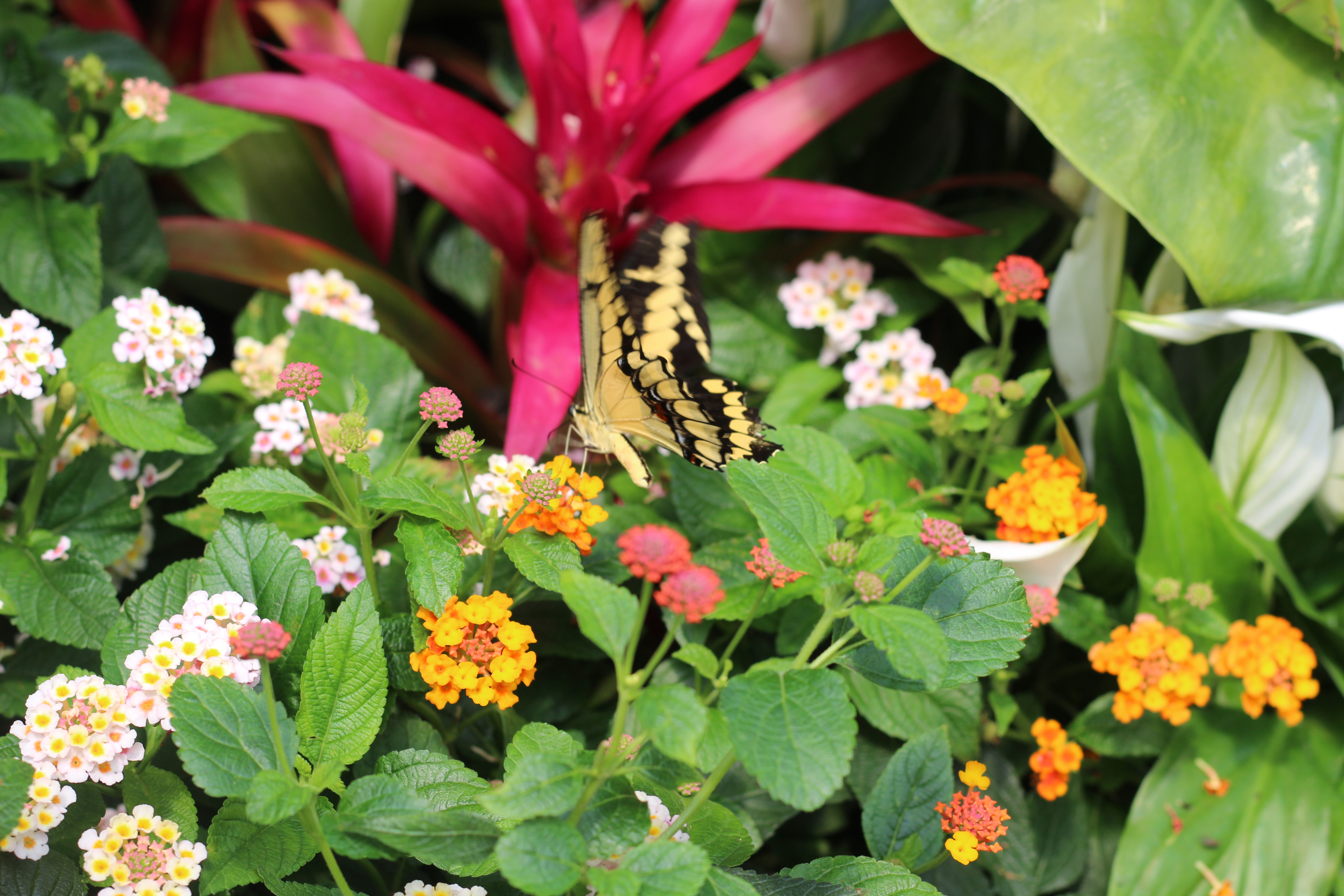 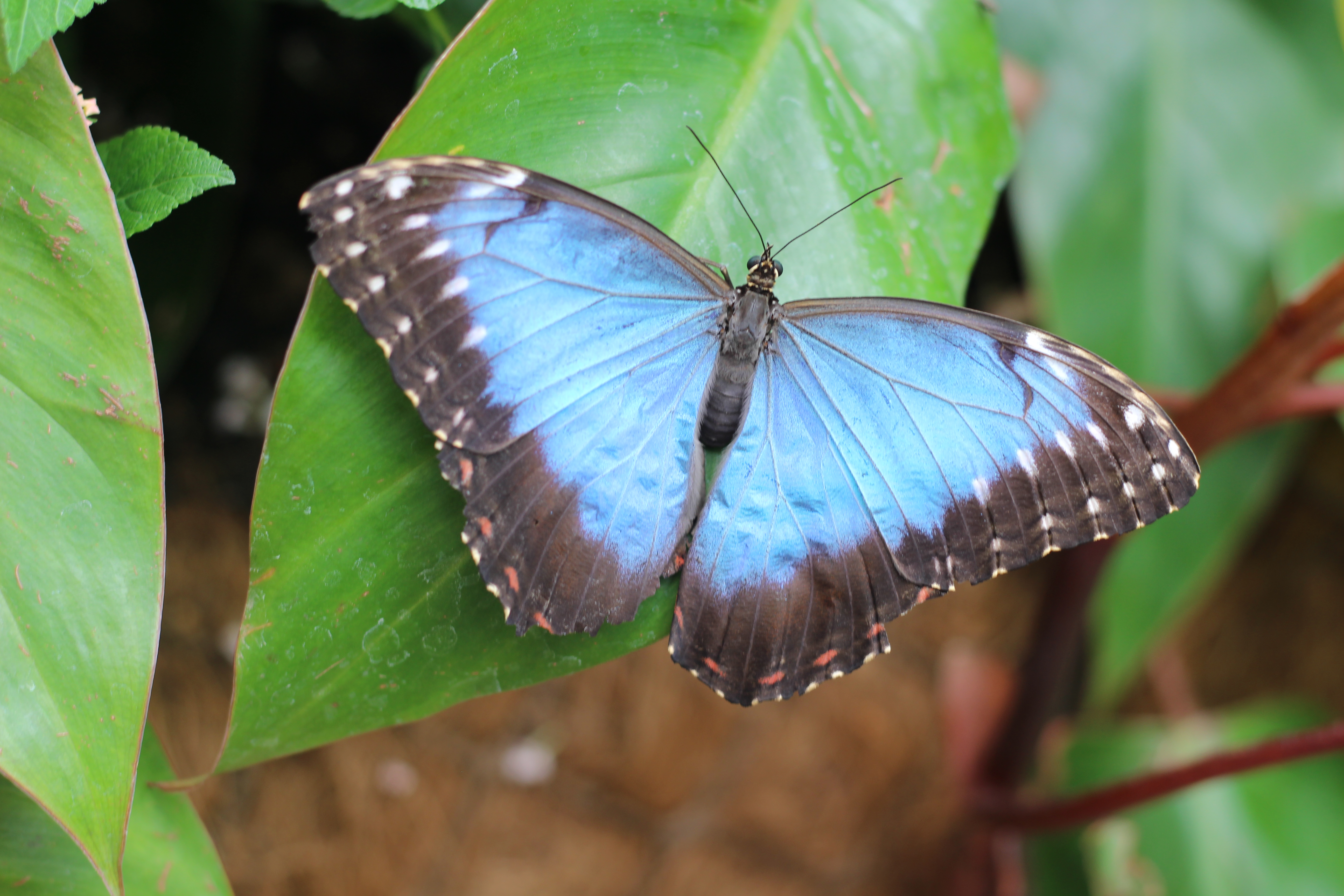 Surrounding the structure is a meadow full of native flowers, designed to attract British butterflies and other insects, while specially selected planting also attracts pollinators such as bees and butterflies.

ALL PHOTOS ARE THE COPYRIGHT OF MYONLINESCHOOLLTD