I’ve always been fascinated by tropical water plants. The idea of a blue water lily, jewel-like against emerald leaves floating on warm water inspired me as a boy, as much as growing orchids.

I remember seeing them in humid greenhouses with raised pools of warm water at Oxford Botanic Garden and at Kew Gardens. These were flowers that you desire, because you cannot have them. One of the ultimate challenges to cultivate, if you live outside tropical regions. 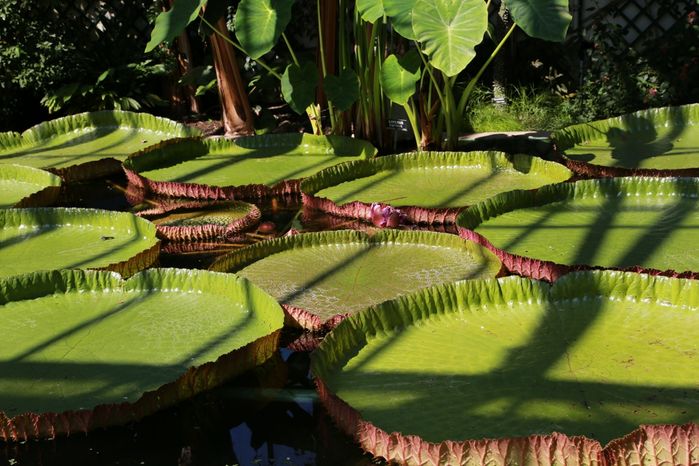 I suppose that is what inspired the Victorians. Imagine the challenge of keeping a great tank of water warm enough in a heated glasshouse to cultivate the giant Victoria amazonica, the giant waterlily of the amazon. With leaves up to 90cm (3ft) across this plant needs space.

There was great rivalry between the gardening elite to be the first to grow this monster lily. The Duke of Devonshire was the first; in reality it was Joseph Paxton, the renowned horticulturist who did so many amazing things at Chatsworth, both in the gardens and in the greenhouses. There is a famous picture of Paxton’s young daughter standing on the leaf of the Victoria water lily, demonstrating its size and ability to float. 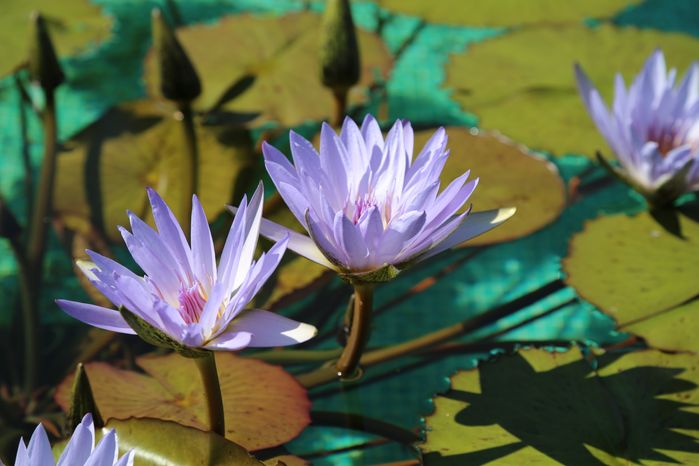 Most of us are familiar with white, pink and yellow waterlilies, so blue ones are something special. The sacred blue lily, Nymphaea caerulea, sometimes referred to as the blue lotus originates from the Nile and East Africa, but is now widespread in Asia.

Its sparkling blue flowers are depicted in ancient Egyptian art. It was held in high regard in Egyptian mythology because of the belief that it rose and fell with the sun. The blooms open in the morning and close at night. 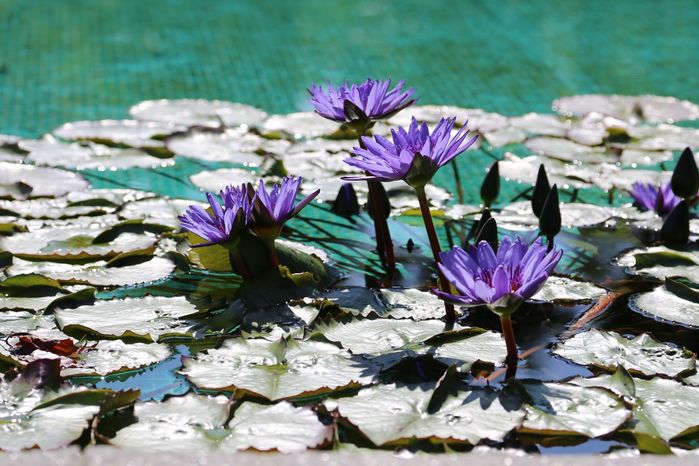 It is also known as the sacred narcotic lily of the Nile; eating the flowers can act as a sedative. The petals are also used to make tea and various other infusions. 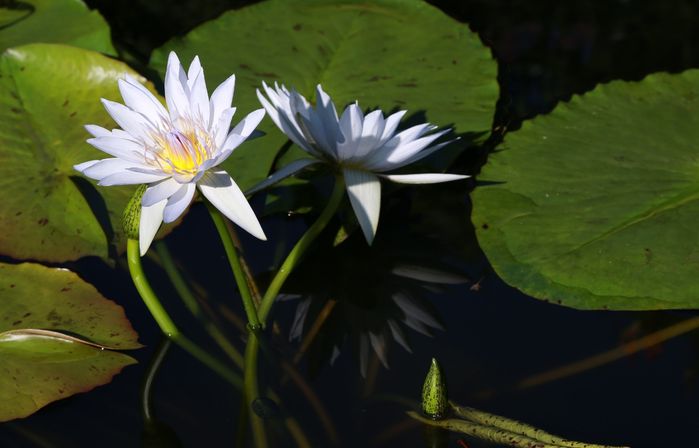 There are many gorgeous varieties of tropical waterlily in a range of jewel colours: purple, pink, blue, lilac. There are also night blooming varieties, but these are less likely to appeal to the gardener.

It is possible to cultivate them in more temperate regions in a sunny, sheltered garden with a shallow pond where the water temperature exceeds 18c (65f). The rhizomes are potted with the growing point near the surface of a container of aquatic soil (available from specialist retailers). The rhizomes of most tropical lilies grow vertically rather than horizontally, so pot in the centre of the container.

If you don’t know which the growing tip is, plant the rhizome on its side. Most growers recommend a solid container to contain the roots to prevent them feeding from the bottom of the pond. Start into growth in a container of water in the greenhouse and then move outside when temperatures are warm enough. In fall lift the containers and store in water indoors, if warm enough. Alternatively lift the tubers and store in damp sand. 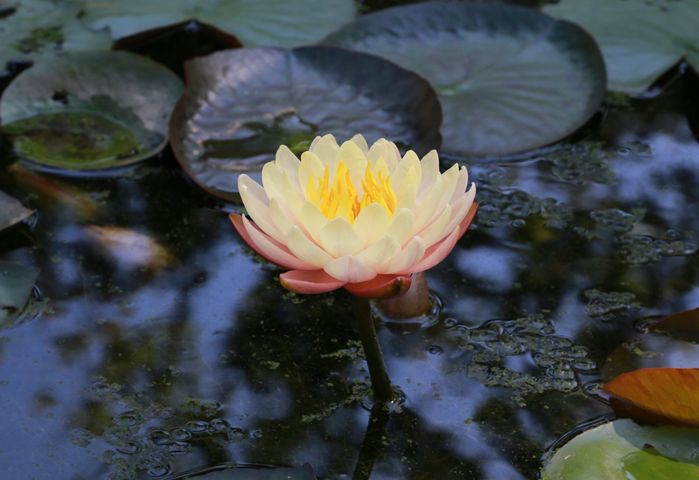 This may all sound like a bit of a performance but we are talking about growing a flower of desire. Gardeners love a challenge. When you see the reaction of people to those exquisite blooms the challenge of growing a tropical waterlily seems all the more worthwhile. 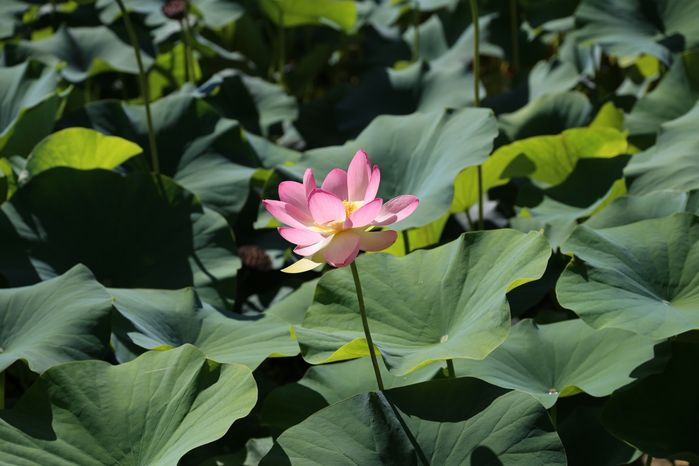 The lotus, Nelumbo nucifera is one of the most exquisite and bewitching flowers. Growing from the mud in shallow waters the leaves, like giant waved saucers are carried on stems reaching up to 150cm(5ft); the flowers a little above this.

Known as the sacred lotus, Indian lotus and bean of India it is revered in a number of religions. In the Buddist religion the lotus is the symbol of purity of spirit and mind; in Hinduism a symbol of divine beauty. 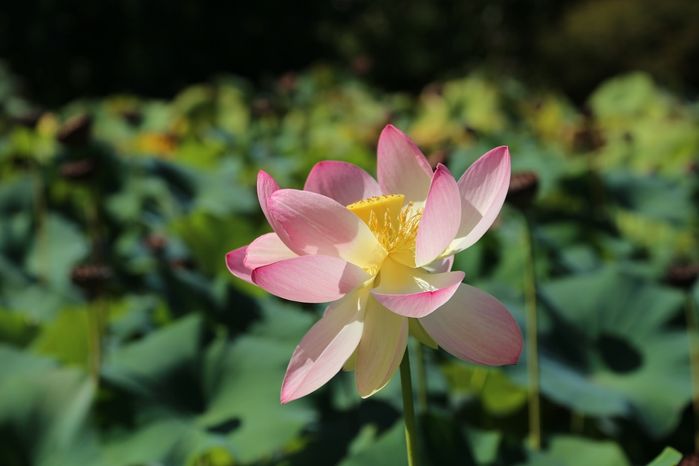 Although the lotus resembles the water lily it is not related. All parts of the plant are edible. The seeds are long loved and can survive for centuries in the right conditions.

The curious seed heads resemble watering can roses and are often used for floral decoration. The lotus is a native of tropical Asia, but it is possible to cultivate it outdoors in summer in warmer regions, if it is given winter protection. The roots can be stored in moist soil in the greenhouse over winter and then plant them in shallow water outdoors when temperatures rise in spring. 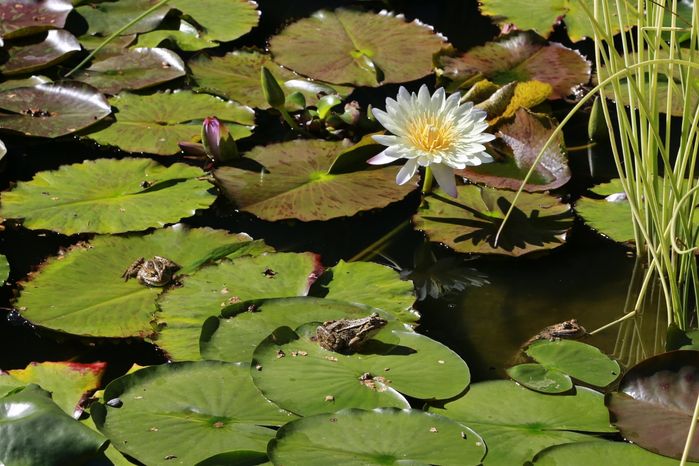